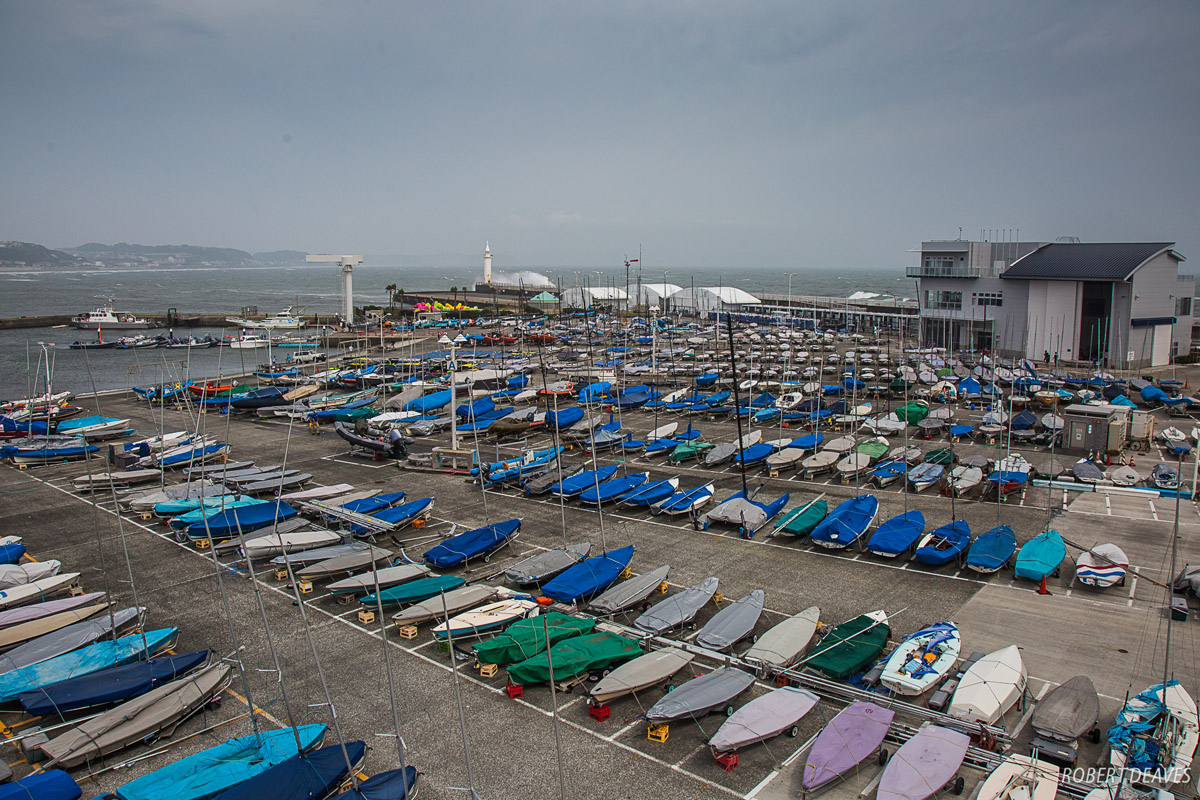 The sailing venue at Enoshima

A fleet of 22 Finns, three larger than next year’s Olympic Regatta, has gathered in Enoshima for the 2019 Olympic test event – Ready Steady Tokyo.

The fleet includes 17 nations and 12 sailors who competed in Rio 2016. It includes 13 nations that have qualified for Tokyo 2020, which leaves six more spaces available, to be decided at the upcoming continental qualifiers, the first of which is next week at the World Cup series event that follows the test event. Of those 13, ten sailors have already qualified, with three still fighting for personal selection. That leaves nine nations here who have not yet qualified for Tokyo 2020. Because of the continental division only three of them will be successful. 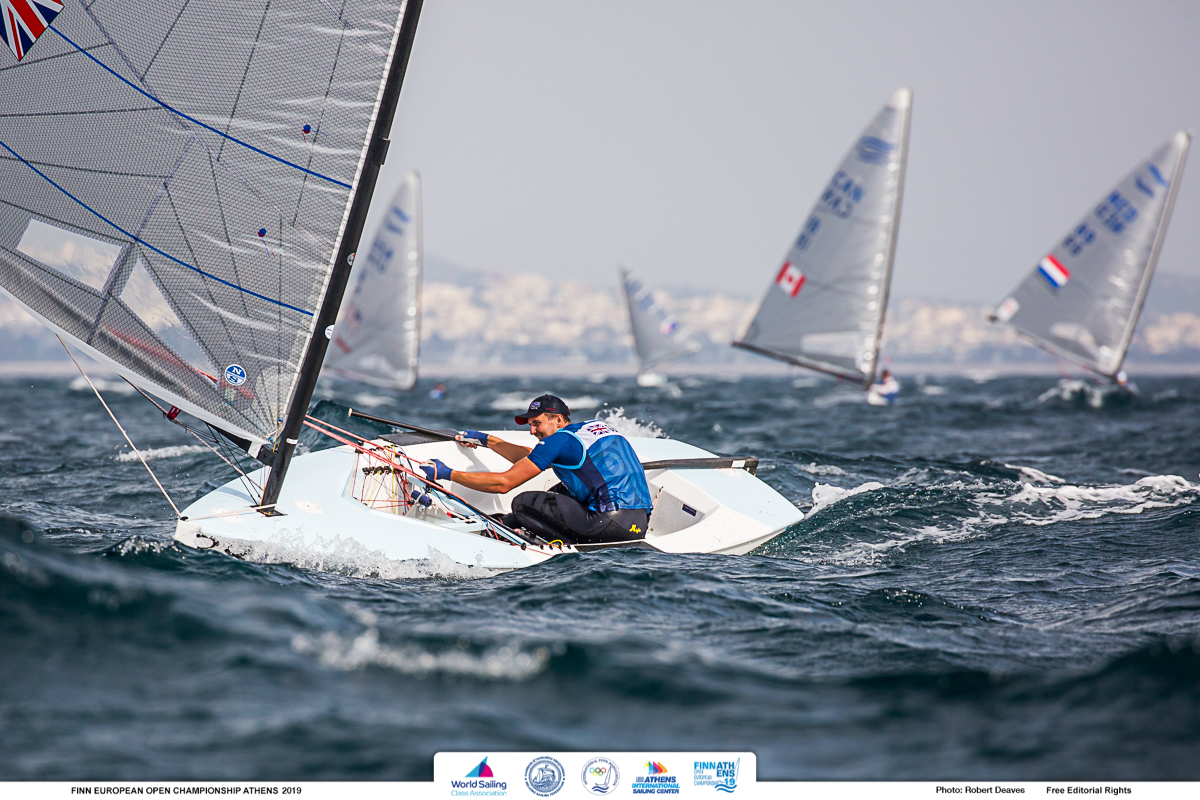 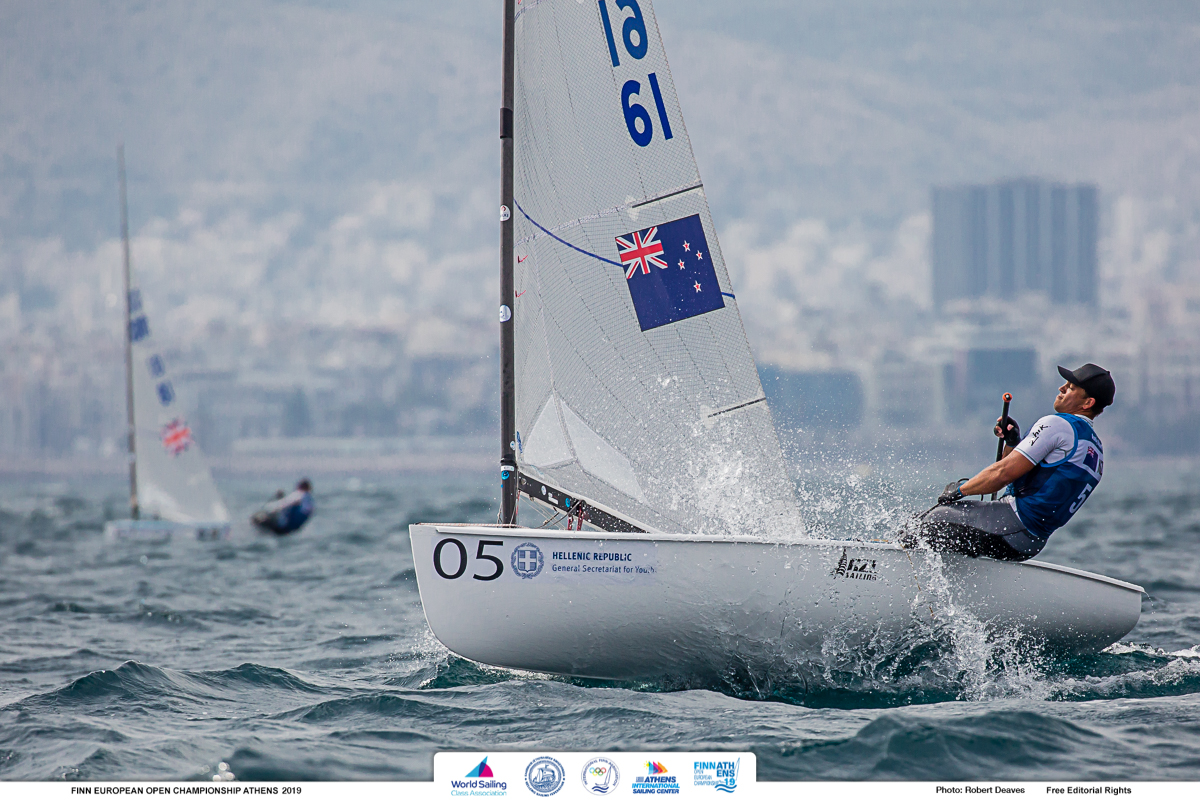 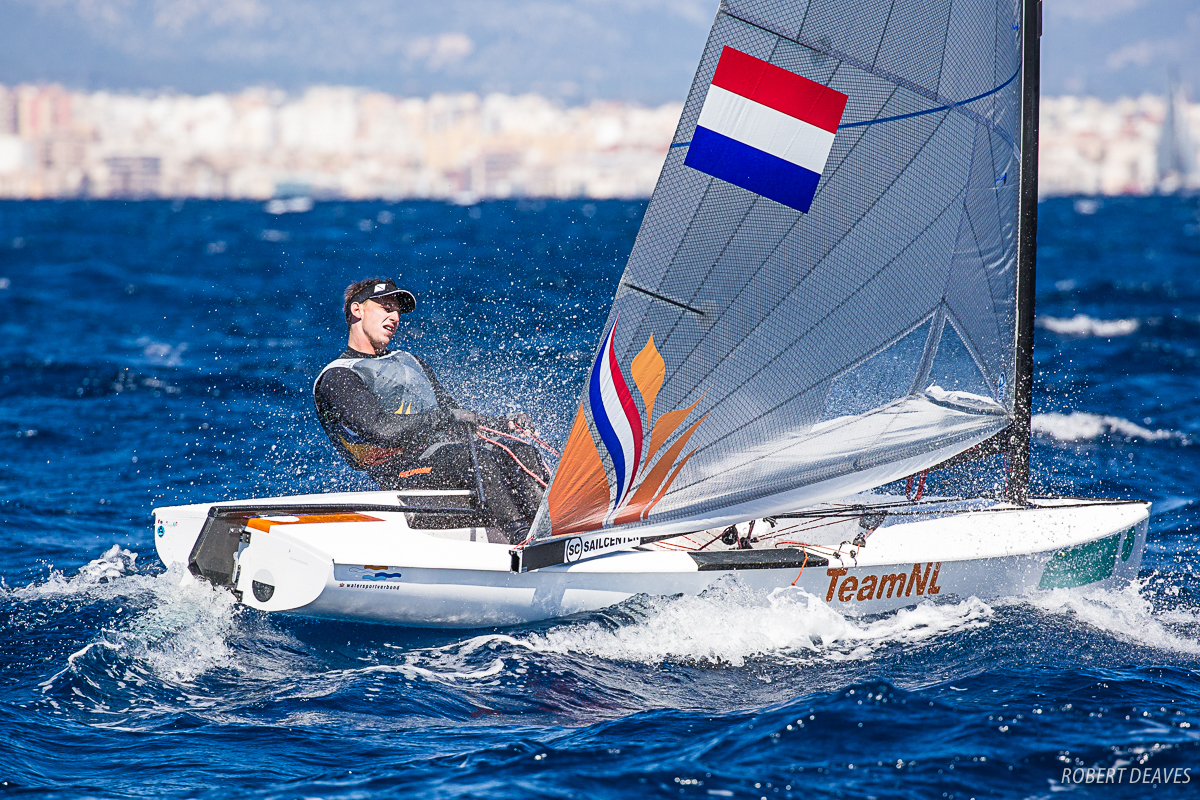 However over the past two days, it was not so much as Ready Steady Tokyo, but more, Ready Steady Wait, as the venue at Enoshima was strapped down awaiting the passing of Typhoon Krosa. While conditions leading up to the test event have been near perfect, three days before the first race, the affects of the typhoon could be felt across the venue, with increasing wind and waves, and heavy rain.

Fortunately, the weather was not as bad as expected, though sailing on Friday was out of the question. But it means the conditions for the first races on Saturday will be rather exciting, at least in terms of waves, even if the wind is expected to ease significantly.

Even though it is a test event and there is no real consequence for results this week, everyone will be looking for a good result, to lay claim to Tokyo success.

While the favourite will undoubtedly again be the 2016 Olympic champion and four time world champion Giles Scott, from Britain, he will have some tough opposition to win this week. He took his third European title in Athens earlier this year, but was pressed hard by Andy Maloney, from New Zealand, who also took the Trofeo Princesa Sofia in Palma, from Scott, in April.

Maloney is on a roll, having also won the Marseille World Cup Final in June, though Scott was not present. Also in Scott’s sights will be Nicholas Heiner, from The Netherlands, who won in Enoshima this time last year at the World Cup regatta.

Of those present, these three have been the main players over the past year. However current world champion, Zsombor Berecz, from Hungary, is going fast and could present a challenge. Max Salminen, from Sweden, the 2017 world champion, has had a fairly average season so far, but has the experience to turn it on for the big events.

The line up also includes 2017 European Champion, Jonathan Lobert, from France, who is remarkable still trying to qualify France for 2020, the 2013 world champion, Jorge Zarif, from Brazil, and the ever consistent Alican Kaynar, from Turkey.

Finally, several sailors, who are still chasing personal or national selection, will taste their first quasi Olympic experience. Luke Muller is sailing for the USA, in place of the 2016 bronze medallist Caleb Paine, who qualified the country in May. Josip Olujic is sailing for Croatia, and the young talent, Joan Cardona, is representing Spain. The week will be a real mix of age and experience.

Racing is scheduled to start on Saturday 17, August with the 10 race opening series over five days followed by the medal race on Thursday 22 August. 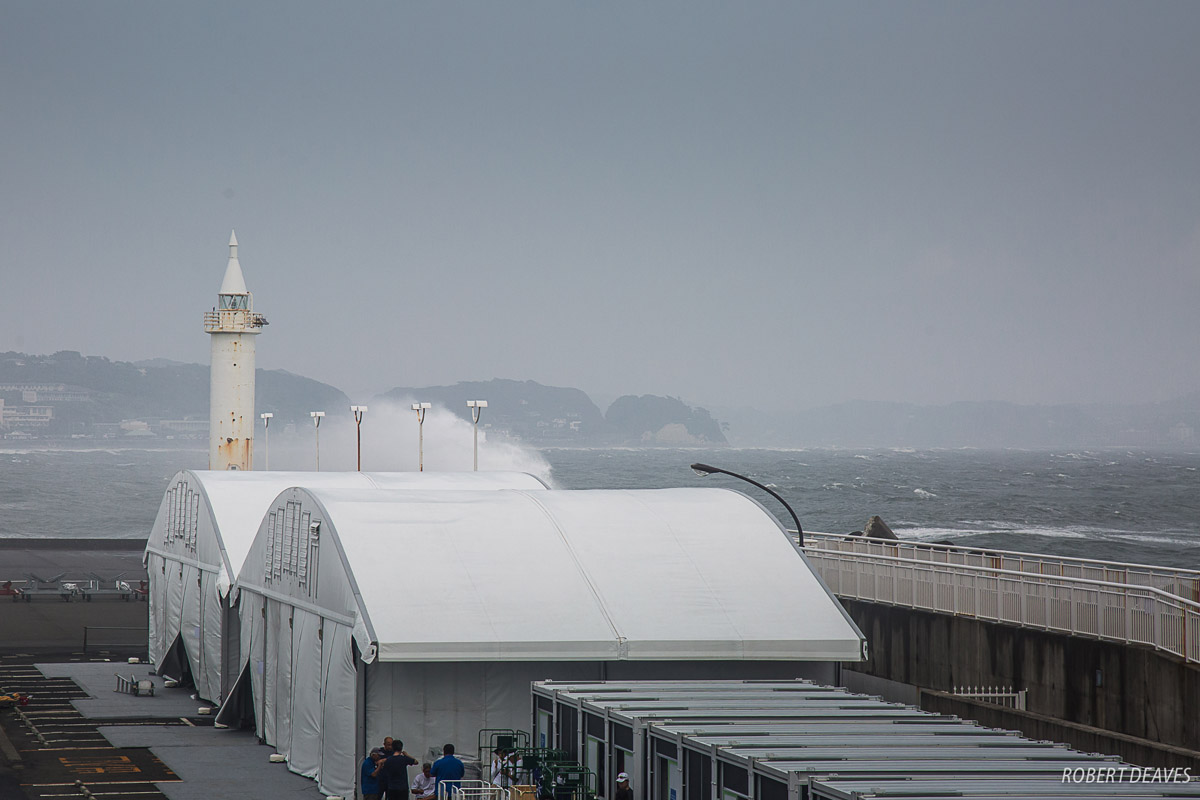 Enoshima gets battered by Typhoon Krosa