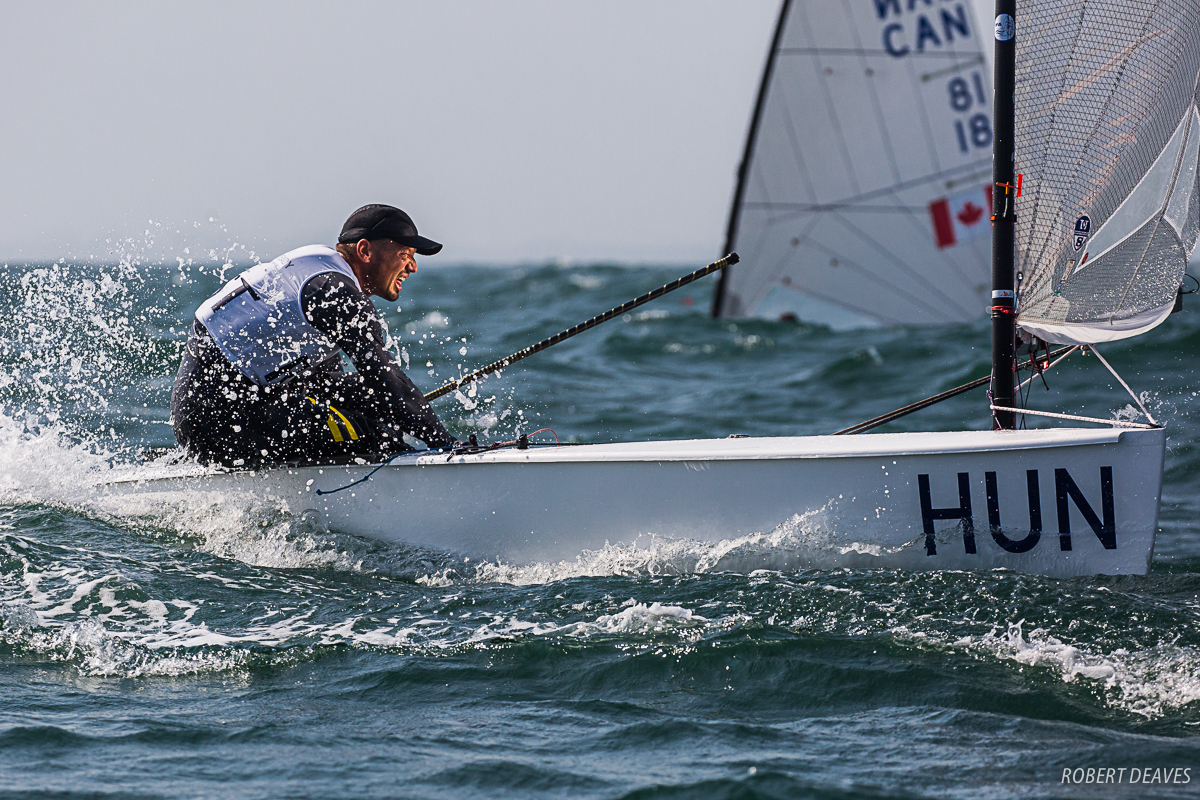 World champion, Zsombor Berecz, from Hungary, hold the lead after the epic opening day of the Olympic test event – Ready Steady Tokyo – in Enoshima, Japan. Nicholas Heiner, from The Netherlands is second, while Olympic and European Champion, Giles Scott, from Britain, is third.

After three days of typhoon weather, Saturday dawned with near perfect conditions, complete with a large swell left over from the high winds. Clear blue skies and soaring temperatures meant a hot day on the water, made even hotter by the tight racing among the 22 Finn sailors. The onshore wind of 12-18 knots meant sailing was tough, though the wind did ease at times. It was a tough but beautiful day to be on the water and the sailors loved it. 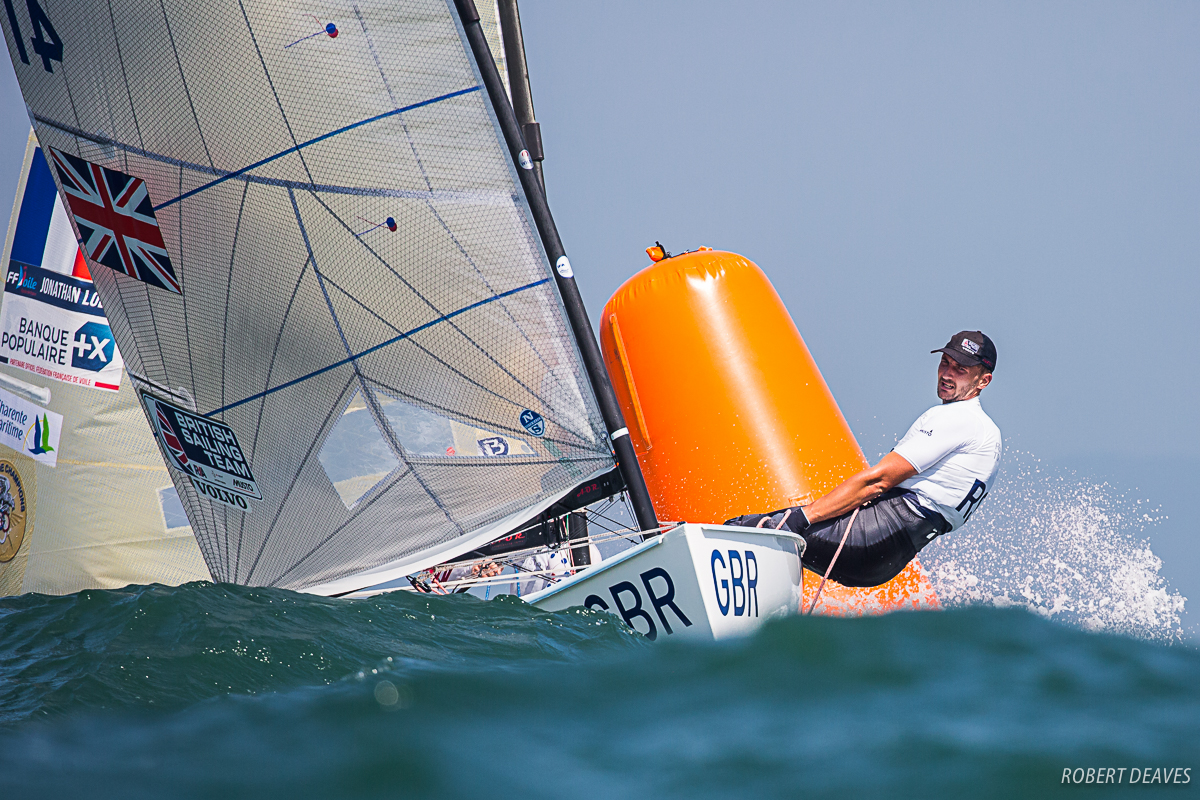 Facundo Olezza, from Argentina was the early leader in Race 1, but Scott was right behind him and took the lead at the gate from Jonathan Lobert of France. While Scott went on to claim victory, Heiner came through for second while Berecz moved up to third.

He Chen, from China led round the top mark in Race 2 after a tricky first beat. Berecz rounded second and had a nice lead by the gate, to extend to win. Heiner again came through for second, while Ioannis Mitakis took third.

Berecz said, “As we expected we had beautiful conditions, around 17-18 knots with the big waves. During the training it proved to be good conditions for me and I didn’t make any mistakes today. I stayed with the fleet and trusted my speed and I delivered the best I could do. So it was a very solid day.”

Max Salminen, from Sweden, the 2017 world champion agreed. “It was brutal conditions. It was really nice though. Wind, big waves, sunny, hot, as expected I think. The racing was great and I think Luigi [Peter Reggio] did a good job like always and it was fair racing and all good. Tight racing.” 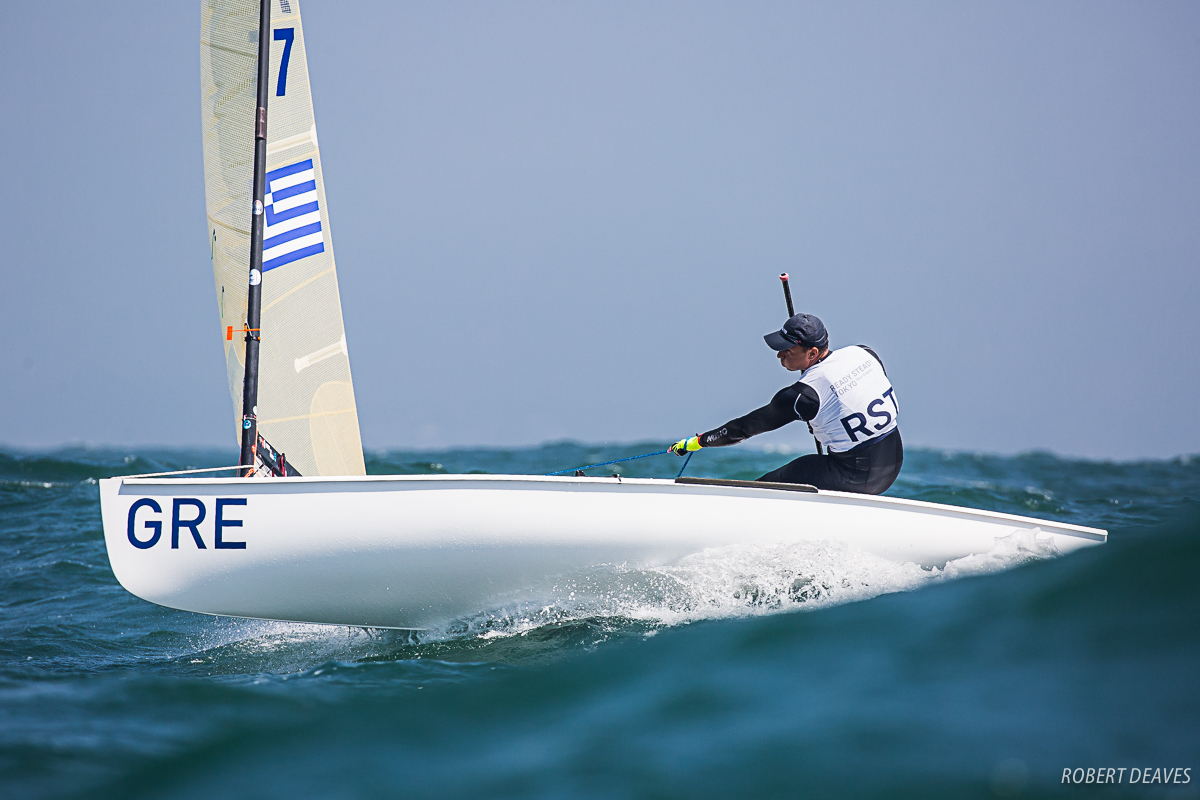 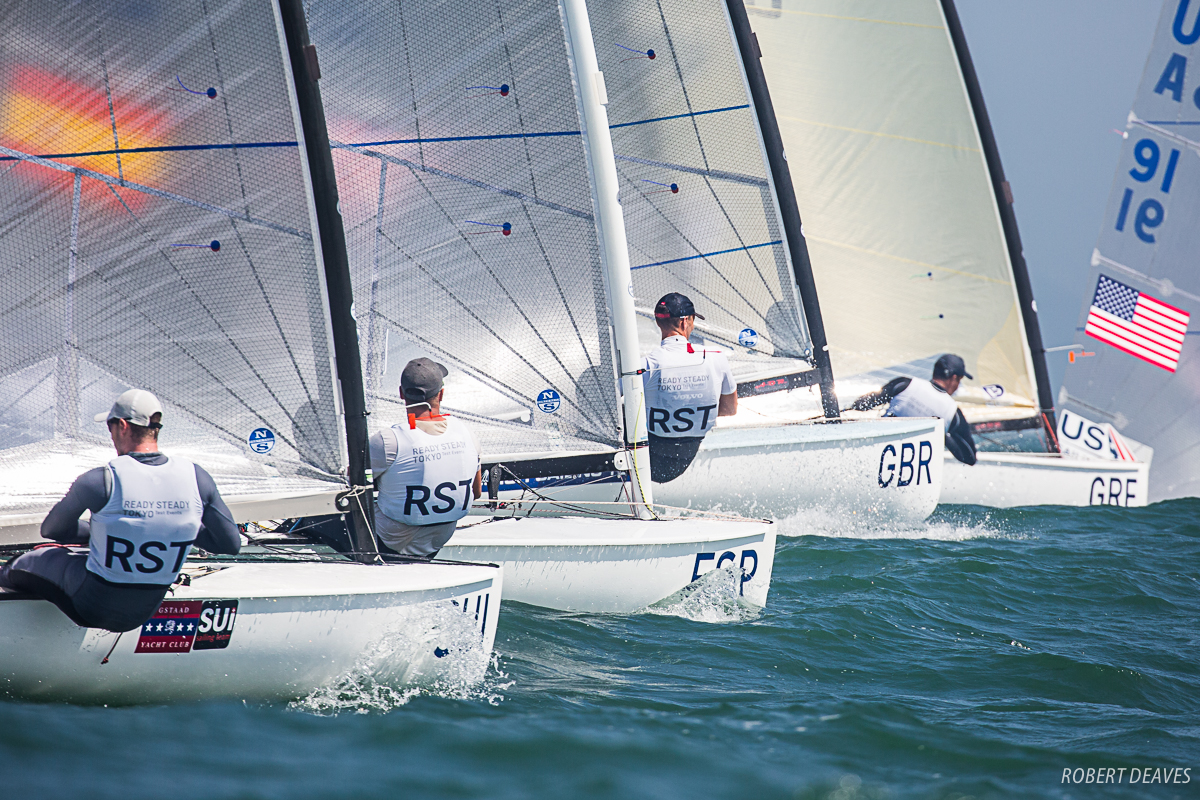 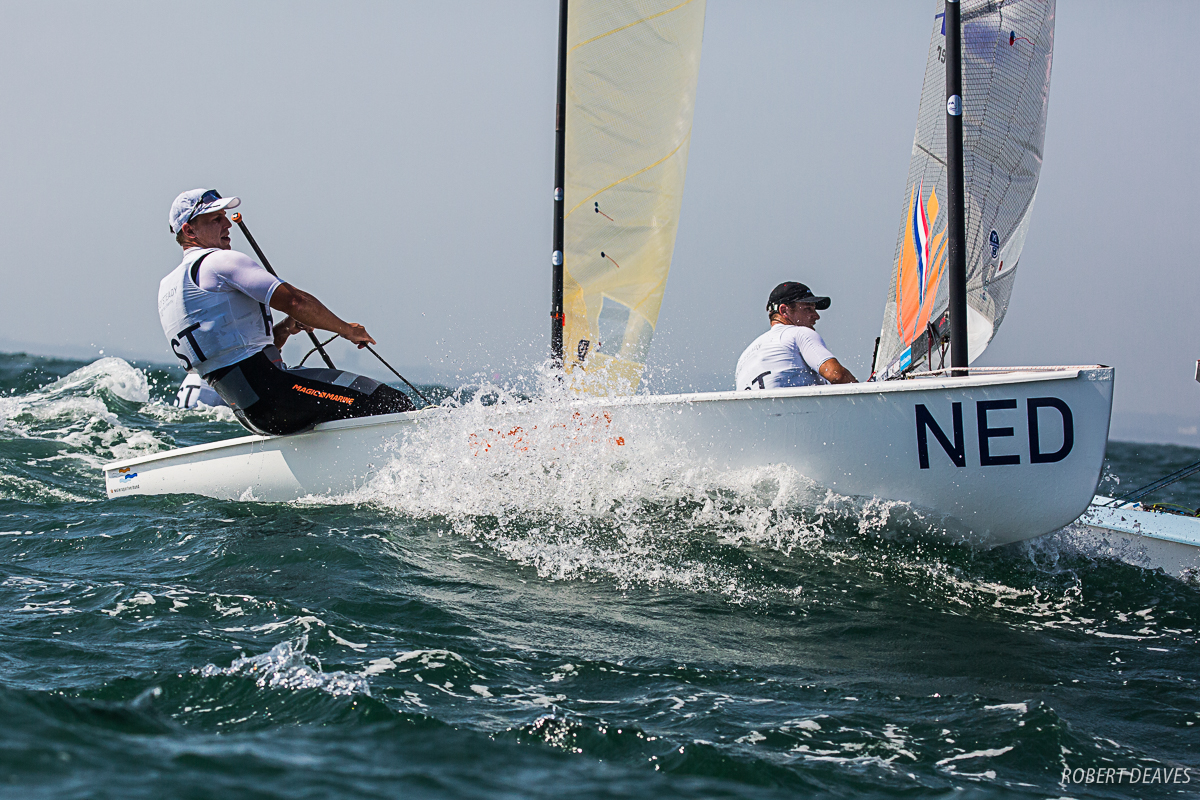 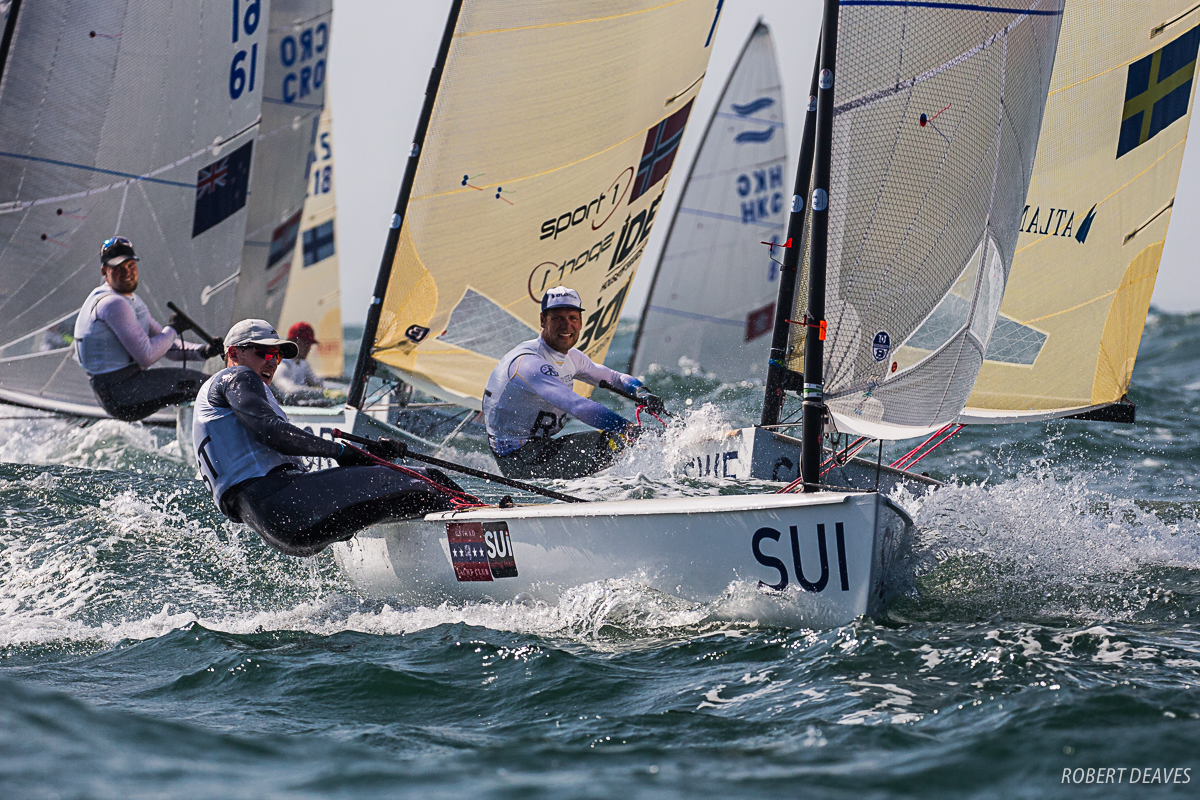 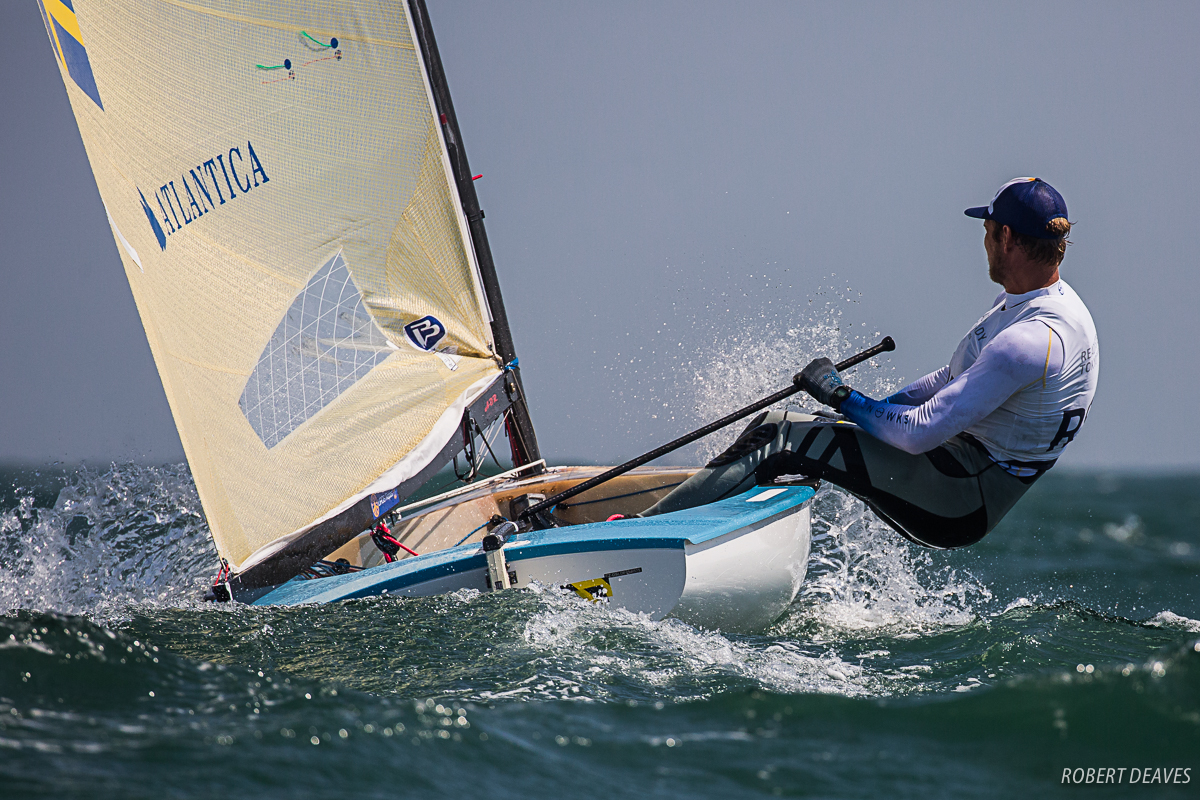