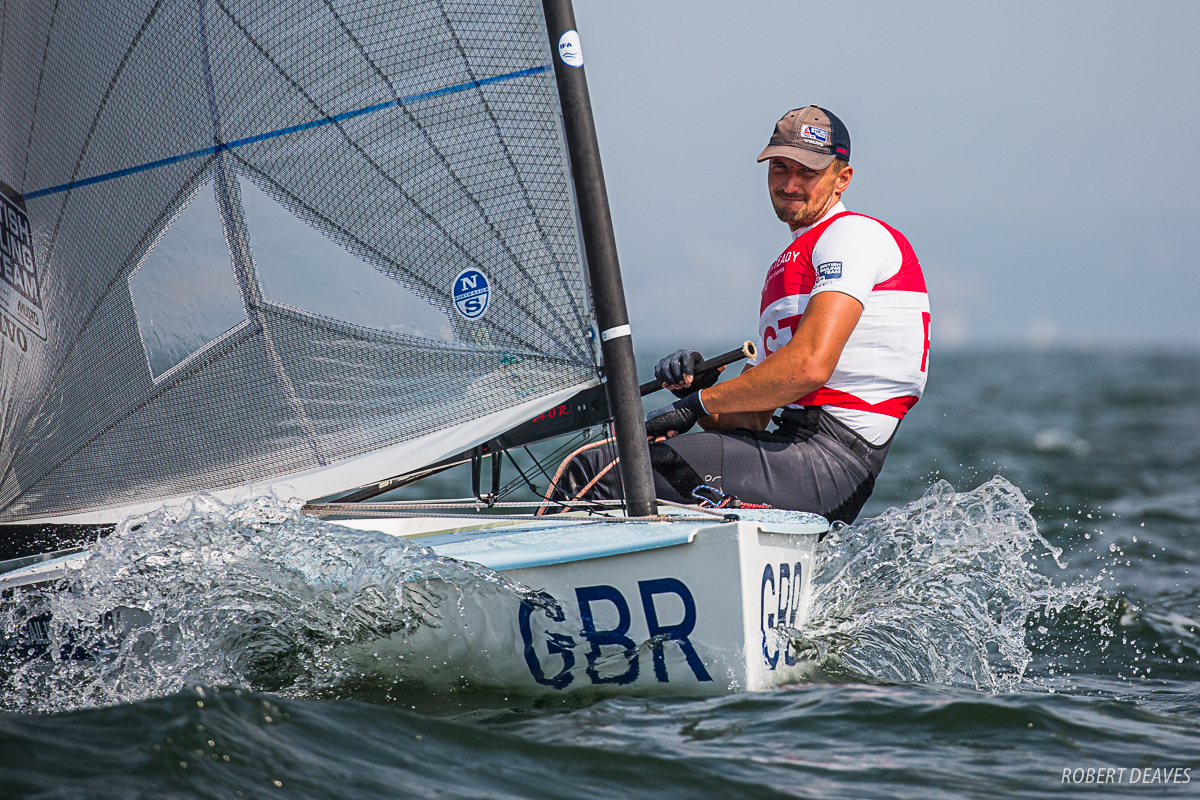 Olympic champion, Giles Scott, from Britain has taken the lead at the Olympic Test Event – Ready Steady Tokyo – after only one race was possible on the second day of competition due to light winds. Zsombor Berecz, from Hungary, drops to second while Nicholas Heiner, from The Netherlands, drops to third. The race was finally won by Jorge Zarif, from Brazil.

After several days of strong winds, the day began calmer with long delays on shore. When the fleet was finally sent out, the delay continued on the water until a light sea breeze filled in and Race 3 could begin. 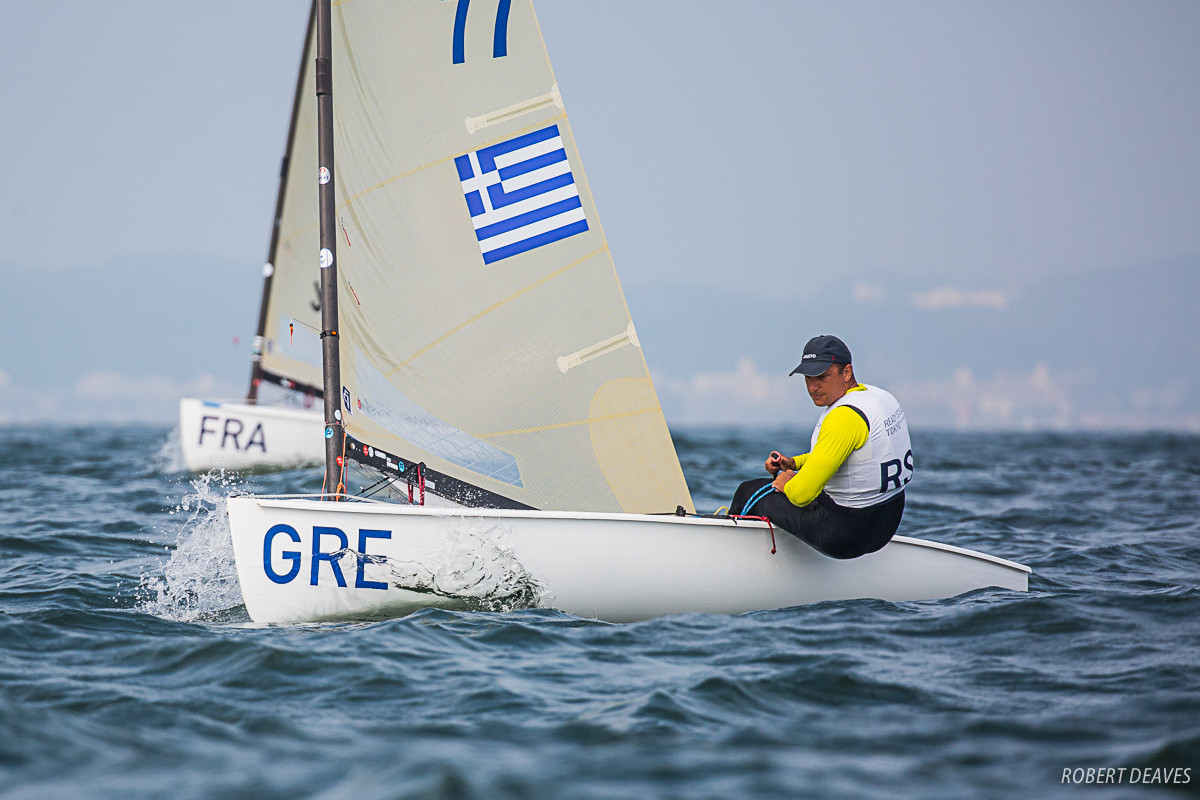 It was a race of many changes. Ioannis Mitakis, from Greece led at the top, from Heiner and Berecz. The downwind decisions were crucial with Zarif making the best choices and rounding the gate in the lead, just ahead of a massive group of boats. Zarif escaped up the second beat and led down the final leg to the finish for a comfortable win. Scott, who had rounded the top mark in 12th, moved up to second just before the final mark to take second from Berecz.

Soon after that it was clear the wind was dying, as per forecast, so the fleet was sent back to Enoshima.

Zarif, now up to fourth overall, explained his race, “We had 6 to 8 knots race with a lot different pressures and with some puffs. It was a hard race and I think the downwinds were the key for everybody. You could gain or lose a lot i if you had good pressure and were playing the waves well.”

“I think I was eighth at the top mark and I had a very good first downwind and there was a huge group just after me at the gate and when you are able to be in front of this group you gain a lot in the beginning of the second upwind and I think I managed the fleet well and was able to keep the lead.”

“This is not a place like Rio when you can come any time of the year. It has to be at the right time because the conditions change fast. So I will try to spend as much time here as I can this summer.”

He says sailing well in Japan is very challenging. “It’s super hard here. Yesterday we had a hard day physically. It’s brutally warm as well. My heart rate goes up very quick here, which is a little bit different from other places. So I think the Olympics will be hard to predict what we will have. Last year in the World Cup we had offshore really shifty wind. When raining we had a lot of wind with the sea breeze so I think the guys must be prepared for everything, as always.” 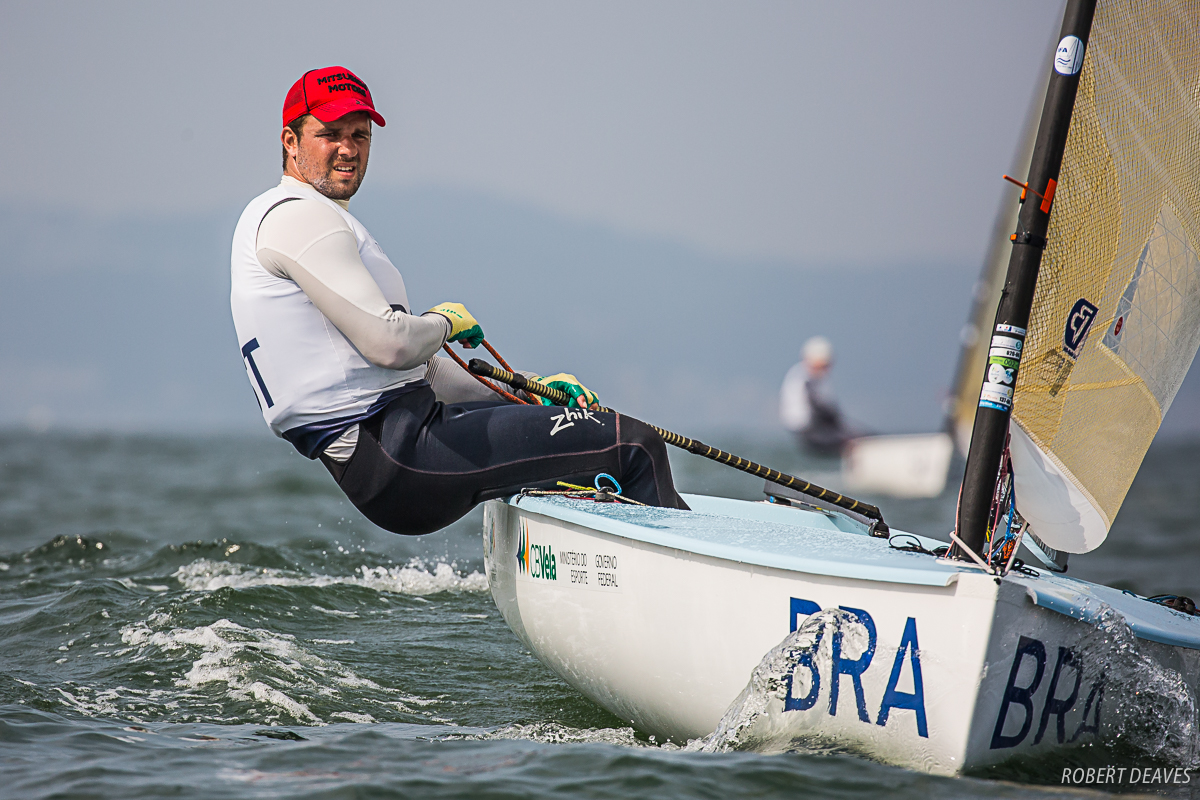 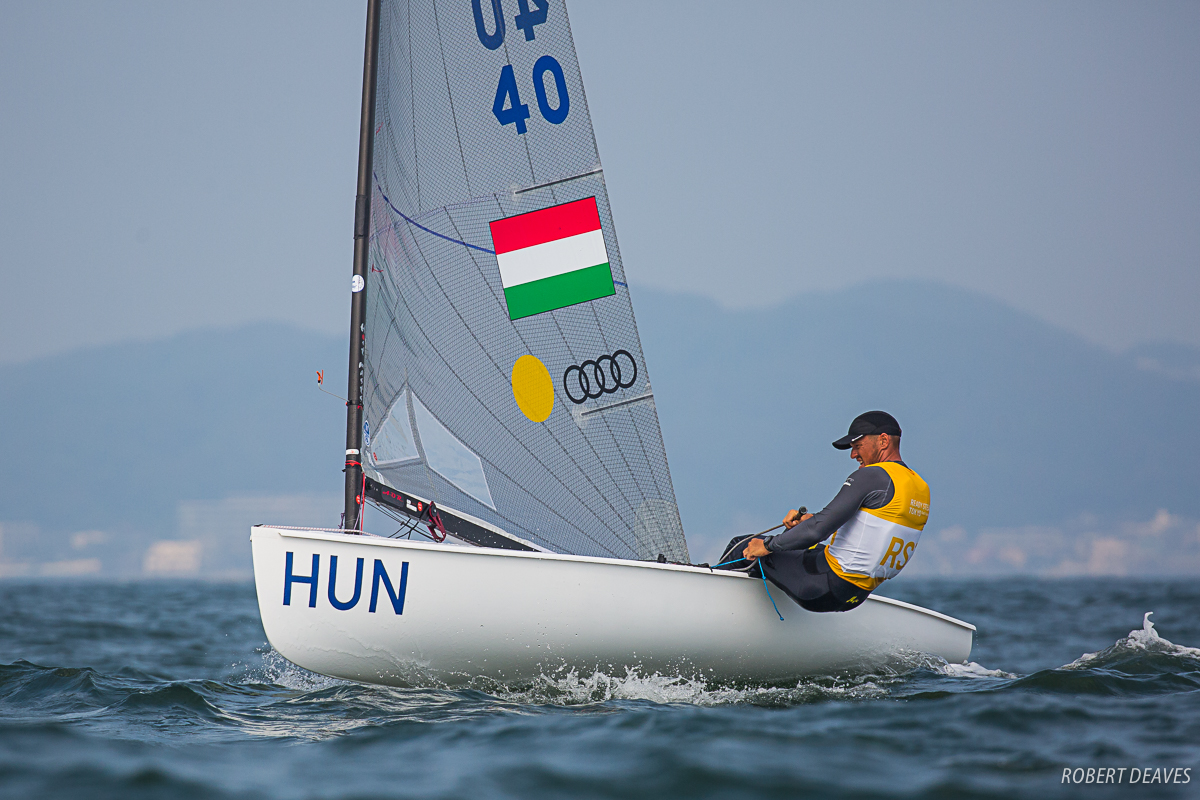 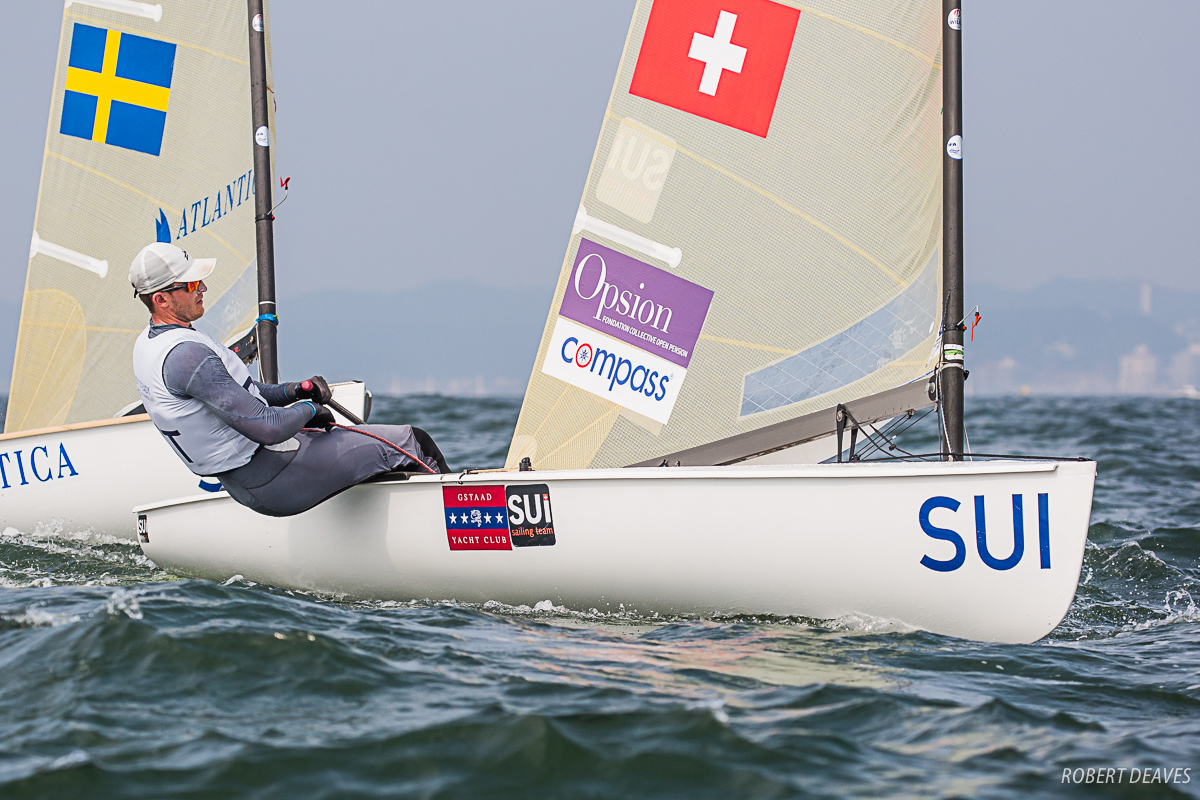 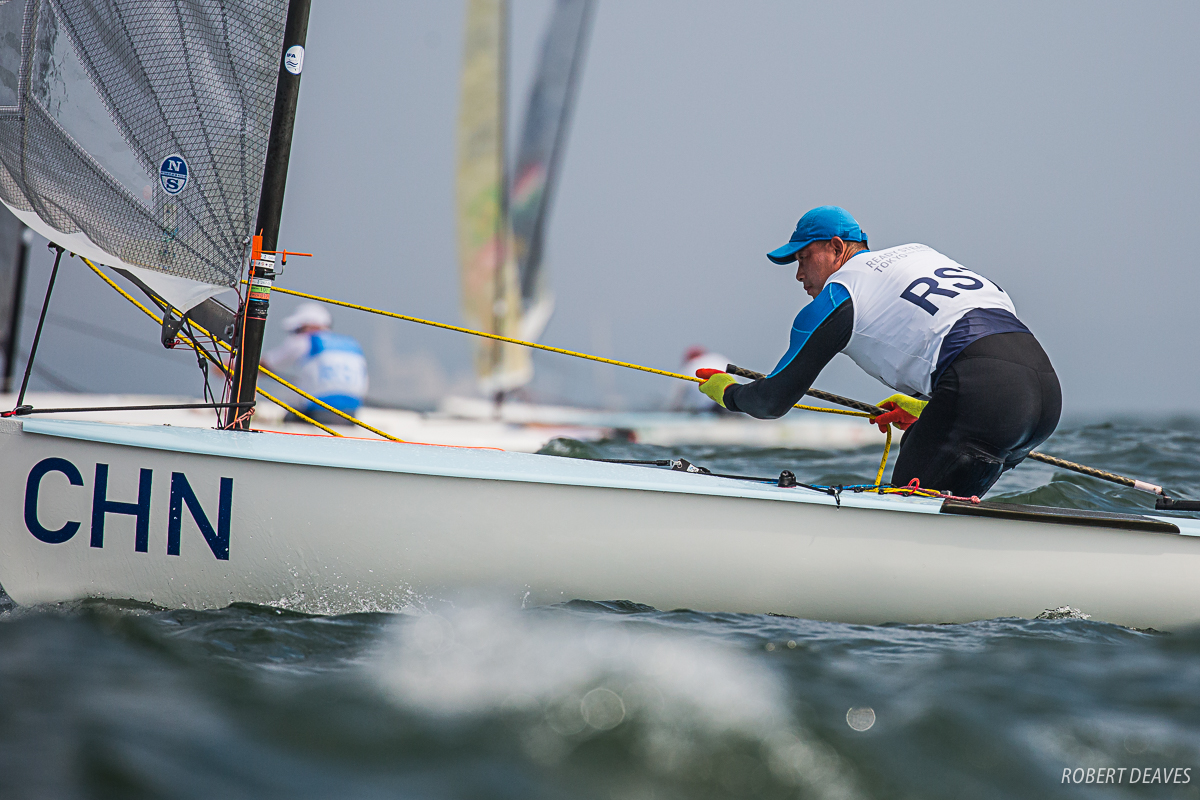 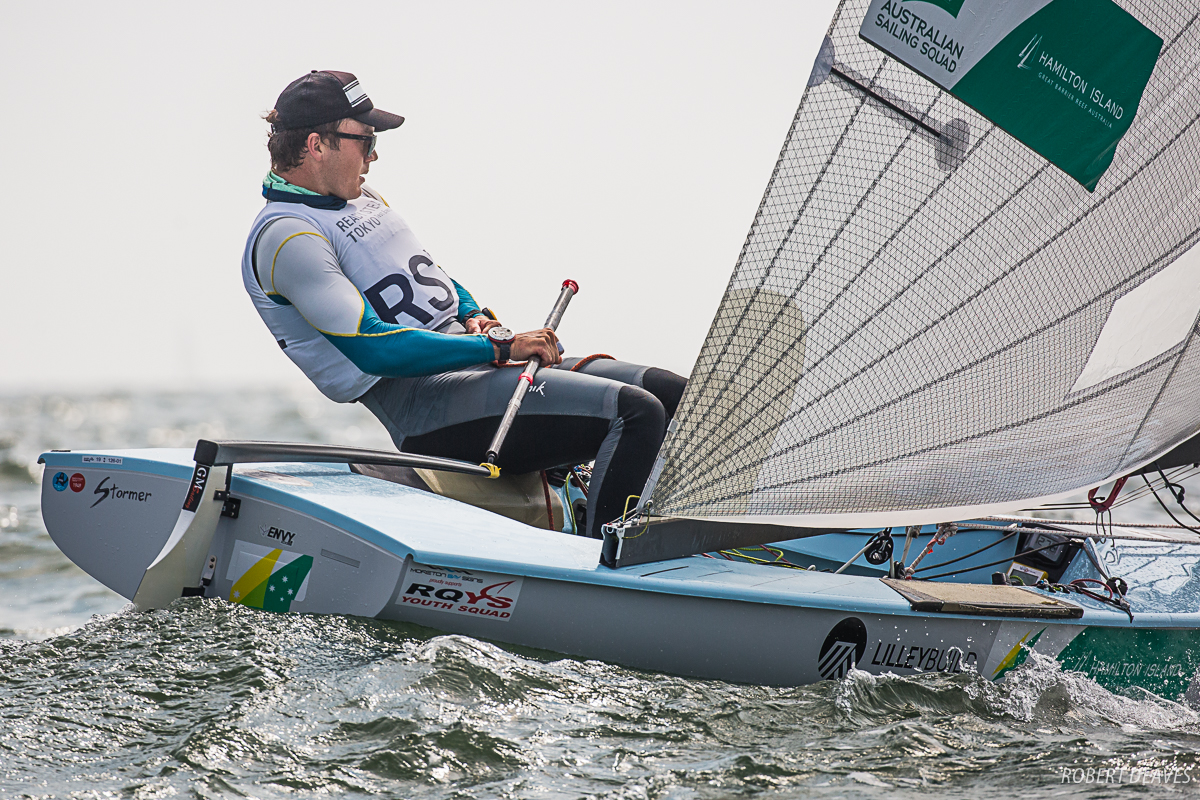