Andy Maloney strikes back on Day 3 in Enoshima, but Zsombor Berecz is back in front 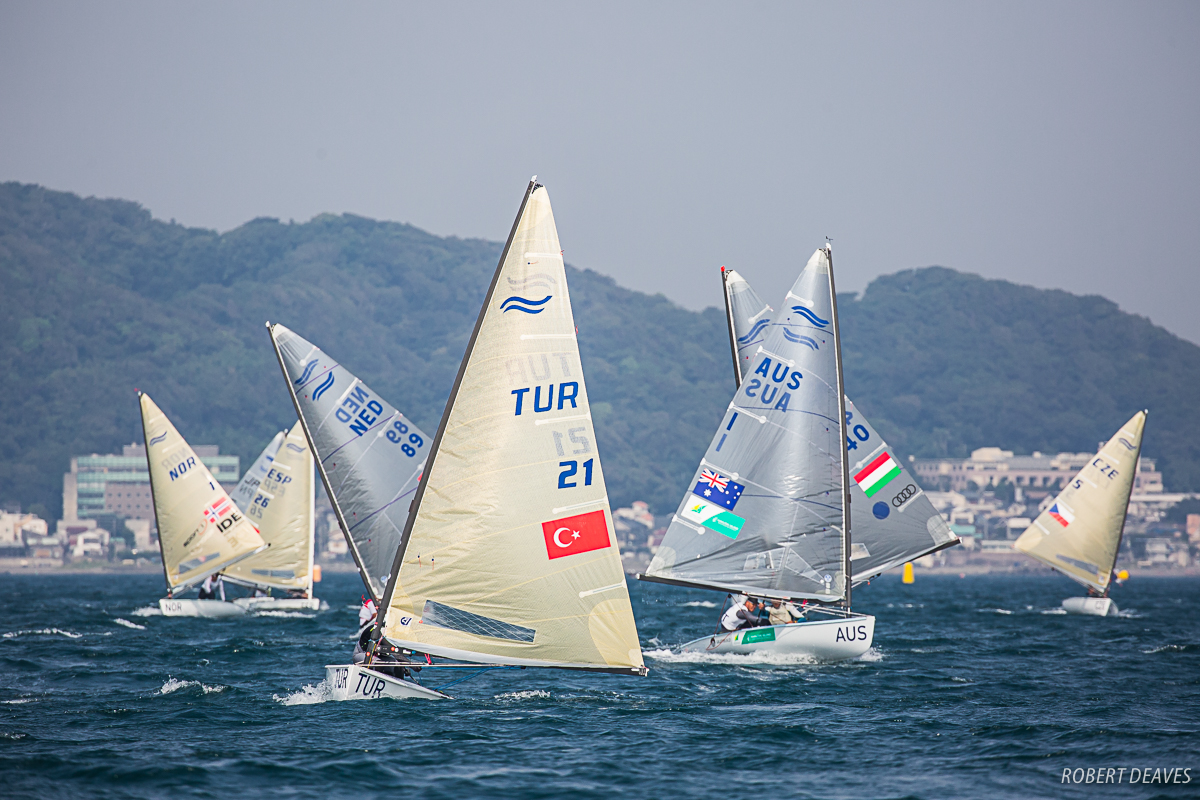 Zsombor Berecz, from Hungary, is back in front in the Finn fleet at the Ready Steady Tokyo Olympic Test Event in Enoshoma, Japan. He now has a nine point advantage over Giles Scott, from Britain, with Nicholas Heiner another five points behind Scott. With three races sailed to catch back up to schedule, Andy Maloney, from New Zealand, took the first two, with Berecz winning the third.

The biggest surprise of the day though was the wind with a solid offshore breeze for most of the day, despite the forecast showing a dying light breeze during the afternoon. It was certainly challenging though with big shifts and pressure differences throughout the day, which shuffled the fleet on more than one occasion. 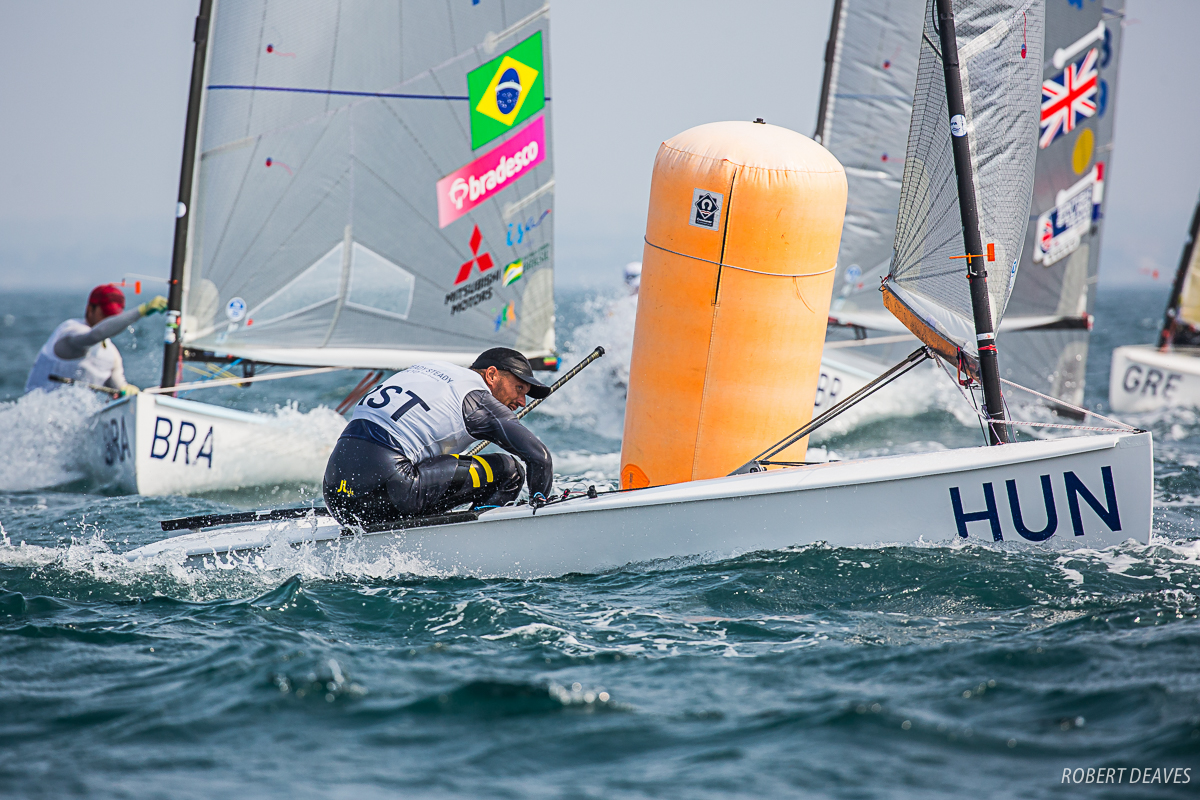 Facundo Olezza, from Argentina was the early leader in Race 4, before Maloney came past on the second upwind to take the win from Berecz and Olezza.

After a brief wait while the wind first died and then strengthened to 15-16 knots, Tapio Nirkko, from Finland, led round the top in race 5, but again Maloney took the lead on the second upwind to win from Alican Kaynar, from Turkey and Josip Olujic, from Croatia.

Jorge Zarif, from Brazil, led to the top in race 6, but Berecz took the lead on the second upwind to extend away for a huge win from Zarif and Jake Lilley, from Australia.

Pretty much everyone has at least one good race today, a side effect of the shifty conditions that tested the whole fleet. 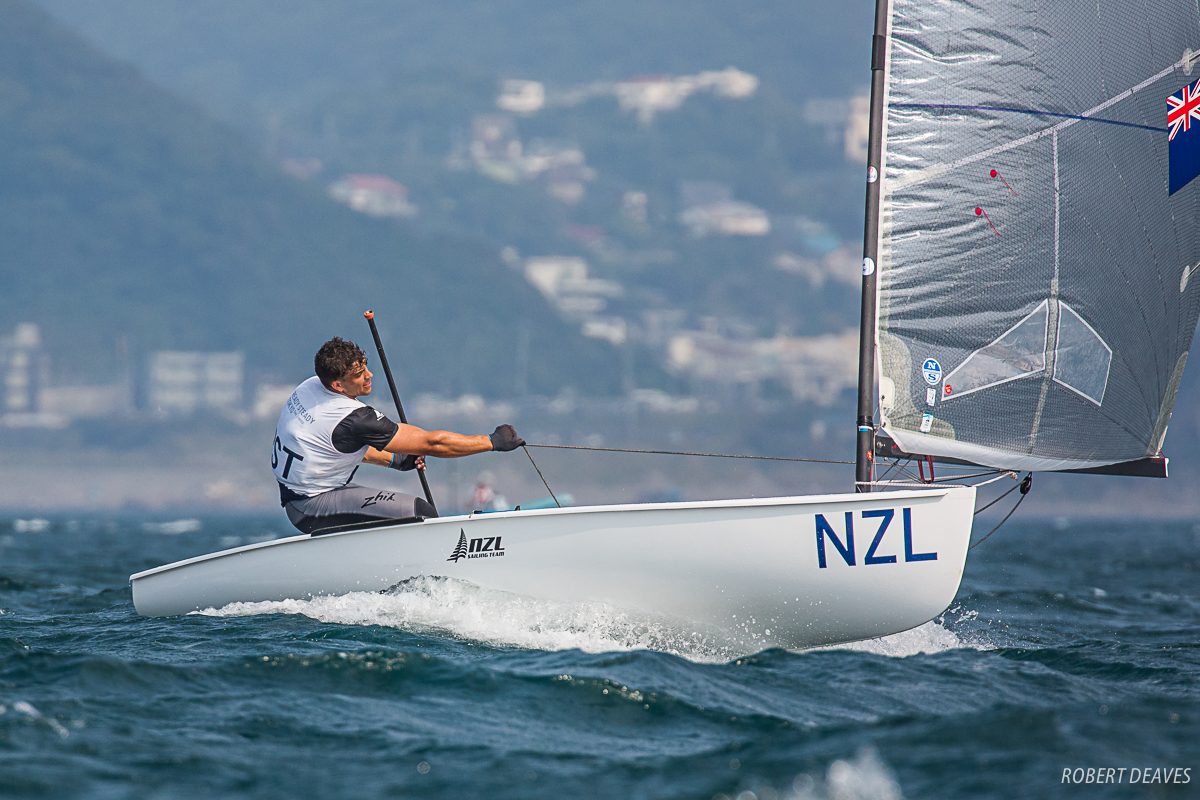 After a difficult start to the regatta, Maloney came out and posted two bullets, quite a feat in a fleet of this standard. Having placed highly at all regattas, so far this year it was an untypical start from the winner in Palma and runner up at the Europeans.

“The first couple of days it was one decision on the first beat that was letting me down. So today I knew what I had to do differently and it wasn’t a big change. I definitely sailed the first couple of races pretty well and it’s good confidence boost going forward for the rest of the regatta. Pretty happy with how I was sailing today.”

He explained, “Today we had the offshore breeze, an oscillating, pretty puffy, streaky breeze. I managed to win the first couple of races, which was really good, in some pretty physical conditions as it was really hot out there. In the last race I had a bit of an incident on the start line and from there I was a bit too far behind to do much.“

“The shifts today were a good 15 degrees and they come with a lot of pressure and if you get it wrong you are stuck in a 10 knot lull and if you get it right you are in a 15 knot gust. So there are some big gains and losses to be made pretty quickly. And if you get a bit out of sync it’s pretty hard to get back.”

Together with training partner Josh Junior, the pair have performed well all year, sharing information to make sure one of them is ready for Tokyo 2020. It is quite a unique partnership.

He continued, “It’s a pretty cool opportunity to race in an Olympic seized fleet which is quite small and at the Olympic venue. Josh and I are learning a lot every day from the racing and we are trying to document what is working and what isn’t and chatting night and morning about the racing. We’re both trying to learn as much as we can from this week for one of us try and put that forward next year at the Olympics.”

Maloney is now up to fourth overall and just two points out of the medals. 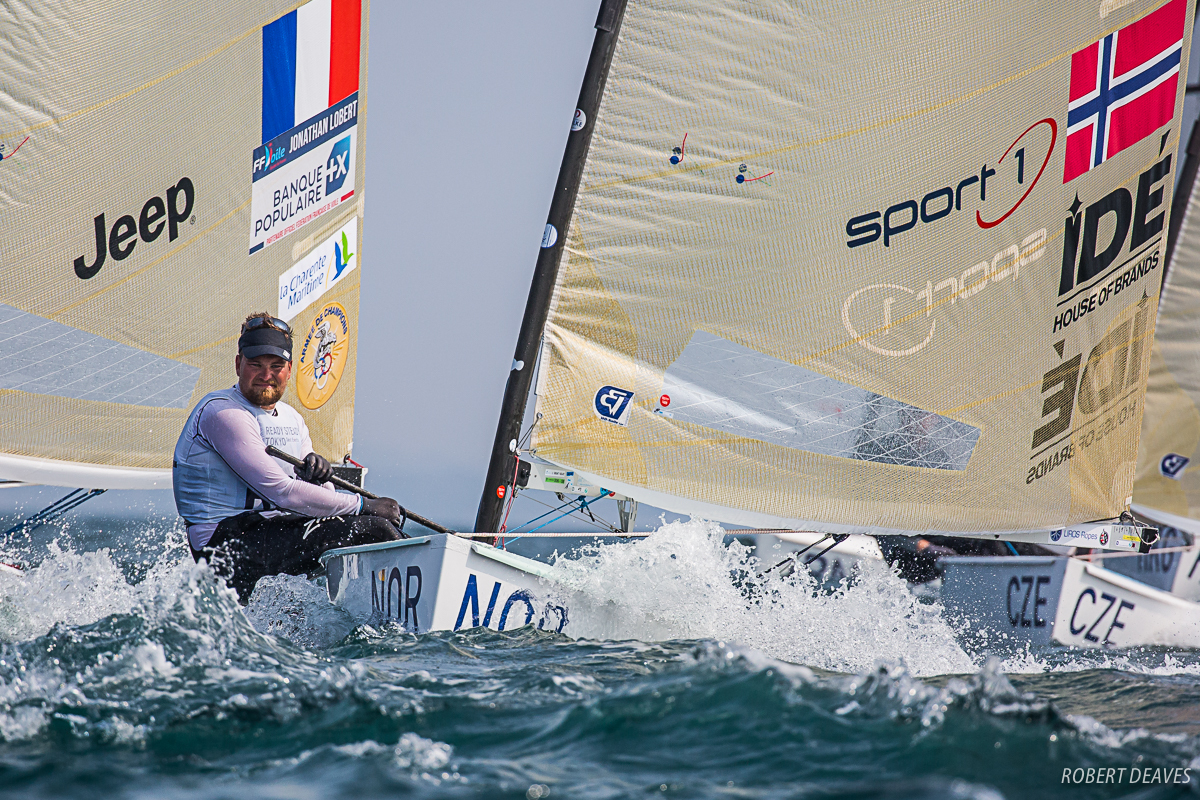 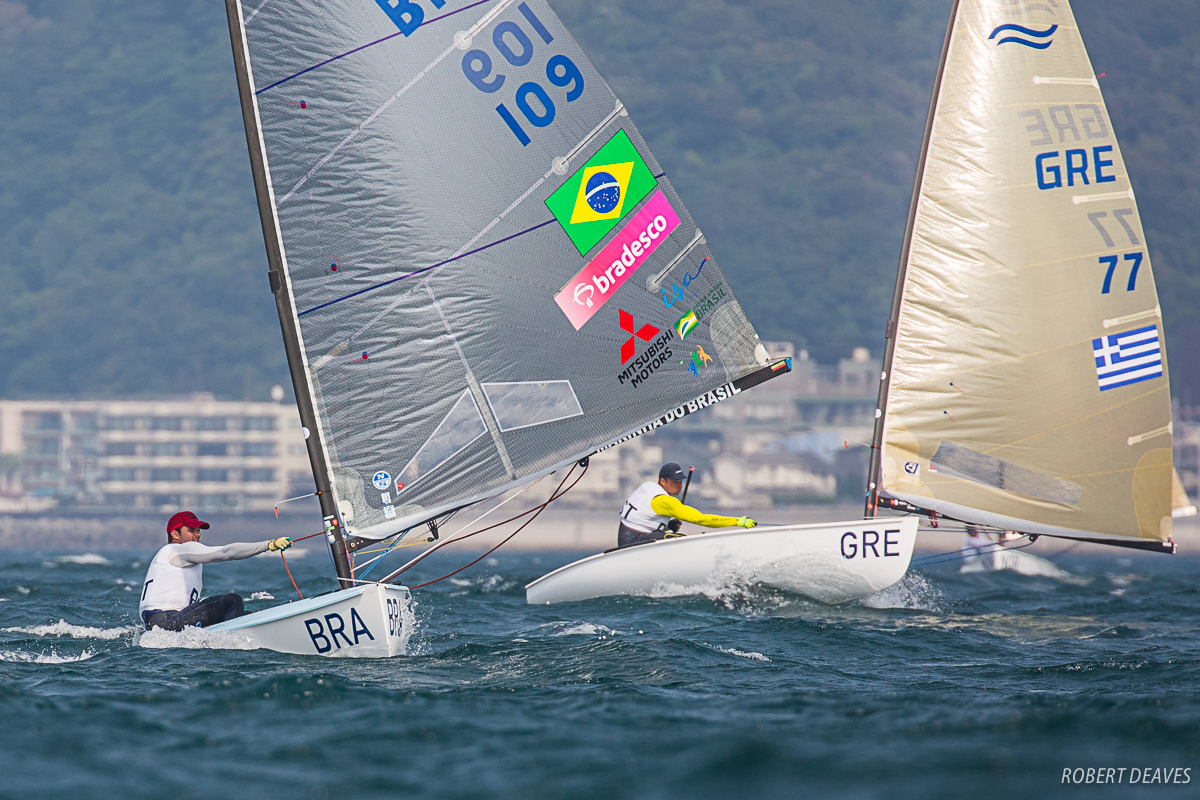 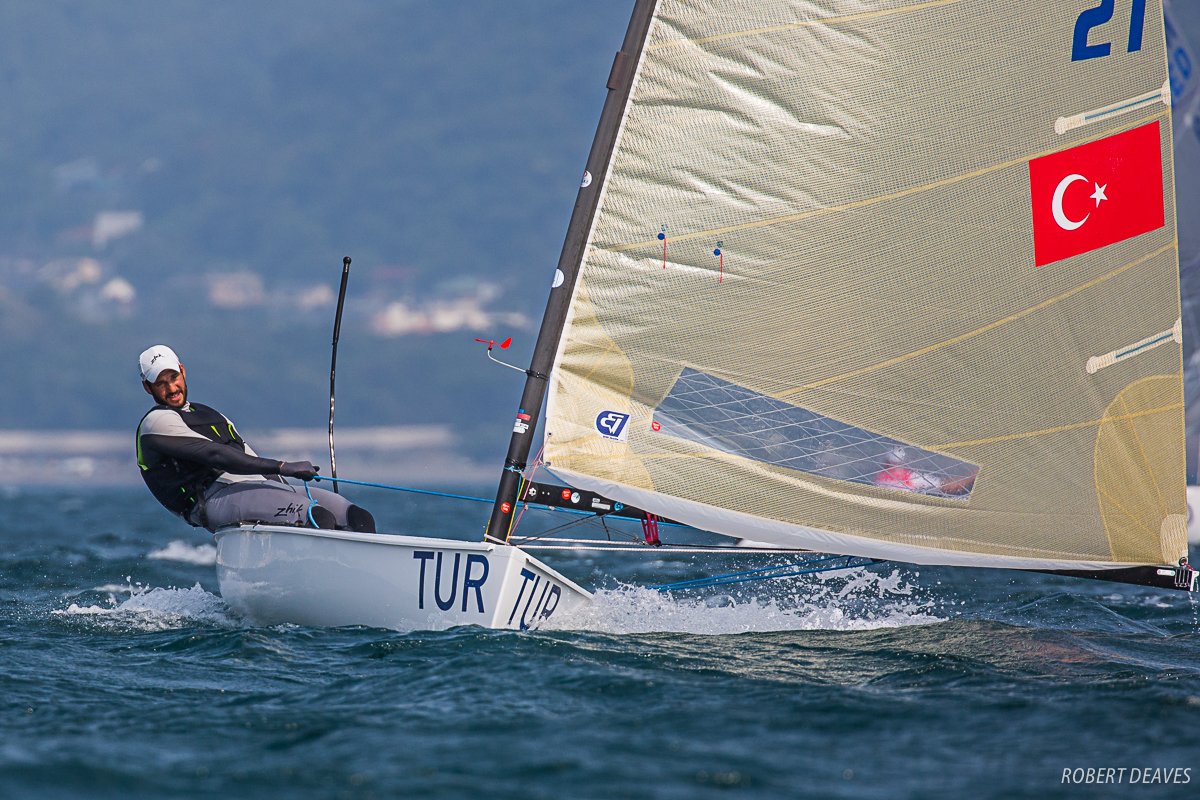 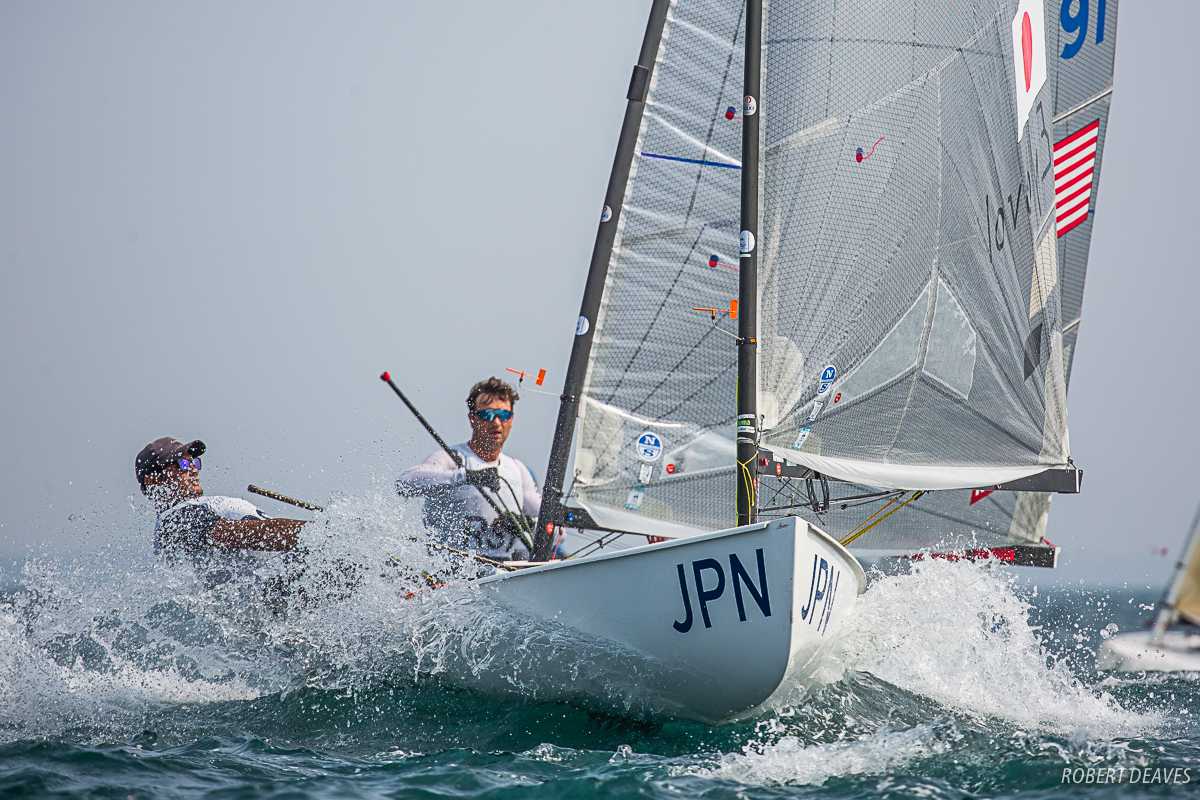 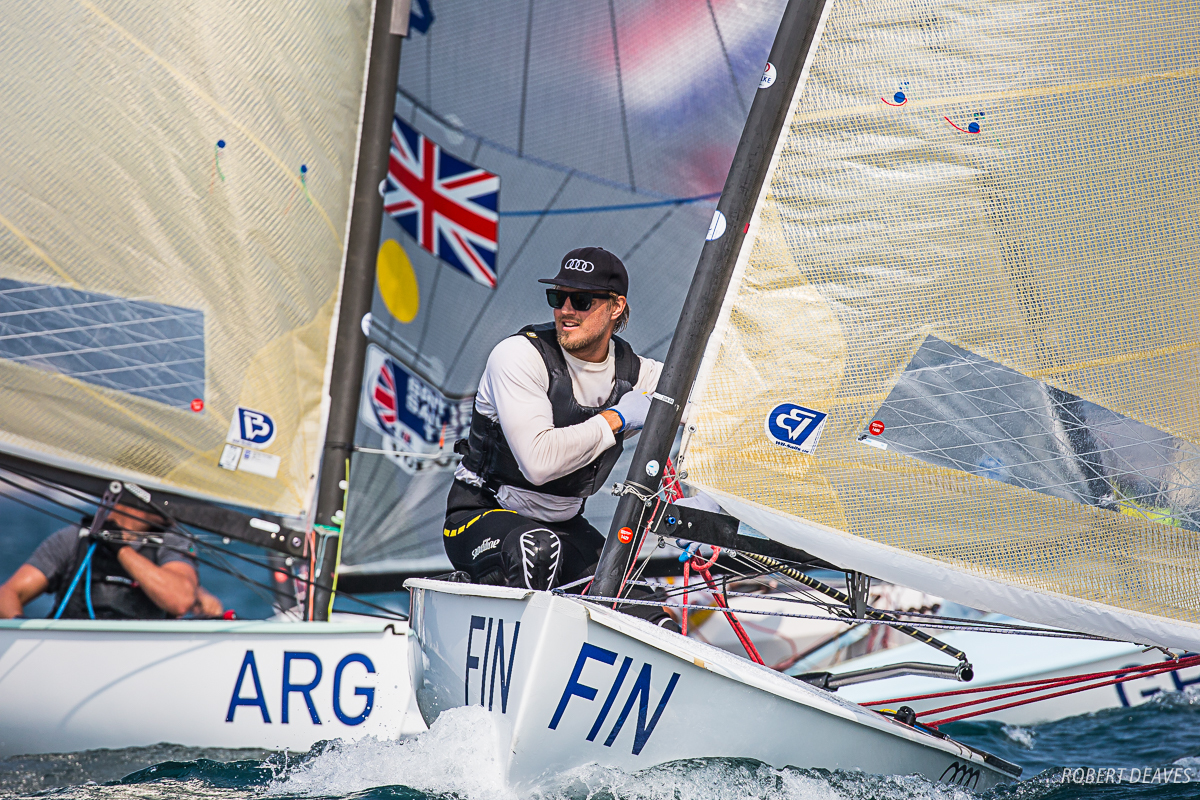