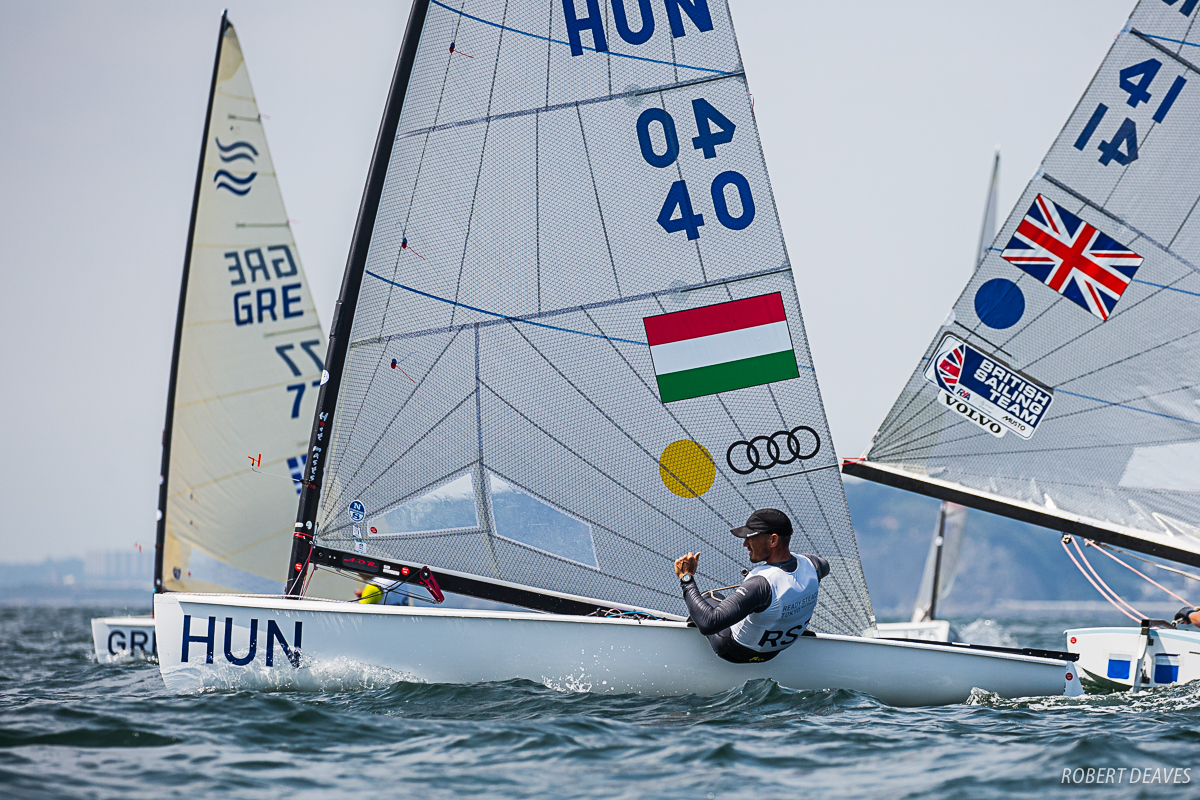 With just one day left of the opening series at the Ready Steady Tokyo Olympic Test Event in Enoshoma, Japan, Zsombor Berecz, from Hungary has extended his lead to 16 points over Giles Scott, from Britain, with Nicholas Heiner, from The Netherlands a further five points back. Race wins on Tuesday went to Scott and Joan Cardona from Spain.

The forecast was for a building seabreeze in the afternoon, with early rain and late thunderstorms. There was no precipitation but again very hot temperatures. The heat this week has been the main talking point with many sailors monitoring core temperatures to understand where the limits are for racing. Keeping cool is essential, or at least as cool as possible, with ice issued to all sailors every day to reduce body temperature after each race.

Some are more prepared than others, but it is also vital to keep a cool head on the race course as the sailors are continually challenged by the wind and wave conditions. Berecz is putting together an amazing series in these conditions, only once outside the top three, and clearly taking it much cooler than anyone else so far. 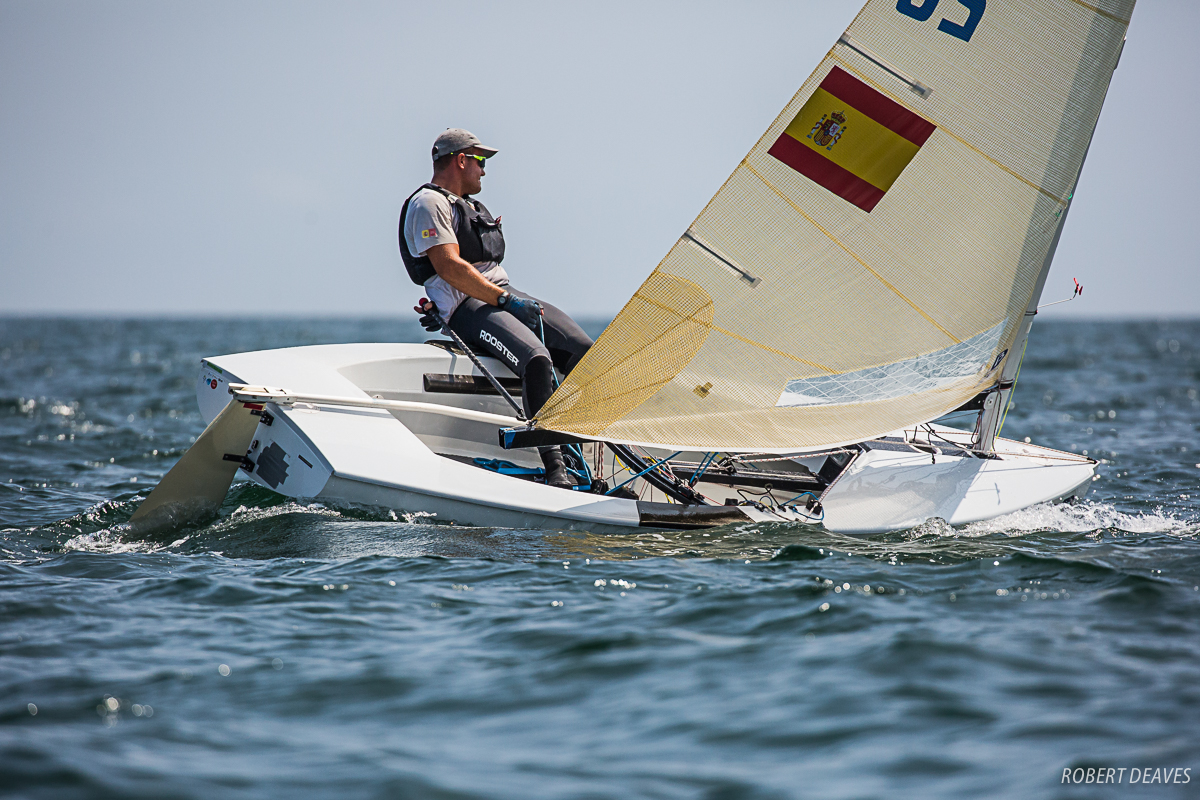 After a frustrating time on Monday when he lost the series lead, Scott took control of Race 7 out of the start and led at every mark for a confident win. Berecz rounded third and moved up to second, while Ioannis Mitakis, from Greece, rounded fifth and moved up to third on the final downwind. As usual there was big movement within the fleet.

Jonathan Lobert, from France, the 2012 bronze medallist is one of many struggling here, but he finally found the front in Race 8 to lead round from Berecz and Tapio Nirkko, from Finland. Cardona was right behind him and took the lead on the downwind, chased hard by Berecz. However it was to be Cardona’s day taking a well deserved win from Berecz and Lobert.

Olympic champion, Scott explained his day, “Again super hot. The first race was in 6-7 knots which went well and I managed to win that, which was nice, but then the second one I felt like I dug it out and got swamped by the fleet on the last downwind and lost a load, so I got a 14th, so an up and down day for me today.”

“I was probably in 7th or 8th, so a bit of a shame to lose that way. It’s such hard work out there. It’s hard when you are going well, but if you are working hard and not going so well it’s all that much harder.” 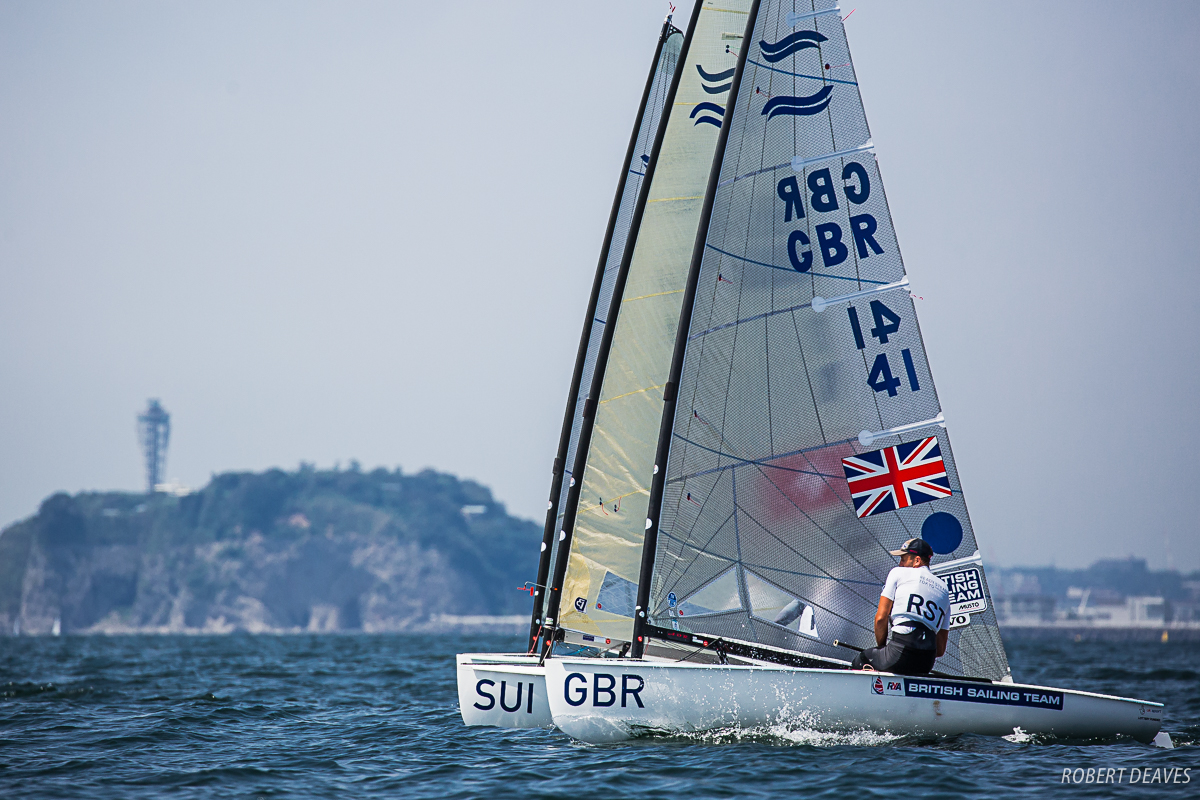 Tom Ramshaw, from Canada, has had a poor start to the week but made up for that slightly with a fourth and a sixth today.

“I had a really rough start to the week. I’ve been working on my starts, and had good starts, but wasn’t able to put together the first beat. But today I felt a little bit faster and a little bit better about everything and was able to put it together and compete in the top group, so that was really satisfying to finally be able to do that after six really bad races.”

Ramshaw qualified in Aarhus last year with a fifth place finish, but has occasionally struggled to find form since. “This is my first time in this venue, so definitely this regatta is being looked at for me at what I need to work on for the next year, so with my coach we have identified some things that are definitely important here, so we are going to continue moving forward and working on those things.” 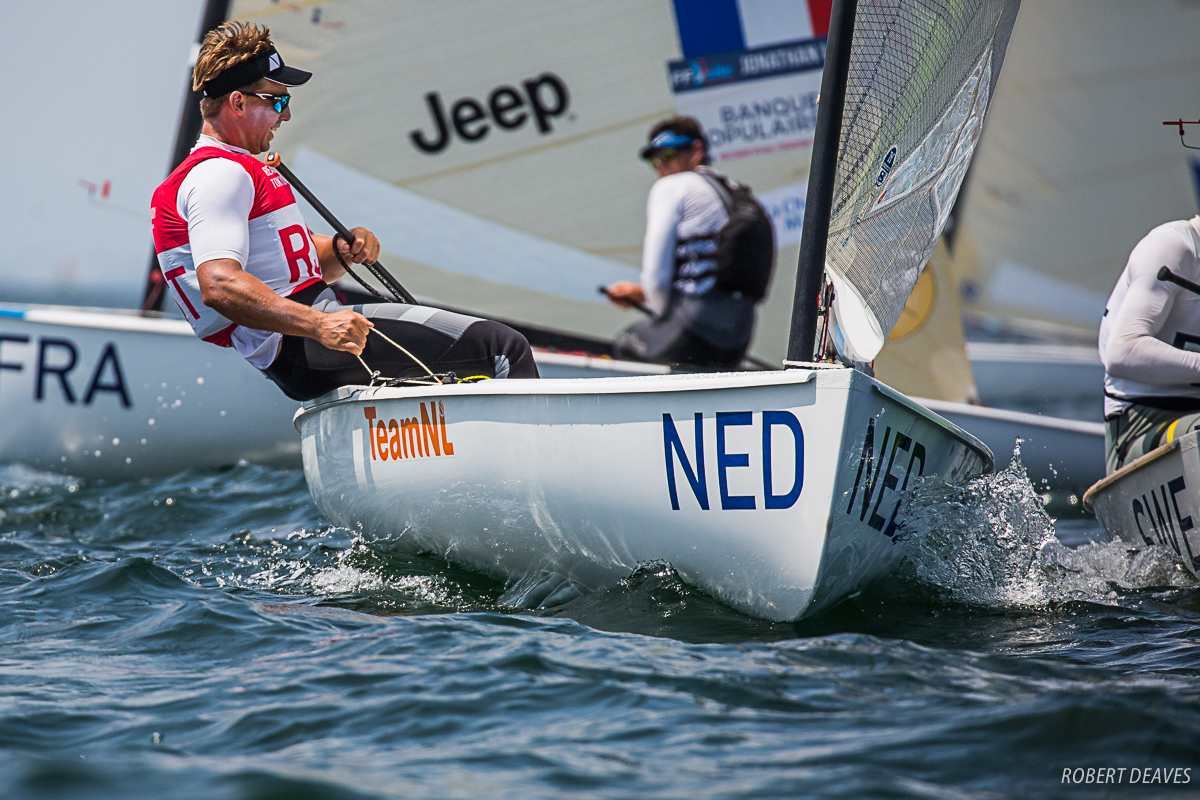 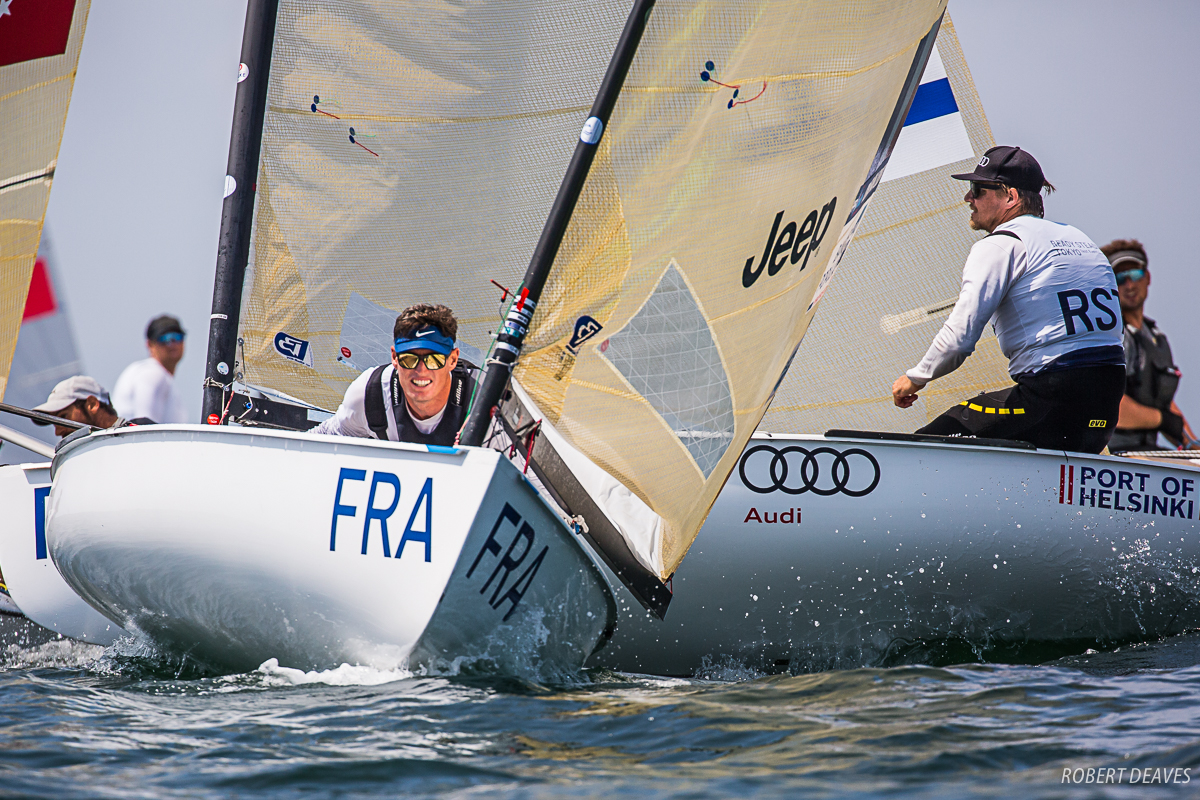 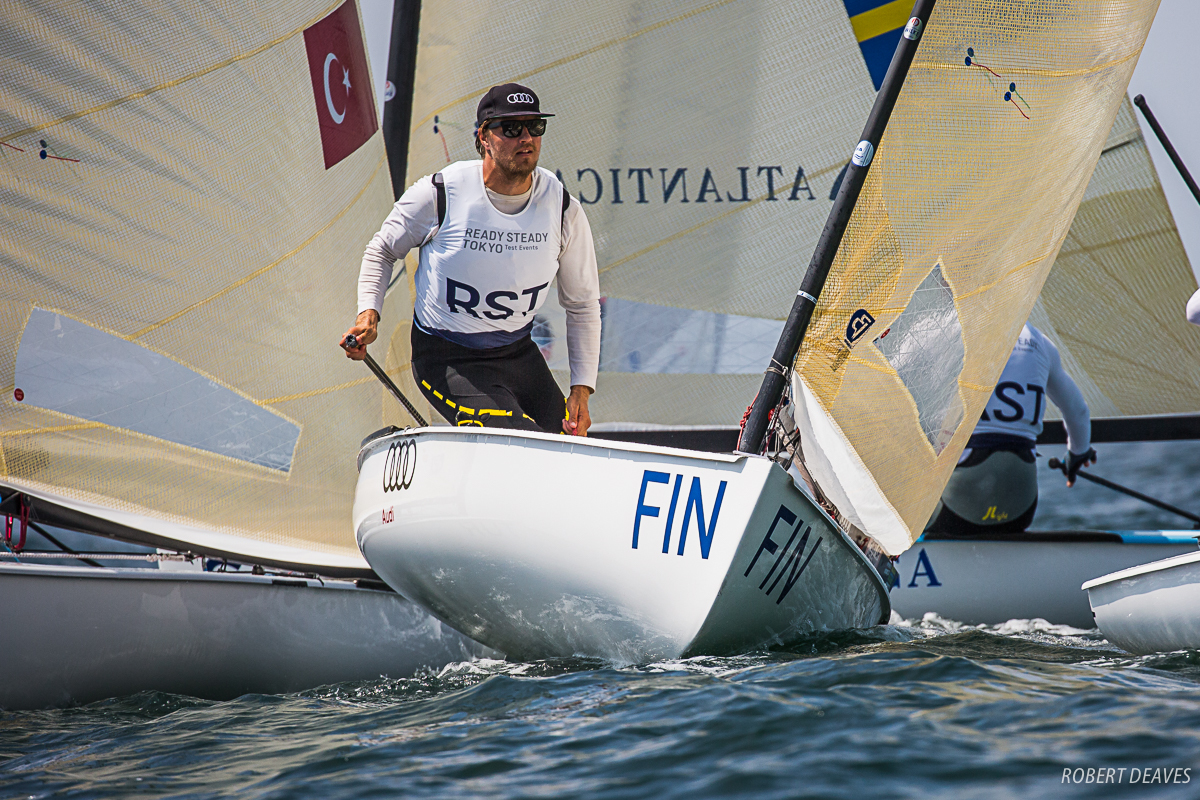 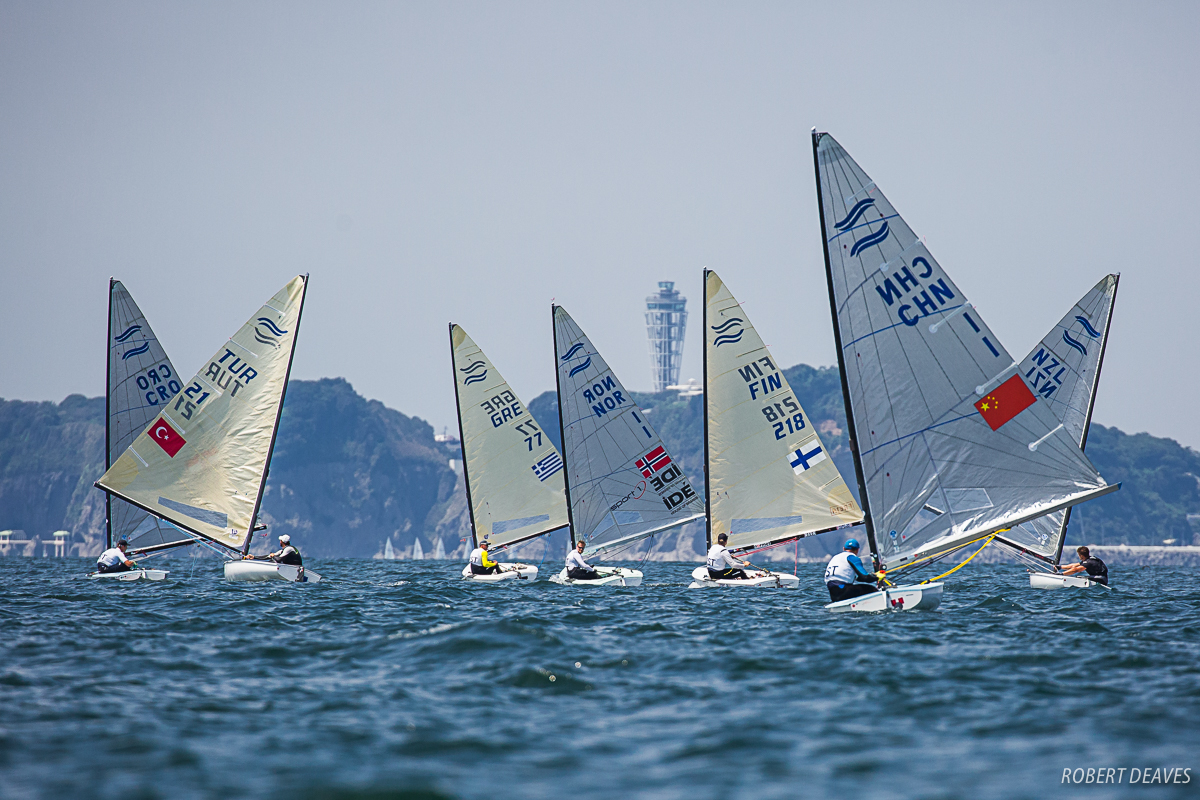 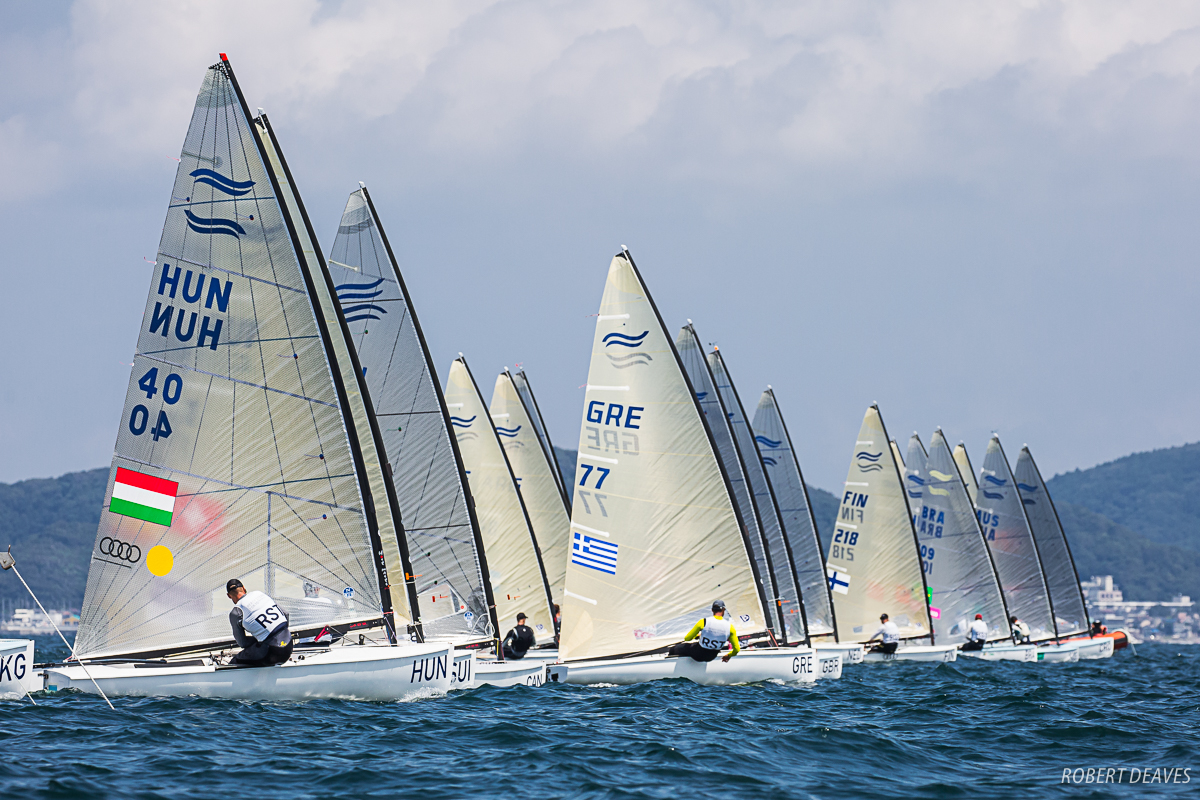