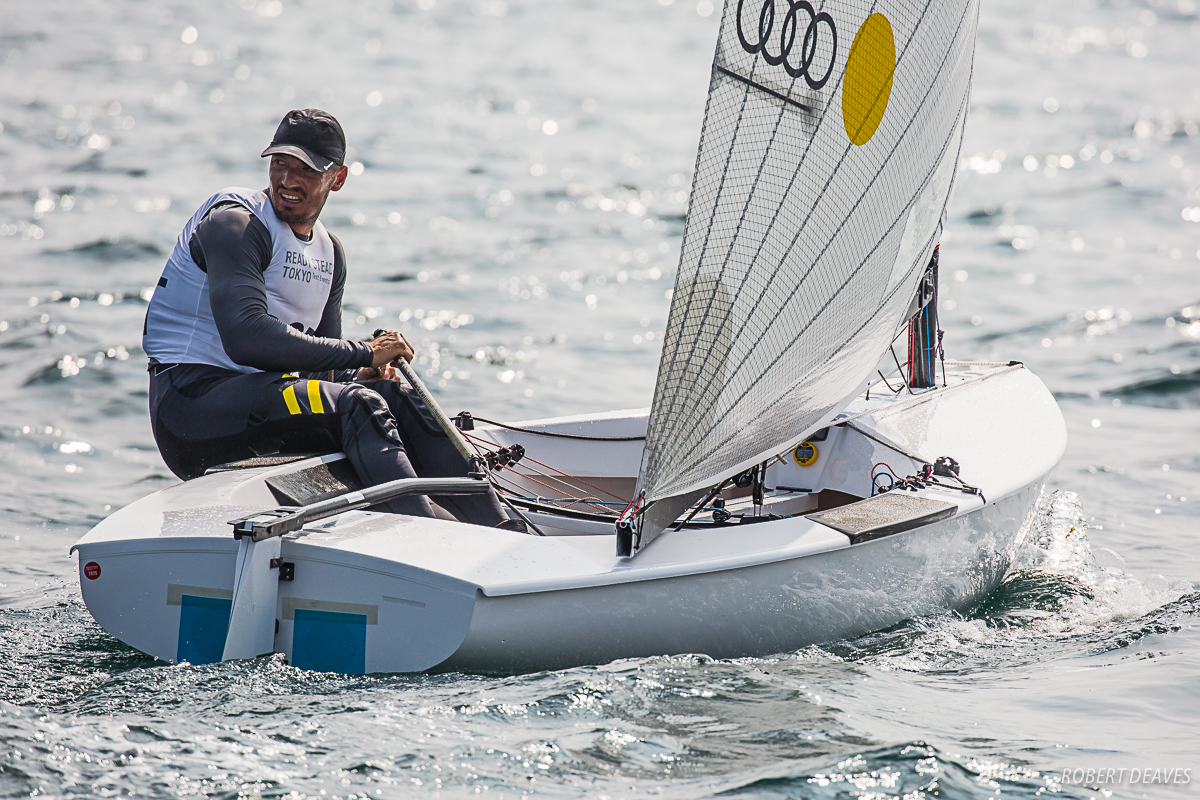 Finn World Champion Zsombor Berecz, from Hungary, has secured the Ready Steady Tokyo Olympic Test Event, with a day to spare after sealing victory on Wednesday in Enoshima, Japan. Nicholas Heiner, from The Netherlands, move up to second, while Giles Scott, from Britain drops to third to set up a three way fght for bronze and silver with Andy Maloney from New Zealand. The race wins on Wednesday went to Alican Kaynar, from Turkey, and Ondrej Teply, from Czech Republic.

The forecast for the day was generally for a light onshore wind, with a lot of low cloud around all morning. The wind remained fairly light and unstable all day with frequent position changes throughout the fleet. 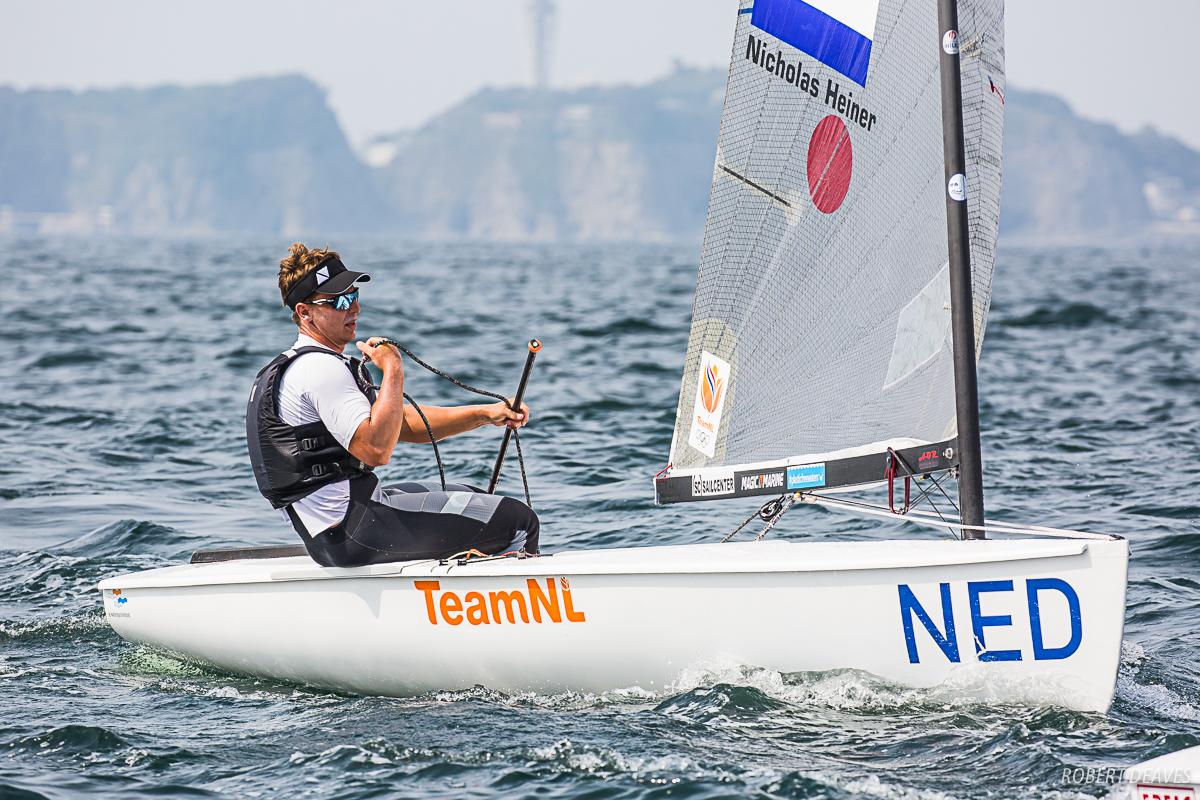 Kaynar made the best of the first upwind in Race 9 to lead throughout for a comfortable victory from Berecz who rounded in sixth and Maloney, who made the comeback of the day from 20th at the first mark.

The final opening series race, Race 10, got even harder with some big swings. Teply rounded first and led all the way. Berecz had the opportunity to close the series there and then and had worked his way up to fourth, before a rare mistake left him on the wrong side of a big shift. Fortunately for him Scott was still behind him.

Teply went on to win from Anders Pedersen, from Norway and Heiner. Berecz crossed in 12th and with Scott back in 16th, Berecz had won the regatta with a race to spare.

Kaynar has made hard work of this week, so the race win was something of a relief after a high scoring week.

“I started the week very badly. I had quite big results in the first four races and after that I tried to do better and I had some problems with the downwinds, so lost some points there, but then I found my rhythm and moved up to seventh position. I am not so happy with my results, but I think it is positive to have some good results.”

“Today, in the first race I was on the right side and I got some good pressure and finally I had a good downwind and could extend, and I managed to finish first. I was also on the right in the second race, but it didn’t pay off. There was a big shift in the left and I came up quite last.”

“It’s a tricky venue. There is a lot of current and one day we had an offshore wind, so I think it is going to be hard at the Games.” 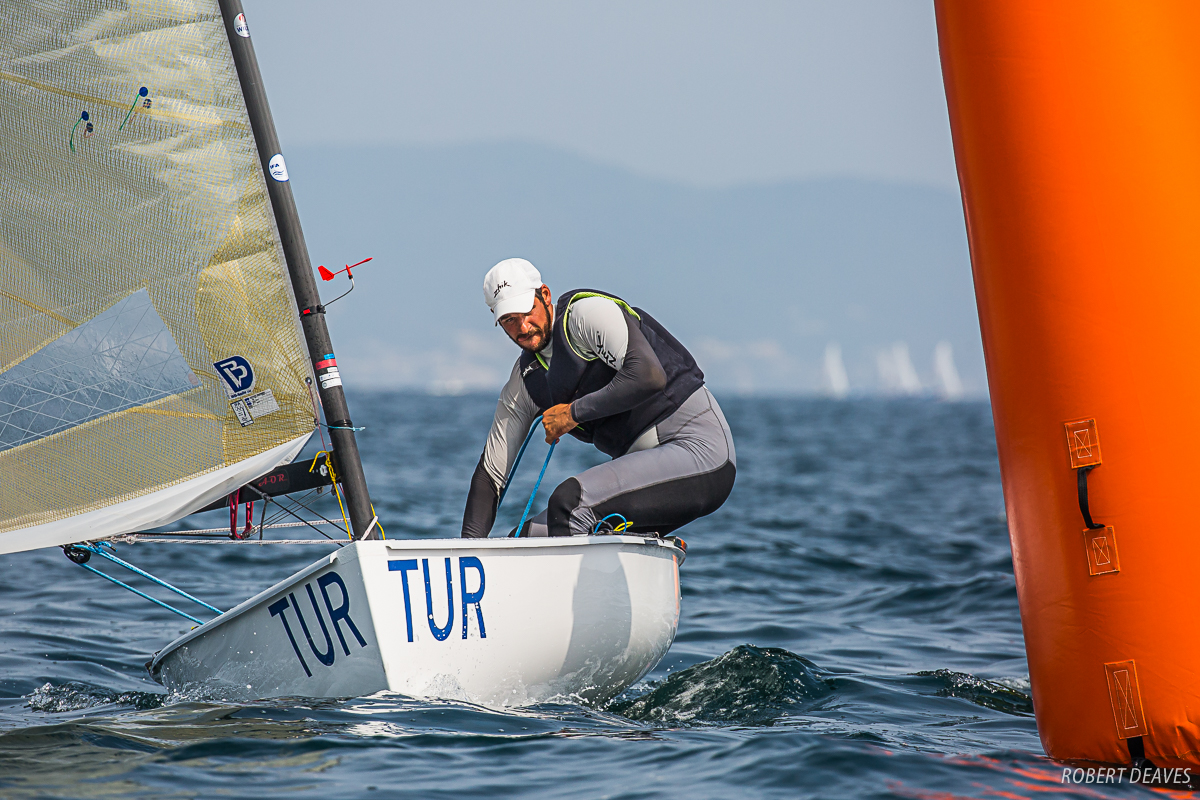 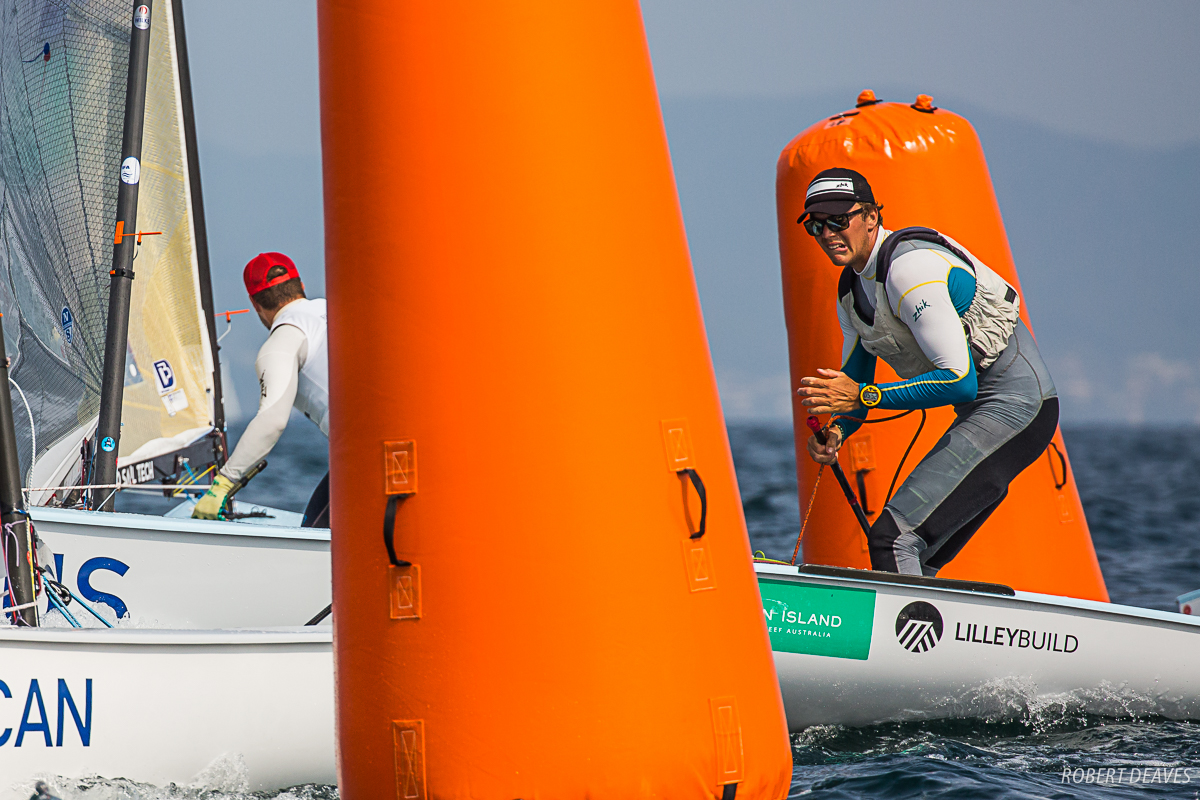 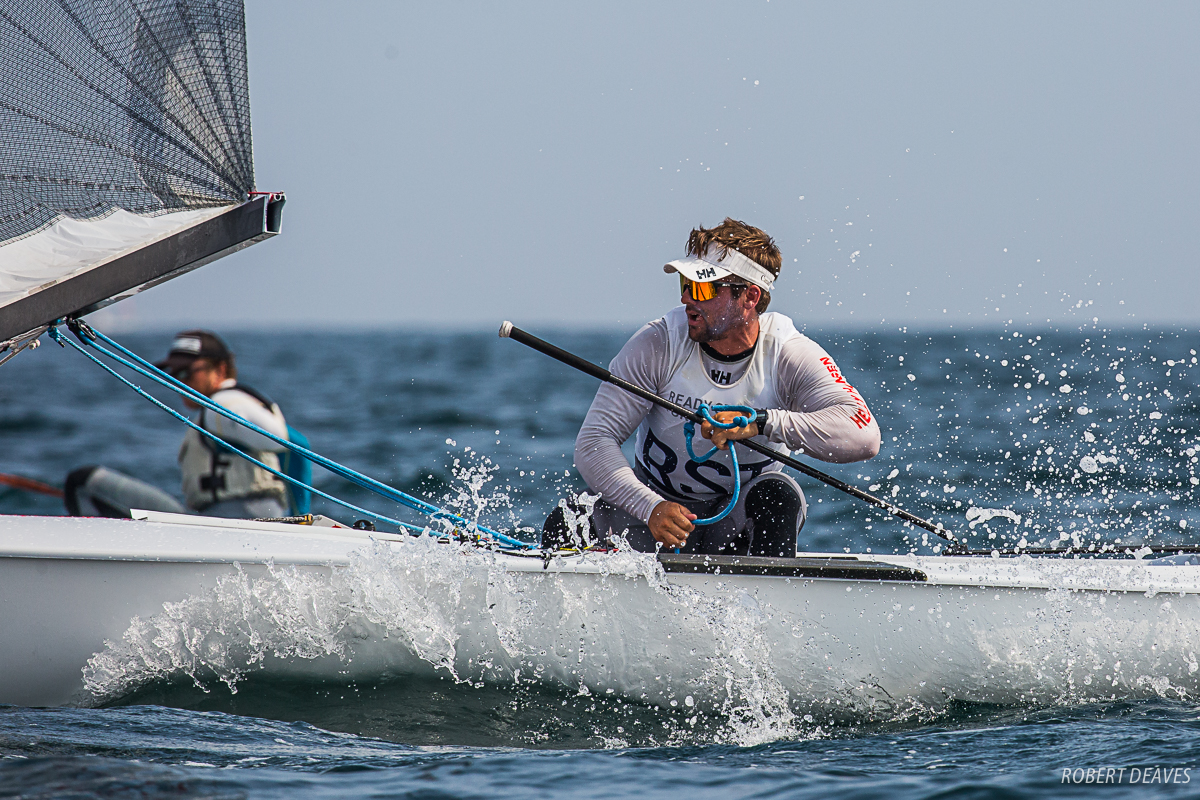 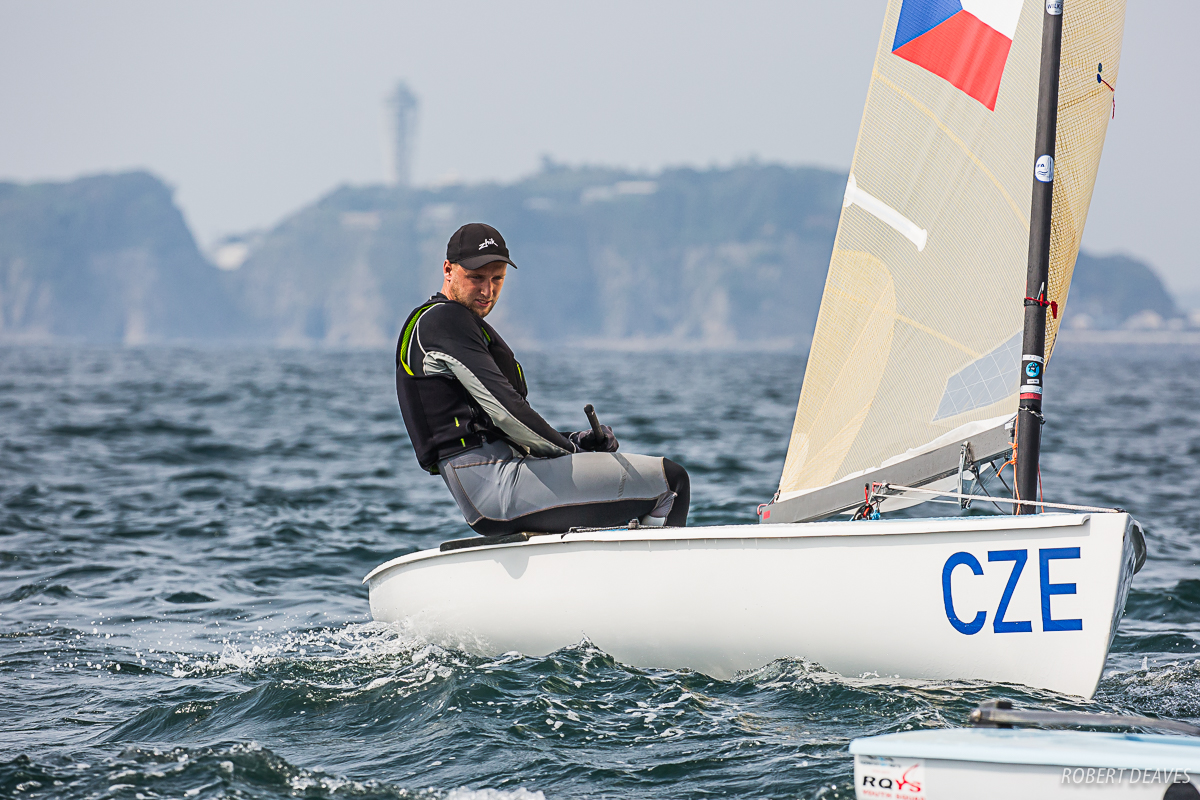 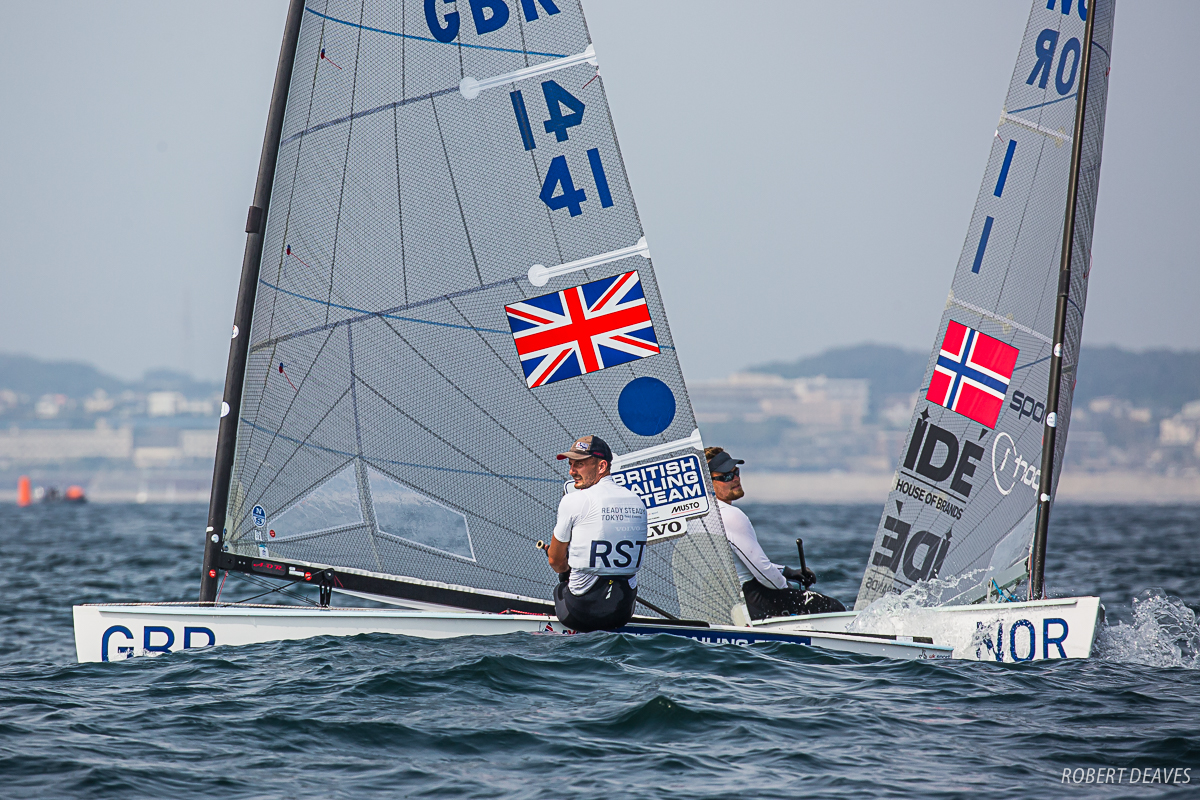