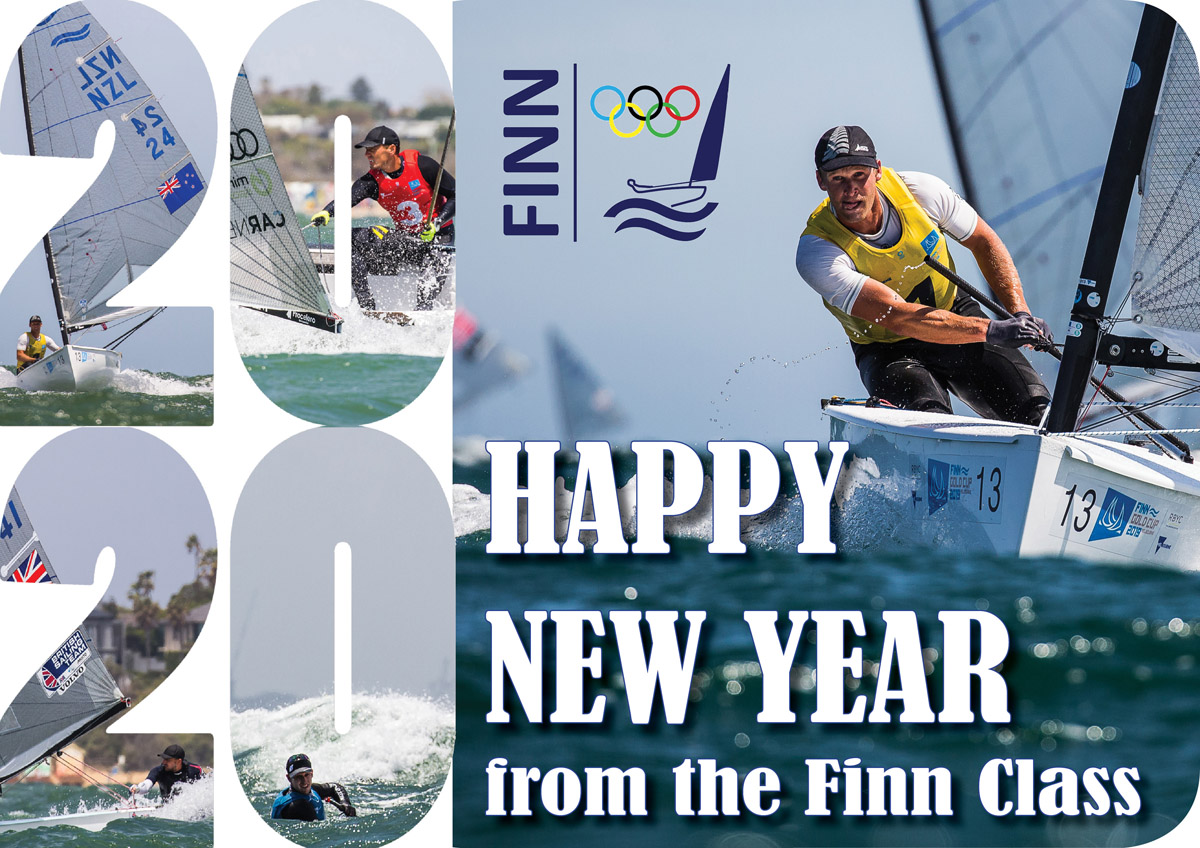 Here is a New Year treat for Finn sailors everywhere. The 2019 Finn Gold Cup in Melbourne delivered fantastic imagery and close competition. The conditions for the medal race were everything every Finn sailor dreams about, big wind, wind waves, sunshine and a huge battle between giants. It was an epic end to an epic year of racing.

A new year and a new decade bring a fresh approach and new opportunities. An Olympic year brings new challenges and new battles – as well as some of the same old ones.  We will see many battles in Tokyo later this year, but before that there is the North America, European and African continental places to be decided in Miami and Genoa.

Also before Tokyo there is the 50th Anniversary Finn World Masters in Port Zélande, The Netherlands, the Finn Gold Cup and Silver Cup in Palma, and there is the European Championship in Gdynia, Poland. Everything is set for another classic Finn year.

To everyone who takes an interest in Finn sailing; to everyone who follows or helps these heroes of the sailing world; to everyone who has worked with the class throughout the year; or those just enjoys the stories and images of one of the toughest, most challenging, contemporary, popular, physical and most Olympic of all classes, thank you for your support in 2019 and we look forward to making even more great content and even greater stories in 2020.

The video below brings together some of the best footage from the Finn Gold Cup in Melbourne, so sit back, relax and enjoy some great Finn sailing.