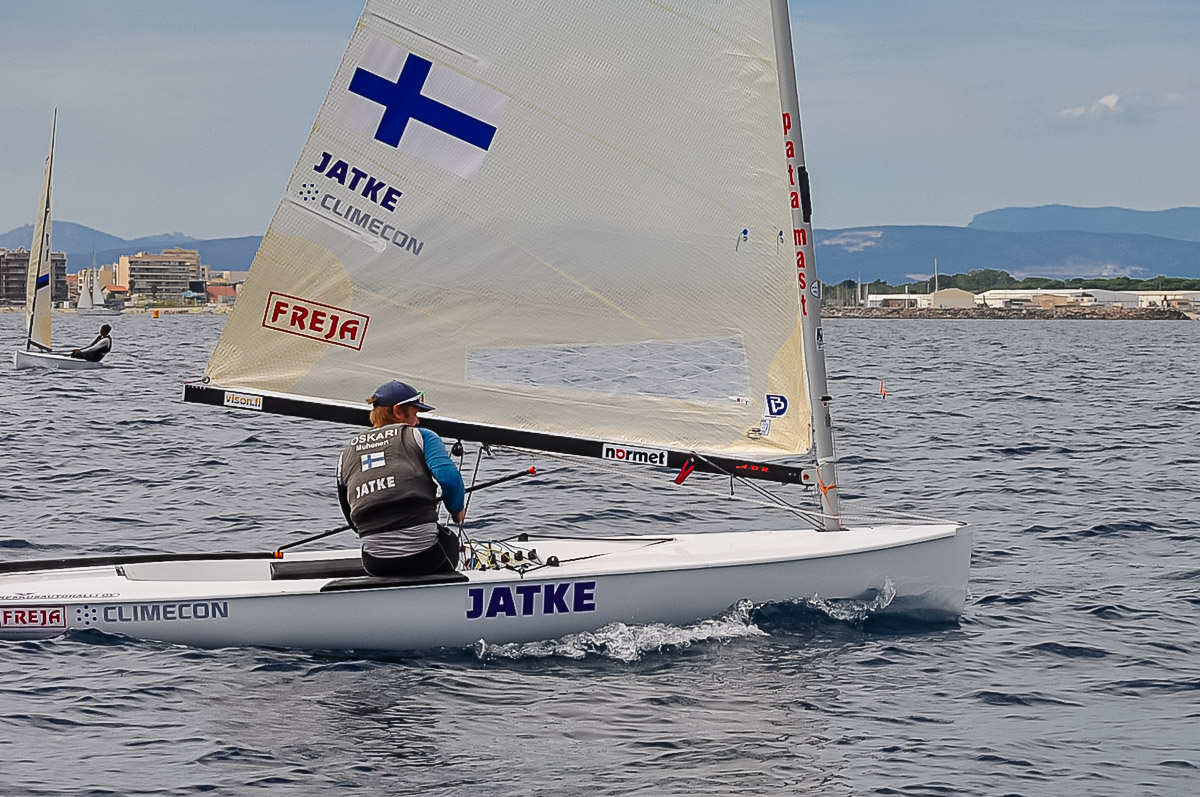 Oskari Muhonen, from Finland, took two race wins from two races on the second day of the U23 Finn World Championship for the Finn Silver Cup at Canet en Roussillon, in France, on Tuesday to extend his lead at the top to three points from Nicolas Thierse, from Germany and Guillaume Boisard, from France.

Racing got underway late again after a wind delay in 5-6 knots and a bit of cloud cover and dropping to 4 knots at times. Thierse led at the top from Muhonen and Boisard. Boisard moved into the lead downwind and at the bottom split with Muhonen and Thierse. On the final upwind, Muhonen took the lead to lead down to the finish from Boisard. Domonkos Nemeth, from Hungary, passed Thierse to take third.

Race 5 started in similar conditions, but then dropped to 4 knots. Muhonen had a great start at the pin and had a big lead at the top after playing the right, from Thierse and Boisard. On the second upwind Kevin Maurin, from France, moved through fleet to third and on the final downwind nothing changed, though the fleet closed up.

Boisard said, “My day was great. I went on the water hoping the day wouldn’t be so light, but at the end we had two hard races in 4-5 knots but it was enough for two short races. I made two good races with a second and fourth. I could have done better, I was near to Okki, so I have to improve for the next days but I was quite confident about what I have done today.”

“During the lockdown I was in La Rochelle so I benefitted by continuing my studies and I trained a bit and mostly I healed my tendonitis injury so I can sail the Finn without pain on the knees, so that was good. I took a lot of time in June and July to get back and practice. I am not at 100% but I can sail properly.”

Thierse commented, “It was quite a good day. In the first race I was in front but then I lost a lot downwind, and then in the second I had a bad start but I recovered to second at the end.” During the lockdown. “I did a lot of J70 sailing with the guys of the national league and it worked quite well.”

“When I heard the Silver Cup was being held, I was really happy. It clashed with the nationals in Germany but I was very keen to come here.” 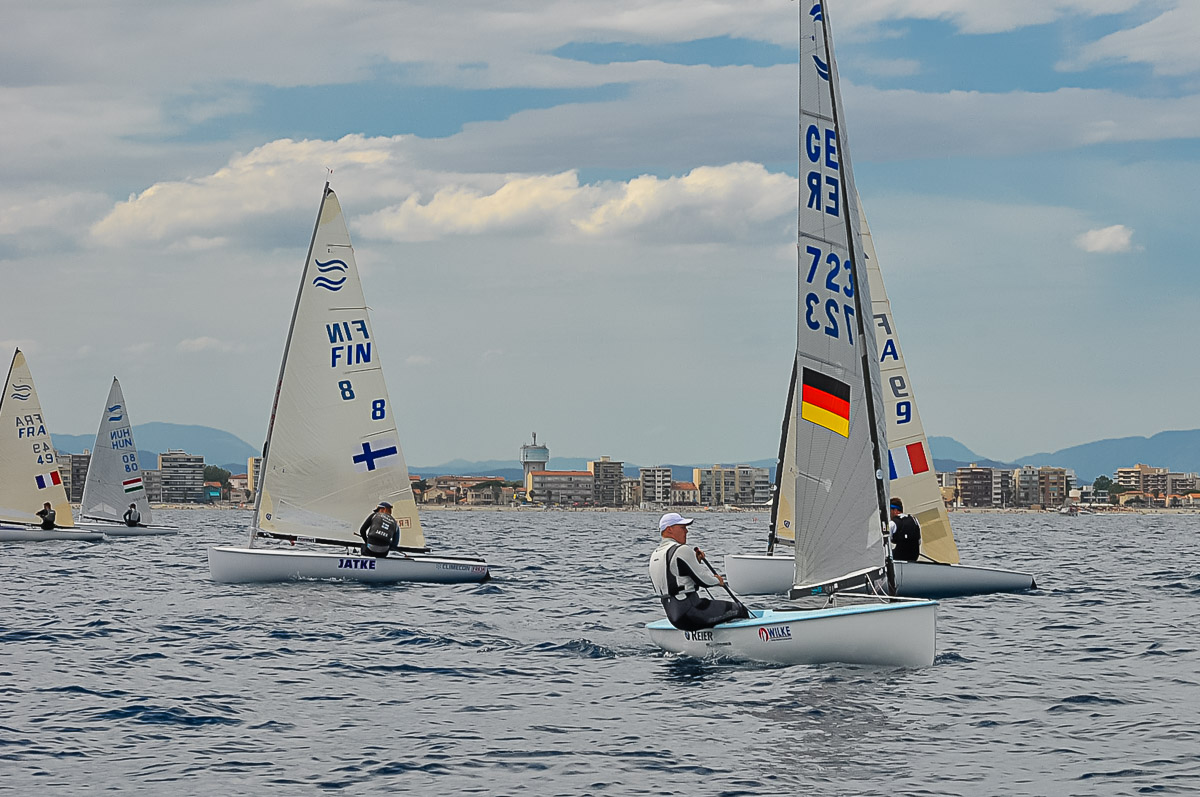 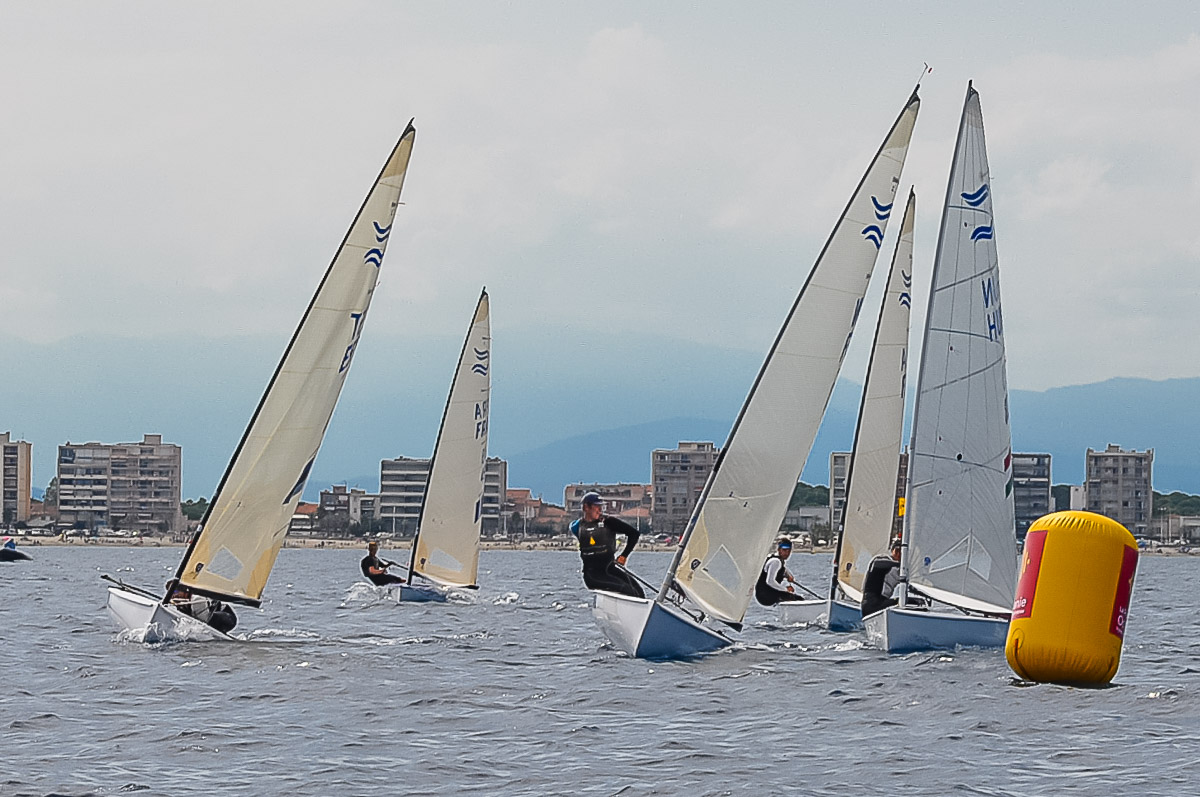 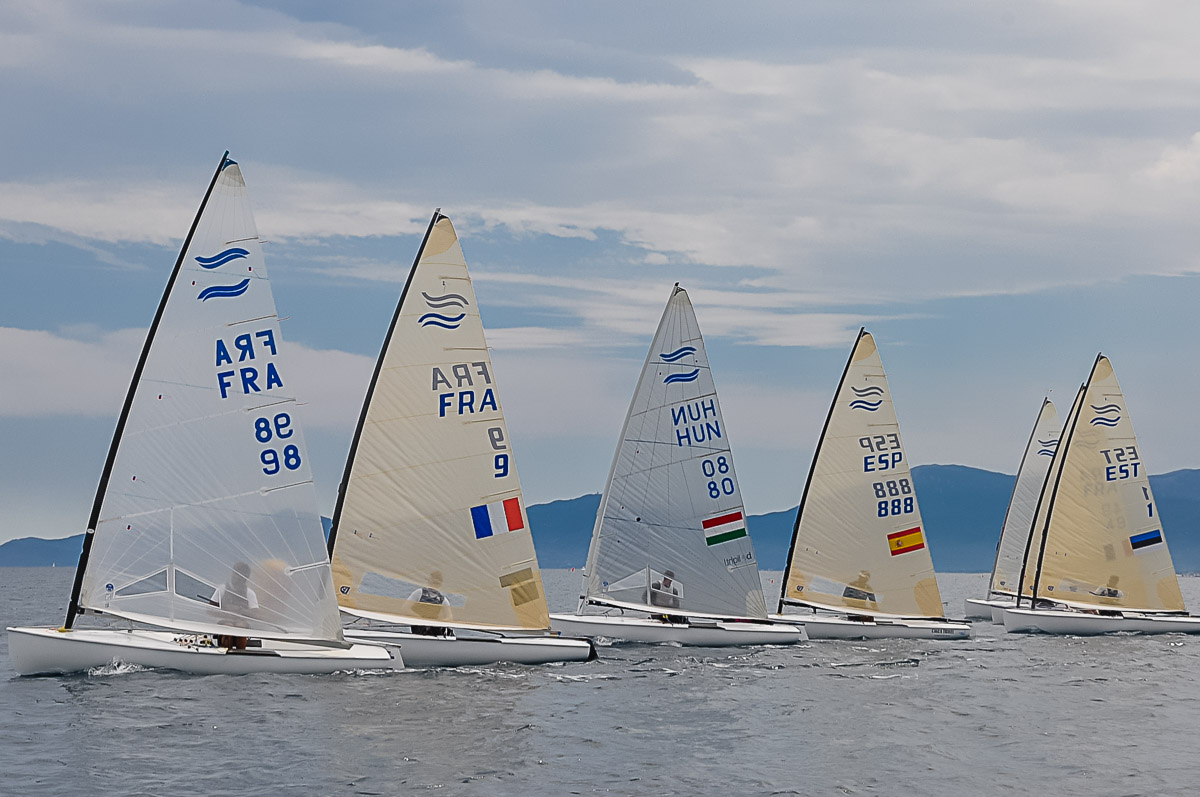