Finn sailors ready for return to racing at Europeans in Gdynia

The huge fleet at the 2019 Finn Europens in Athens

It’s been a long wait since the last major Finn event, but next week, the 2020 Open and U23 European Championship, as well as the Finn European Masters, will take place in Gdynia, Poland. The fleet sizes are smaller than usual, but there was a huge desire on the part of the class, the sailors and the organizers for the event to go ahead.

With the Finn Gold Cup in Palma recently being cancelled, this is the only major senior event this year, though many of the fleet are expected to head to Kiel Week straight afterwards. The sailors have been training in small groups across Europe but this will be the first time they have met since the 2019 Finn Gold Cup in Melbourne, in December. How they have faired during these strange times, and who has made any gains, will be interesting to see.

With the exception of those outside Europe most of the top sailors will be present, with well over half the fleet still chasing the final European place at the Tokyo Olympics, which is expected to happen at the 2021 Finn Gold Cup in Porto, Portugal.

Among the favourites are Nicholas Heiner, from the Netherlands, Max Salminen from Sweden, Alican Kaynar, from Turkey and Zsombor Berecz, from Hungary, while the defending champion is Giles Scott, from Britain. 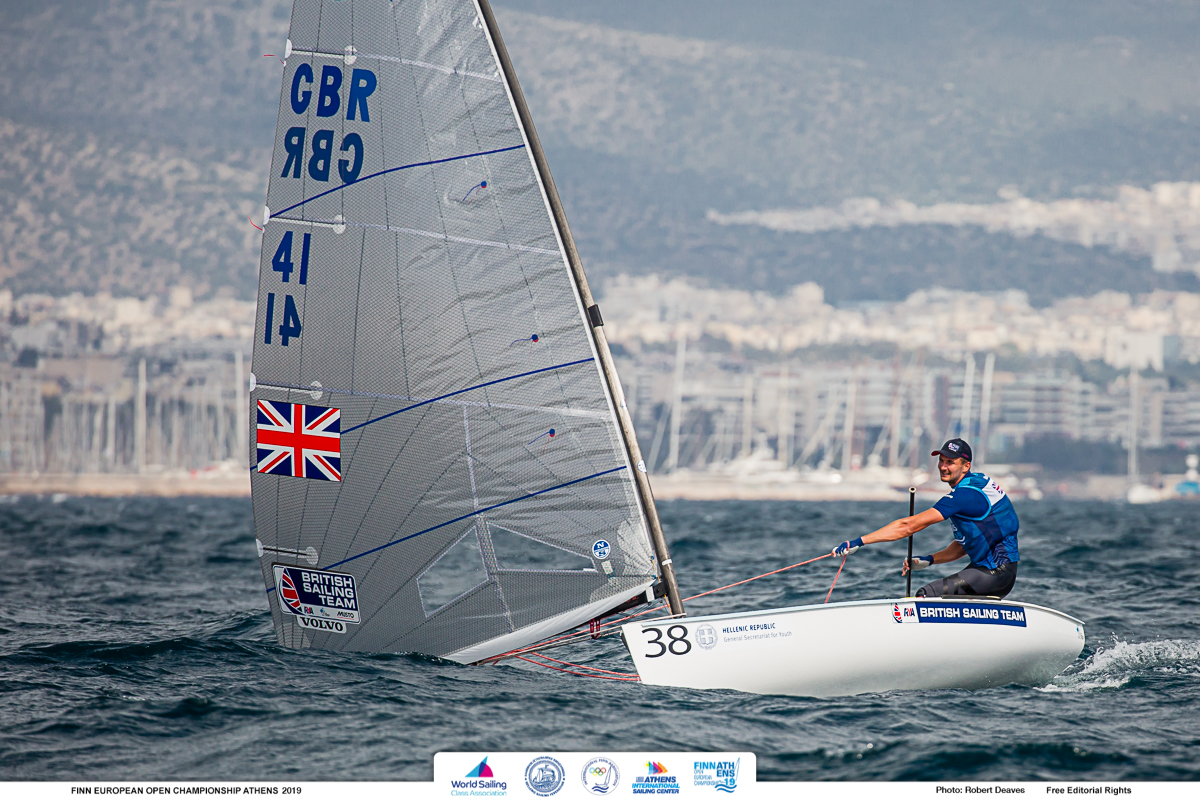 Scott said, “It’s great to be able to get racing again and having a championship regatta to go to again is a nice place to be. That being said a lot of us haven’t raced since the Worlds last year in Melbourne, so it’s going to be an interesting one. I won the Europeans last year but in all honesty that feels a lifetime ago with everything that has happened since.”

Aside from his America’s Cup commitments he has managed to train regularly in the UK. “We have been doing a couple days a week over the past eight weeks after the UK restrictions opened up. So Henry [Wetherell] and I have done a reasonable amount of two-boat sailing. It will be interesting checking in with the rest of the fleet.”

But he stresses it was important for everyone to get at least one regatta in this year. “For me personally it’s a big deal getting one event in as I’m shortly off to Auckland for the America’s Cup. So this will be my last check-in with the fleet before, probably, April next year.” 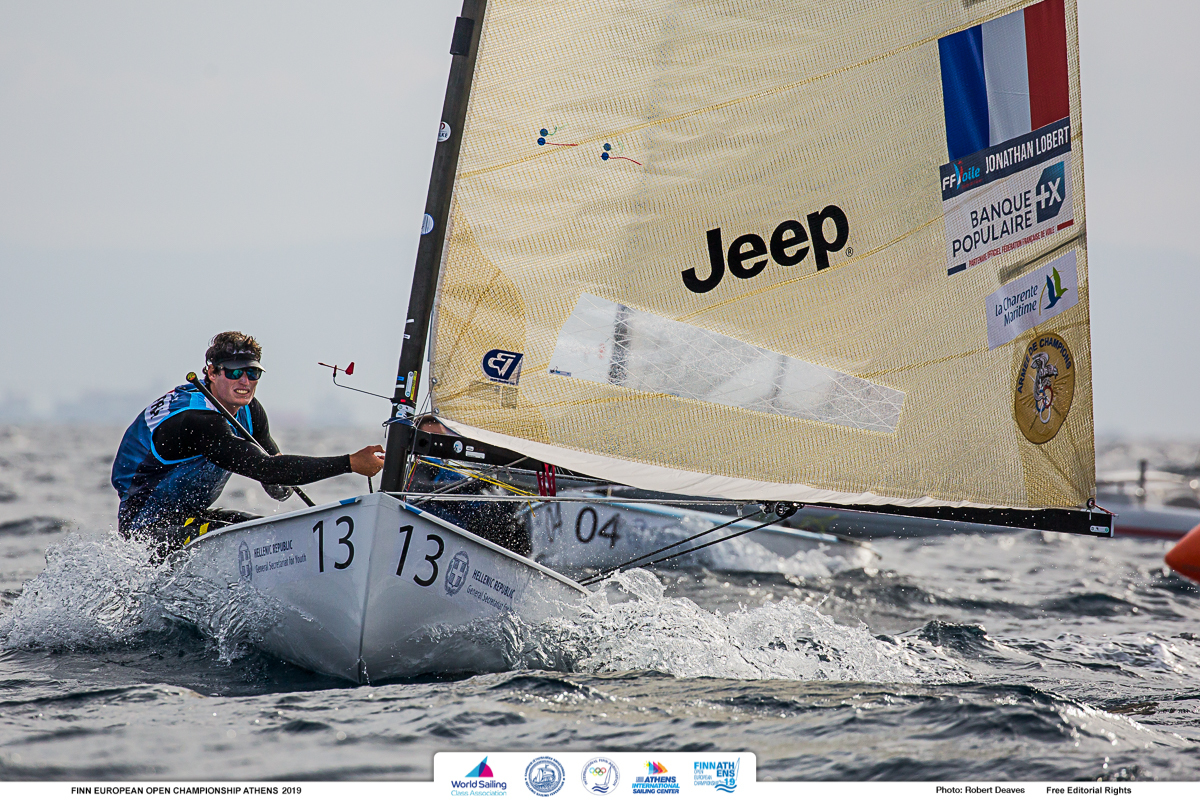 The 2017 European Champion, Jonathan Lobert, of France, is also very happy to be back racing.

“I’m very happy to be able to race again for the first time since Melbourne. We were training very hard in January, February and March in order to get ready for Genoa. So it’s great to meet the boys again to race.”

Since the lockdowns, “I managed to keep the training routine quite well on the physical side during the lockdown and then I have been sailing well with Antoine Devineau during the summer. I am looking forward to see how it goes in regatta mode.”

“I tried to keep my routine going, but I trained only with Antoine In France as the other French boys were not training in France. The plan was to stay as much as possible in safe areas with good sailing conditions.”

In terms of the regatta itself, “No big deal in terms of results. I just want to feel the excitement of racing again.”

Spain’s Joan Cardona is the defending U23 European Champion. He skipped last week’s Finn Silver Cup, which was won by Oskari Muhonen, from Finland. Both have been putting in the time, so that should also prove to be an epic battle within the larger fleet. Both are still also hoping to qualify for Tokyo, so there is a lot to prove.

There are around 70 entries across both the Open and Masters fleets, though final numbers won’t be known until everyone successfully crosses all the border hurdles placed in their way before arrival.

The 2020 Open, U23 and Masters European Championship takes place from August 30 to September 6, with a series of 10 races from September 2-6. The intention is also to provide the normal class media coverage – well as normal as possible – which will all be available through the event website. 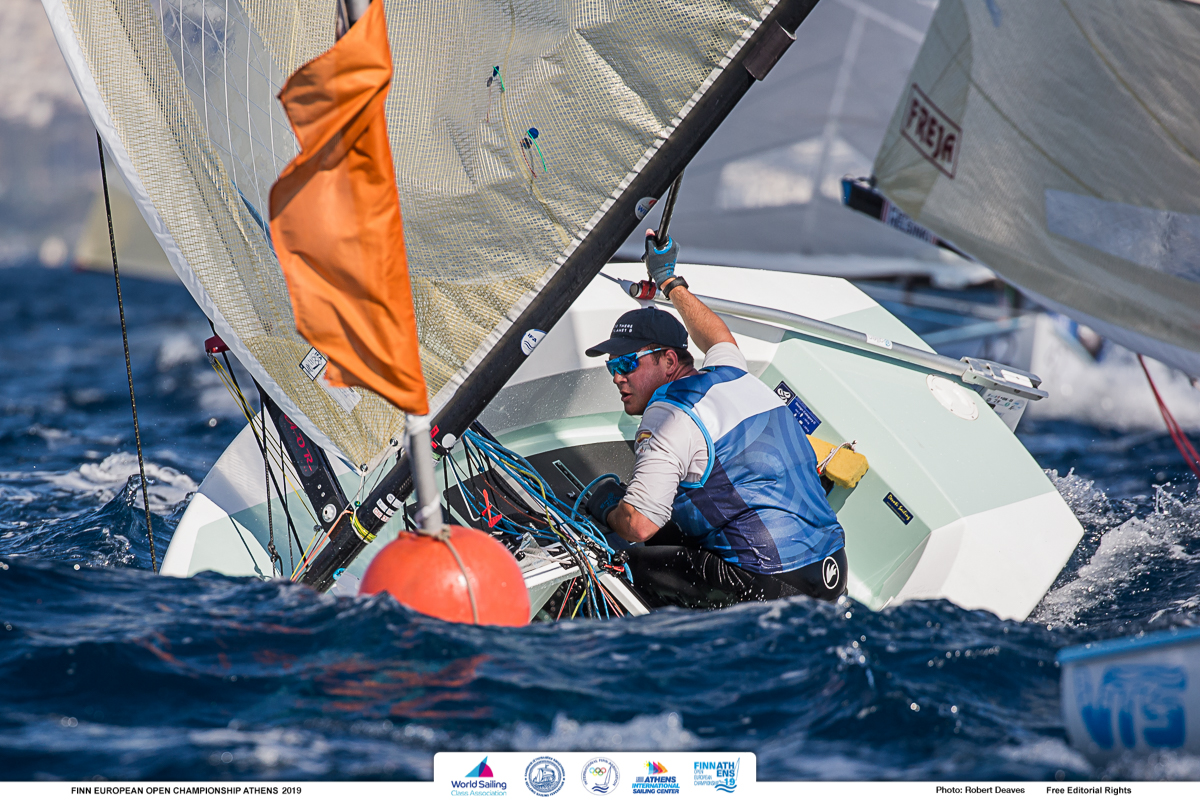