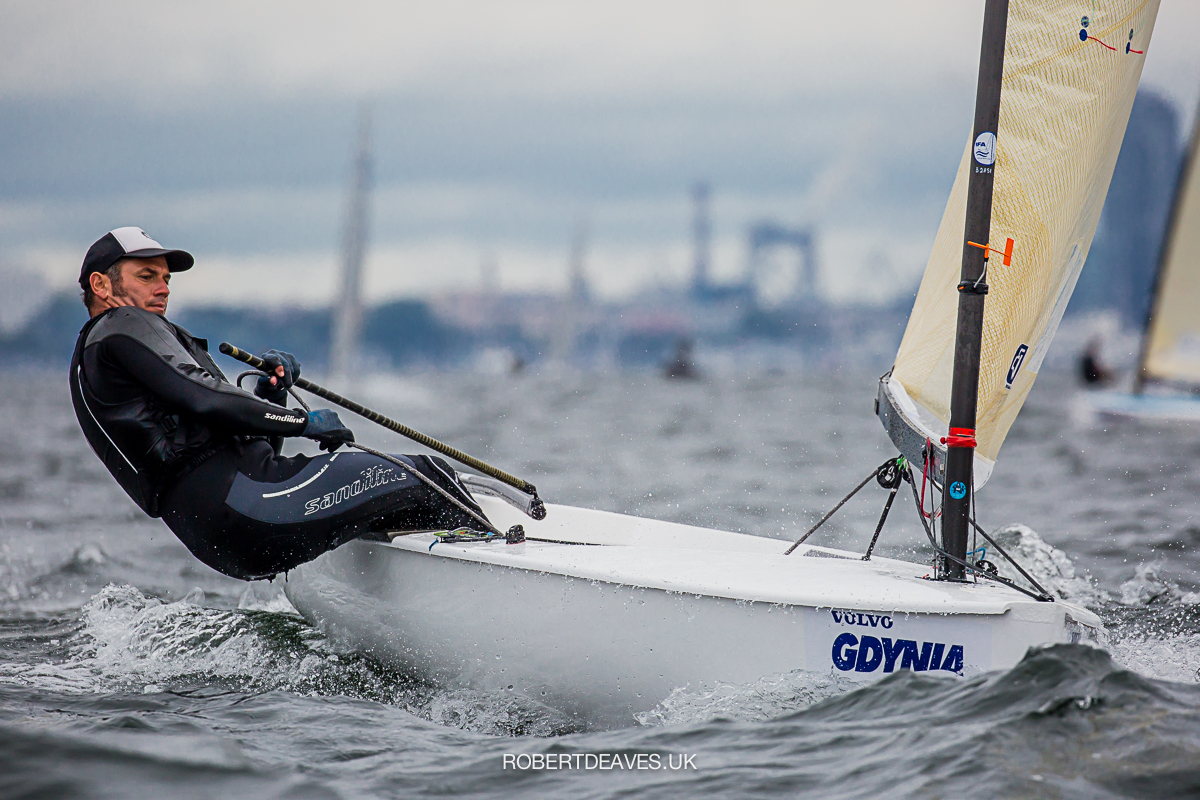 Spain’s, Alejandro Muscat has taken the lead at the 2020 U23, Open and Masters Finn European Championship after two more races in Gdynia, Poland. Giles Scott, from Britain drops to second, while Zsombor Berecz, from Hungary, moves up to third. The race wins went to Joan Cardona, from Spain, and Nils Theuninck, from Switzerland.

There are 70 Finns from 27 nations taking part. Cardona is also the leading U23 while Milan Vujasinovic, from Croatia, is the leading Master.

The day was sailed in 10-13 knots, with low cloud, the occasional glimpse of blue sky and ended with a rain shower that affected the end of Race 4. The points at the top are very close, but with one more race the discard comes into effect.

The wind was forecast to be pretty shifty and twist clockwise, but that didn’t happen until late in the day. Race 3 got away first time after a short postponement with those on the left side of the course benefitting from a huge shift that left those on the right somewhat stranded. Argentina’s Facundo Olezza rounded first from Cardona and Alican Kaynar, from Turkey. Cardona had the best downwind but split the gate with Olezza and emerged ahead at the second top mark to go on to take the win from Olezza and Muscat. 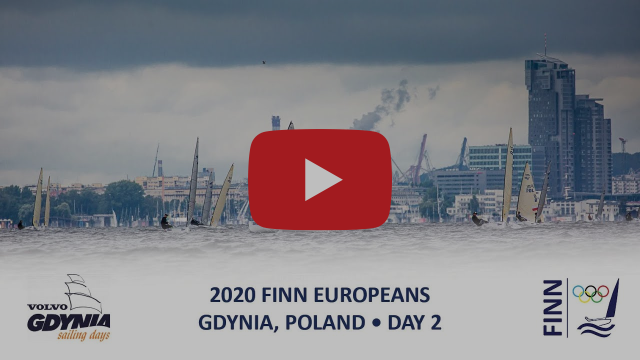 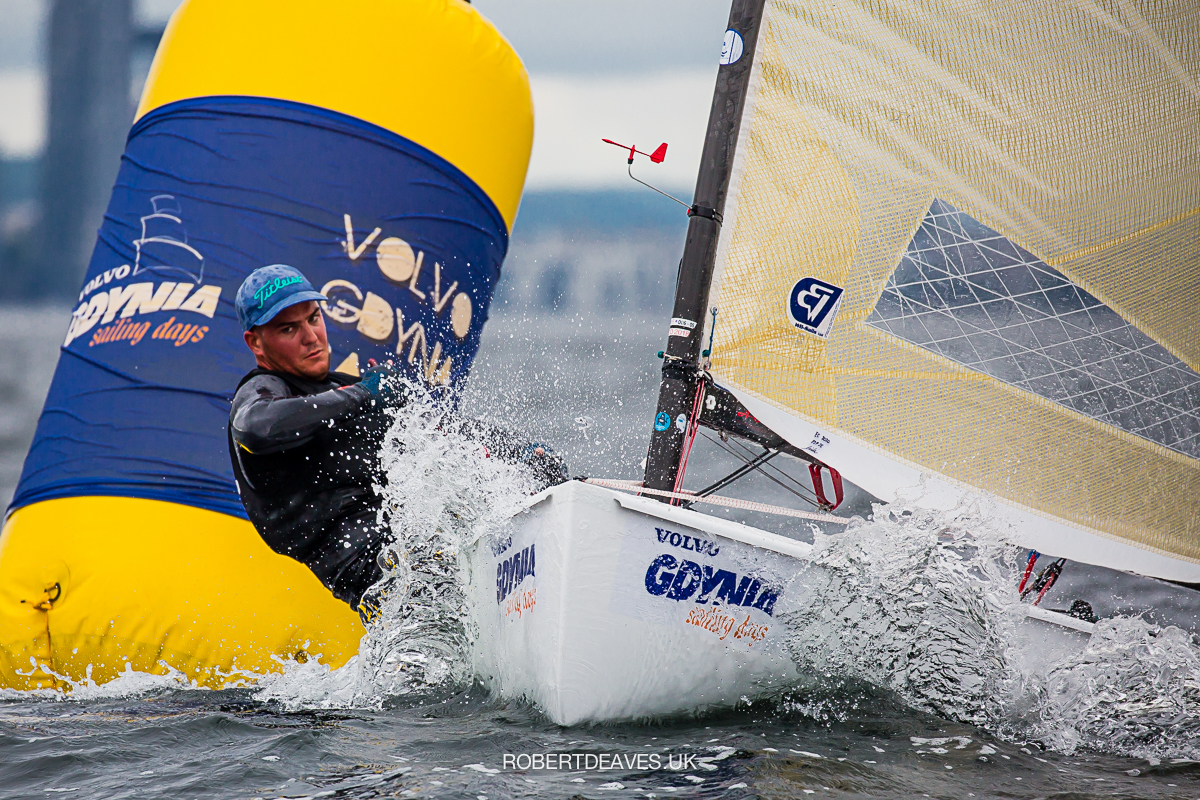 The wind dropped slightly for Race 2 with some low cloud appearing from the direction of Gdansk. Theuninck got to the top mark first though Nicholas Heiner, from The Netherlands, was faster and got round the outside to lead downwind, with Cardona in third. However Theuninck had the lead by the gate and didn’t let it go. On the second upwind the cloud and shift arrived, swinging the wind right to make the end of the upwind a reach, followed by a reach to the finish. Berecz came up to second and Scott third, and nothing changed down to the finish.

Then the rain reappeared and lasted until everyone was ashore.

Cardona, the defending U23 European Champion, produced the best score of the day with a 1, 4 and moves up to fifth overall.

“Today was quite a tricky day and I managed to come home with two top 5 finishes. So I am very happy to stay consistent on a difficult day.”

“The last race at the end of the second upwind we had the shift from the right, but the guys who were in front stayed in front so it didn’t really change anything but it was not the best race. Still I managed to finish fourth, so I am happy.”

“I am enjoying racing again and I think we have prepared very well. We were training in Palma with Nenad and Zsombor and we were also in Santander after the quarantine, so I think we had a really nice group of Finn sailors and we are proving that here with a really nice job.” 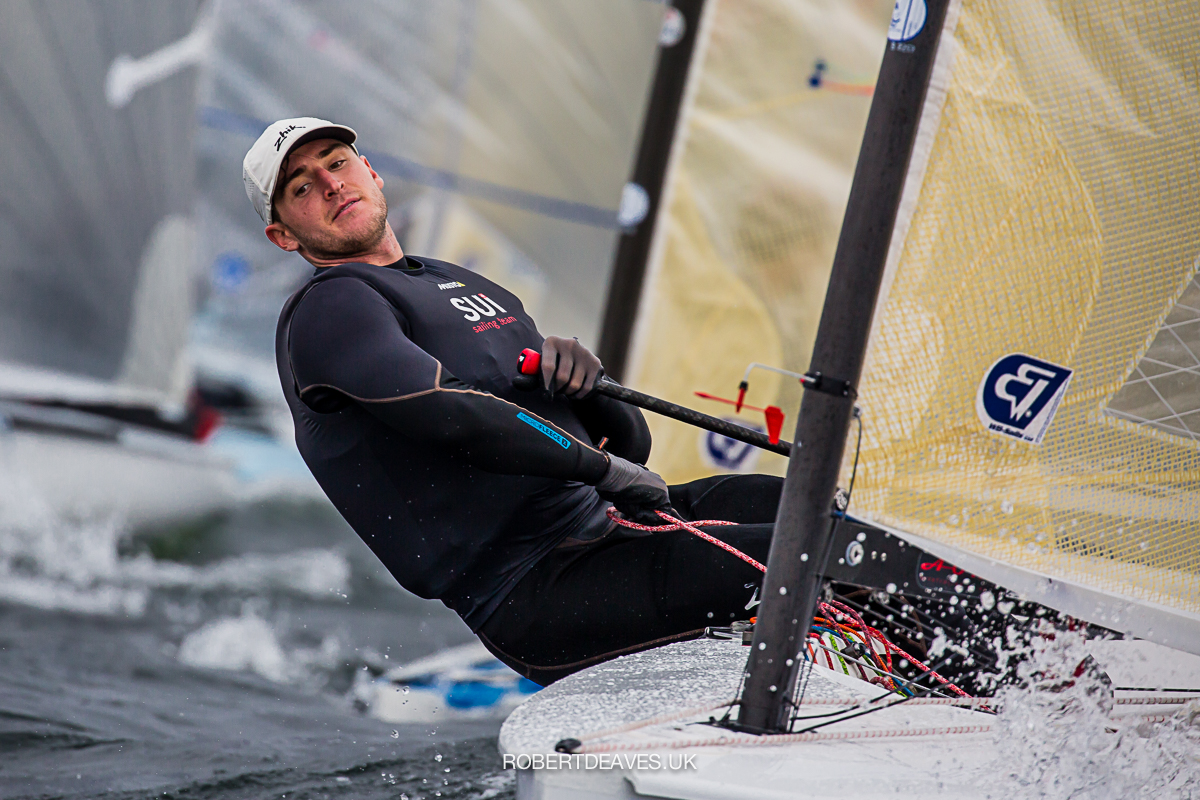 Theuninck ended the day with a 6, 1 and moves up to fourth overall.

He said, “I had a good day. Today was pretty tricky with a lot of rain clouds coming through and the second race we had a big shift, but I managed to deal with it nicely and take the win.”

Over the summer, “I have been training a lot in Holland with Nick Heiner, so that’s been really, really good. But I am really happy to be racing again finally, and something different from only training.”

“Even though we are in corona times, it’s really nice that a lot of guys have come here to take part in the Europeans. Most of the top guys are here so that’s really nice.”

“Everyone in Poland has really welcomed all the sailors from around Europe, and it’s very nice to be sailing and I think we are one of the only Olympic classes that are managing to be racing right now, so that’s great for us.” 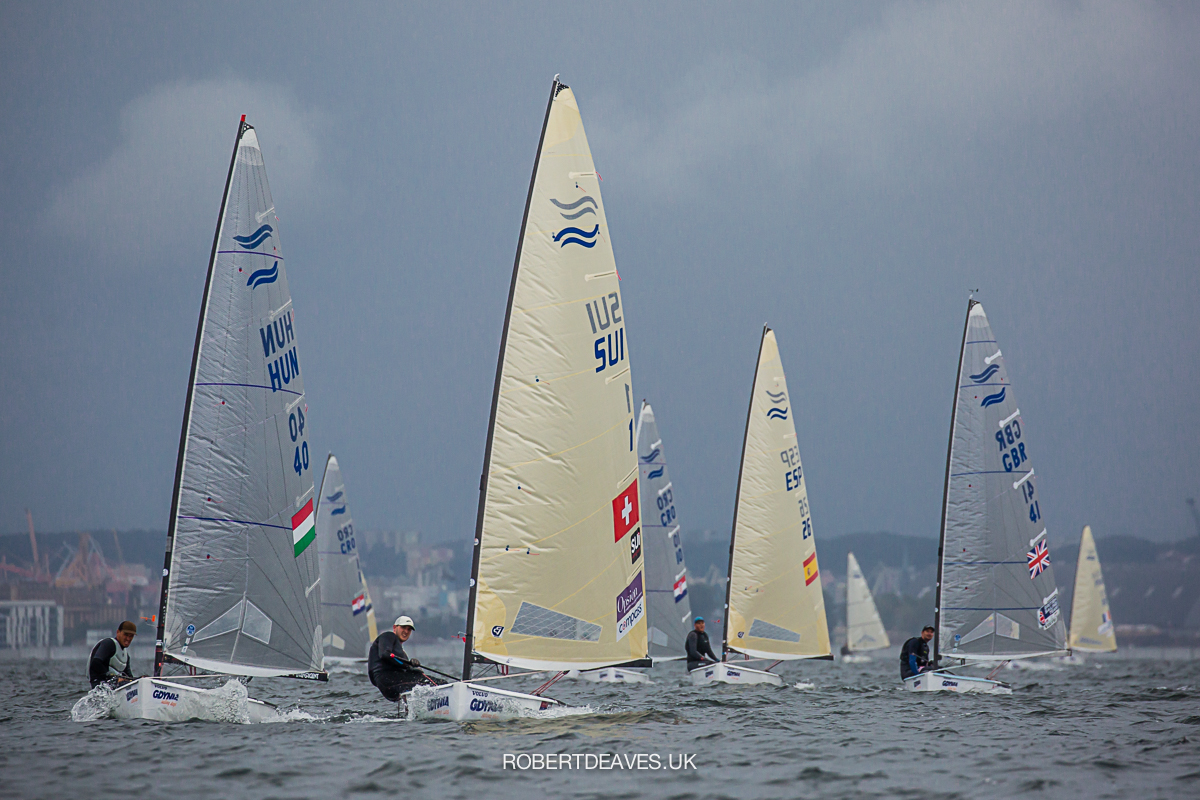 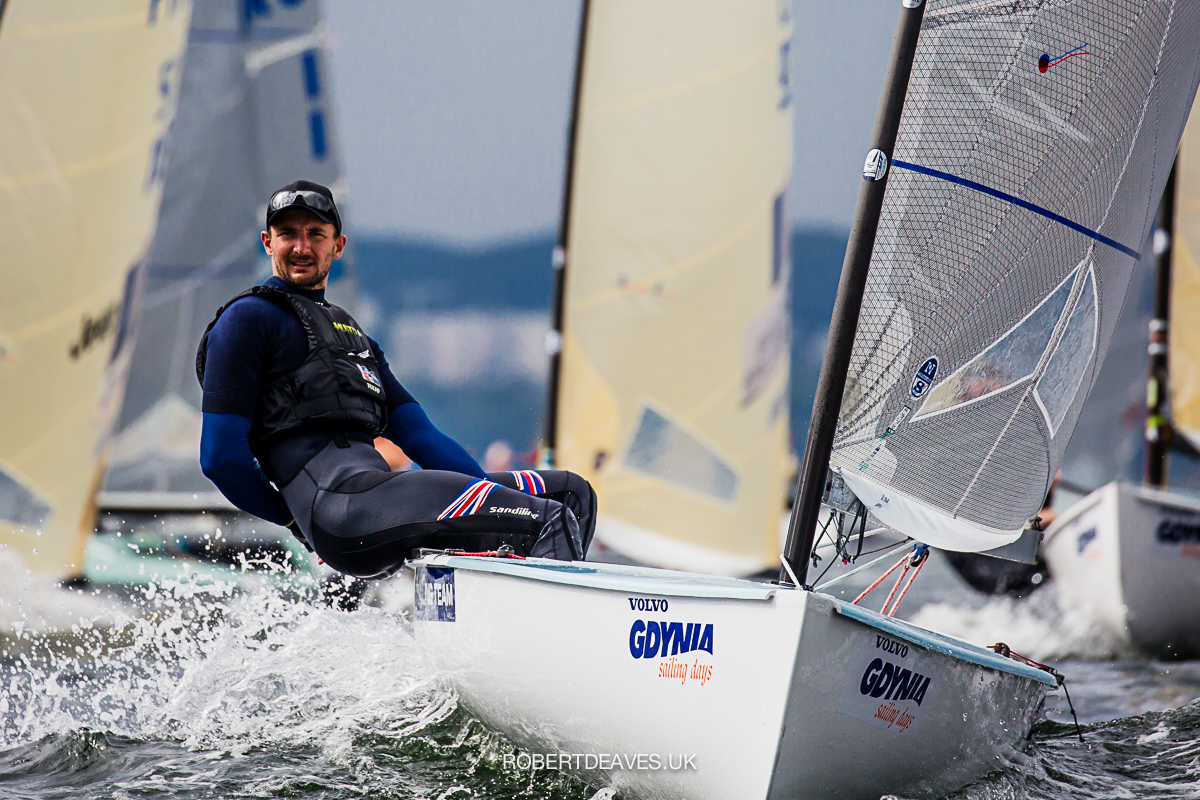