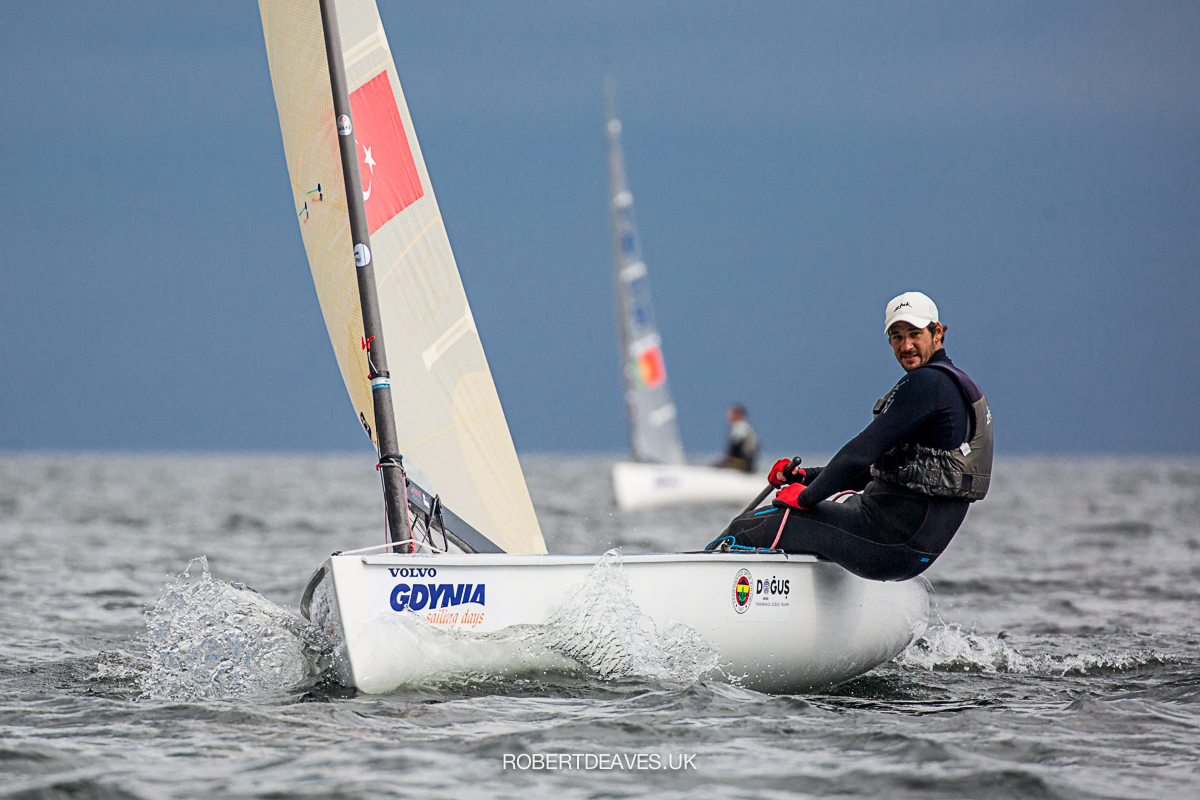 Alejandro Muscat, from Spain, holds on to the lead at the 2020 U23, Open and Masters Finn European Championship in Gdynia, Poland, after two tough races in very shifty offshore winds. He sits one point ahead of Britain’s Giles Scott, with Zsombor Berecz, Hungary, just two points further back. However, the day belonged to Alican Kaynar, from Turkey, who won both races.

Gdynia threw another set of conditions at the 70 Finn sailors from 27 countries on the third day of the European Championships, with a fitful offshore wind as shifty as a politician, and varying between 4 and 14 knots. Strategy took less priority over tactics today with everyone making a huge number of tacks to respond to the multitudinous shifts coming off the shore. Those who favoured sides normally came off worse.

Kaynar was the early leader in Race 5 rounding level with Antoine Devineau, from France with Canada’s Tom Ramshaw close behind. Ramshaw took the lead downwind, but Kaynar nailed the second beat to round with a comfortable lead and take the race win. Nicholas Heiner, from The Netherlands came through for second with Berecz rounding out the top three. 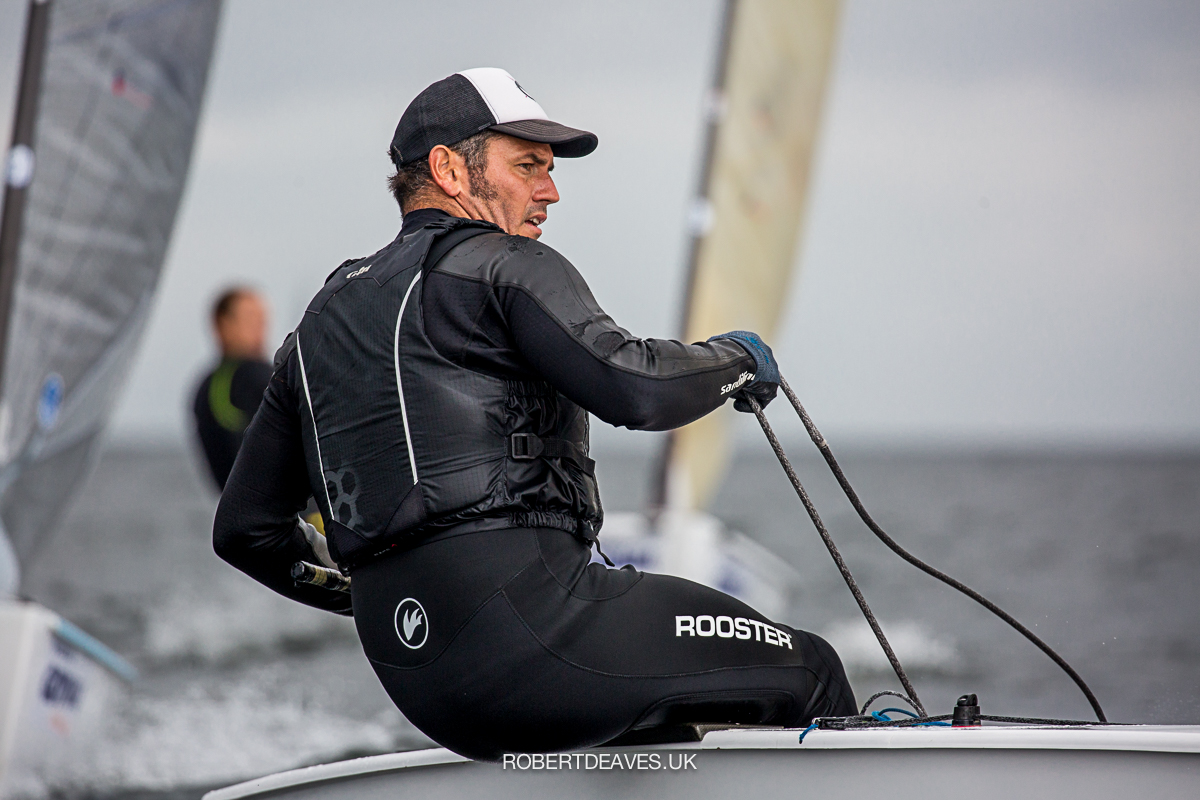 After a general recall, Race 6 got away under a black flag. Again Kaynar led at the top, this time from Deniss Karpak, from Estonia, and Joan Cardona, from Spain. He maintained the lead throughout, though Karpak closed right up on the second downwind as the wind went really light for a while and was overlapped through the final gate. Kaynar took the win from Karpak, with Muscat coming through to third to keep the overall lead. Many boats timed out as the wind finally gave up.

Kaynar moves up to fifth overall. “It was again a tricky day. We have had a lot of shifty winds over the past two days, so today it was from another direction and again shifty, I had two bullets, and I am really happy about that as I think it’s very hard to do it in this kind of wind. It was a good day for me.”

This event is his first and only Finn event of the year. “From March I was at home until this regatta, so it was the longest time for at least eight years that I was home training. I was alone but at the end it’s more important to be healthy.”

“After a long break I am really happy to be here and they have made us really welcome in Poland so it’s great to be back in the boat and racing. This is it for me this year. I won’t be doing any other regattas, I will just start training for the Games.” 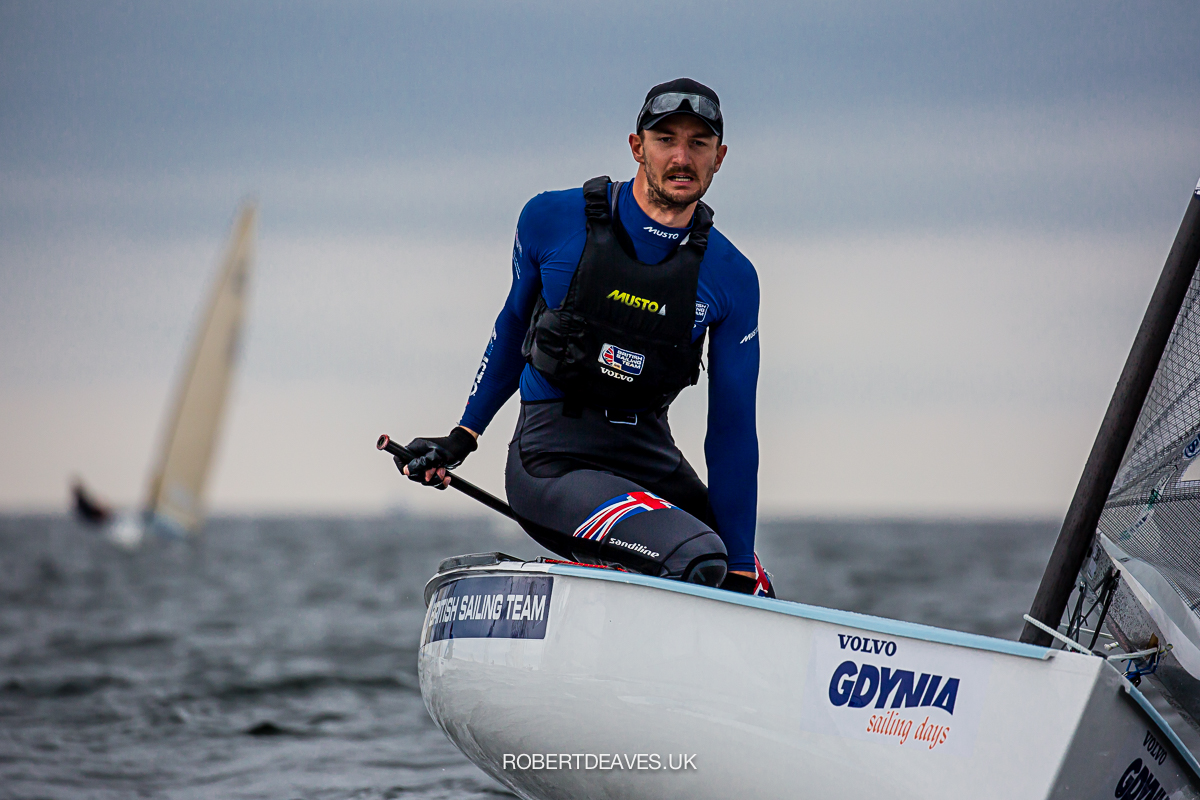 Max Salminen, from Sweden, moves up to 14 after a 13, 6, his best day of the week so far after struggling at the beginning of the event.

“I managed to do better today. I didn’t get off to a good start. But it is very tricky. Maybe I have been trying to sail too conservatively and not daring to go with the gut, but I did that more today and it paid off. But really tricky again today and you feel lucky to survive the day.”

On getting back to racing “Most of all, it’s just really nice to be back sailing. You realise have much you missed this and everyone comes together and you can race and have a more normal life again. So I am super happy just to be here and racing.”

He says this regatta was really important for all the sailors. “I think for many of the top guys it was very important for this event to happen. To still believe in it and believe that the Olympics will happen and just be back in the boat for real, and not just training in your home country, but to race at top level. So I am super happy for that. Many people did a great job to pulling this together to make sure it happened and Poland is doing a great job hosting us.”

There are just four races left in the championship and there are just nine points between the top six, so it is still wide open.

Racing continues until Sunday with a 10 race series scheduled. 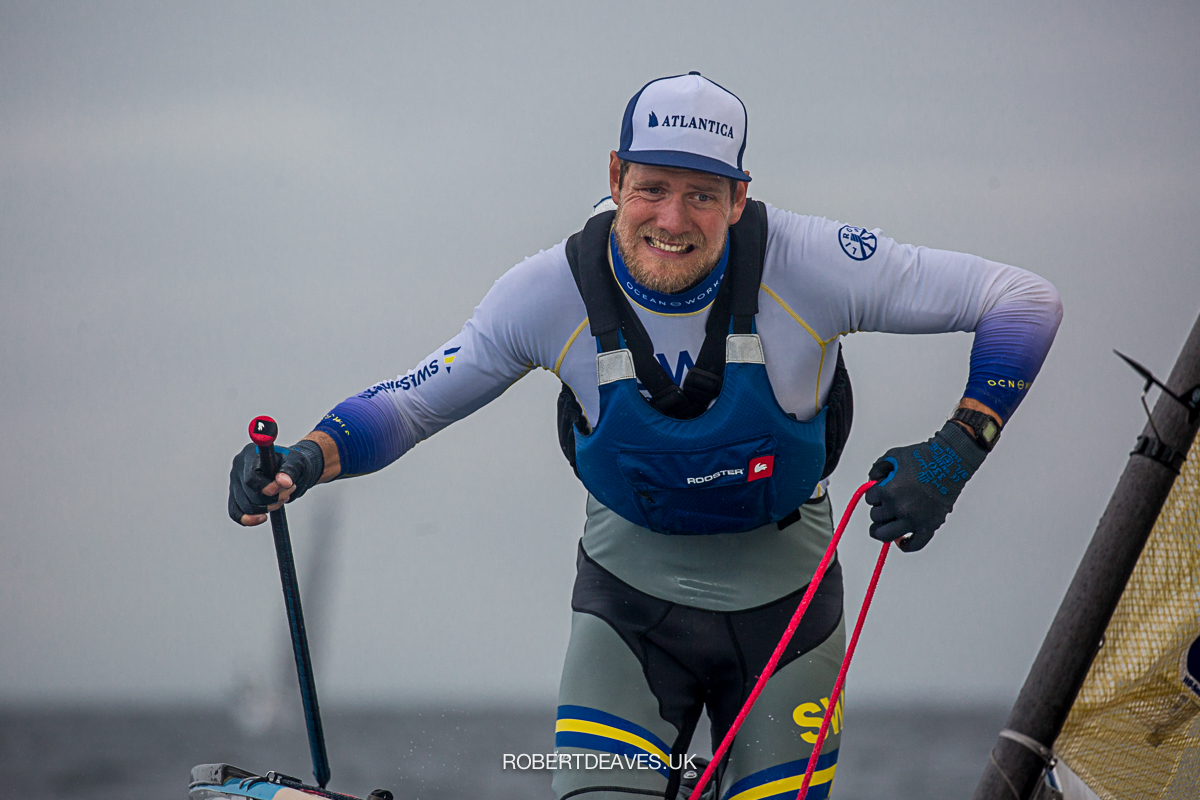 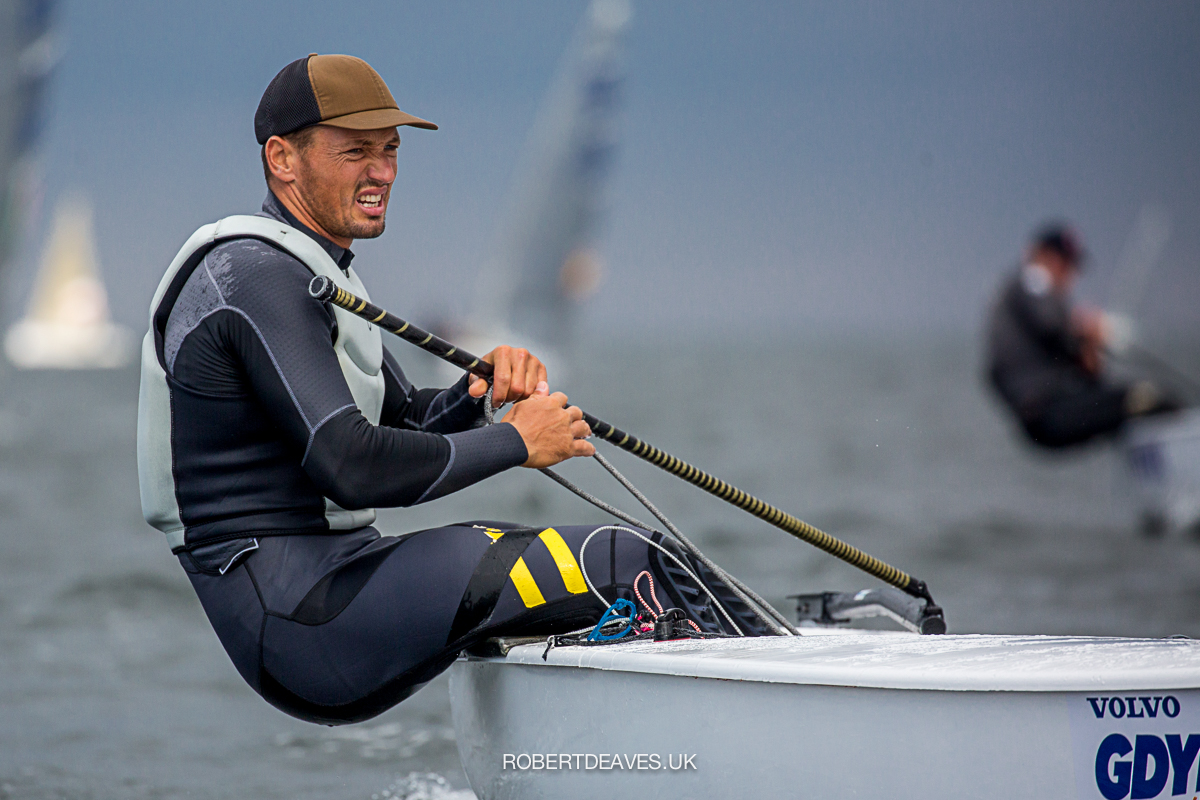 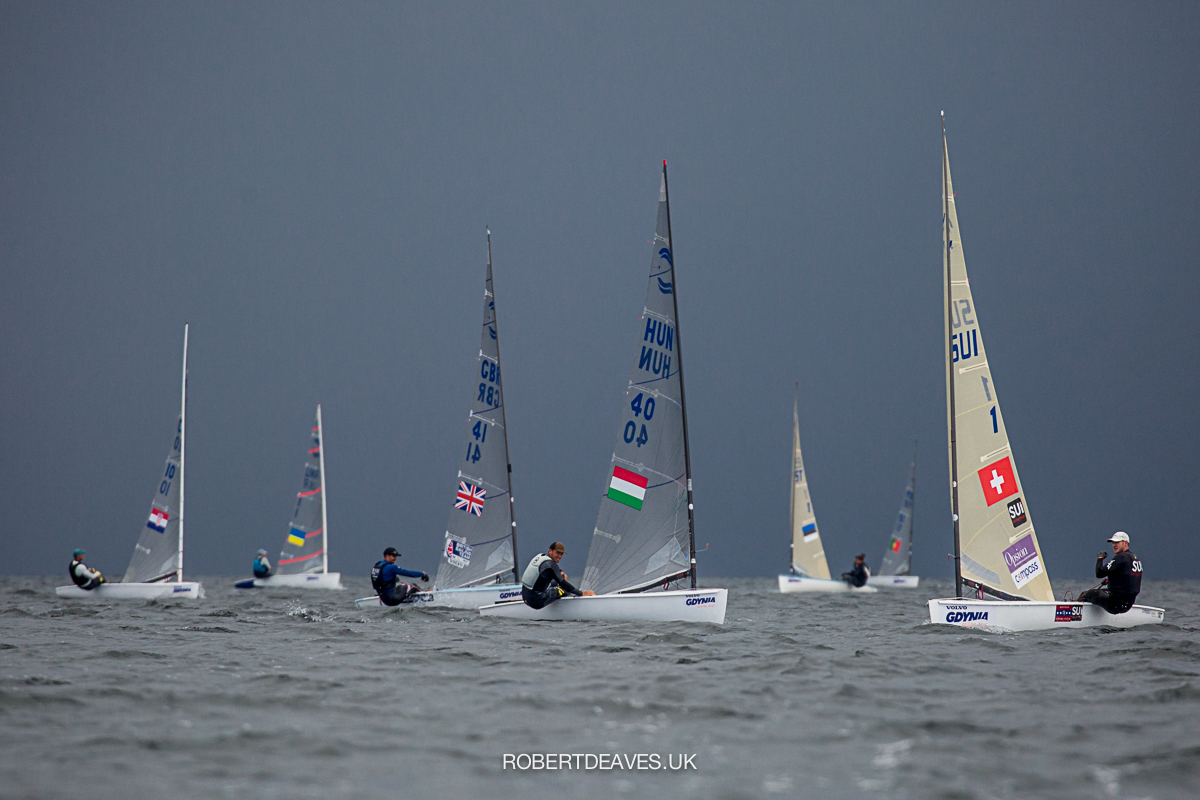 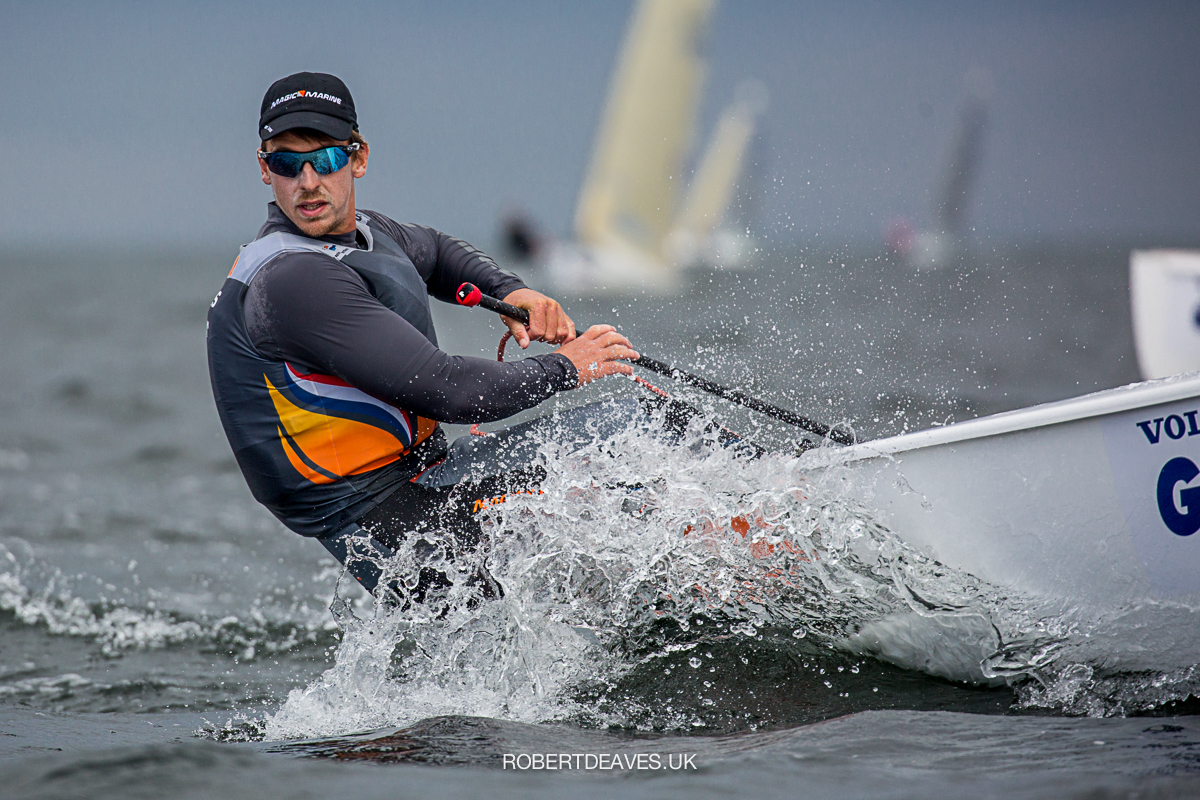