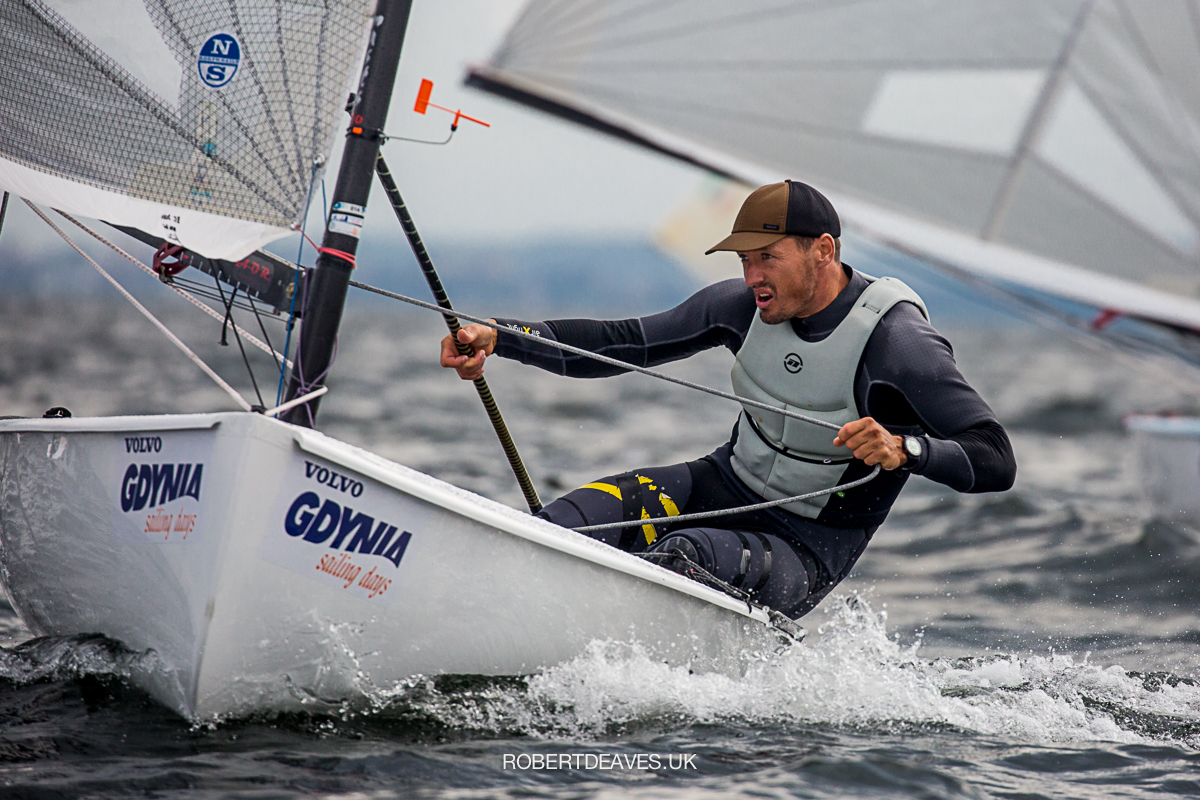 Zsombor Berecz, the 2018 World Champion, from Hungary, has taken the lead at the 2020 U23, Open and Masters Finn European Championship in Gdynia, Poland with one day left to sail. Going into the last day on Sunday he has a three-point lead over defending champion Giles Scott, from Britain, while overnight leader Alejandro Muscat, from Spain, drops to third. The two light wind races on Saturday were won by Croatia’s Josip Olujic and Nicholas Heiner, from The Netherlands, on a rather wet, cold and grey day in Gdynia.

Race 7 started in low cloud and incessant rain, with the 7-8 knots at the start dropping to 3-4 downwind. Olujic led at the first mark from Turkey’s Alican Kaynar and the pair managed to separate from the fleet for their own race. Olujic controlled the rest of the race nicely to take the win from Kaynar, with Canada’s Tom Ramshaw leading the rest of the fleet home. However he was BFD, so Spain’s Joan Cardona took third place.

The rain had stopped for Race 8, but the wind was starting to shift right again. Muscat was fastest to the top mark, just ahead of Heiner, but Heiner found a private wind and was soon gone, never to be touched, winning the race by a huge margin. Milan Vujasinovic, from Croatia, was next best, rounding the gate in second and keeping Berecz at bay up to the top and down to the finish.

Berecz had the best day in the fleet with a 4,3 to take a three-point lead at the top, while a 5,7 from Scott keeps him in contention. Muscat is a further 12 points back, with the middle of the top 10 still pretty tight. 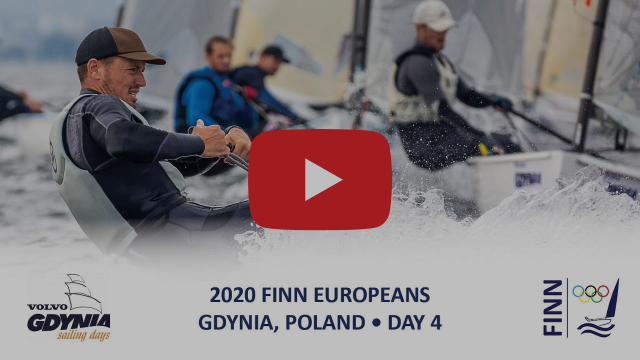 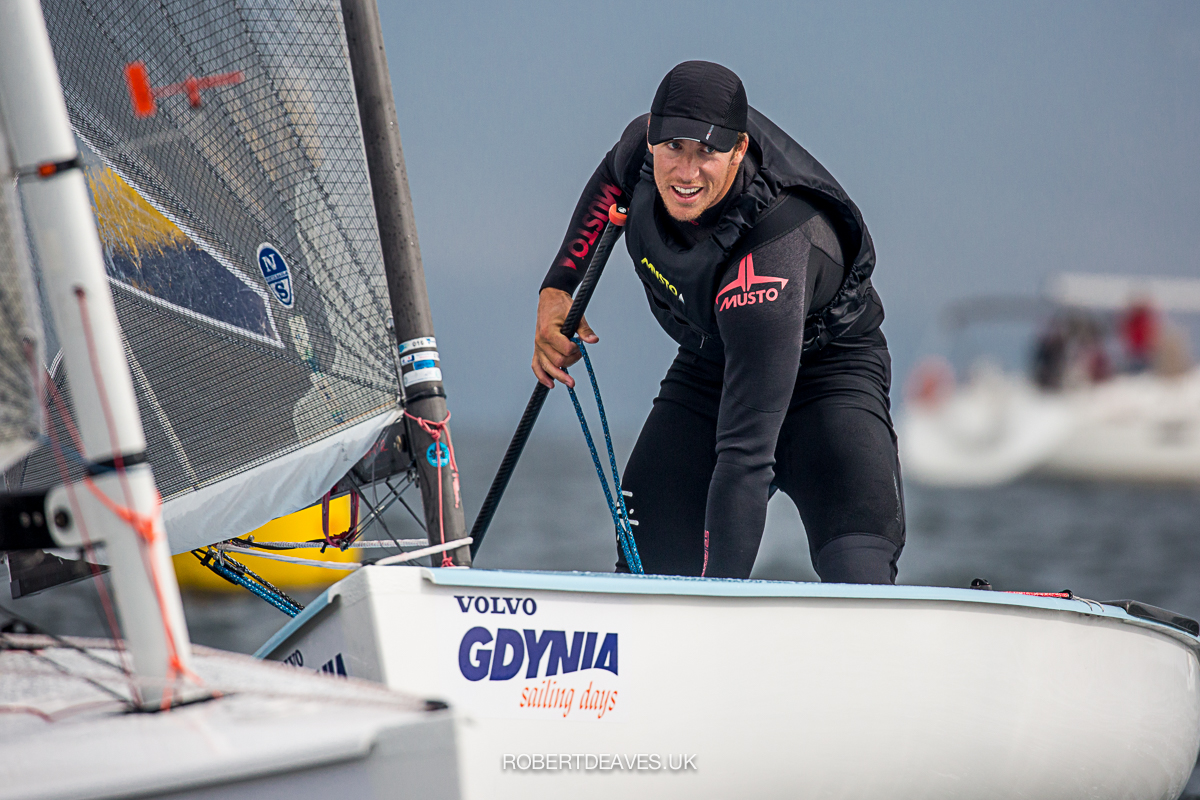 Olujic explained his day. “Today was just another ordinary day here in Gdynia, with a shifty and tricky wind, and also a bit lighter. In the first race I got the bullet, which I was happy with. From the start I went up the middle and I when the pressure came from the right, it was just a tack and I was gaining and gaining, so I had the whole group under control from that point on and kept it under control until the end.”

“In the second race I finished eighth, so I am trying to keep consistent and sailing in the top.”

Croatia still has to qualify for Tokyo, and with three sailors in the top 14 here, they will certainly be in contention. Olujic is the highest placed at the moment in sixth, but they all are capable to pushing the front, and each other.

“As one of the European countries that has not qualified for Tokyo, I was happy to see the qualifier will be in Porto next year. I was prepared for this year, but we can’t control that, and we go on. We have a good group of guys that are sailing at the top all the time, so it’s going to be a battle in between us as well as with the other European countries.” 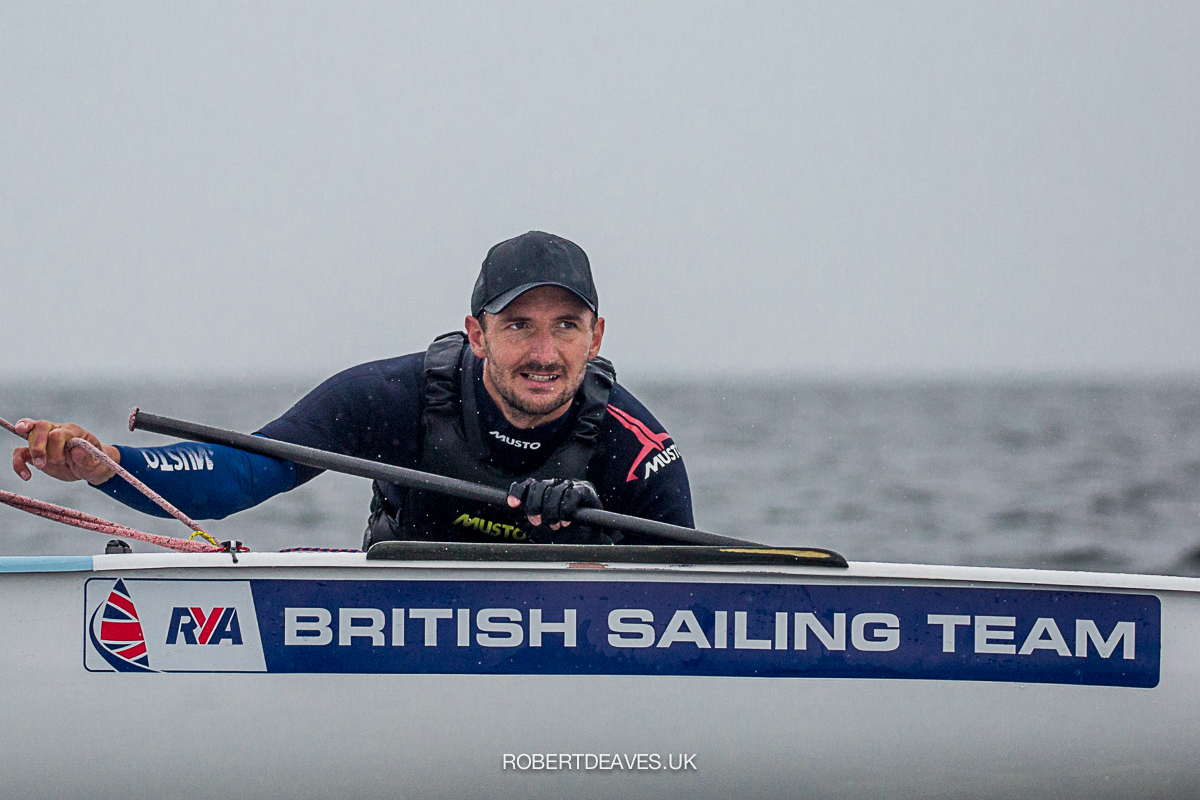 Heiner has had a lacklustre week so far with the odd highlight. He sits in seventh place, some 31 points off the top, so has some work to do. After a great 2019 season, he was widely expected to be a serious challenger here, but Gdynia’s conditions have bettered him in many races.

“Another tricky day, a cold day as well with a lot of rain, and good old Gdynia weather I guess. So far it’s not been the greatest of weeks for me. I’ve been unlucky in a few races and make quite a few stupid decisions but today was a bit better again and I won the last race. Definitely need to step it up a bit tomorrow for the final two races. It’s not the easiest place to sail, but that makes it fun.”

Over the summer, “Of course with the calendar this year being overthrown with the pandemic it’s been quite hard to know what to really prepare for. Once it was clear we had the Europeans and the Worlds, we had a nice training group in Holland. We probably did a bit too much leading up this event as we were peaking for the Finn Gold Cup in Palma, but that got cancelled, so too short to switch around for the Europeans. But I think we did a lot of good training over the summer, and it’s been nice to do that at home.”

“After this we go straight to Kiel, and then we still have the Dutch Nationals. Then we need to take a well deserved break. Basically since everything was cancelled in Palma, we have just been pushing through physically and in the boats, so definitely deserve some time off after this.”

Racing concludes on Sunday with two races possible to complete the 10 race series. 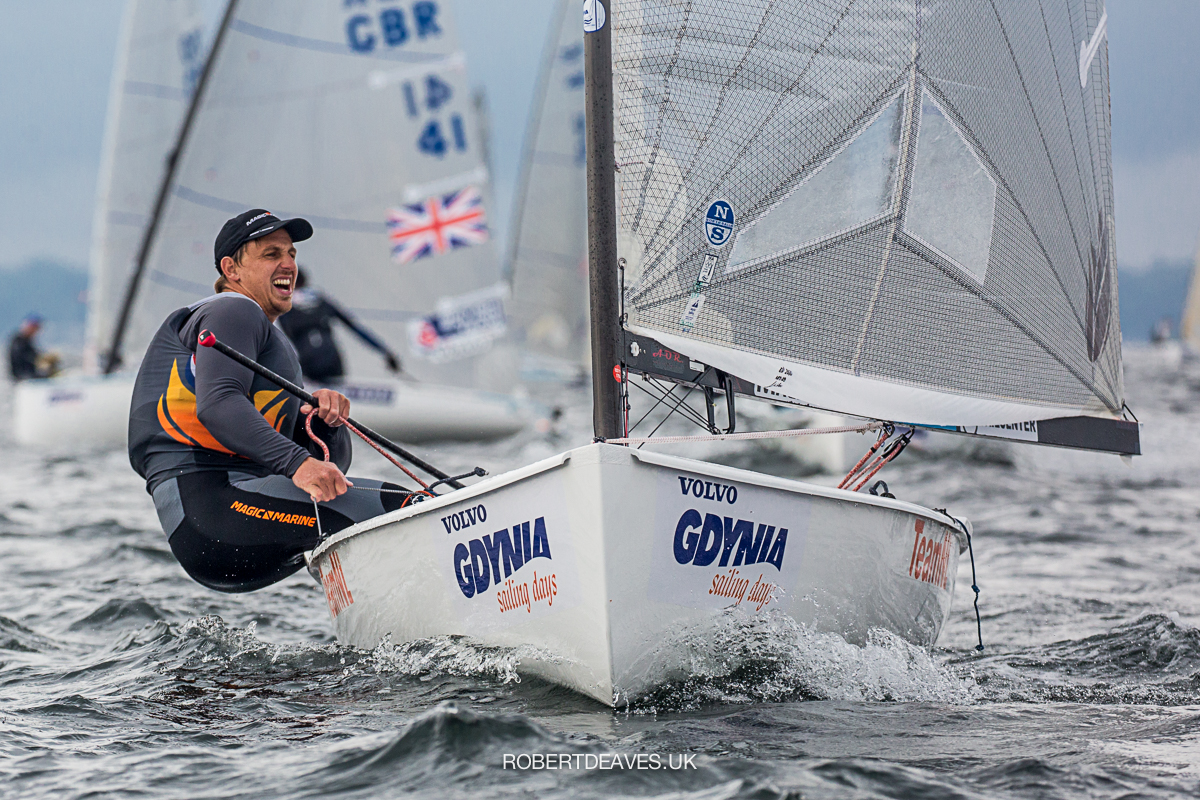 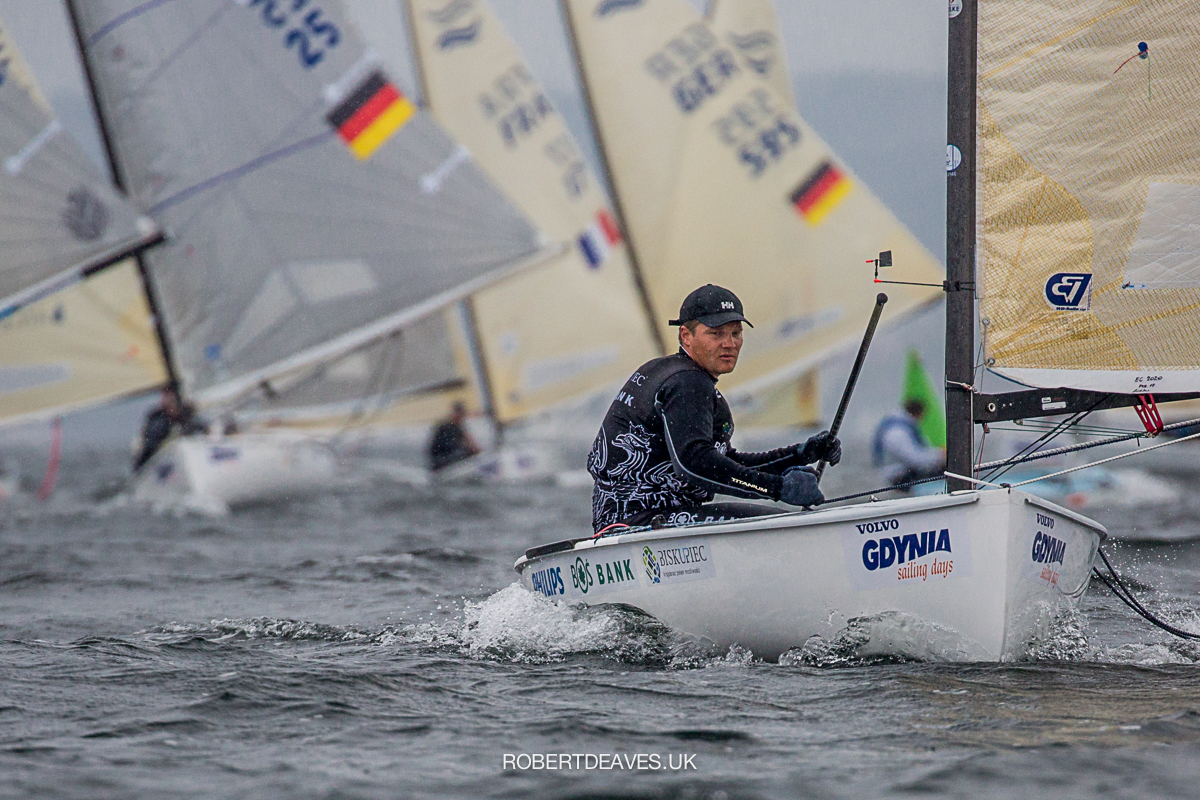