The 2021 Finn Masters Magazine has just been published and is winging its way to Finn Masters worldwide. While many still prefer the hard copy, it is also available to read online here.

In this issue, as well as a range of the usual articles and features, we talk to four Masters with very different backgrounds, but with similar views on the Finn class and the Master’s events. They are also all either retiring from or joining the Finn Masters Committee this year.

Here are some excerpts from the interviews. They all make good reading.

Philip Baum has stood on the Masters Committee since 2014 and is retiring this year after he was elected to the Board of World Sailing in 2020. For him, the Finn culture had an early and influential impact.

“All I ever wanted to do was sail a Finn.”

“As a teenager I was mesmerized by the stories Bruce [McCurrach] told of living and campaigning on the European Finn circuit. His other great friend, flat mate and travelling companion was Gilbert Lamboley, famous for our swing test. Initially, when they rented an apartment together neither spoke the other’s language but this was no barrier. The lingua franca was Finn speak.”

“To become a Finn sailor one joins the ranks of an elite brotherhood of sailors. The skill sets of successful Finn sailors include extreme athleticism, a capability for clever tactical racing and a fine understanding of many integral technical challenges for setting up the boat. Relatively small differences in boat speed have to be exploited with highly concentrated effort. These attributes make for a complete sailor capable of taking on the challenges of many other classes as is evident from the exceptional track record of former Finn sailors in other disciplines of the sport.”

His replacement on the committee will be Phil Chadwick from Australia, a relatively new Finn sailor, but one who has driven growth in Australia in recent years.

“We have built the local fleet from three Finns just three years ago to 32 today. Racing is hot. Brendon Casey (2012 London Rep) has just returned to the fleet as has Larry Kleist who was runner up in the 1984 Olympic trials. We have built something very special.”

“Sailing a Finn is an affordable way to race at a high level for an XL person as a skipper. Keelboats never appealed to me, as there are often oversized egos in charge. With the Finn it’s all you and you get the reward for effort. I just love it.”

“Anybody who has sailed a Finn knows it is a most comfortable boat to sail, particularly in light winds. This is rare for an XL sized person. Anybody from 80-130 kg can sail one and enjoy a level of competitiveness. As a Grand Master I have loved the opportunity to meet and race against some very accomplished sailors and meet the loveliest, kind people too. The spirit of a Finn sailor is something special. It’s hard to put into words.”

Rolf Elsässer has been on the Masters Committee since it started in 2004 and has seen the Masters fleet grow out of all proportion.

“Years ago I thought the amount of competitors would decline, since the old sailors would stop sailing and we do not have many ‘leisure’ Finn sailors in their 30s, especially in Germany. But I was wrong. We now see a lot of very good sailors coming from different classes who are tired of searching for a crew now enjoying singlehanded sailing. In addition, because of their good organisation and the professionalism, Finn sailors, once successful, are interested in participating. The Finn is still an Olympic class, but we do not know what will happen, if the Olympic Committee will decide differently. A well organised FWM is one of the best promotions for the class.”

“I see it as a development from an ‘amateur/fun’ level with small fleets, via a transition phase, where rules and regulations have been developed, into a professional organisation running fleets of more than 300 individuals. And, by the way, you have to consider singlehanded sailors, especially Finn sailors, are special individuals, and act as such. To get everything in line, you need a strong and professional organisation, which is what we have at present.”

He hands his role to fellow German, Andreas Bollongino. In the interview he tells of his first Finn regatta experience at Malcesine, which has influenced his opinion of the class ever since.

“When I arrived in the Club (which was a tent and a shower-container at this time) Michael Fellmann, whom I knew from my Laser days welcomed us. He looked at my boat and called Michael Maier to come over. Both Michaels then inspected my Mader, told me to supply them with cold beers for the next hours, and proceeded to completely refit my boat. They put in a carbon mast and a new sail (borrowed for the race), and made everything work. During the reconstruction of my boat, more and more Finn sailors joined them to give hints (asked and unasked).”

“From this moment on I was not only hooked on the Finn as a boat but on a class where Olympic sailors are willing to spend hours to get a rookie, who will never get even close to their performance, on the water.”

“To be a Finn sailor means for me, to be part of a unique community of likeminded, crazy but lovely people, who spend a huge amount of effort in a boat which is neither fast, nor comfortable, but demands a lot of fitness, endurance and experience to sail and to be part of the class where the values of good sportsmanship are lived and not only just talked about.”

Read the full version of all these interviews in the magazine. They are all great testimonies for the class and the culture of Finn sailing worldwide.

• Previews for upcoming events in Medemblik, Tihany, Helsinki and Puntala
• Proposal for 2023 from Kavala, Greece
• Changes to the Racing Rules, by Chris Watts
• Round up of Masters events across the world in 2020
• Summary of the 2020 Finn European Masters in Gdynia
• Plus all the usual news, views and results tables.

You can read it online here or download a PDF here. 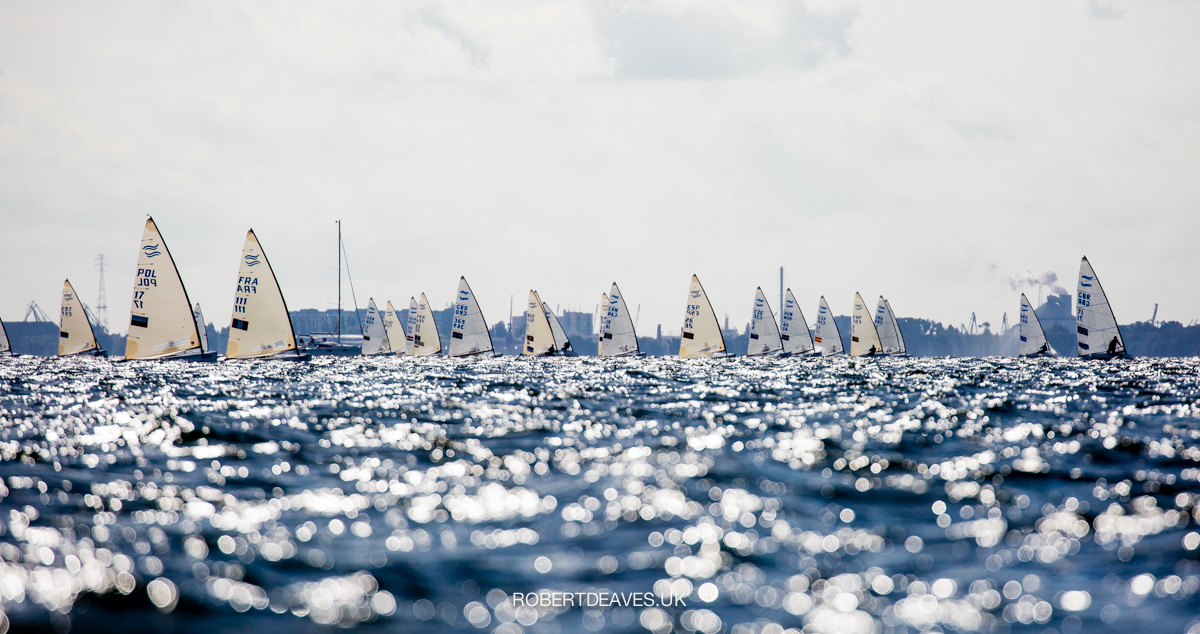