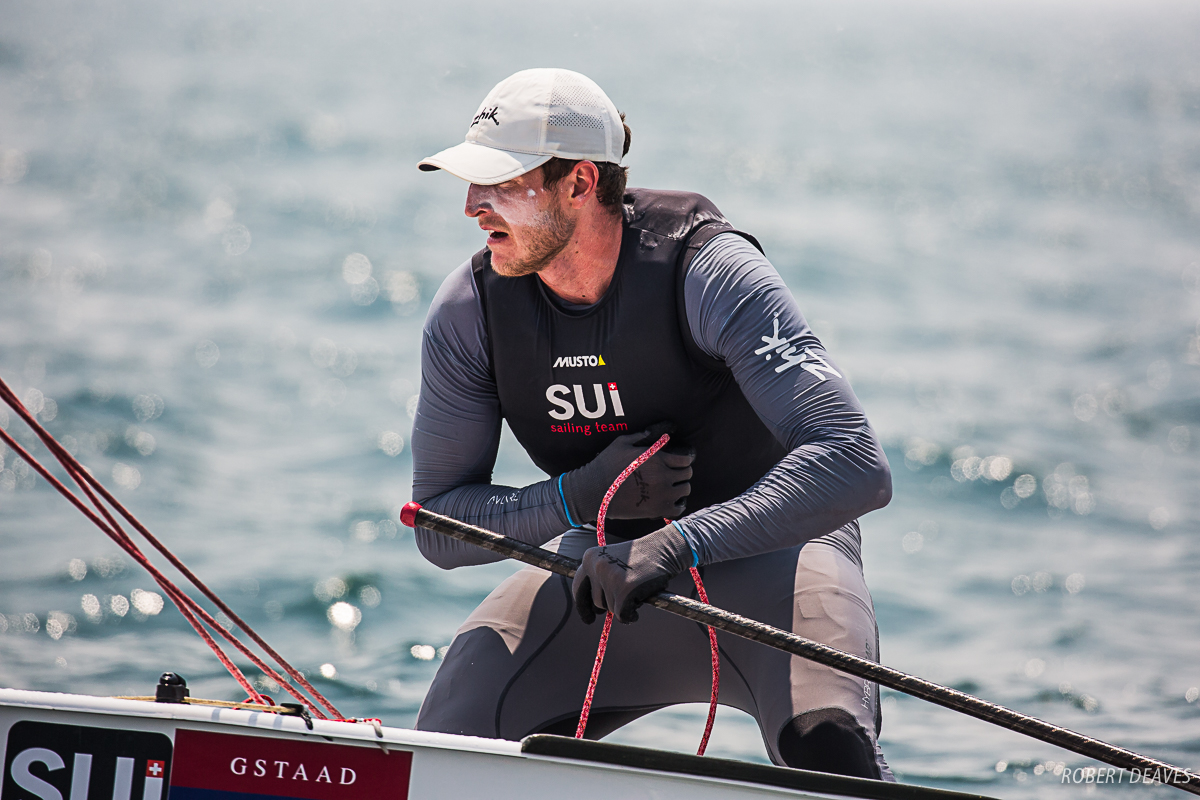 The 2021 Open and U23 Finn European Championship opens in sunny Vilamoura, Portugal, this weekend with a fleet of around 50 sailors from 28 nations entered. It is the beginning of the end of the extended road to Tokyo, and for many it is being used as a warm up event to the crucial Finn Gold Cup in Porto in four weeks, the final Olympic qualification event.

Originally intended to be sailed in Hyeres over the same dates, Vilamoura Sailing stepped in to organise the European Championships at short notice after the French organisers had to cancel due to the pandemic. It is the latest in a long list of events held in Vilamoura over the past few months and Vilamoura was a logical option for the Finn Europeans so that the sailors and boats can base themselves in Portugal without having to change countries between events.

It is also a welcome return to Vilamoura after the highly successful 1998 Europeans, which was at the time the largest ever entry at a Finn European Championship. Many of those who competed at that event in 1998 are back in 2021, albeit as coaches now, testimony to the enduing and unstoppable legacy of Finn sailing.

This event will be the first time much of the fleet has met since the 2019 Finn Gold Cup in Melbourne, at a time when pandemic was just another word in the dictionary. With only a few of the top sailors missing, it contains 13 out of the 17 sailors so far selected for Tokyo, as well as sailors from 15 countries who will be competing for the final European place in Porto in four weeks time.

The top 10 from last year’s Europeans in Gdynia, Poland, are all in Vilamoura including the defending champion from Hungary, Zsombor Berecz, 2016 Olympic gold medallist Giles Scott from Britain, and the runaway 2020 Under 23 European champion, Joan Cardona, from Spain, whose main goal over the next five weeks is to qualify Spain for Tokyo.

He said, “I am feeling confident about the Europeans. We know our main goal is the Gold Cup in Porto where we need to qualify Spain for the Olympics. So I will use this championship as the last warm up but still I am going to give it 100 per cent to finish the best possible.”

“This winter we trained really hard in Lanzarote and then in Cadiz with our partners Zsombor, Nenad, Ondrej and Juani. We started there in October until the end of January. We managed to sail two regattas in Gran Canaria and Lanzarote that were really helpful to see where we were at, and then we moved to Cadiz for the last two months where we did some more specific stuff by ourselves.”

“I think everyone in the fleet is quite happy to be racing between all of us again. Since the 2019 Worlds in Melbourne we did not have an event with almost everyone around the world and we all want to enjoy the excitement of the competition again.”

The 2013 World Champion, Jorge Zarif, from Brazil, is glad to be back.

“It feels really good. I haven’t seen some guys since the Europeans in 2019, almost two years ago. I was used to seeing them every two months. These are people that I have competed against for over a decade and some became really good friends. If the Finn is out for Paris, this will be the last time I come to Europe for Finn sailing. I will definitely miss everything.”

Like many sailors who have been isolated all last year, training has not been ideal.

“It’s hard. I could still do a lot of hours in Brazil, but the level of competition is not ideal, so I tried to focus on physical training and manoeuvres.”

“I am definitely one step behind most of the top guys but sailing is not swimming; things change fast.”

The new World Number 1, Nils Theuninck, from Switzerland is also one of those still trying to qualify for Tokyo.

“I have been sailing a lot and training hard. With that comes progression. There are a lot of young guys higher up on the ranking. The training this winter has gone really well. We’ve spent many days and hours on the water with my coach Mikael Lundh, and working alongside Luke Muller and Nicholas Heiner.”

He is really looking forward to racing starting in Vilamoura

So far, “Vilamoura had been really good, offering us various conditions. I’m expecting more of that for next week. The atmosphere here is a healthy mixture of pressure and excitement. There’s a good bunch of sailors who sail at a very high level here.”

Registration and measurement begins on Saturday 10 April, followed by 10 scheduled races over five days from Monday 12 to Friday 16 April. 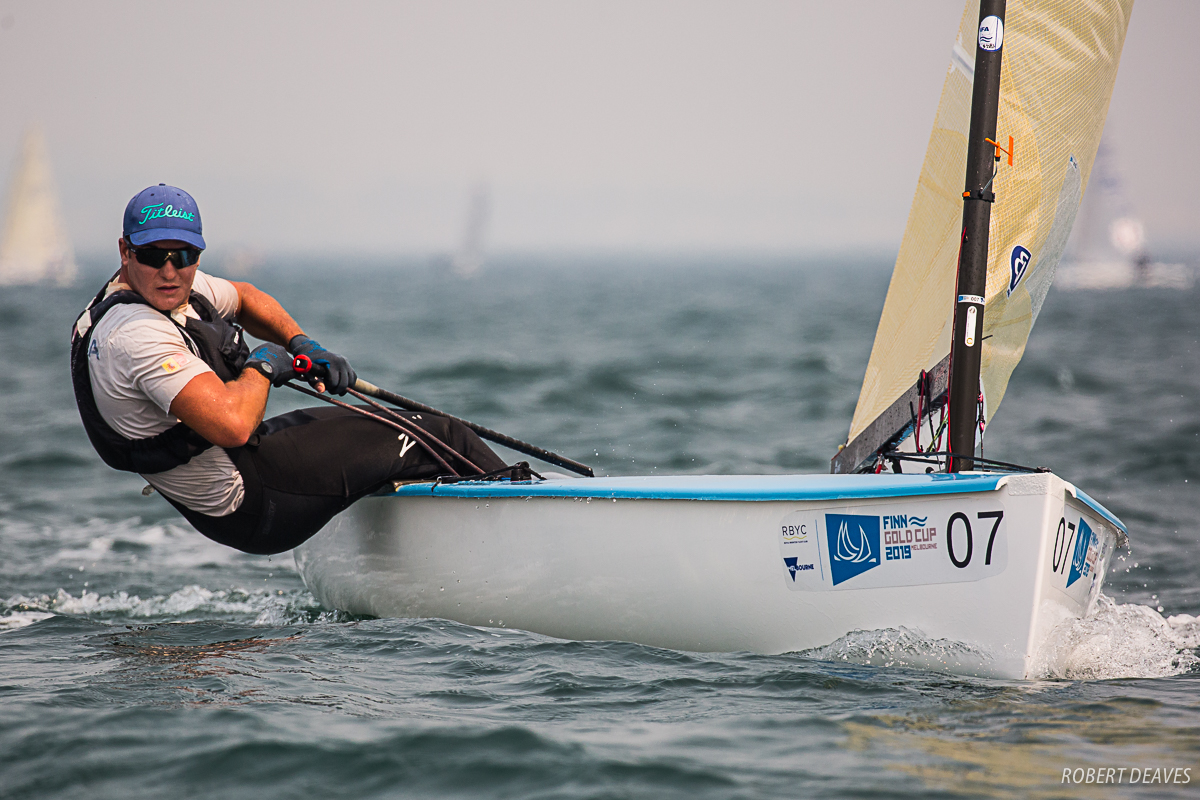 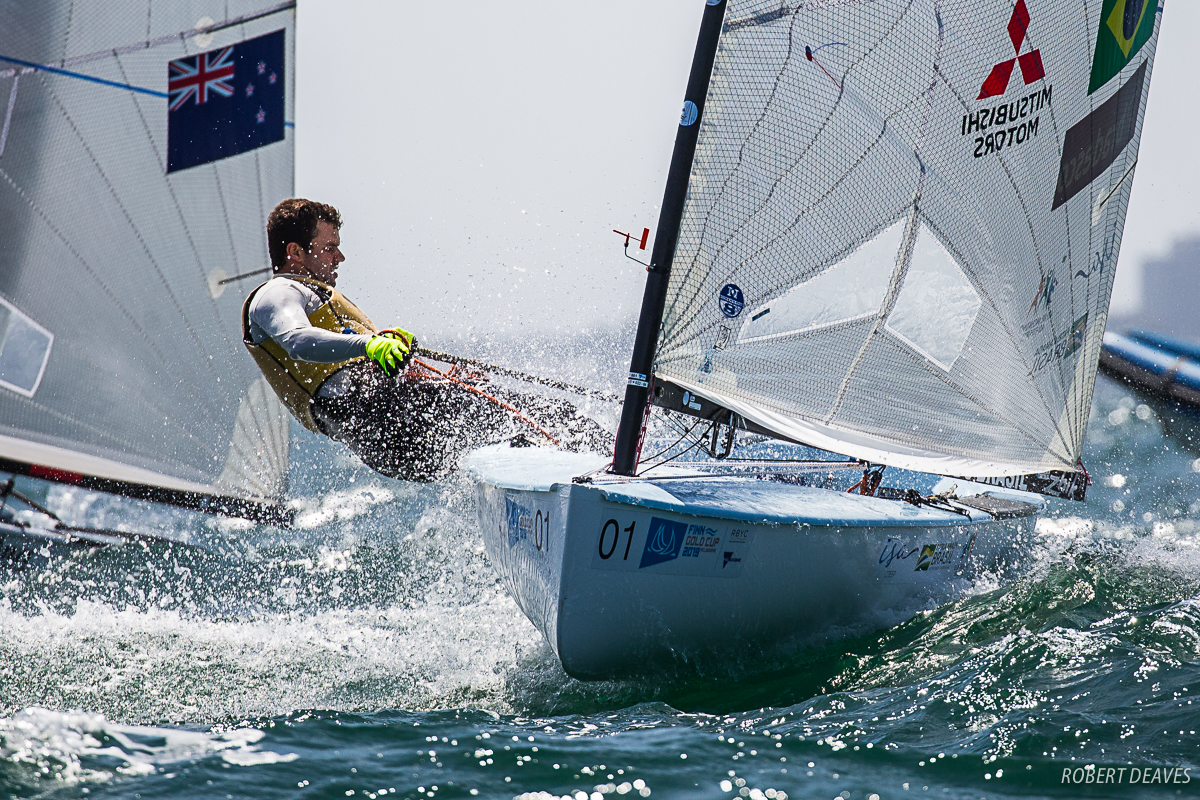