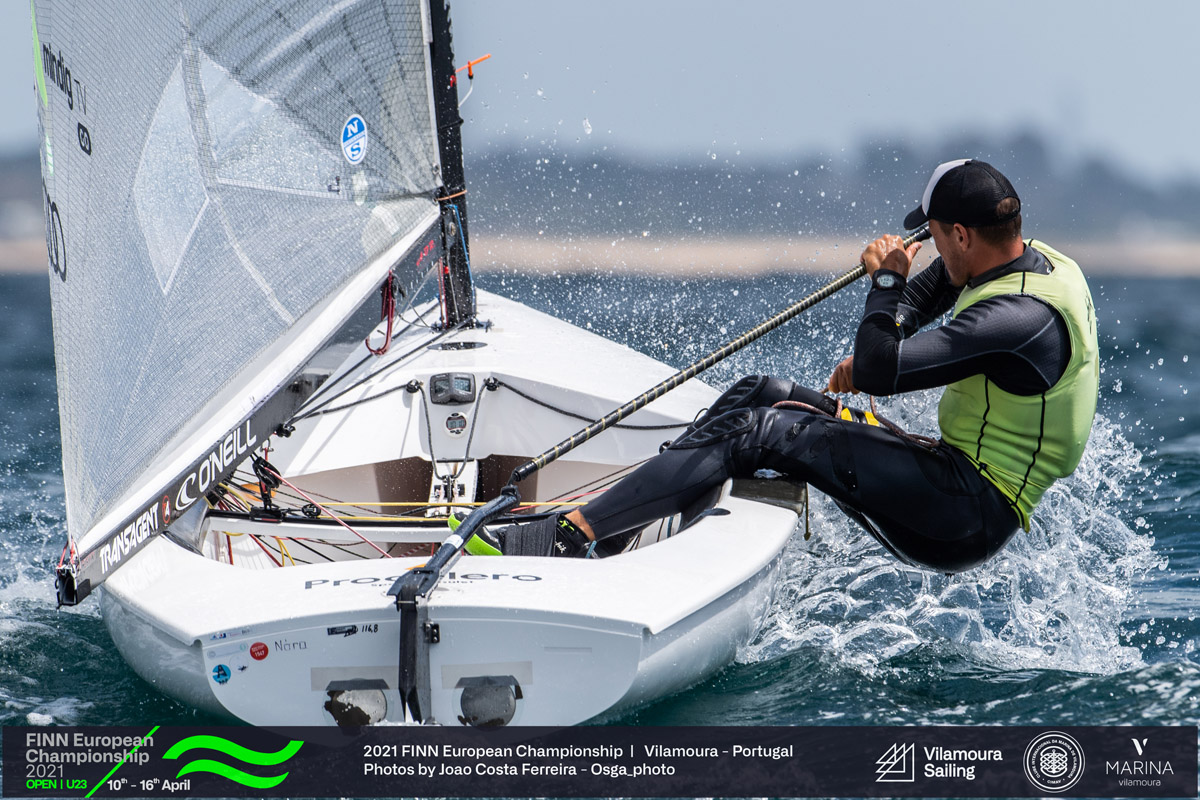 After a week of incredibly consistent racing, the defending European Champion from Hungary, Zsombor Berecz, broke free of the fleet for the first time on Thursday with two quite impressive race wins that leaves him with an 11 point lead with just two races to go. Britain’s Giles Scott consolidated his second position overall but never got close to Berecz, while Wednesday’s star performer, Nils Theuninck, from Switzerland, had another good day to move to third overall.

Berecz is the only sailor so far this week to have all top 10 placings. Consistency has eluded almost everyone, but Berecz has defied the odds and stayed in control.

“Today was my day, but I would not call it easy.”

“This class is full of great sailors and characters, which makes us the strongest family, both physical and mental, in the Olympic classes. When somebody calls you a ‘Finn sailor’ it has the value, the history, the legends and we need to keep this class shining.

“One thing for sure, everybody in the class is proud to be part of this class and we are ready to fight for it. We have so many young talents who can have a future in Olympic sailing and they need the chance.” 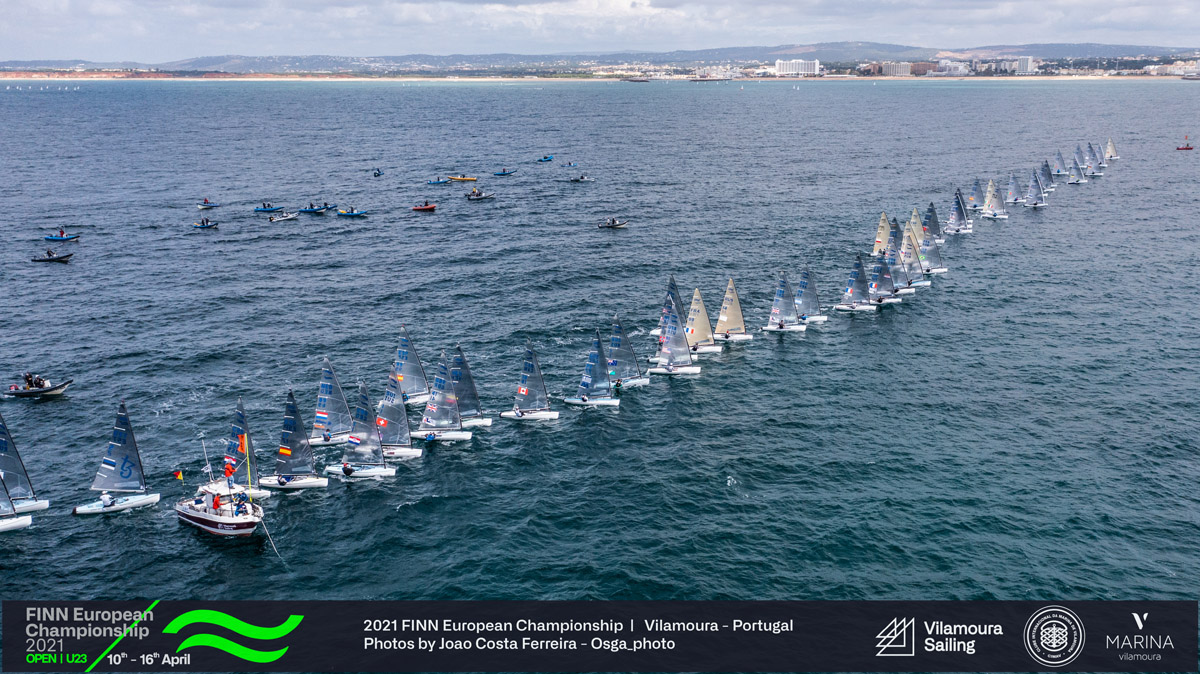 With the sunshine back in Vilamoura, conditions on day 4 were near perfect. The wind was 10-12 knots with big rolling waves and a lot of chop on top. Though the left side was generally paying again, the big puffy clouds caused big long shifts.

On the first beat it was anyone’s game with gains on both sides as well as the middle, which provided more opportunity to gain from the shifts. Berecz emerged from the middle to round the top mark ahead of Australia’s Jake Lilley, Poland’s Piotr Kula and Max Salminen, from Sweden.

Salmnen moved up and closed on Berecz downwind, but the defending champion stayed in control to lead up the left and then downwind, in what turned into a Finn sailor’s delight, a pumpfest to the finish. However, not much changed and Berecz took his first win of the day from Salminen and Kula.

Race 8 was simpler with extra pressure on the left so it turned into a boatspeed race uphill and down. Again, Berecz had the edge, leading to the left and rounding ahead, again from Lilley, with Taavi Valter Taveter, from Estonia, in third.

Berecz then pulled out a comfortable lead on the first downwind to extend round the course for a big win. Britain’s Giles Scott and Henry Wetherell were not far behind, picking up the chase with Lilley.

While Scott passed Lilley to take second, the big Australian crossed in third for his best day of the week so far and moved into the top 10 for the first time. 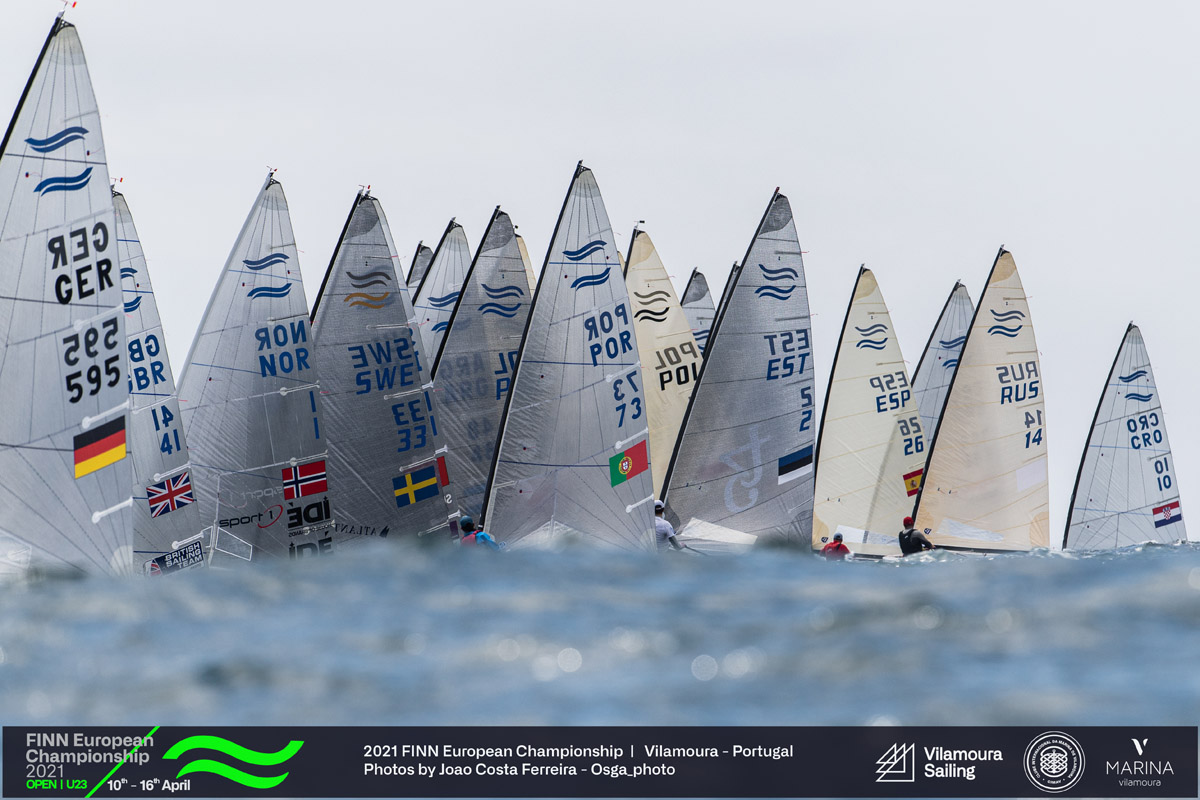 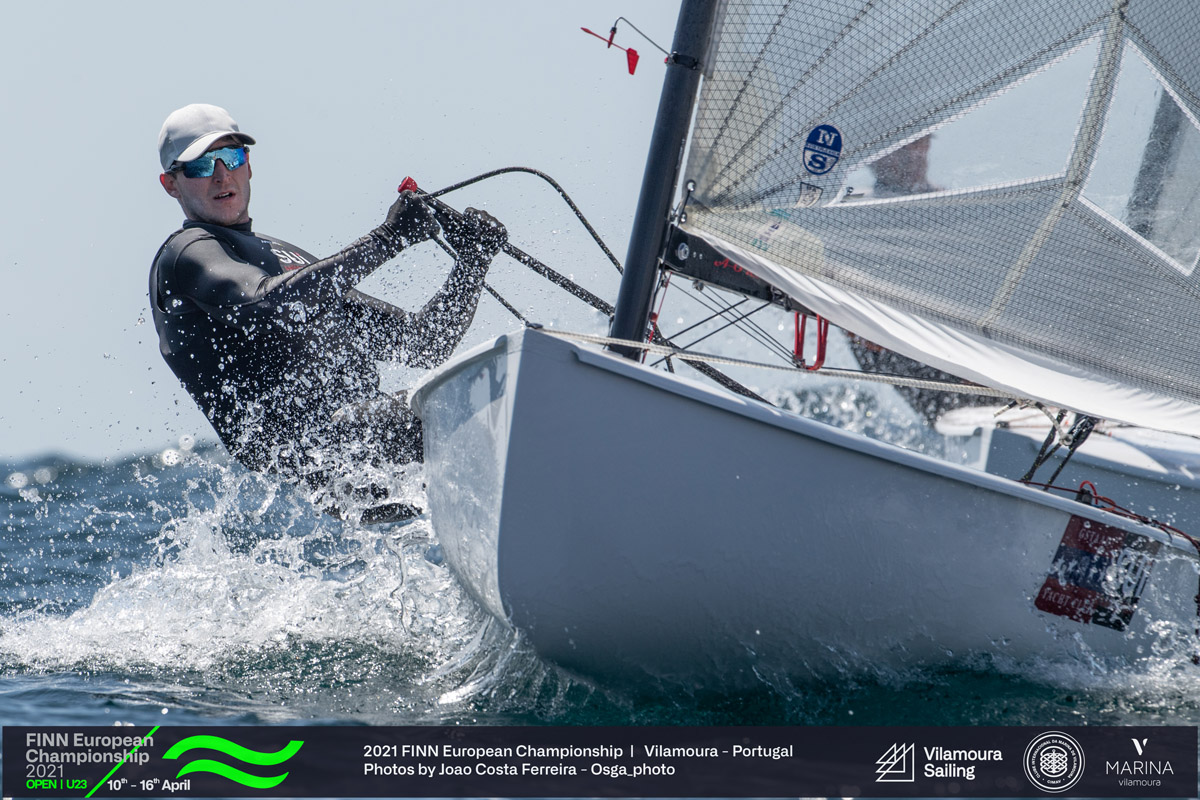 Berecz explained his day, “This boat in these conditions is killing you and if you don’t get the first upwind right then it is even more painful because you have to work twice as hard to climb back.”

In the first race, “It was another tricky day on the water. The only difference was that we predicted it right. On the second part of first upwind, the right side came into play which made it easy for those who were there. On the downwinds I had great speed, which also helped a lot.

“The second race was in 12-13 knots with a pin favoured start line and from there everybody was sailing a bit higher than the one above them and every time I looked back it was looking better and better. Both times I rounded first.”

Max Salminen, from Sweden, has been consistently top 15 all week, and today moves up to sixth after a 2, 9.

“I finally got the hang of the strategy today. The first three days were more about trying to save races. Today I got in to the rhythm of the shifts more from the start, which made the rest of the race a lot easier. I’m currently sitting in sixth and have a chance for a medal. So that’s what I am going to go for.

Tokyo 2020 will be the Swede’s third Olympics. After winning the Star class gold in London 2012, crewing for three-time Finn world champion, Freddy Lööf, Salminen placed sixth in Rio 2016, in the Finn.

“It’s really nice to be racing again and the fleet feels stronger than ever with many European countries fighting hard for the last spot for the Olympics. Also the America’s Cup sailors are coming back to the class. It really shows the important role the Finn class has in bridging the gap between America’s Cup and professional sailing to the Olympic circuit.” 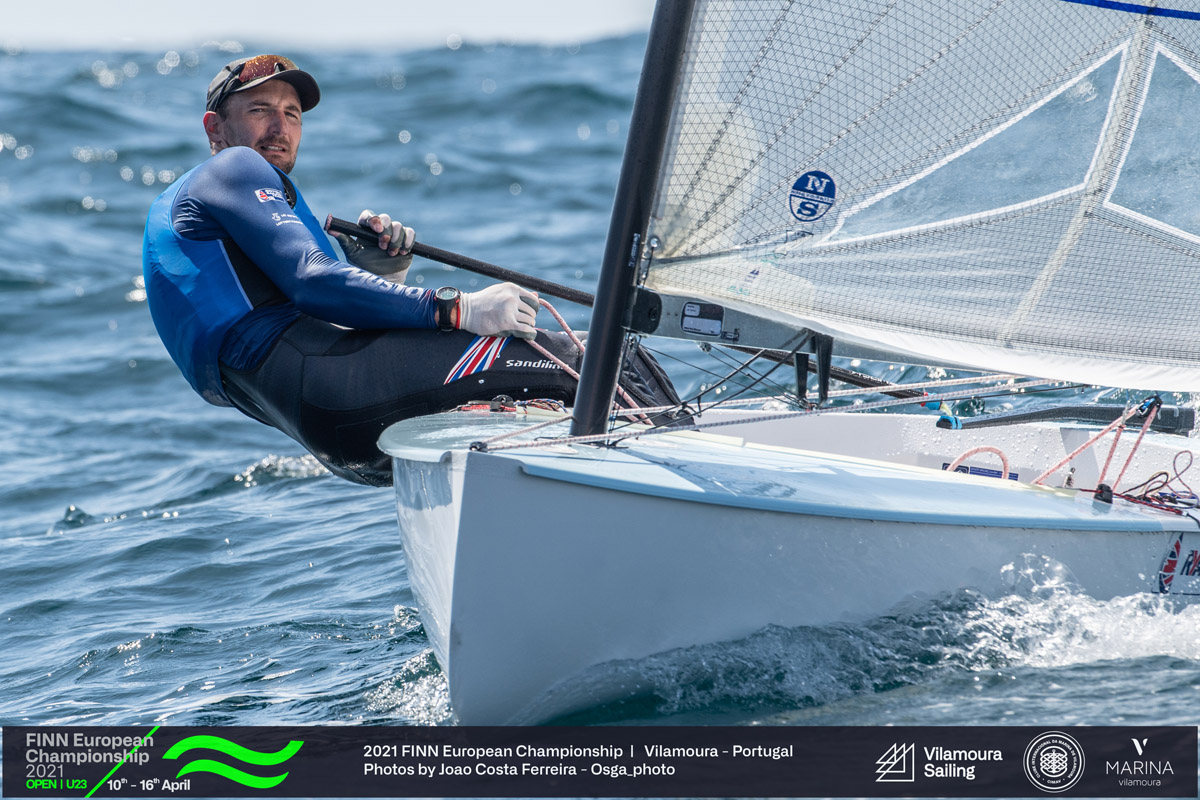 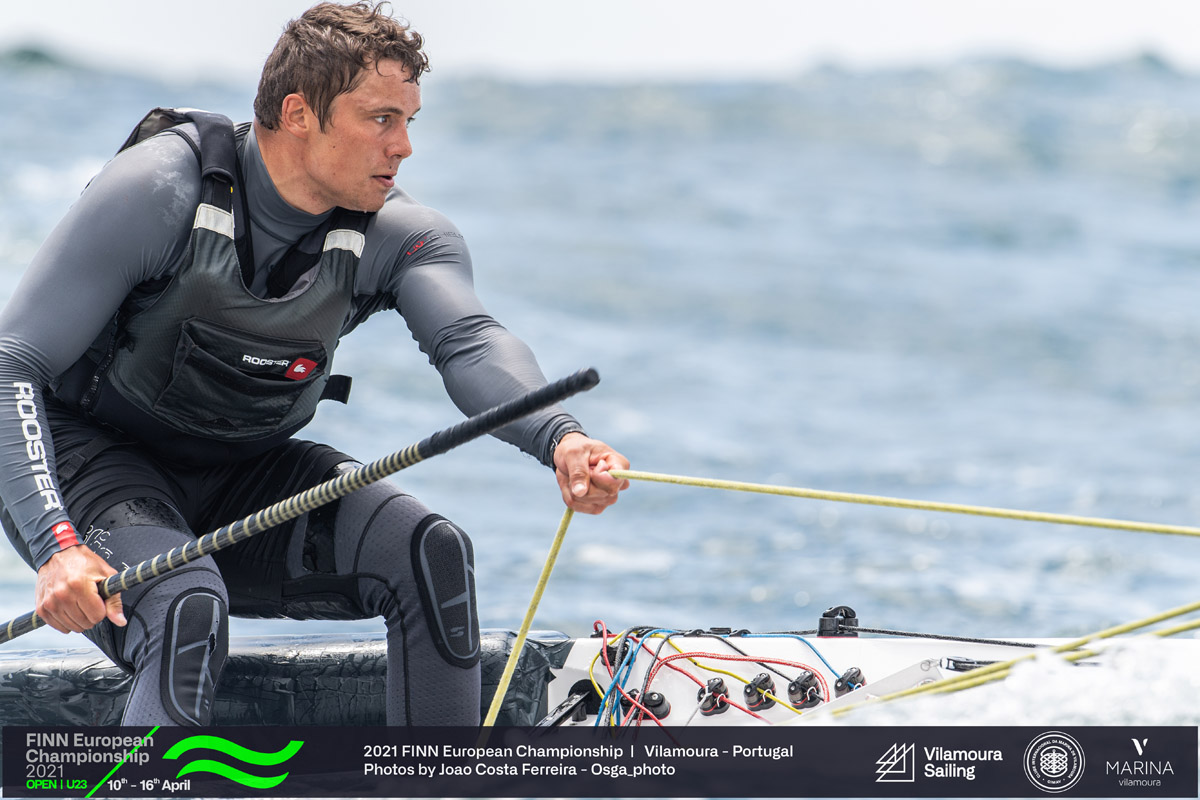 Lilley stands head and shoulders over most of the fleet and had a better day in the slightly stronger winds and bigger waves. After a 6, 3 he is up to tenth.

“Today was again a beautiful day in Vilamoura, with about 10-13 knots and some bigger chop to ride. I felt I had good starts and good speed and got around the top in good shape so it made for a more consistent day starting like that.”

It’s his first international regatta in the class for 15 months after being unable to leave Australia all last year.

“I think this week has presented beautiful and challenging racing conditions and it’s just a privilege to race in a truly world class fleet with the very best sailors in the world. I think the hiatus from international competition left me a little rusty in some areas, but that’s why we are here again and making big steps forward every day.”

He has strong feelings over the need for the Finn to be retained on the Olympic programme.

“The Olympics are not far away and it’s really disheartening to think it may be the end of an era for us. The Finn has produced the greatest sailors in the world over the past decades. This is no secret. From John Bertrand to Russell Coutts, Jose Van der Ploeg, Mateusz Kuznierewicz, Ben Ainslie and the current heroes.

“It’s hard to see the future of our sport if we don’t continue to create icons, let alone cater to the majority of the populous, while fielding only smaller guys at the pinnacle of our sport, the Olympics.”

In the U23 championship, Spain’s Joan Cardona is still leading by a significant margin. Leading the whole championship overall after two days, he has had a tough few races and is now in eighth place overall, while the Russia’s Mikhail Yatsun is second U23 in 31th and third is Panagiotis Iordanou, from Cyprus, in 37th.

There are just two races left in this championship and with the final day looking likely to have lighter conditions, it will go down to the wire. The points are not exactly close, but given the high scoring so far there is still plenty of racing left in Vilamoura.

Racing in Vilamoura is scheduled to continue at 13.00 on Friday. 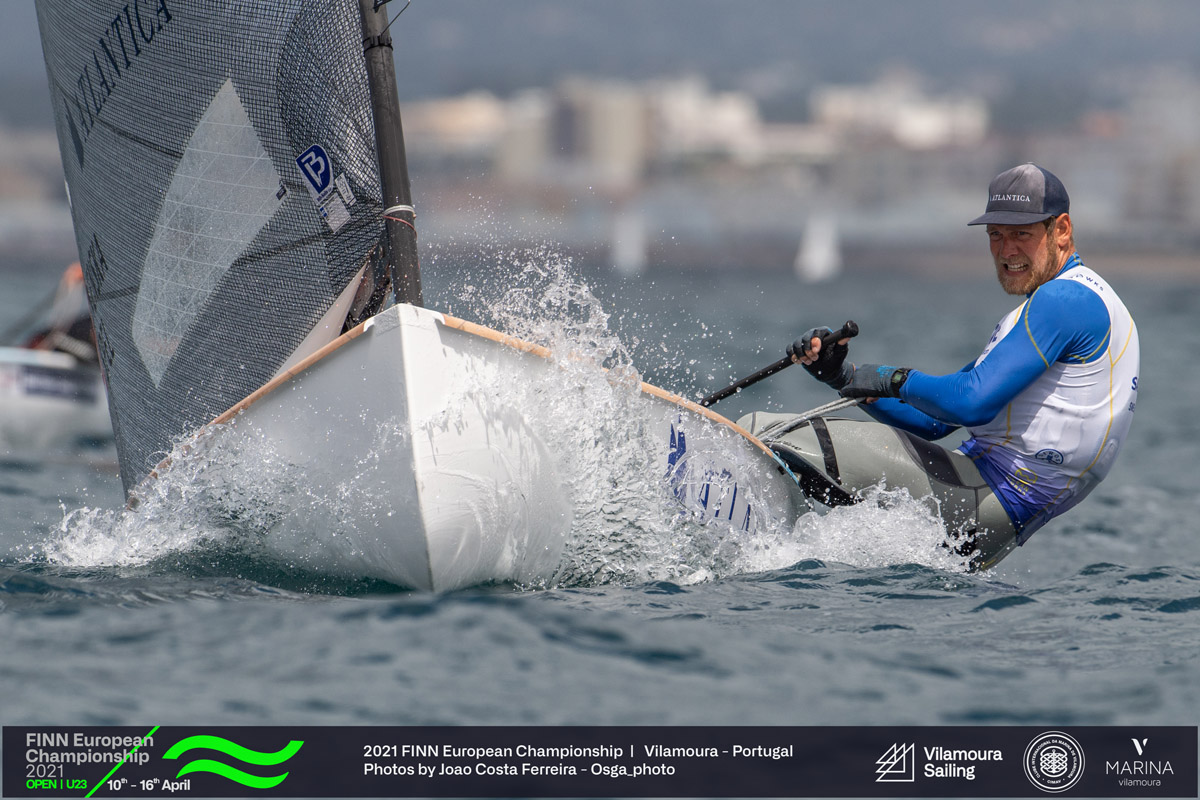 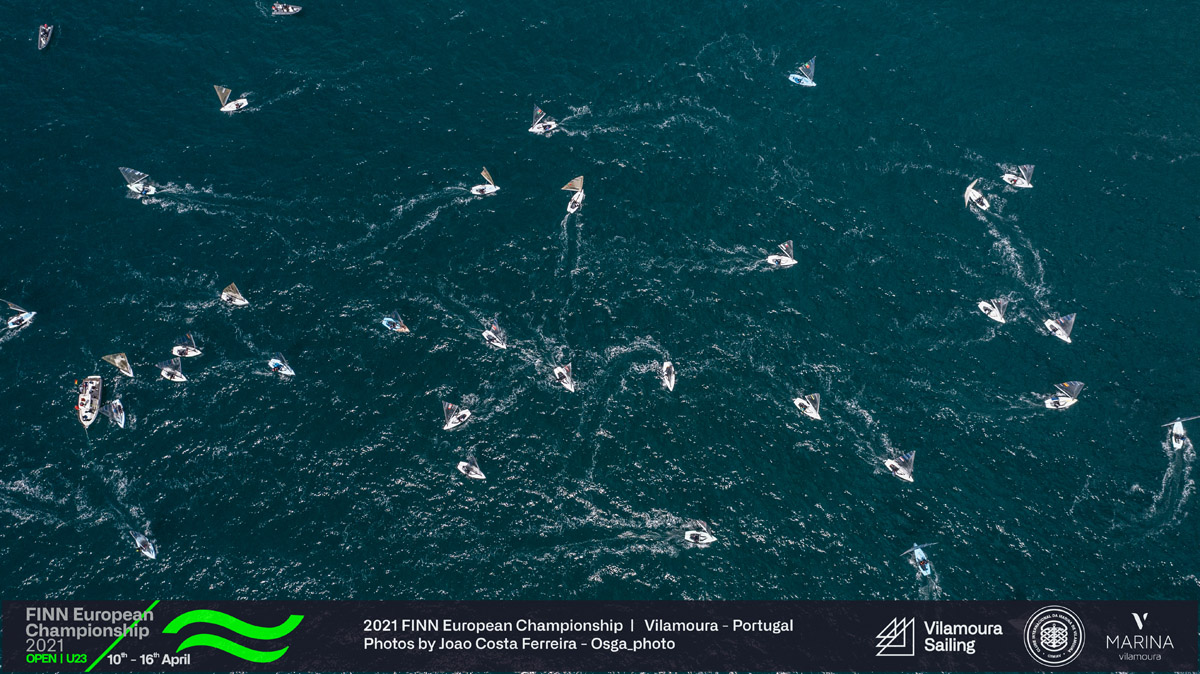 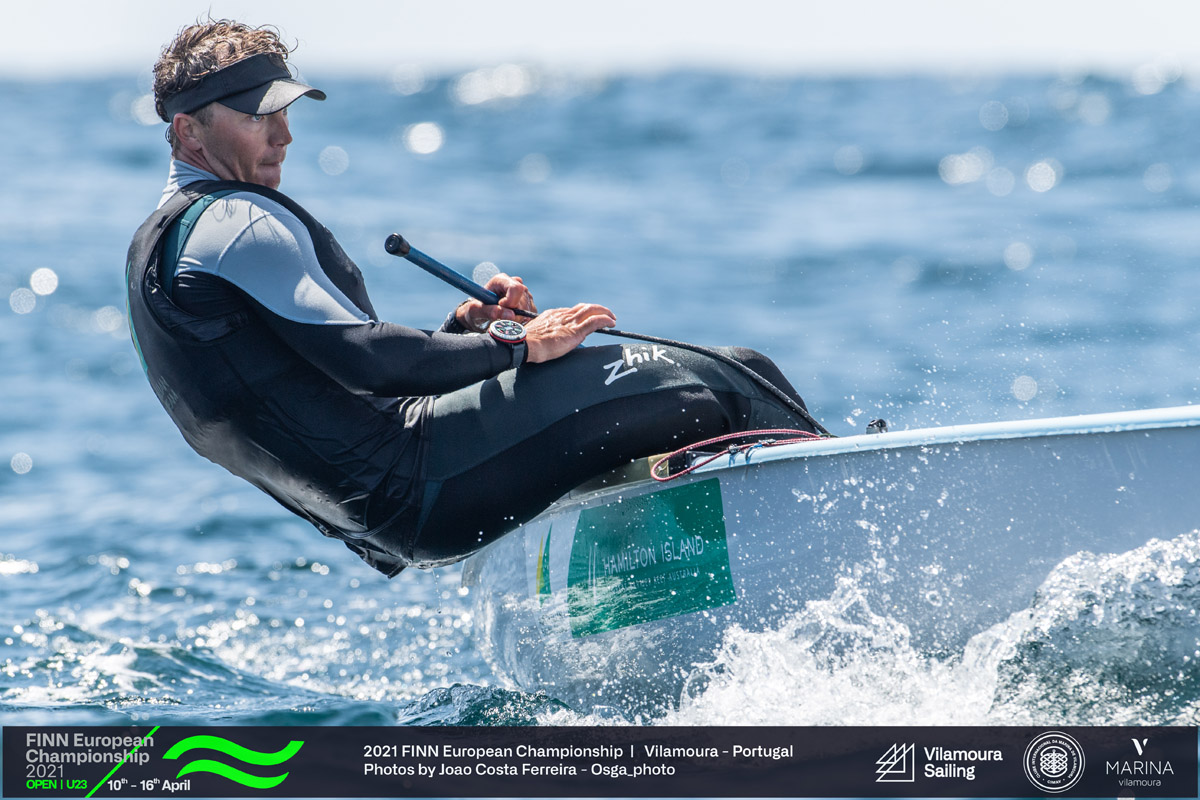