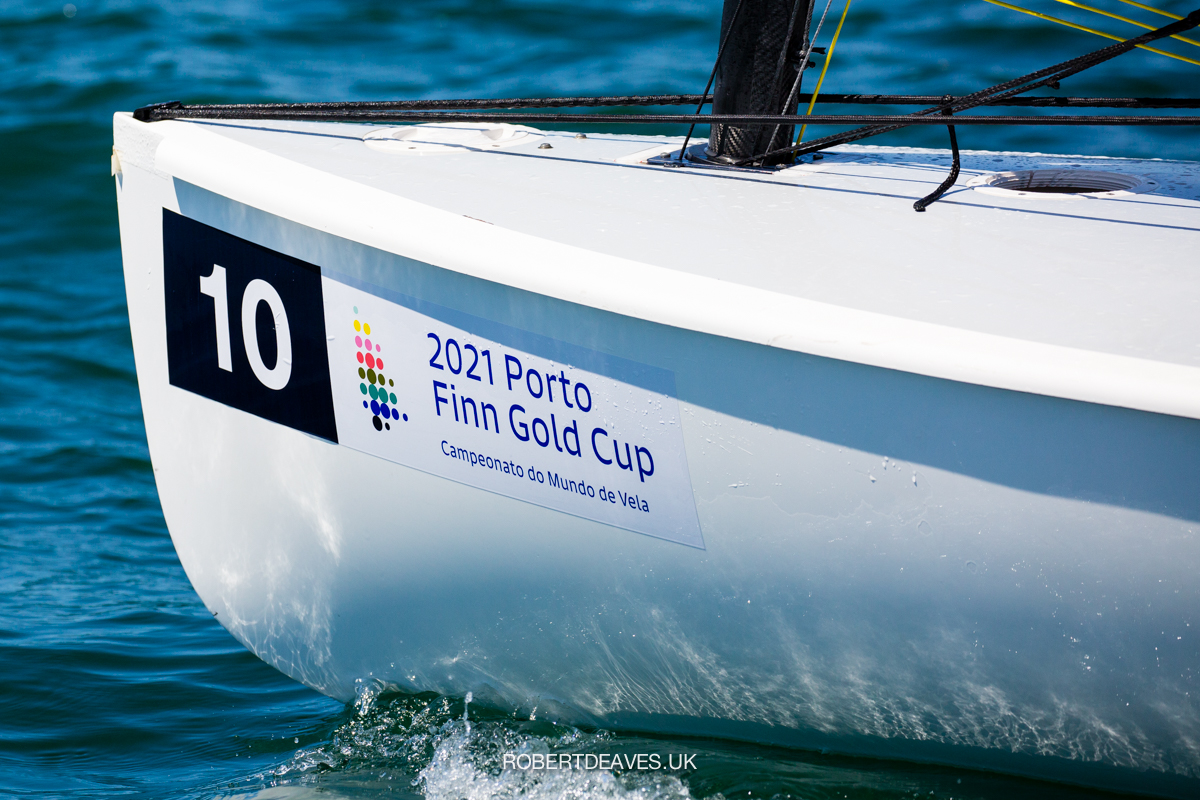 The 2021 Finn Gold Cup was opened on Friday in Porto, Portugal, but without an opening ceremony due to COVID-19, but with a practice race with a small fleet taking part. Nearly 60 sailors from 33 nations are taking part in the final major event before the Olympic Games in August.

However the mood is overshadowed by the wider discussions regarding the Paris 2024 events. Many of the sailors in Porto are reflecting on the current state of the process especially in regard to the Finn Olympic status and are quite disappointed with what they see happening.

Here are the thoughts of three of the most recent Finn world champions.

For four time world champion, and current Olympic gold Medalist, Giles Scott, from Britain, it is all about the sailors.

“It’s all a bit of a mess in general. Obviously the biggest thing I always come back to is that it not necessarily the class, but it’s the people and I think to my mind that is the key thing here, say, if I was to go back 10 years and suddenly not have an Olympic option, which you could argue the younger guys won’t have.

“It’s not necessarily a problem for me because of where I am in my career but that being said, it’s still a massive shame and if it’s deemed by the powers that be that the time is up for the Finn, that’s sad enough in itself but I think catastrophe is the people that are being overlooked. Where to do they move to? That’s not me saying I am completely OK with the Finn going out because I am not. I would love to see it stay in. But if you suddenly wipe out the people, then that really doesn’t sit very well with me.

“Everyone here in this boat park at this world championship is completely biased on how they want the decision to go. I think that everyone has to attempt to take a step back and look at what the sport is, what it represents and make sure that the people are represented by the classes. From my point of view it’s a bit easier because of where I am in my career but it’s the younger guys who are going to feel the heat of this and that’s who I feel pretty bad for.” 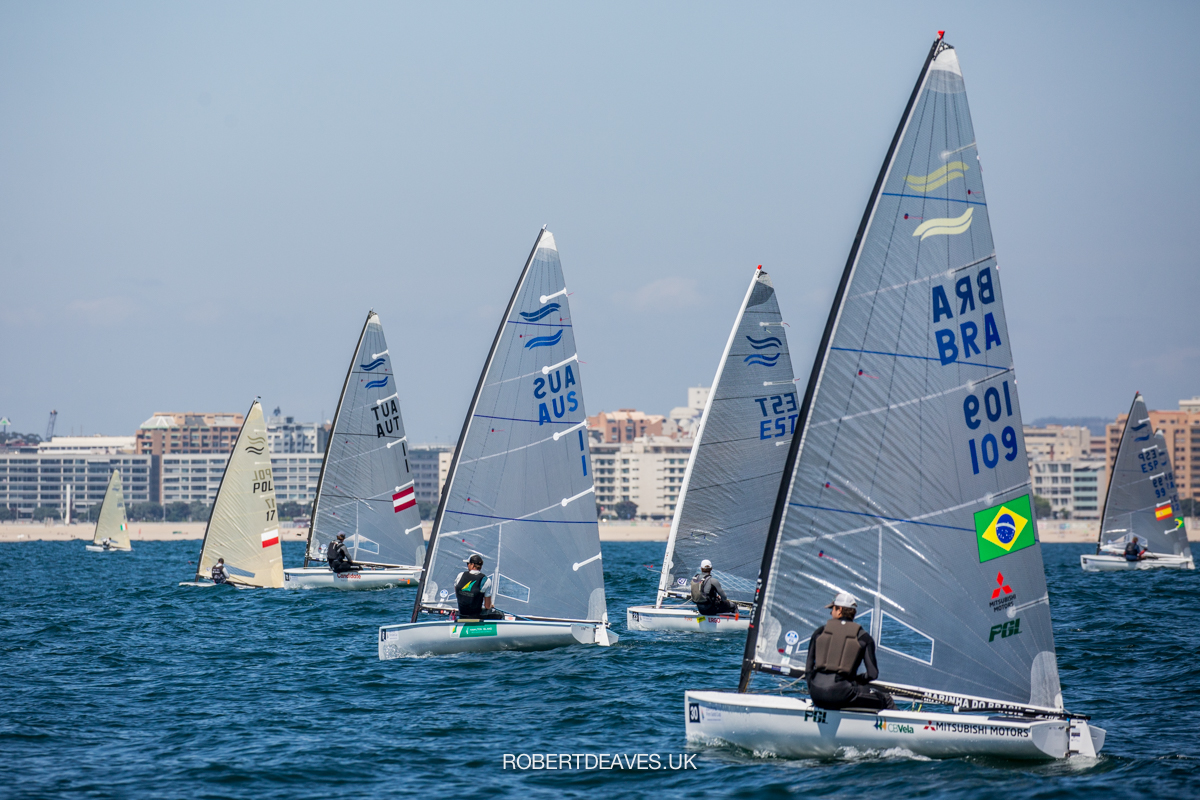 “I believe that every one sailing this class is of course disappointed but it’s not about me anymore. I will keep sailing the class but it’s more about the next generation. Even in my country over the last year there have been 10 new guys joining the class aged from 22 to 27 years old. It’s such as great fleet and such a great boat, and it’s still growing.

“It would be a huge missed opportunity for them not to be able to fight for a chance to be in the Olympics. We have a lot of young talent in the class right now and if they miss their chance here in Porto, then probably they have no more chance to get to the Olympics, even though they are great sailors and great athletes. I think the Finn needs to be Olympic and I would love to see the Finn again as an individual class at the Olympics. For most of the guys here, if there is no Finn then we will lose them from Olympic sailing.”

Current Finn world champion, Josh Junior, from New Zealand, is also a double America’s Cup winner, and puts that success down to his grounding in the Finn Class.

“The Finn for us has provided a huge opportunity to grow as sailors and ultimately being able to sail the Finn, being stronger and learning the techniques and the equipment in the Finn, really gave us a head start into getting into the America’s Cup and big boat sailing, so you know it would be a shame if it doesn’t stay in the Olympics.

“It’s been pretty special for both Andy [Maloney] and I and we’ve had some great years racing it and it’s really a class that suits physical big guys. That’s what we think the Olympics is about: racing hard and racing to your limits and the Finn really portrays that so it would be sad to see it go.

“I think for the future of the young guys it’s disappointing because it’s such a pathway for young sailors to grow and move forward into the bigger boats. But hopefully it will stay.” 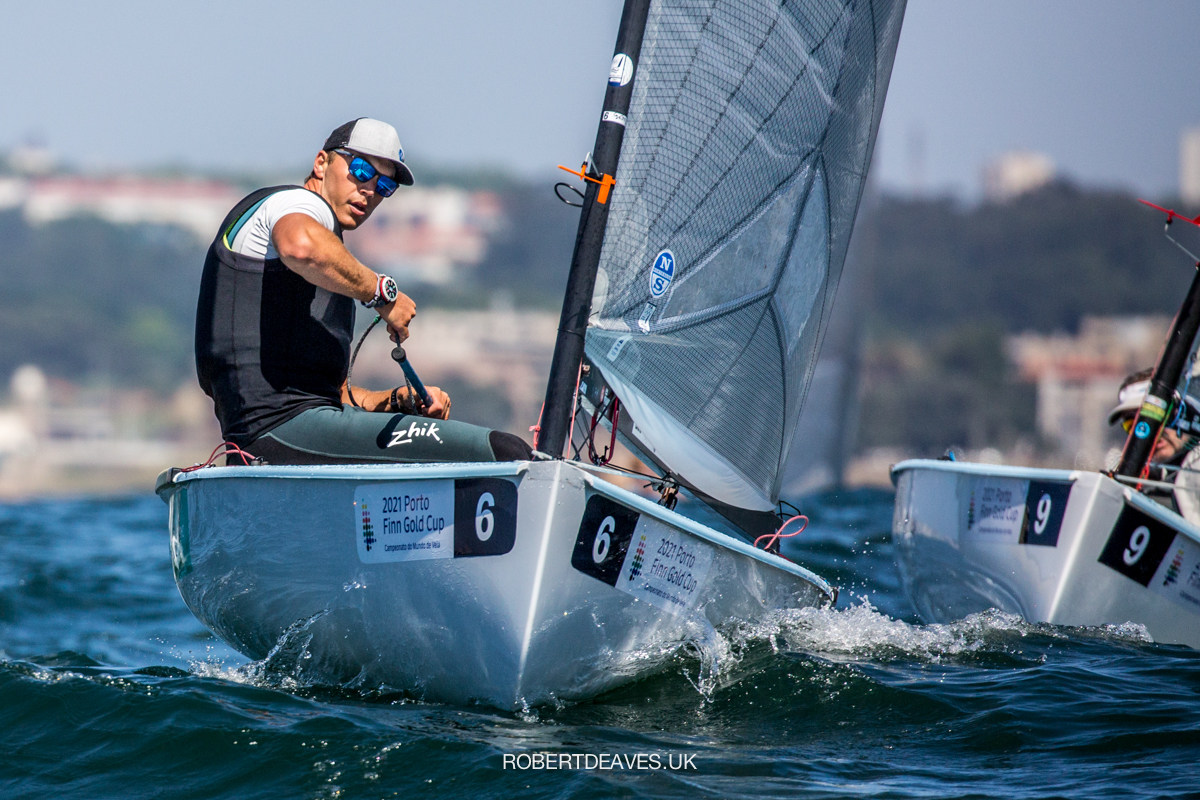 Practice race
In Porto, the practice race was a light wind affair with a huge swell. Jake Lilley from Australia and Piotr Kula from Poland led the race before heading home after the first gate. Racing for the 2021 Finn Gold Cup is scheduled to start at 12.00 on Saturday. Follow all the links below for updates during the day. 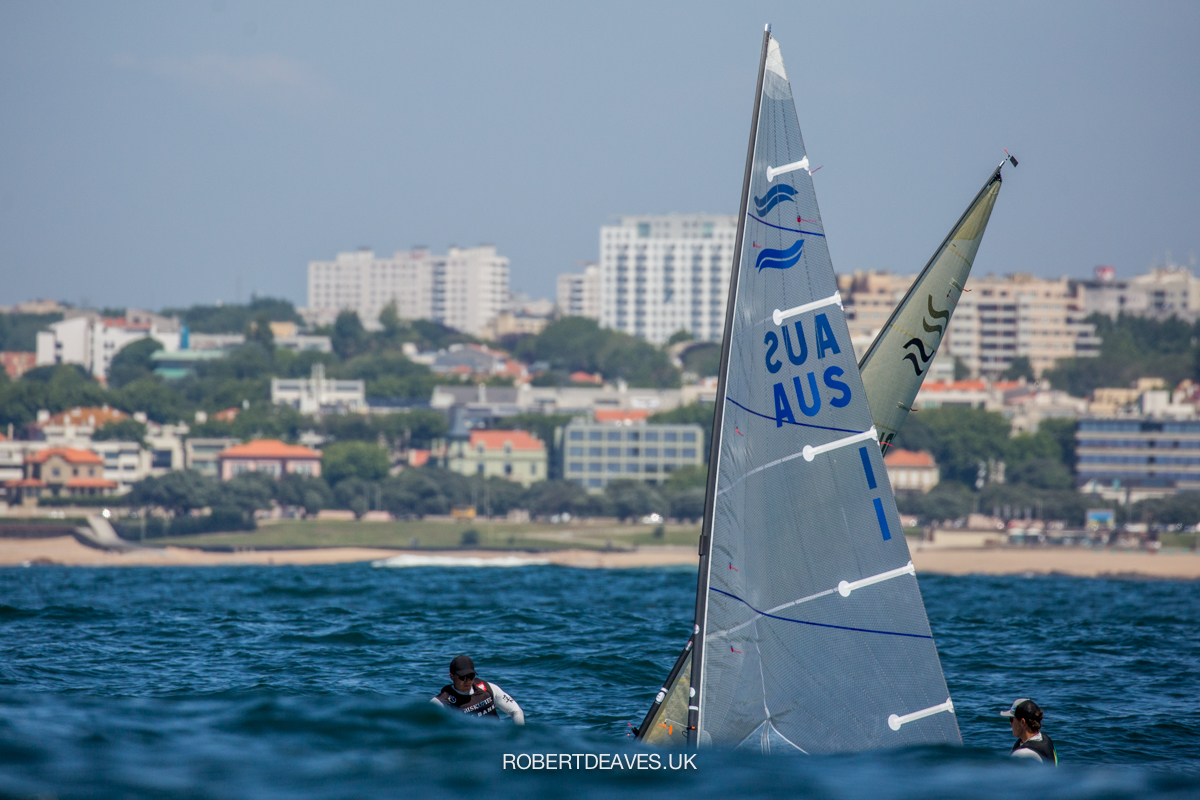 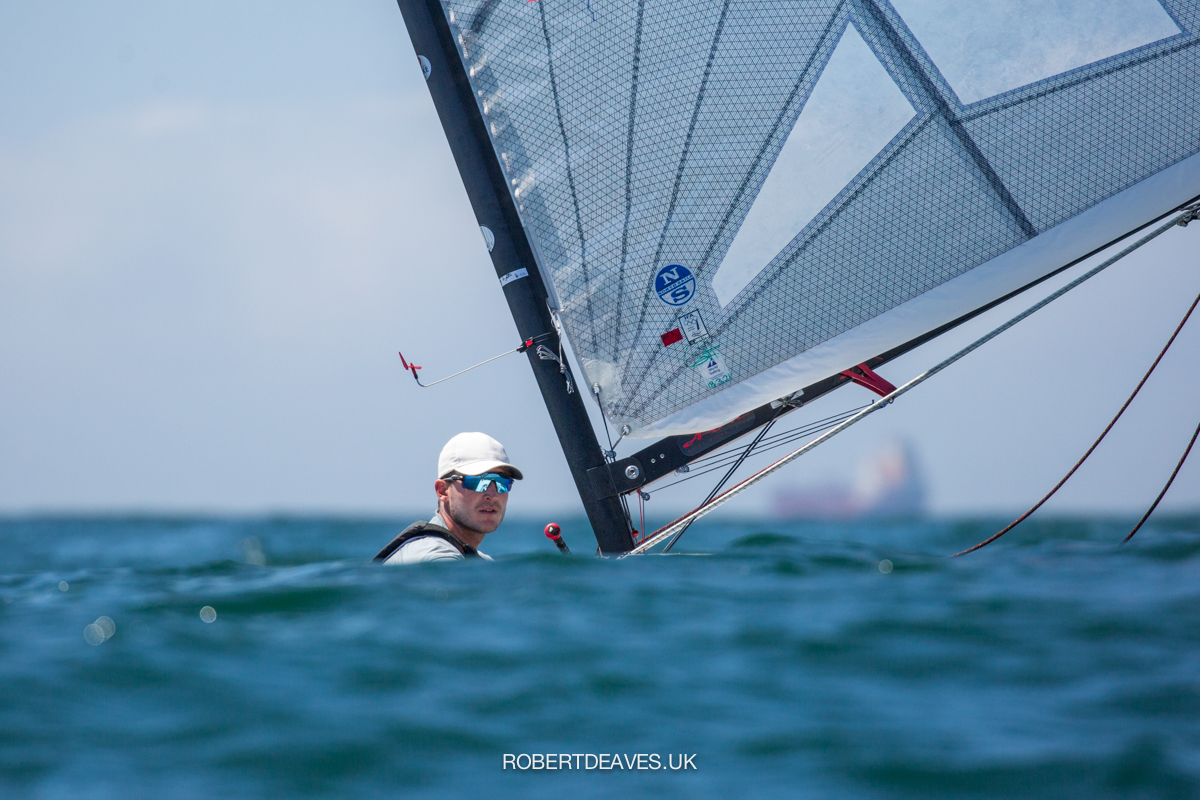