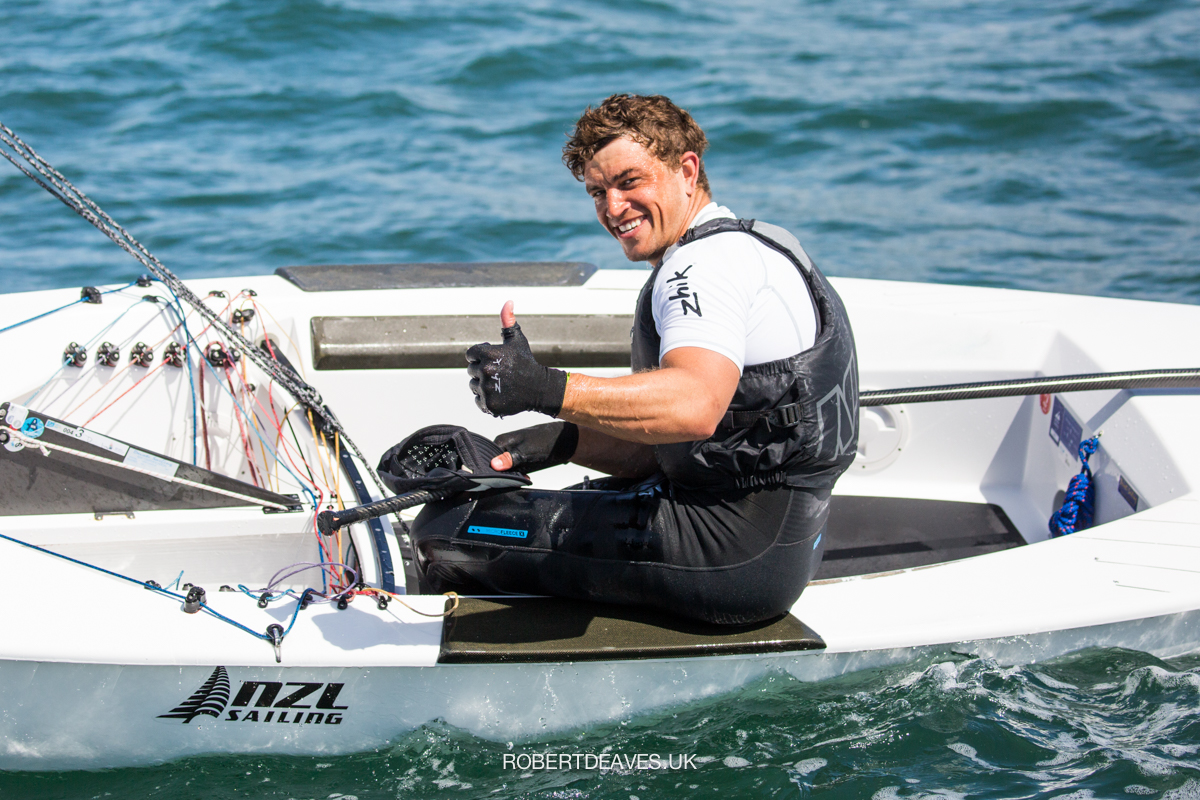 It took more than 60 years for a New Zealand sailor to win the Finn Gold Cup, and now two have come along in a row. Andy Maloney has led the 2021 Finn Gold Cup since Day 1 and on Wednesday, though he briefly lost the lead, did just enough to take the cup from his teammate Josh Junior, who was the first ever Kiwi to win the Cup in 2019.

Joan Cardona, from Spain, took the silver and won the European Continental Qualifier for Spain in Tokyo, while Junior took the bronze. Leo Davis also qualified South Africa for Tokyo in the African Continental Qualifier. Race wins went to Deniss Karpak, from Estonia, Jake Lilley, from Australia and Nicholas Heiner, from The Netherlands. 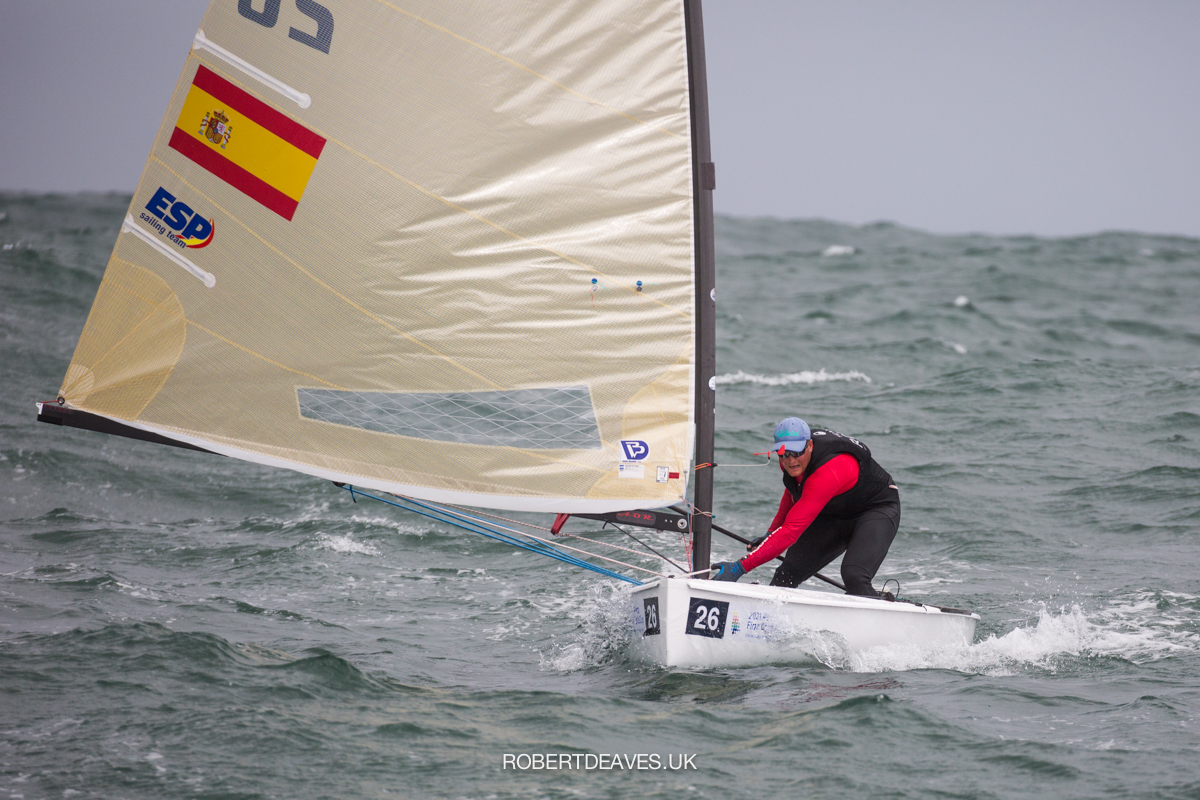 The racing was again held over huge waves and constant wind shifts. A rainstorm in the opening race mixed the fleet and kept everyone guessing. Karpak held a huge lead at the top mark after skirting round the cloud on the right and was never headed. In the second race, the skies had cleared and, determined to make amends, Lilley found the front and took a well deserved win. The final race was more tricky with several lead changes, but Heiner took the lead on the final leg to win.

The bigger interest was behind him with most sailors picking up some high scores all day to leave a very tight scoreboard. Maloney was in the front at the top mark, and a tricky final beat dropped him to sixth, but he was still ahead of the other contenders, to take the Finn Gold Cup. Junior had also dropped a few places, and had to settle for the bronze. 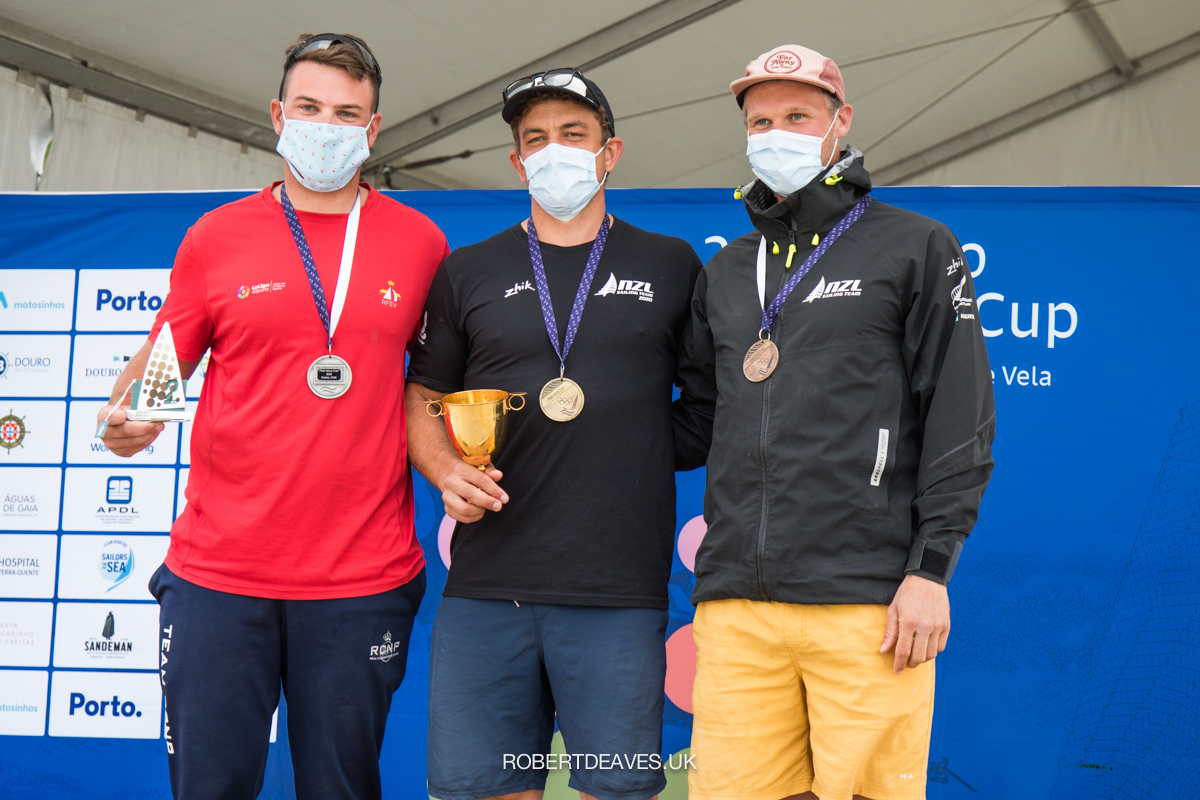 Maloney, “It was a good week for both of us and cool to both be on the podium. It’s a shame that the Spanish managed to get between us but it’s a really cool feeling to have both of us on the podium.

“We are confident with what we are doing and when we got here it was nice to see we still had some pace and we sailed reasonably well this week and stayed near the front.”

On the final day’s racing, “Similar to yesterday, that first race was influenced by the rain clouds. Both Josh and myself got it quite wrong. So we had our work cut out for us, but we fought back pretty well to still get a reasonable score. But we definitely had to switch our heads back in the game for the last two races.”

They recovered from the mid 30s up to top 15 for a keeper each.

Junior paid tribute to his teammate, “It’s awesome to see Andy win the world championship. I was lucky enough to win it last time, and it’s cool that Andy had backed it up and kept it in New Zealand. I’m stoked for him.”

Maloney continued, “The fleet here was highly competitive, and everyone was sailing really well. For Josh and I to manage to be at the front of the fleet in these super tricky conditions that we had this week feels extra special.”

Junior concluded, “As usual, the Finn fleet is super close. You can see that in the points and people are up and down and it’s just about not getting any big ones. It was a really close week and we just managed to do enough be out in front. We are so stoked where we are at and can’t wait to keep pushing forwards.

“From here we just keep working together, stick to the plan we had and the person who goes to the Games will hopefully be better than what we are now.”

Junior was the first to congratulate Maloney after the win and the pair have already decided that whoever is not selected will coach the other at the Olympics, so this is a team effort like no other. 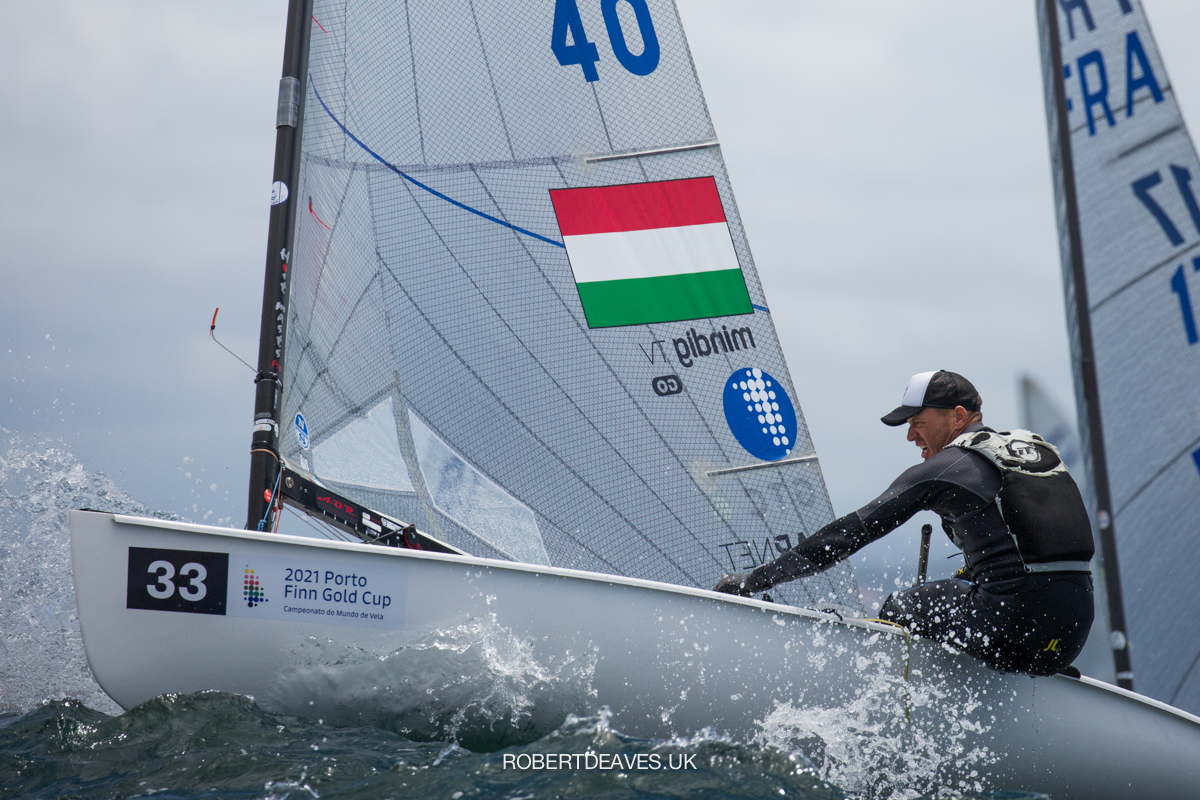 Joan Cardona has won the European Continental Qualifier for Spain. In the end it came down to a battle between him and Nenad Bugarin, from Croatia.

Cardona said, “It was super tight. He was very good all through the championship and we had a great battle. We are good friends, we train together and it was great to be so close on the water.

“Today was quite difficult, super tricky out there and we had some rain, and it was not easy, but I managed to have a good day overall and get the spot for Spain, so I am very happy. I think we were well prepared. We worked very hard as a team and I really hope the best is yet to come in Tokyo. And I will give my best for that.

“For the moment, we have qualified the country but we don’t know who is going to the Olympics so it would be great if I would be selected. It’s a dream come true. I always said my dream was to win a medal, but first you have to go to the Olympics. So this is a very good step.”

For the African Continental Qualifier, Leo Davis, from South Africa, was unopposed.

“I finished rowing in 2018 and got back into competitive sailing, but then COVD threw a spanner in the works. So this was a chance for me to get back into it. Luckily things worked out well for me to come here and race. I was already in Italy, so it wasn’t as hard as if I had been in South Africa.”

“It was nice to race my first Gold Cup. I was very lucky to meet up with Paul McKenzie, who also coached me and I leaned a lot from him over the week we had before. So now I need to talk to South African Sailing to put me forwards to our Olympic Committee and then they will decide whether I can go.”

Going to the Olympics has always been his dream. “My dad, Greg Davis, coached Ian Ainslie in 1996. So from when I was four years old I had his Olympic kit, and it’s always been a dream of mine to go. I thought I was going to go with rowing but it never worked out, so I am just as hungry as I was then, but now for sailing.

“I think if I do qualify, there is a lot that I need to learn, but I have got a bit of time now and I have a plan to get a lot of training in and bridge the gap to the top guys.” 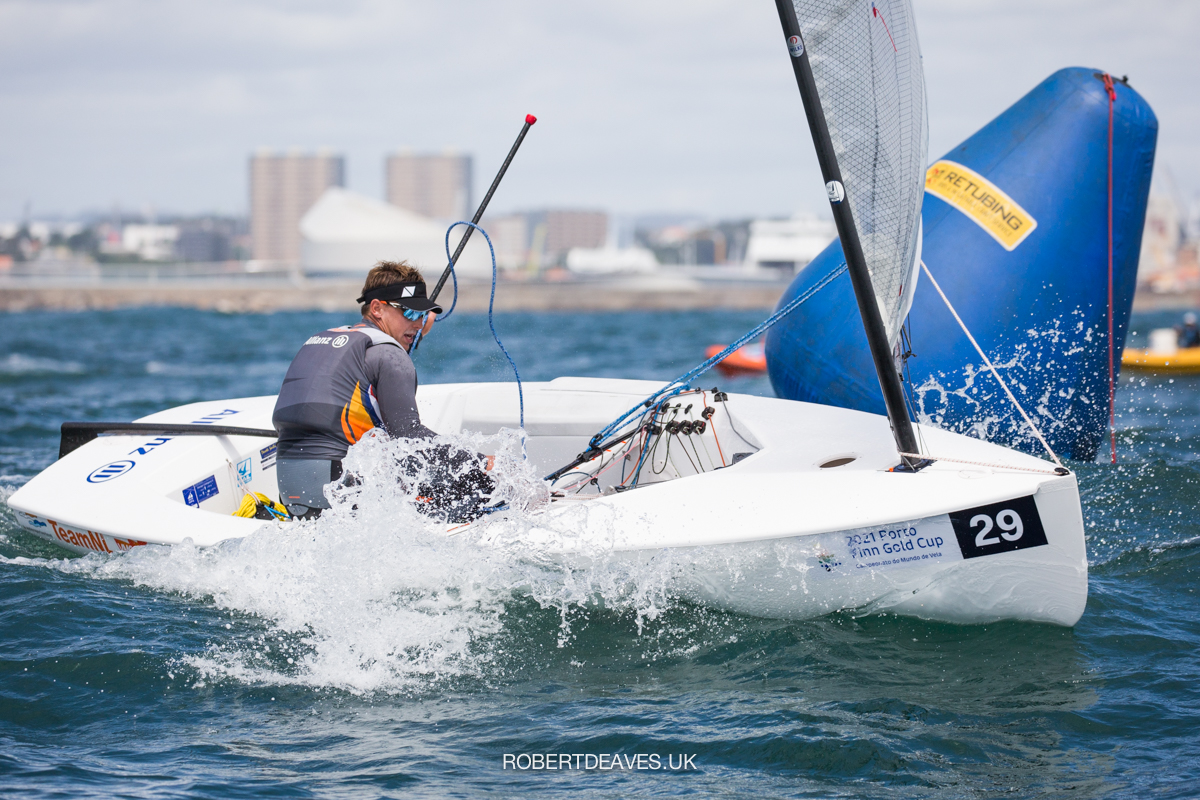 The 2021 Finn Gold Cup in Porto has been an exceptional event – with exceptional hospitality and organization in quite difficult circumstances, not to mention the unusual weather patterns – for a group of exceptional world-class athletes at the top of their game. In 10-20 years times, many of these sailors will be household names through successes at America’s Cups, ocean races and major sailing events, just like their predecessors have been, and are, over the past 60 years.

That these young sailors will be the last generation to benefit from the universal school of life and sailing that the Finn class has always been, is unthinkable, untenable and plainly unimaginable. If this is the last Finn Gold Cup as an Olympic discipline, then it is not just a shame, but it brings shame. There has to be a solution to maintain this pathway and legacy for the sport and look after this unique brand of young sailors. 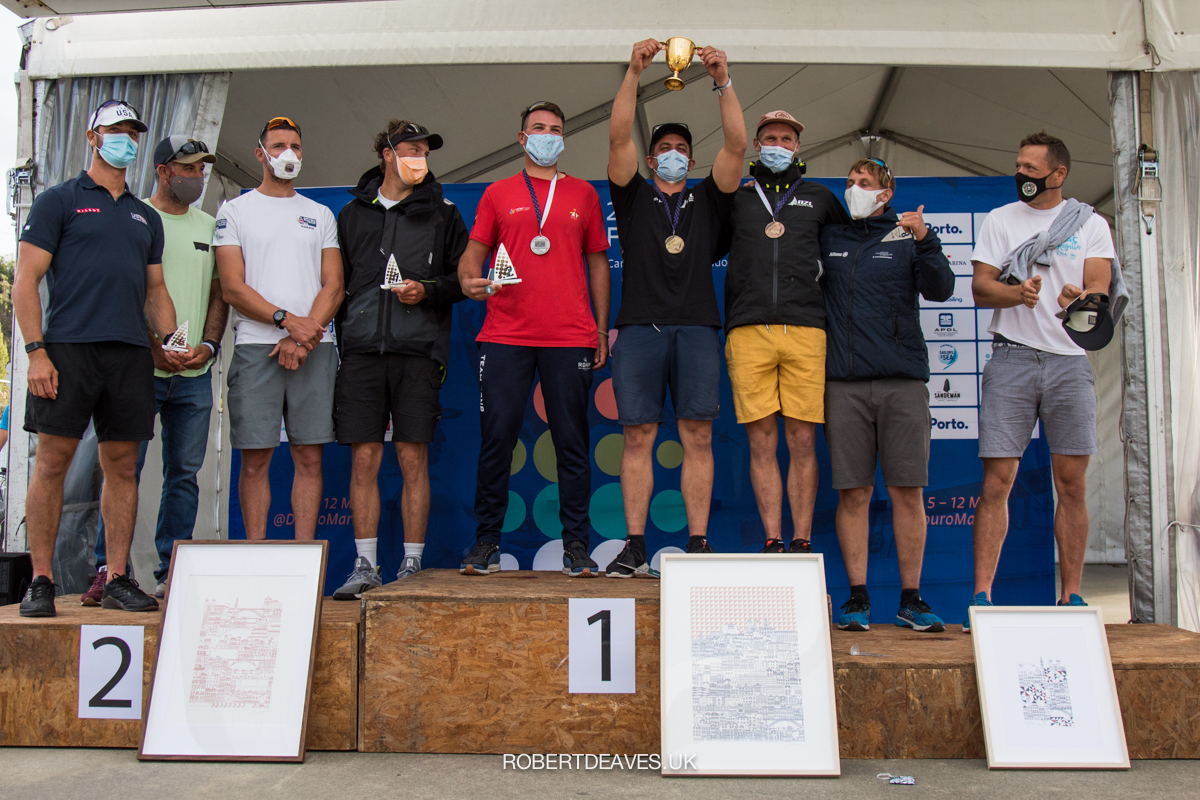 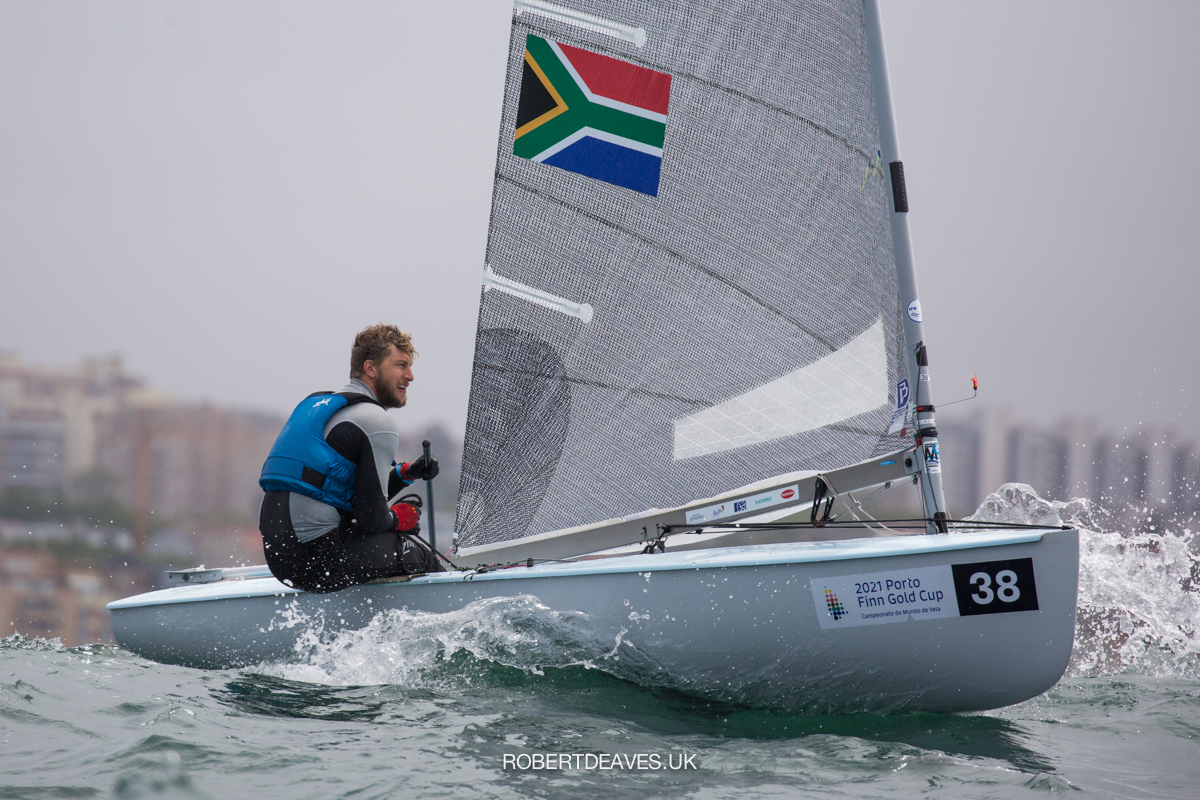 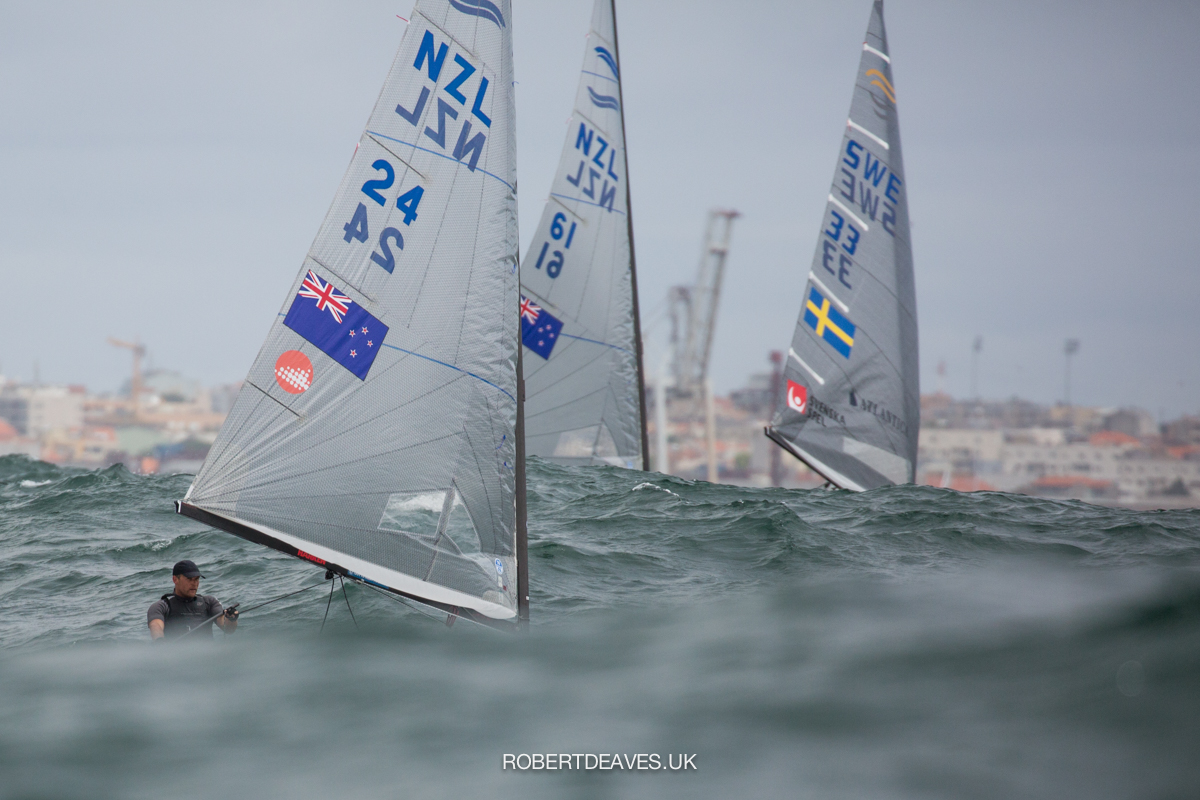 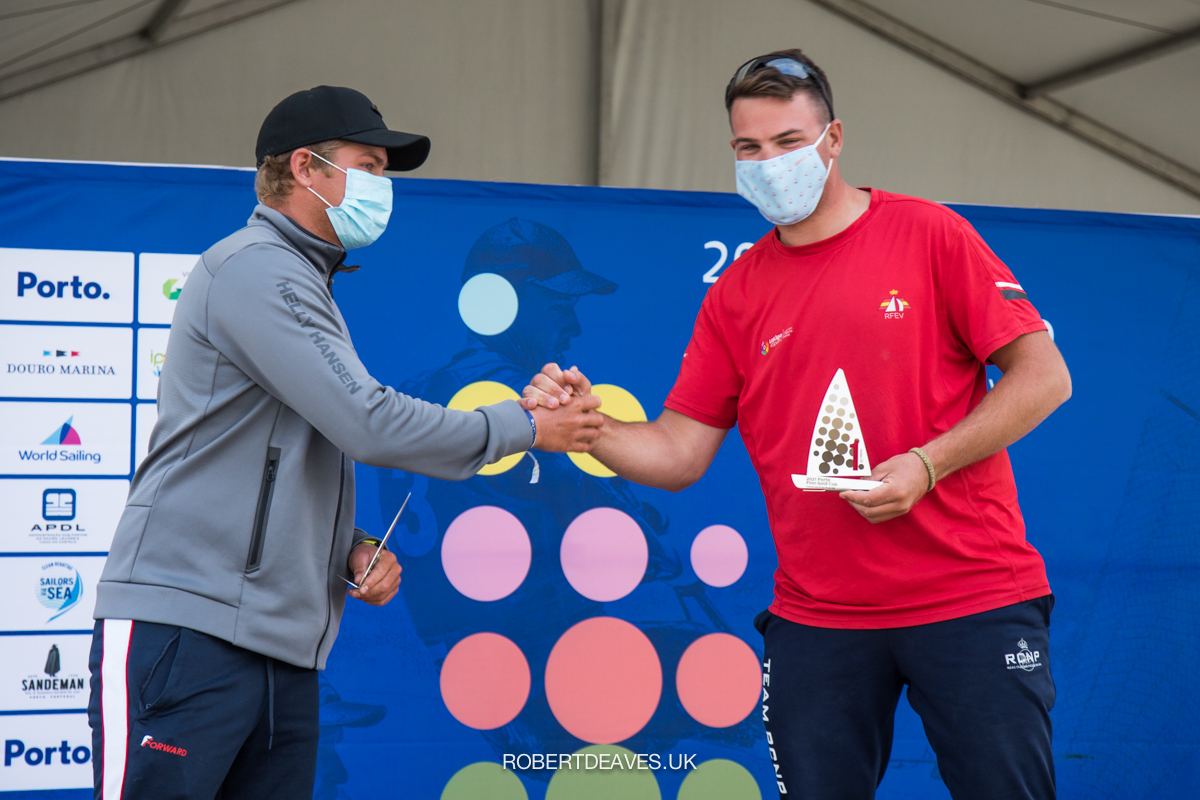 U23: Mikhail Yatsun and Joan Cardona 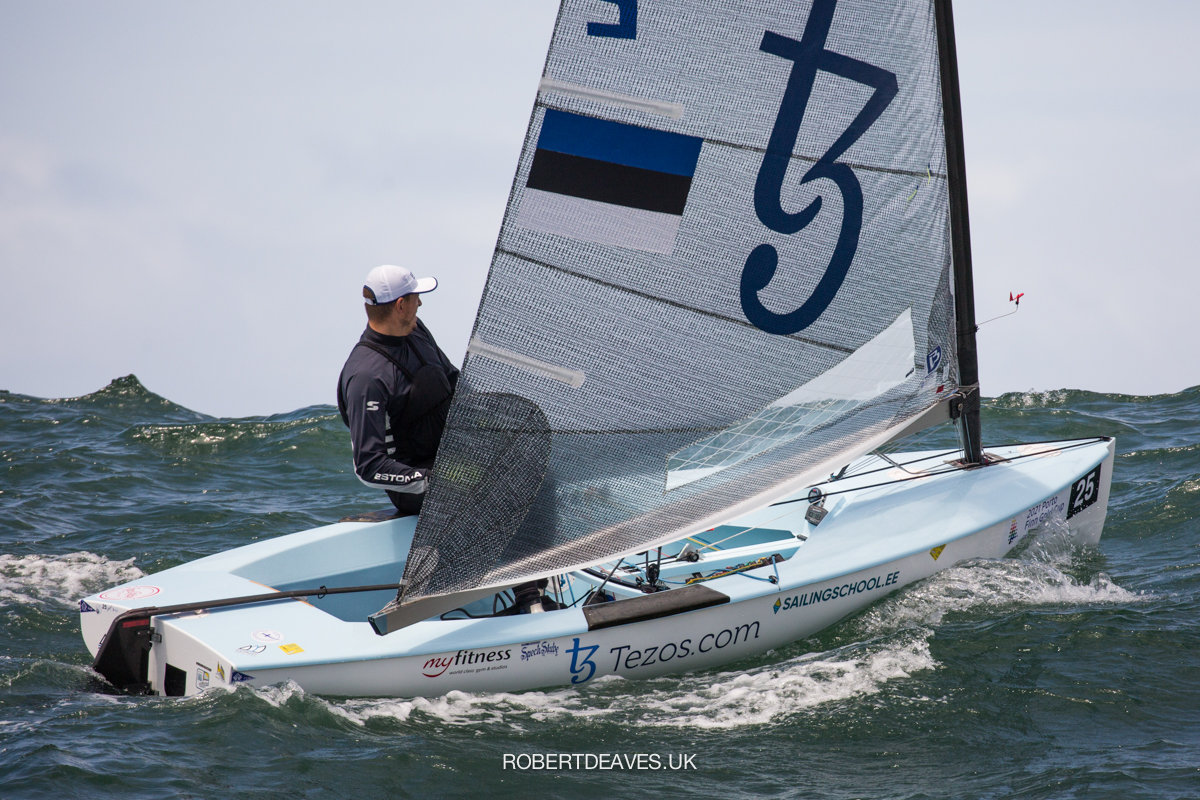