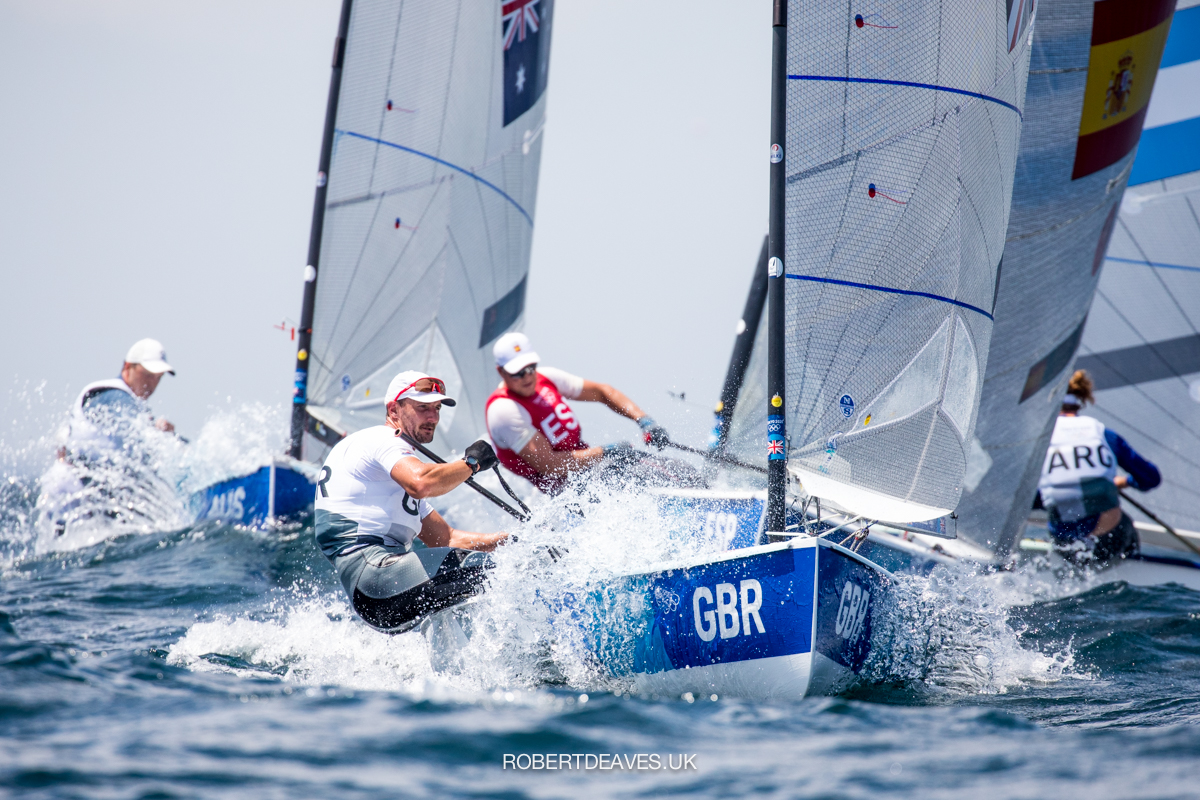 The journey is the reward but they all want medals

There was a Finn brochure produced in the 1990s that perfectly encapsulated the spirit of the Finn class. One of the enduring maxims from that glossy marketing project was ‘The Journey is the Reward’.

It expressed the opinion that whatever the outcome on the water, there was always a personal gain for the Finn sailor. Out of the many hundreds who started a campaign for Tokyo 2020, only 19 made it to Enoshima, only 10 made it to the medal race, and only three can win a medal. All of them went on the same journey and all of them shared in the experience together.

The brochure has since inspired a generation of Finn sailors. It continued, “The fruits of such a journey cannot be bought … they can only be earned through long hours of hard work, courage, perseverance and the realisation that the reward is not in the winning but in performing at the best of one’s ability. These are the values that stay with the athlete for the rest of his life.”

These values are no less relevant to the 10 Finn sailors who will fight in Tuesday’s medal race as they were 30 years ago when these words were written – whether or not they can win a medal. However, even though the journey is the reward, it’s the medals that they really want.

That the Medal Race could well be the last time this class is ever seen at the Olympic Games is another story, but this sad fact adds extra incentive and motivation to those with medal chances still alive. 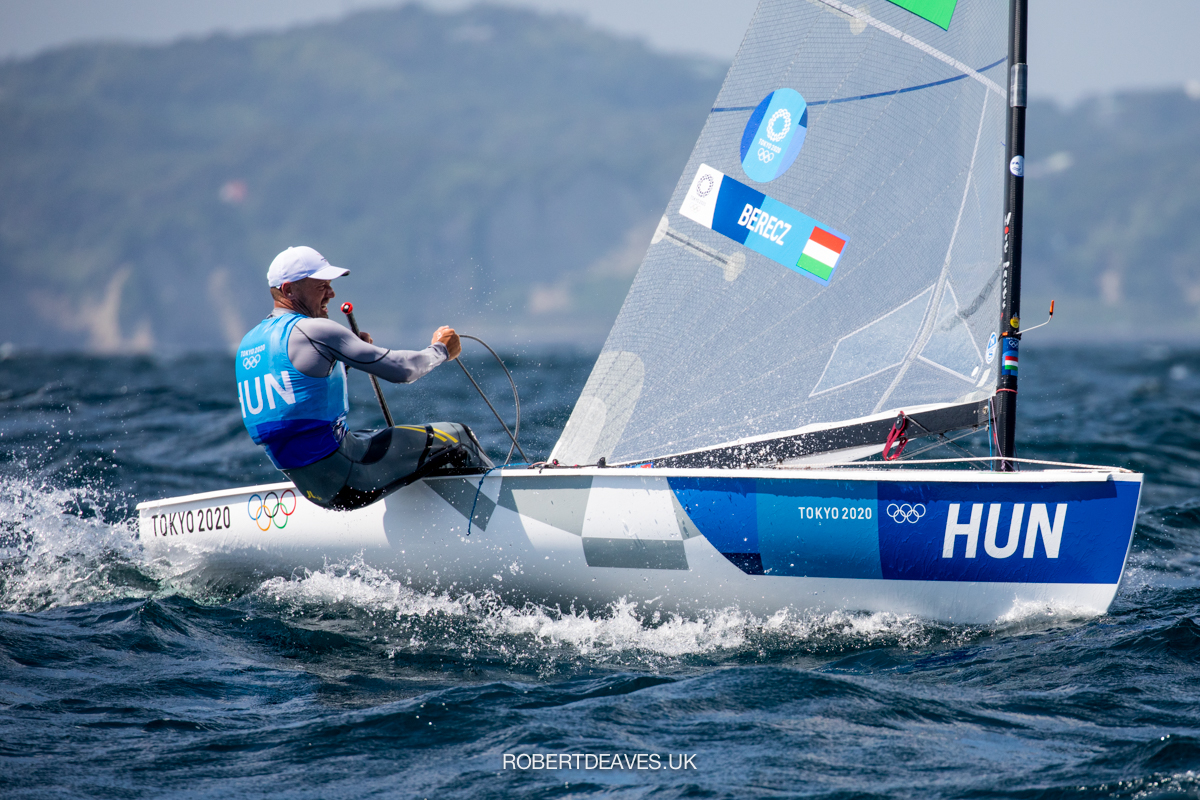 A week of exceptional racing has come down to a three-way fight for the gold medal. The top three sailors – Giles Scott, Zsombor Berecz and Joan Cardona – have excelled all week and each has produced a score line that would often have already secured overall victory.

Behind them, three more sailors – Josh Junior, Nicholas Heiner and Facundo Olezza – can also win the silver or the bronze.

Scott has a nine-point lead. It is significant, but certainly not insurmountable. He has a history of winning medal races, so is probably not too concerned. But as he has already admitted, both Berecz and Cardona are also sailing the regatta of their lives and are just as hungry, maybe even more so, than Scott to stand on the top of the podium. Scott has stood there before, but the other two also risk no medal if they take too much risk. There are calculations to be done, risks to assess.

To win the gold Berecz has to put four boats between himself and Scott. For Cardona, five boats are needed. Either outcome will be tough, but not impossible. 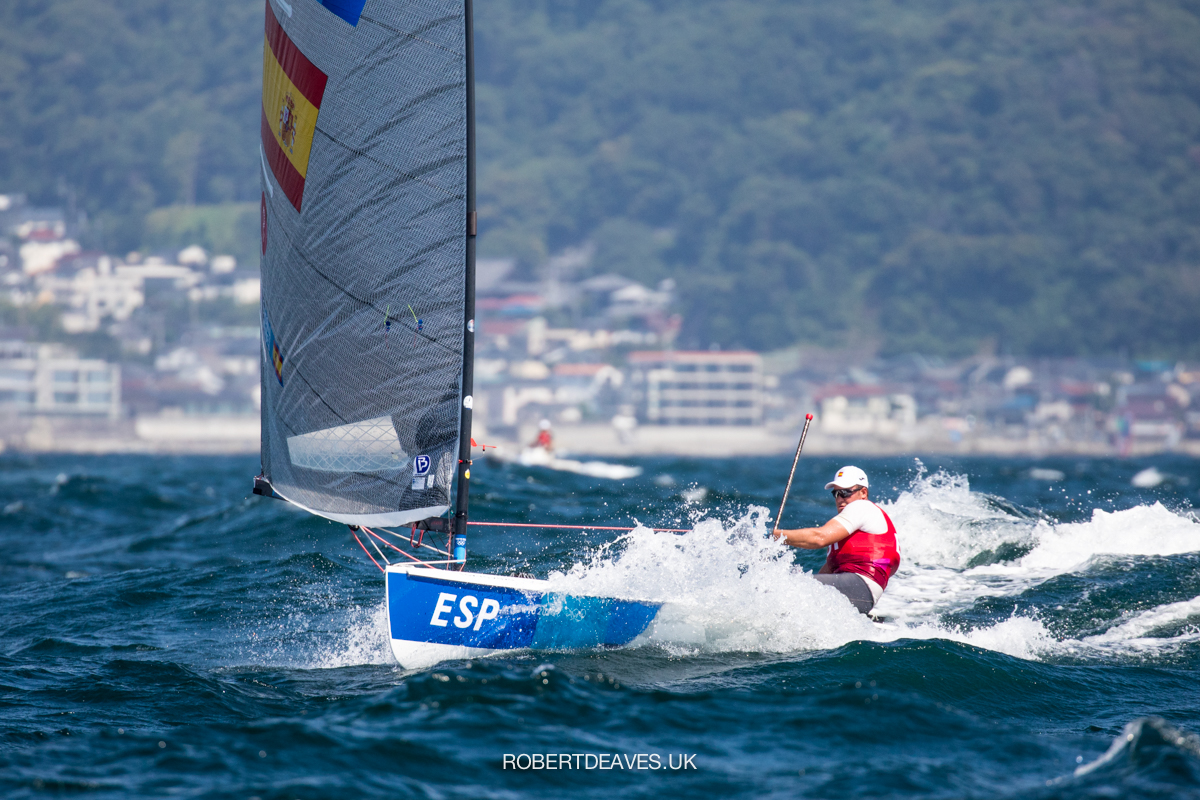 Berecz is a former world champion and double European champion. He has dominated the fleet over the past two years while four-time world champion Scott has been focussed on the America’s Cup. Cardona is the young pretender, knowing this is probably his only chance. He has shown skills and prowess way beyond his 23 years and, despite struggling slightly in the last two days of the opening series, has put together an incredible week. He is focused, determined and eager for glory.

But those characteristics apply equally to the whole fleet. The standard of racing for the first five days was unbelievable to watch. There was often a queue at the top mark and the wide range of conditions has stretched every sailor to the limit. Spare a thought also for those who didn’t even make the medal race, every one of them supremely focussed on the goal, every one hugely talented and hugely determined. But there have to be winners and non-winners. No one loses at this level. The challenge and the journey is its own reward, and the road to the medals has been travelled well.

Junior is perhaps the biggest threat to the top three. Only eight points adrift, he needs to be four boats ahead of Cardona to take bronze and five boats ahead of Berecz to take the silver.

For Heiner and Olezza the maths is more complicated. At 13 points adrift they need to be looking to try and win the race and hoping Berecz or Cardona are at the back. That’s a big ask, but this is medal racing and anything can happen. 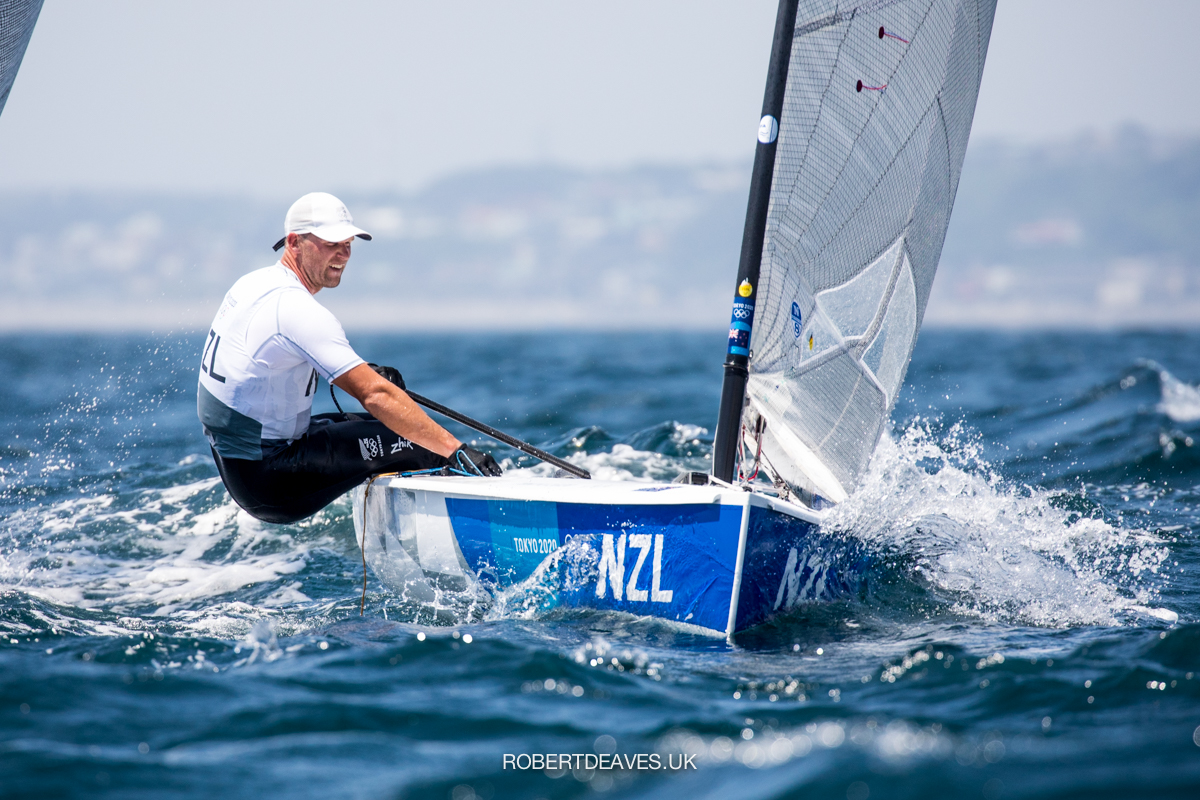 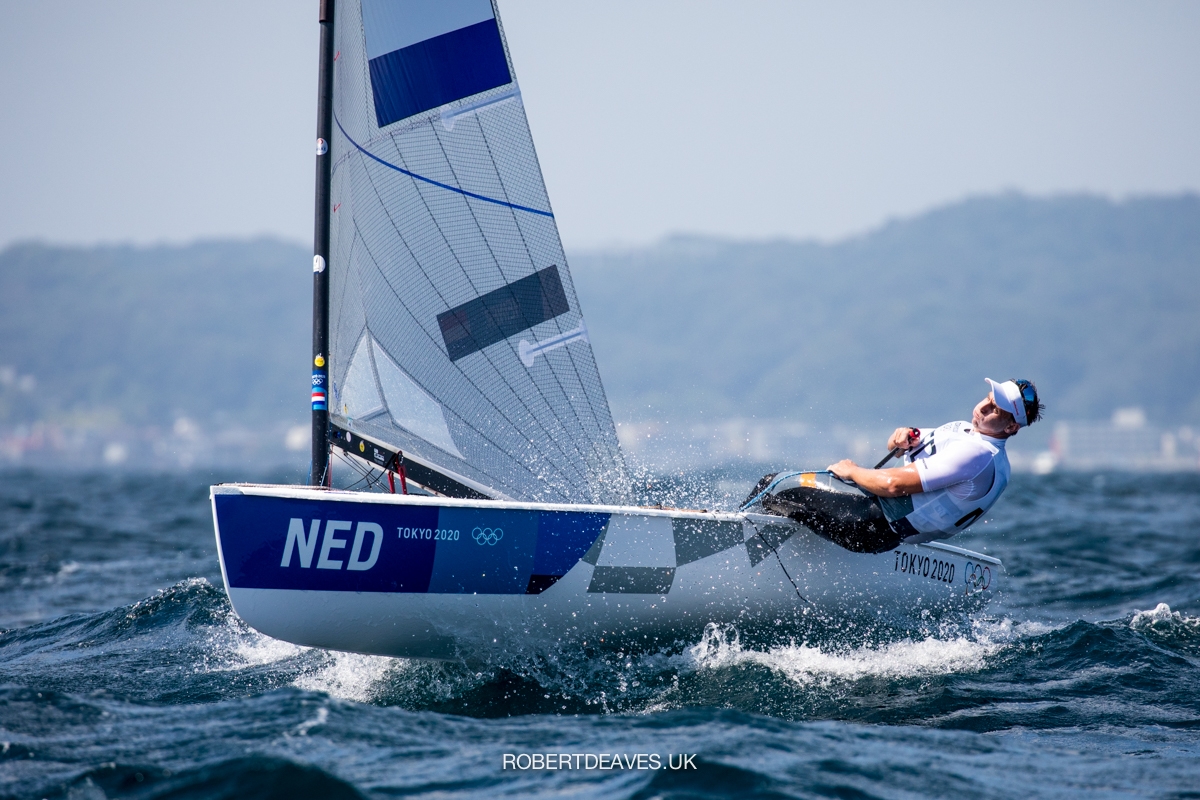 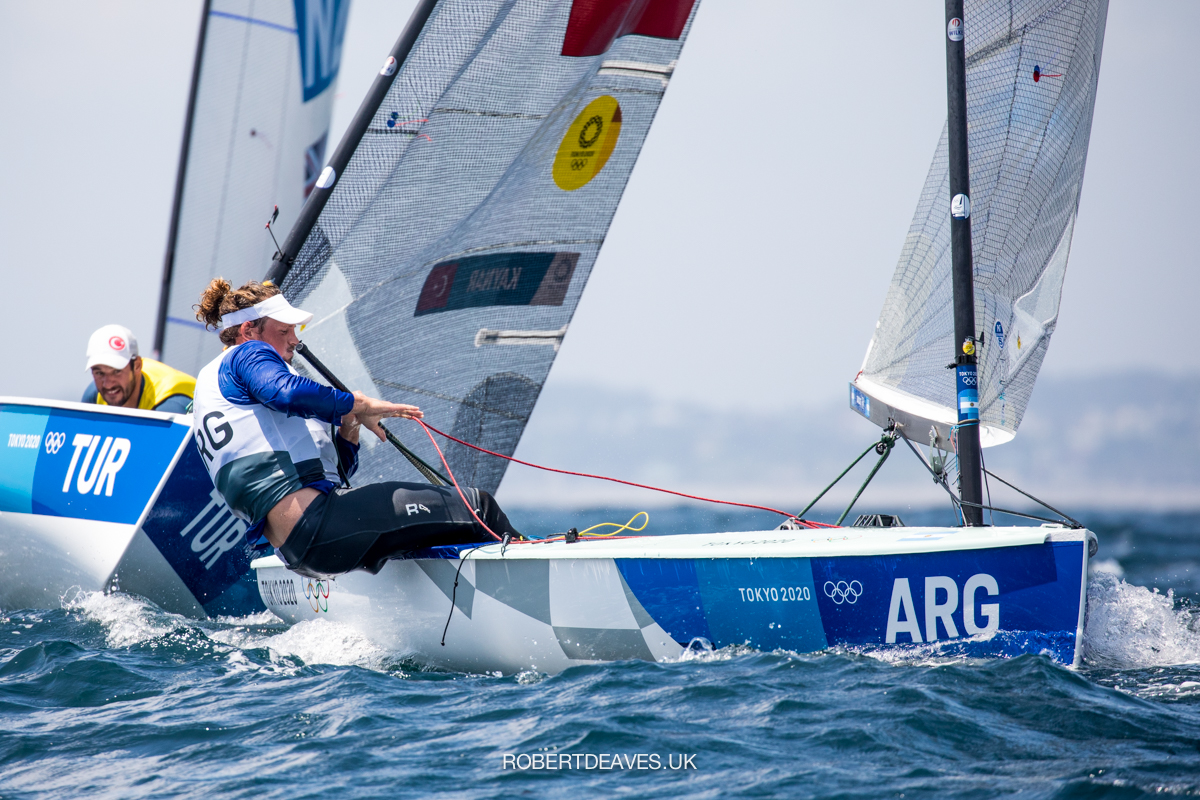 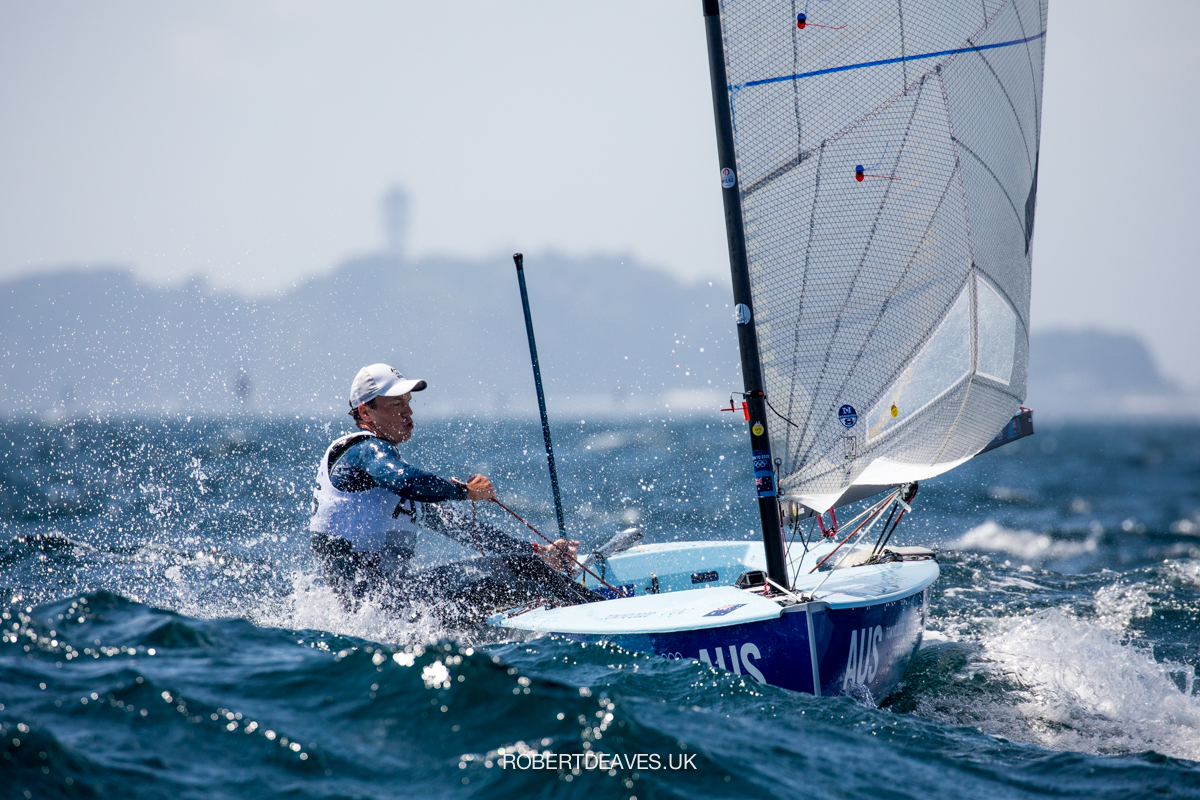 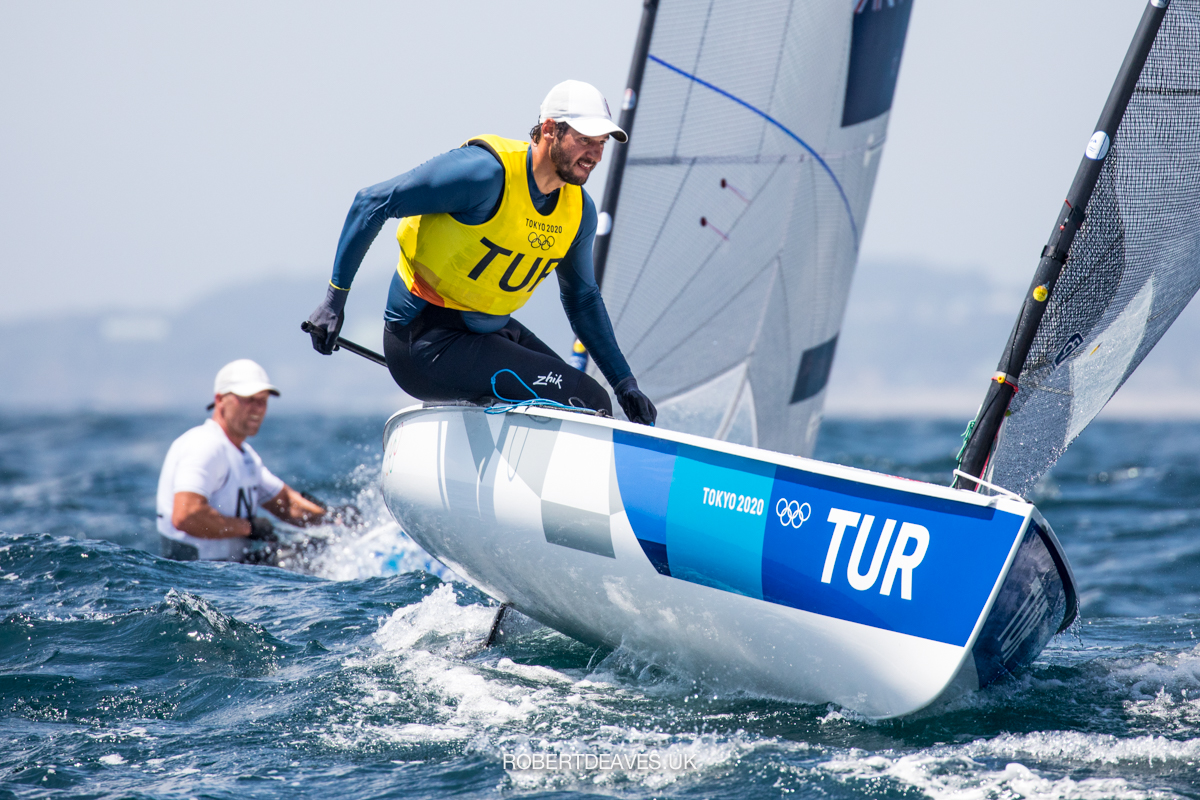 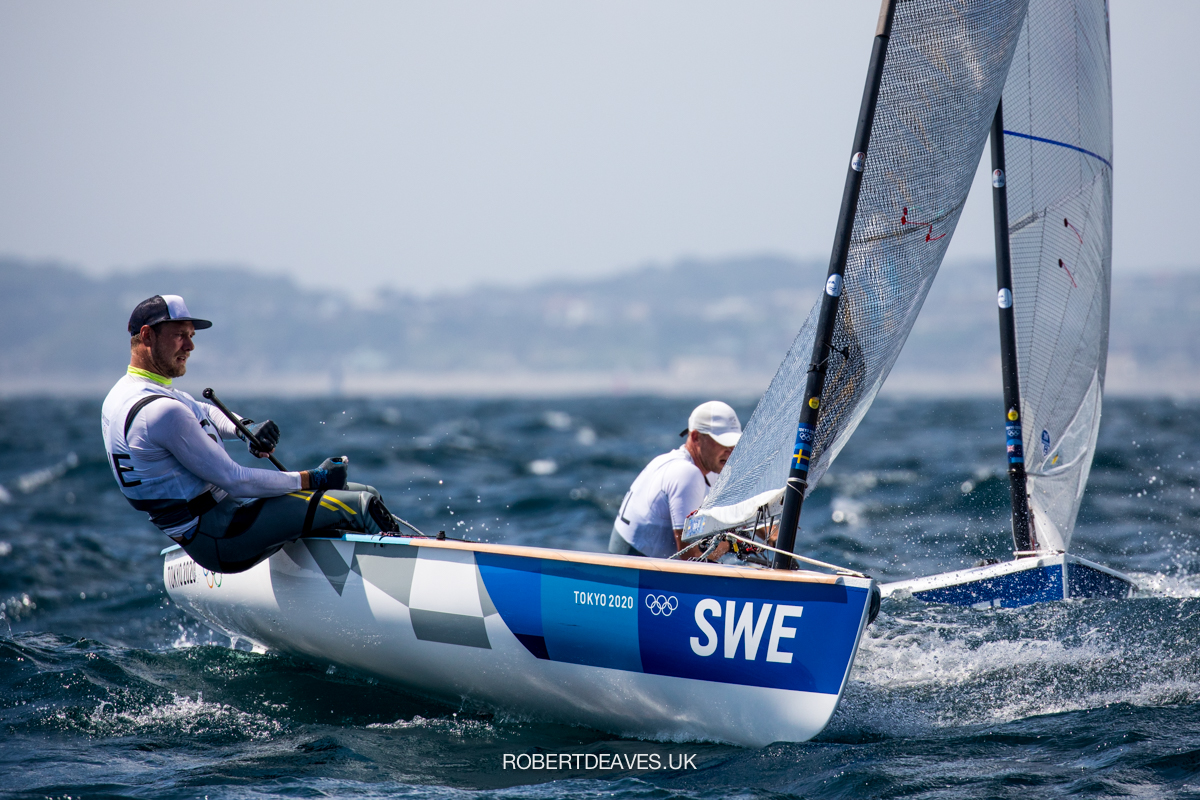 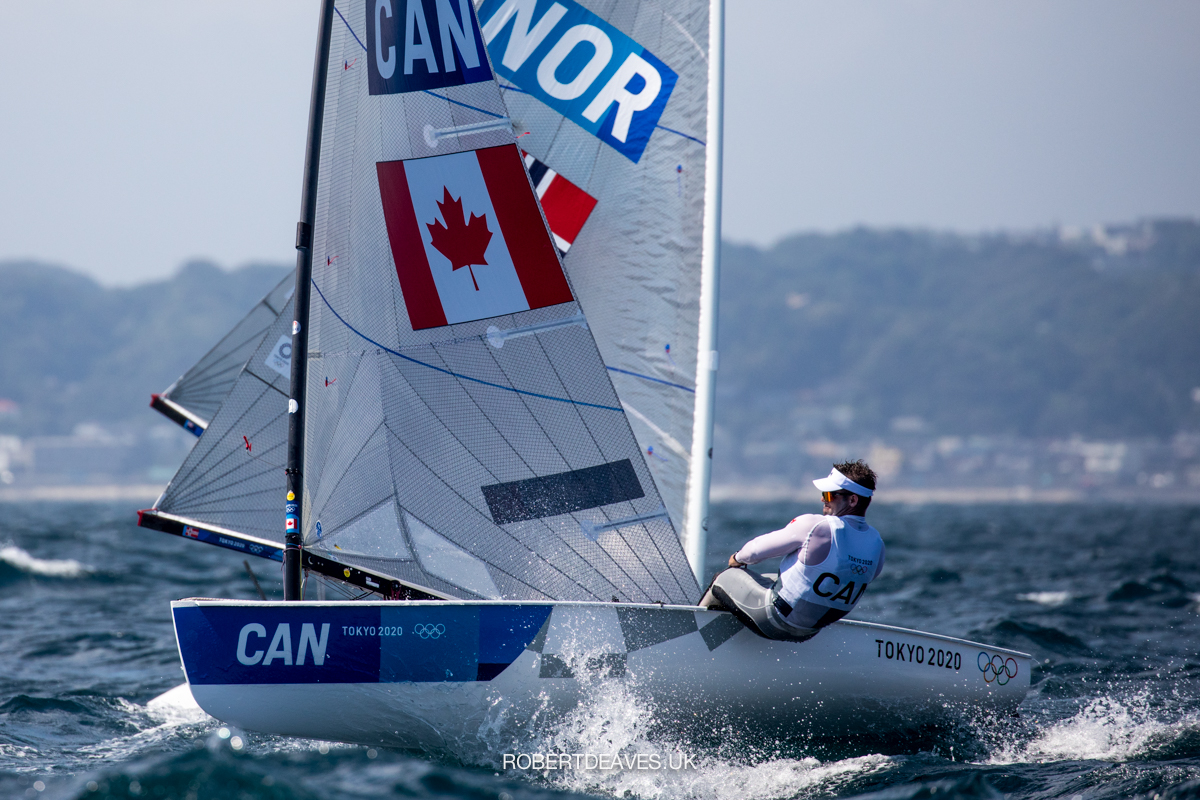