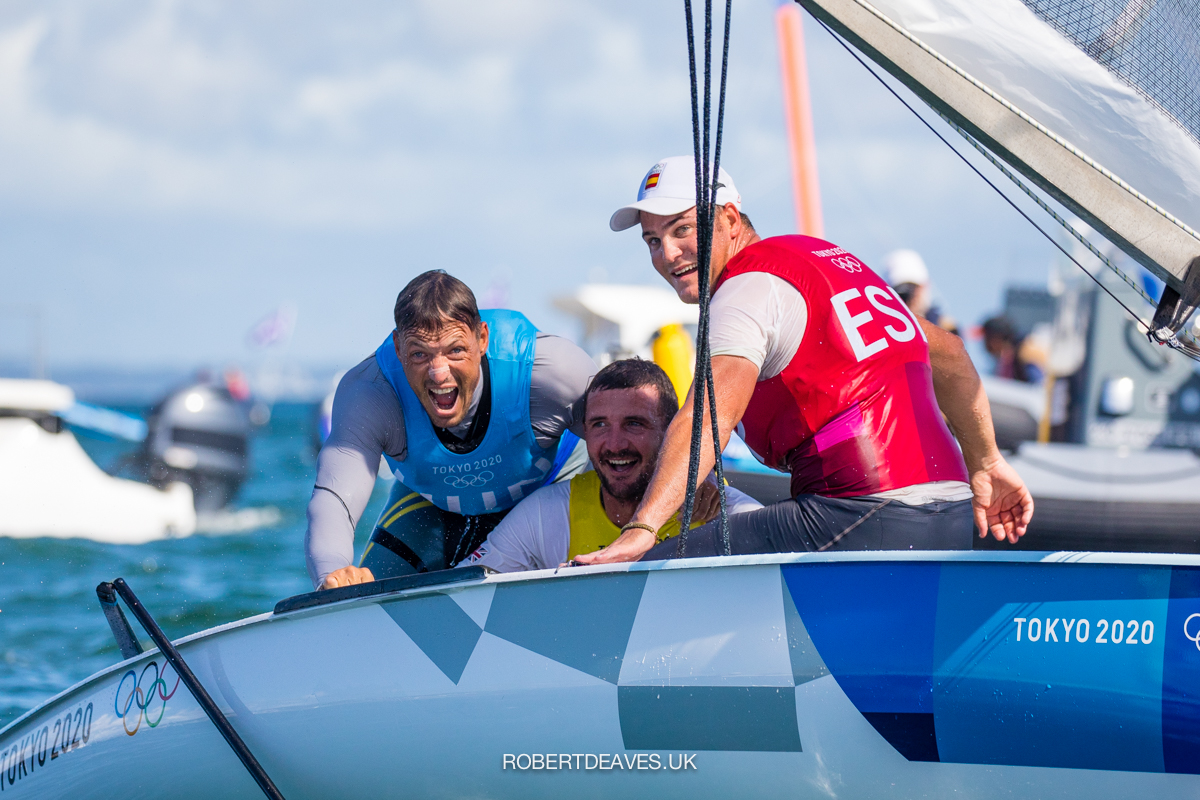 After an epic final Finn medal race, Giles Scott has won the gold medal at the Tokyo 2020 Olympic Games. Hungary’s Zsombor Berecz won the medal race to secure the silver while Spain’s Joan Cardona did just enough to hang on to the bronze.  Despite one of the most stressful medal races ever, the top three remained the same. But it could have all been so very different…

Where can you even start to tell the story of the day with all its twists and turns and near calamities? It was a roller coaster to watch, never mind compete in. 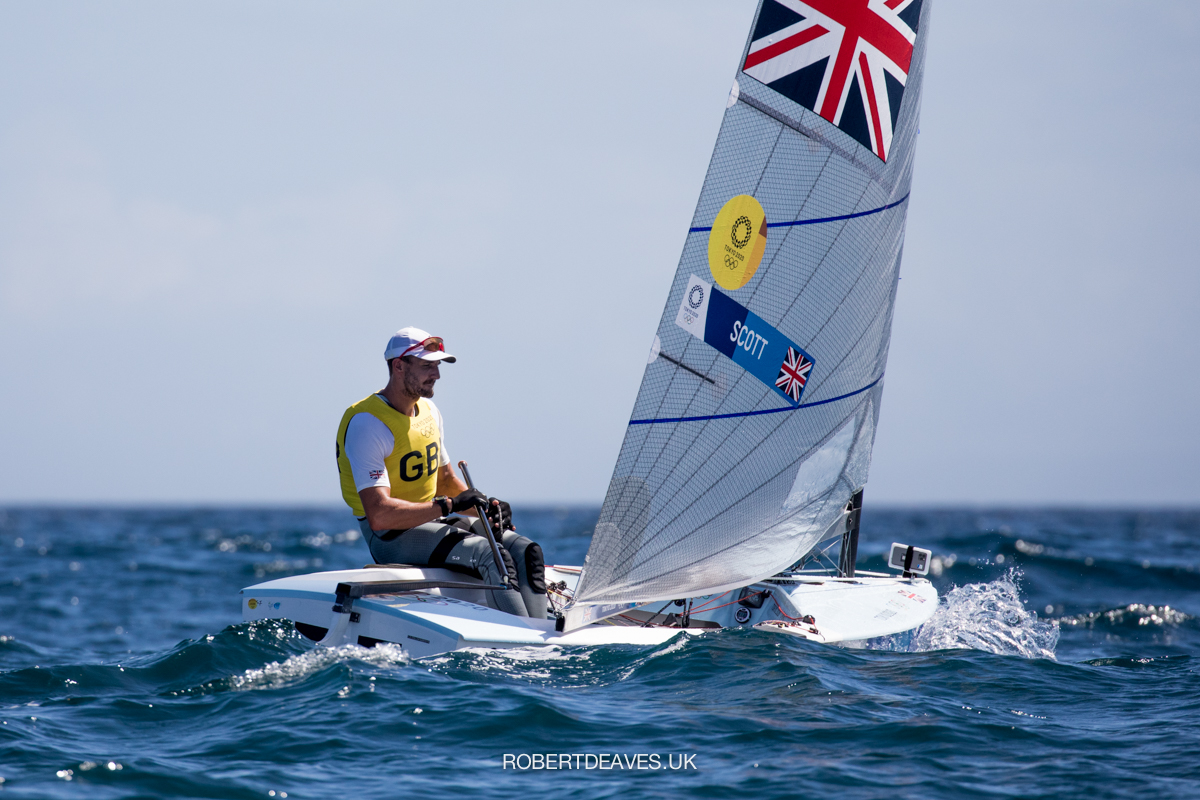 Scott won the gold in possibly the hardest way imaginable. He mistakenly returned to the start thinking he was over, and restarted last, sailing the whole race playing catch up. For while it looked all over for him, but one thing we have learned about Scott is that it’s never over until it’s over. He doesn’t give up and often finds a way back.

He didn’t think he was over, but “I made the call to go back and then I had quite a lot on. I made it by the skin of my teeth, it was properly to the wire; it was really tight. I tried to stay relaxed. It was mine to lose, if it had been any other race there was no way I’d go back.”

All week it’s been about the far right and far left. Most of the fleet headed right, but with a lot of work to do, Scott headed left. He needed a big change to happen, and it did. A left shift moved him up to fourth at the top and the race was back on.

However he then dropped back to seventh at the gate and was still a distant sixth at the top mark again. The gold medal was going to Hungary unless he moved up.

At the end of the run he was still sixth, with barely 100 metres of race track left and still a lot of work to be done. But he made a clean inside rounding and picked off two more places before the finish.

“I knew down the last run I had to make good headway, but I made a few good calls and a few well times gybes, and just sneaked round that group. I just got round the outside of the group at the bottom and tried to stay relaxed down that final reach and not pick up a penalty.

“I thought I had messed it up all the way to the finish, but of course I never gave up, always kept pushing. I’m a realist at heart, but I can count.”

He crossed in fourth to win gold by three points.

“I’ve certainly not been involved in any boat race as close as that.” 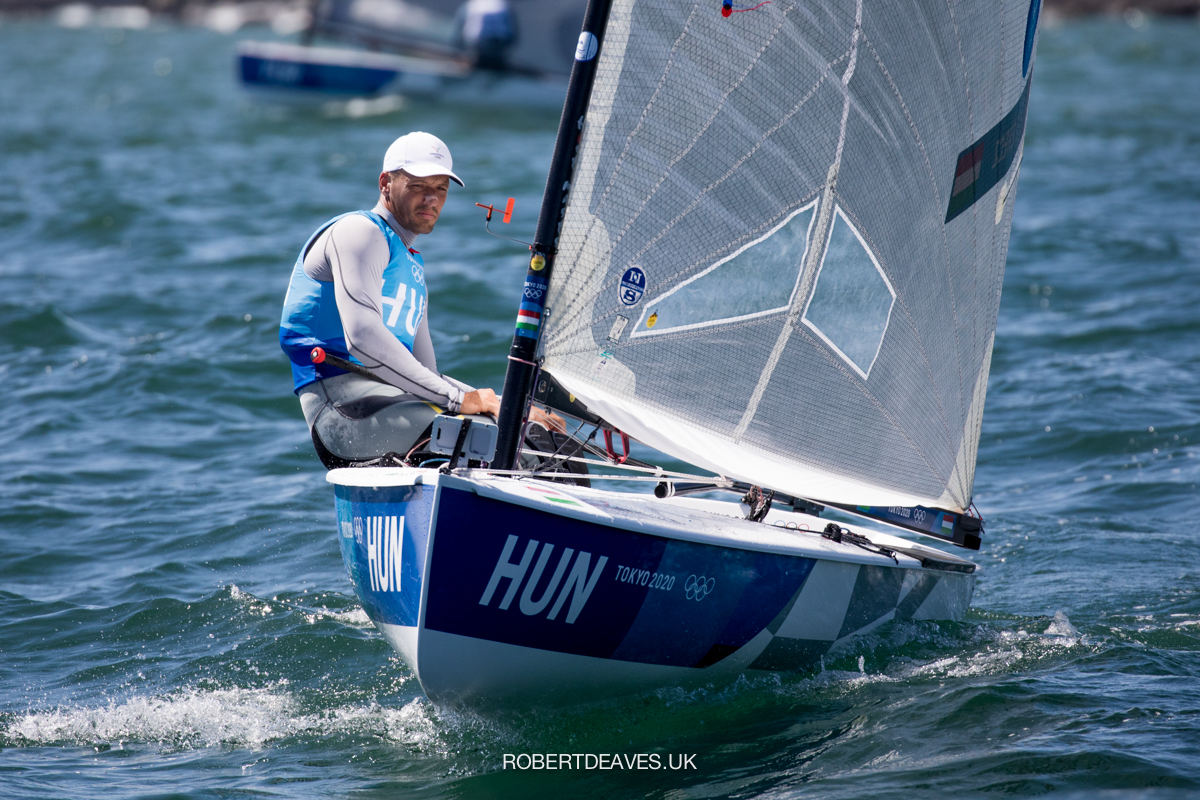 For silver medallist Berecz, there was certainly less drama.

“It was very hard for me not to go back after the start. I saw Giles was going back and I was not sure because I had a pretty good start also. But I know that this was the only chance for me to take the gold. Of course of wanted to win the race but the focus for me was on getting a medal.”

Berecz rounded the first mark in second behind Australia’s Jake Lilley, who led until the final downwind. Then The Netherland’s Nicholas Heiner came through downwind to lead at the final mark, before Berecz slid past to take the race win.

Meanwhile Cardona had a lot on to hang onto the bronze.

“I wanted to cover Josh [Junior] a bit and secure the medal as I knew he was the one closest to me. He went far right, so I just stayed on top of him. In the end the left paid better and then I was not trying to win the race, I was just trying to hold my position and if possible win the silver.”

“On the last upwind I lost some control, and when I rounded second last before the last downwind, I said to myself, just send it, go as fast as you can and let’s see what happens. It’s probably my last downwind in the Finn and I have to perform at my best.”

He moved up to seventh at the gate and crossed the finish in sixth to win the bronze.

“I think the medal race showed how close the Finn fleet is, and how competitive it is. We were pushing until the end. It was a really nice last downwind for me. I managed to climb back to the medal position so I am super happy.”

Cardona explained what the medal meant to him.

“It’s amazing. I don’t know how to describe it in words. I see how much I have made people happy who believed in me, and so many people back in Spain are cheering for me.

“I think not many people thought I could come here and win a medal and I proved I could. People were saying the pressure would get too much, but I just came here as probably my last chance in the Olympics and I had to give it all, and I am stoked with the results.” 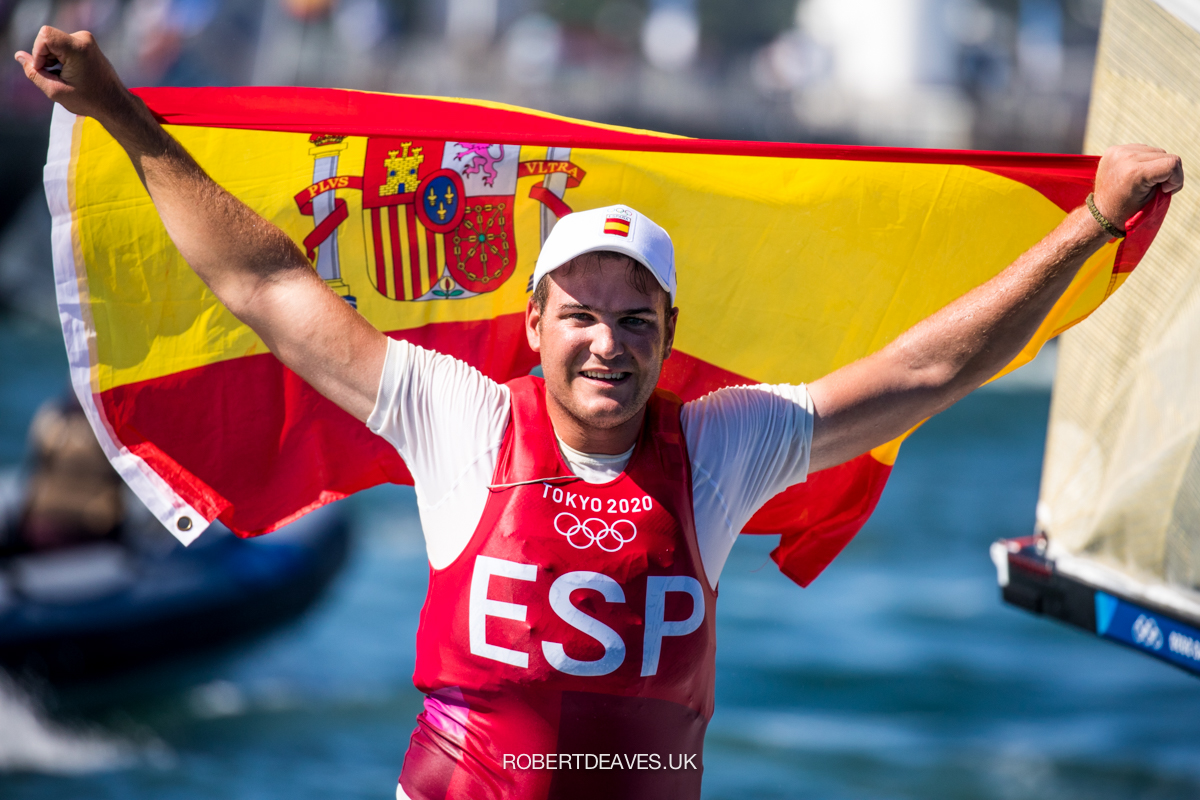 “In Hungary we don’t get many medals. The last one was 41 years ago and so I know I had big pressure, as I believed it will change sailing in Hungary. I will be in the first line to help the new generation to show that even without the sea we can succeed even though we only have lakes.

He also goes down in history as being the winner of the last Olympic Finn race.

“It’s a great moment but on the other had it’s also quite sad to see that our class is now out from the Games. For me I probably would not continue even if it was in, but seeing the young generation, especially the Spanish guy – we have trained together for last few years and he is such a talented guy – most likely with a bronze medal at such a young age, he will have no other chance to compete at the Olympics. I think this is a sad moment for the class, but I believe the class without the Olympics is still going to be still the strongest. It’s such a nice family and you’ll never get that in the Olympics any more.” 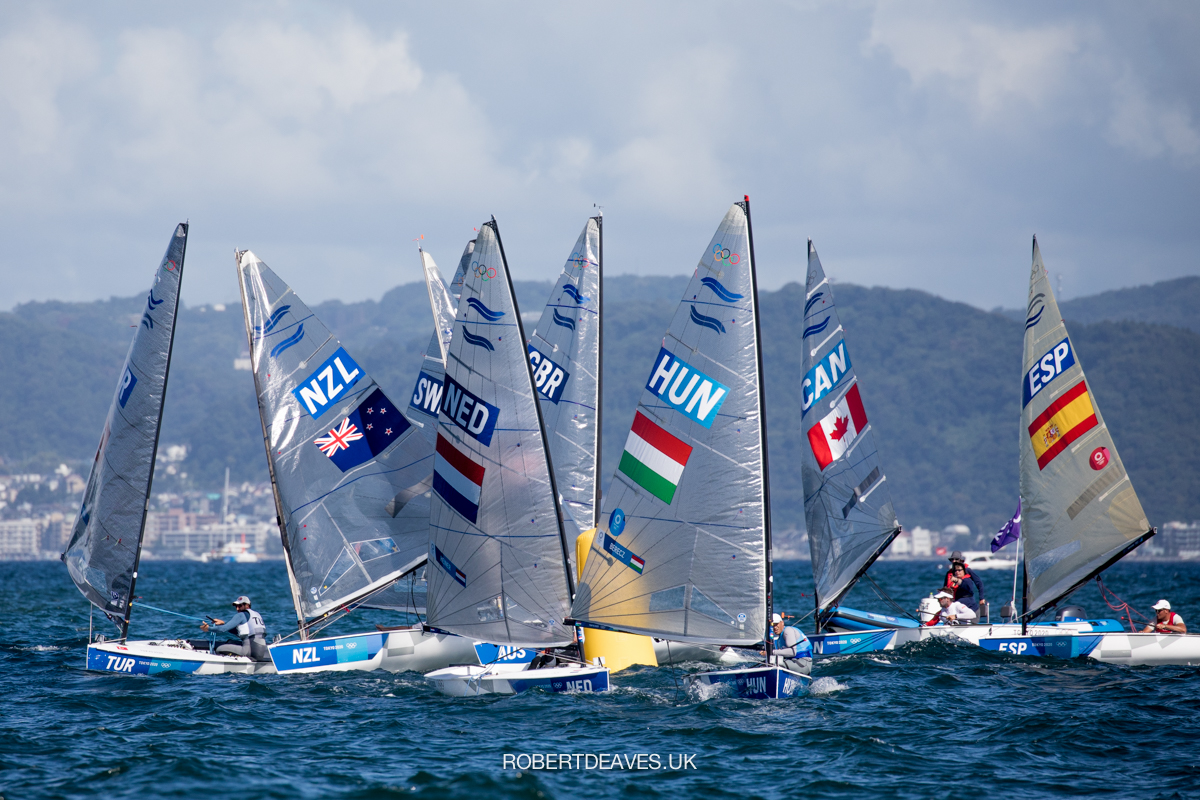 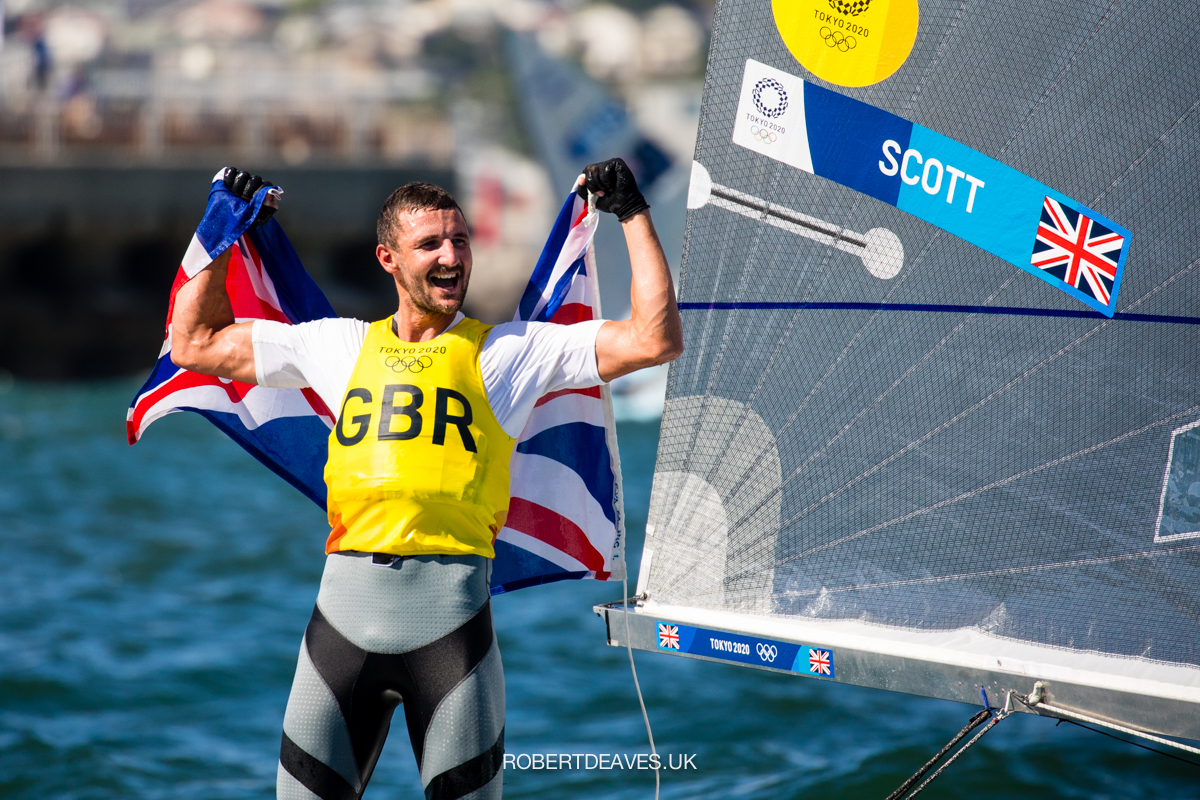 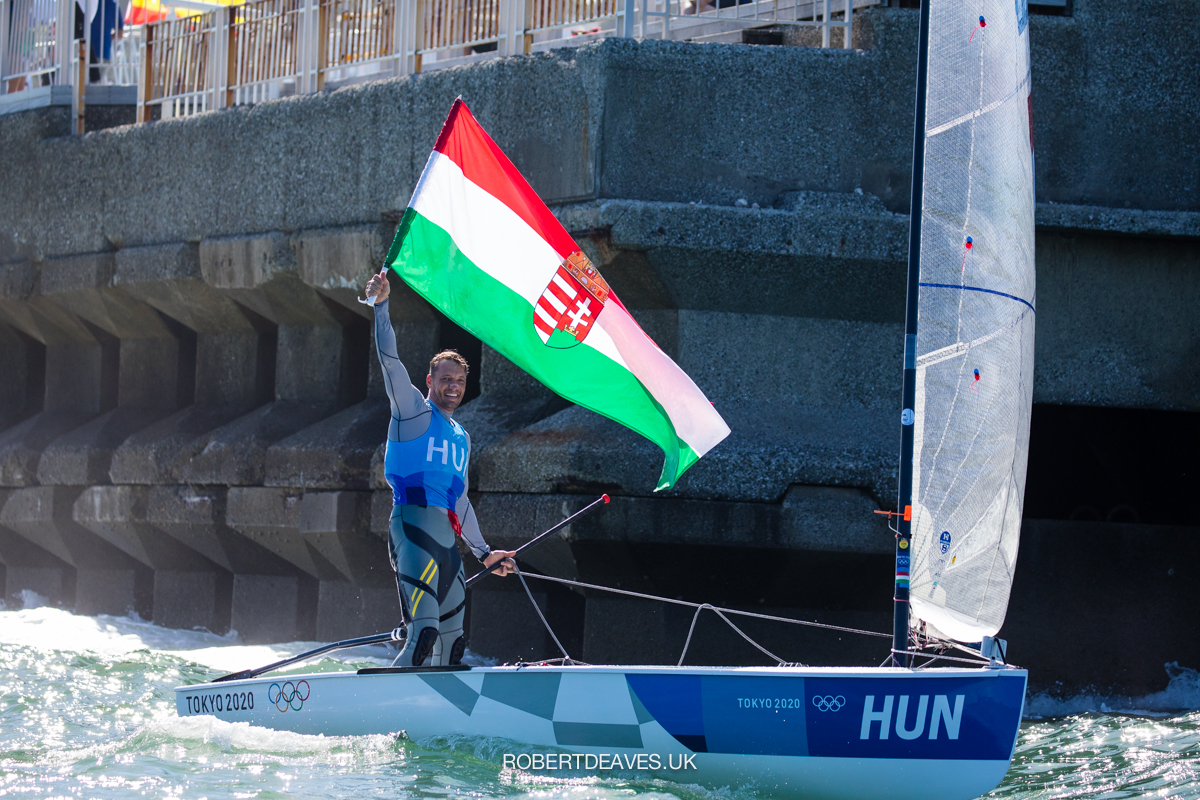 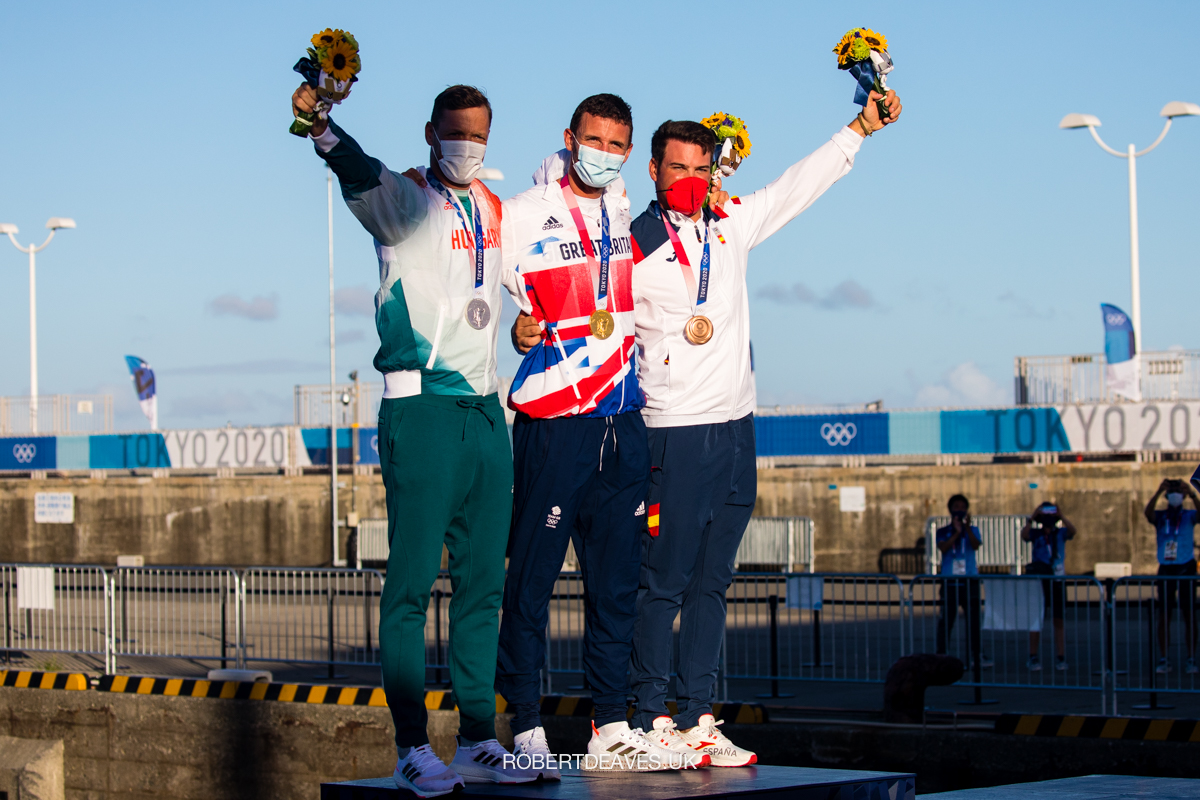 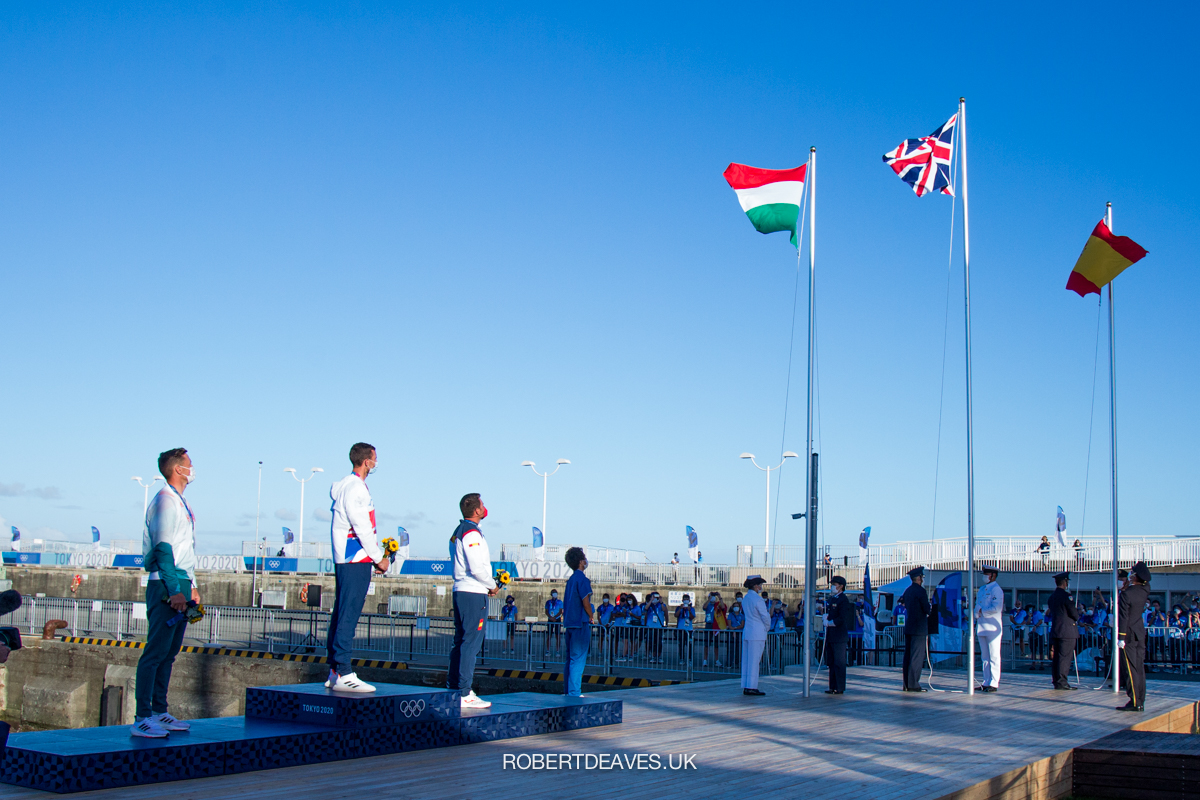 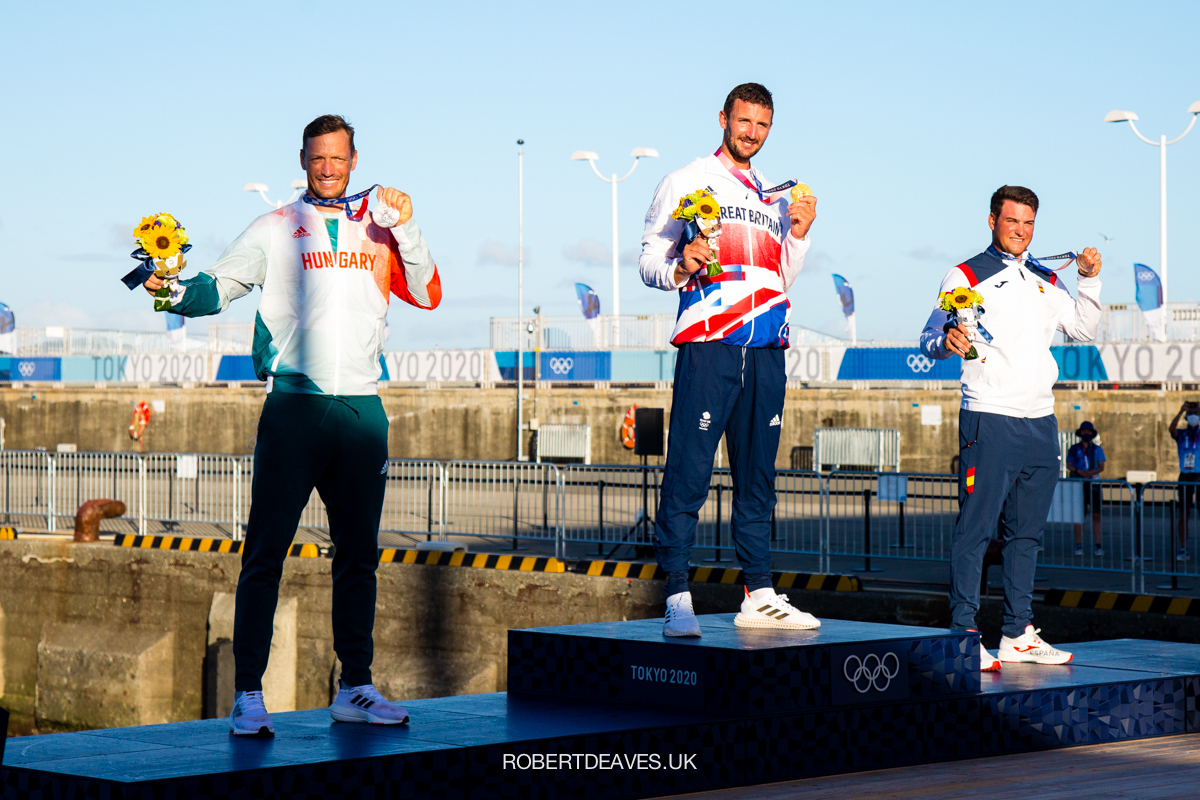 The Finn medalists at Tokyo 2020