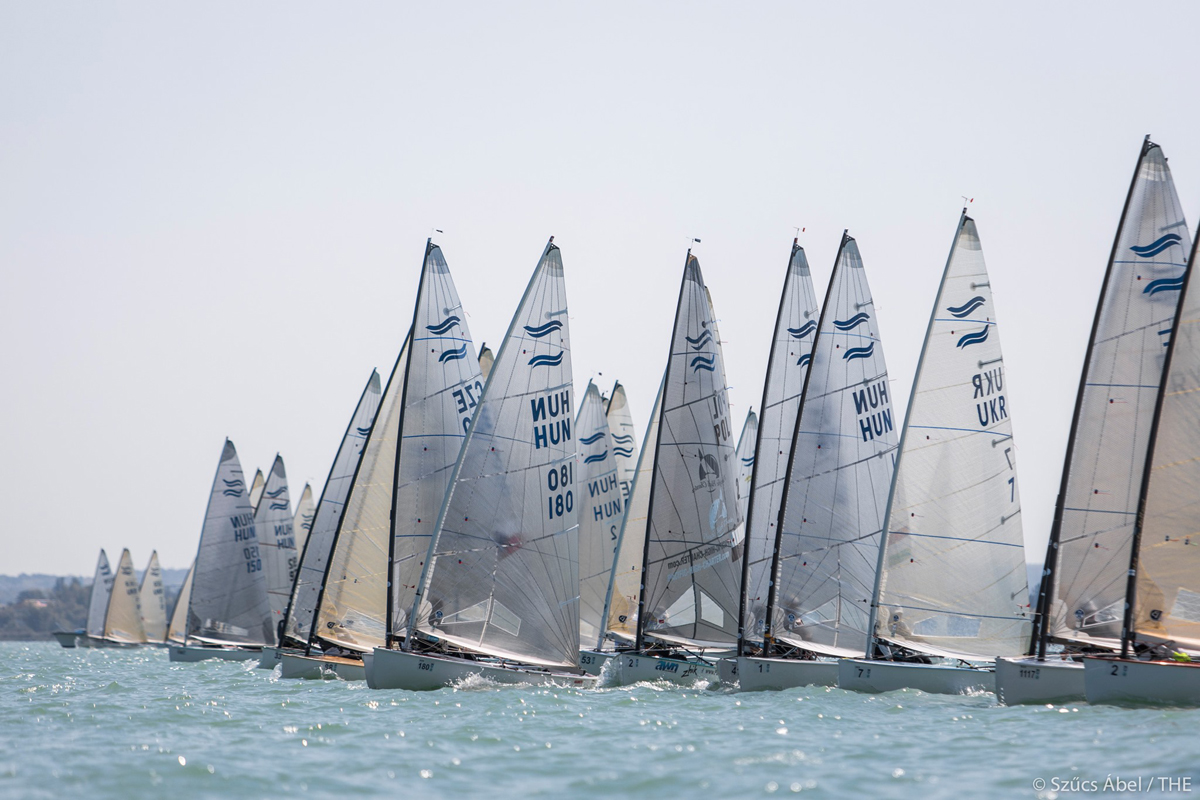 A fleet of 78 Finn Masters, a record entry for the event, with competitors mainly from across eastern Europe has gathered in Tihany, on Lake Balaton in Hungary for the 2021 Finn European Masters and were treated to some challenging blue water sailing in 27 degrees with 6-10 knots of breeze. According to third placed Scheurwater it was ‘paradise sailing’.

The first two races were sailed in a 6-10 knots breeze, while a third race was attempted but later abandoned as the breeze became too shifty and unstable.

On Wednesday evening the fleet was treated to a delicious typical Hungarian goulash with lashings of free beer and wine.

“The starting line was always biased to the pin and the top ten were always there. Then it was about sailing the lane and picking up the next lane, and the next lane. I happened to be very fast on the downwind so that was very handy, but it was very difficult because it was very fluky and the wind was very up and down.”

After two ‘fair’ races in 6-10 knots, “The third race was a drama. The wind went left 40 degrees on the first upwind and then another 40 degrees on the second so it was cancelled. The first races were ok. They were long enough to wait for the next shift, so was pretty fair sailing, but you had to be at the pin.

“It was a lot of fun and good sailing. The club here is great and very hospitable. It was a long drive but we are very happy to be here.

“It’s really nice sailing; I find it paradise sailing, blue water, 27 degrees.” What’s not to like?

The tropical weather conditions are expected to persist and the championship continues until Saturday, with 10 races planned over the four-day event. 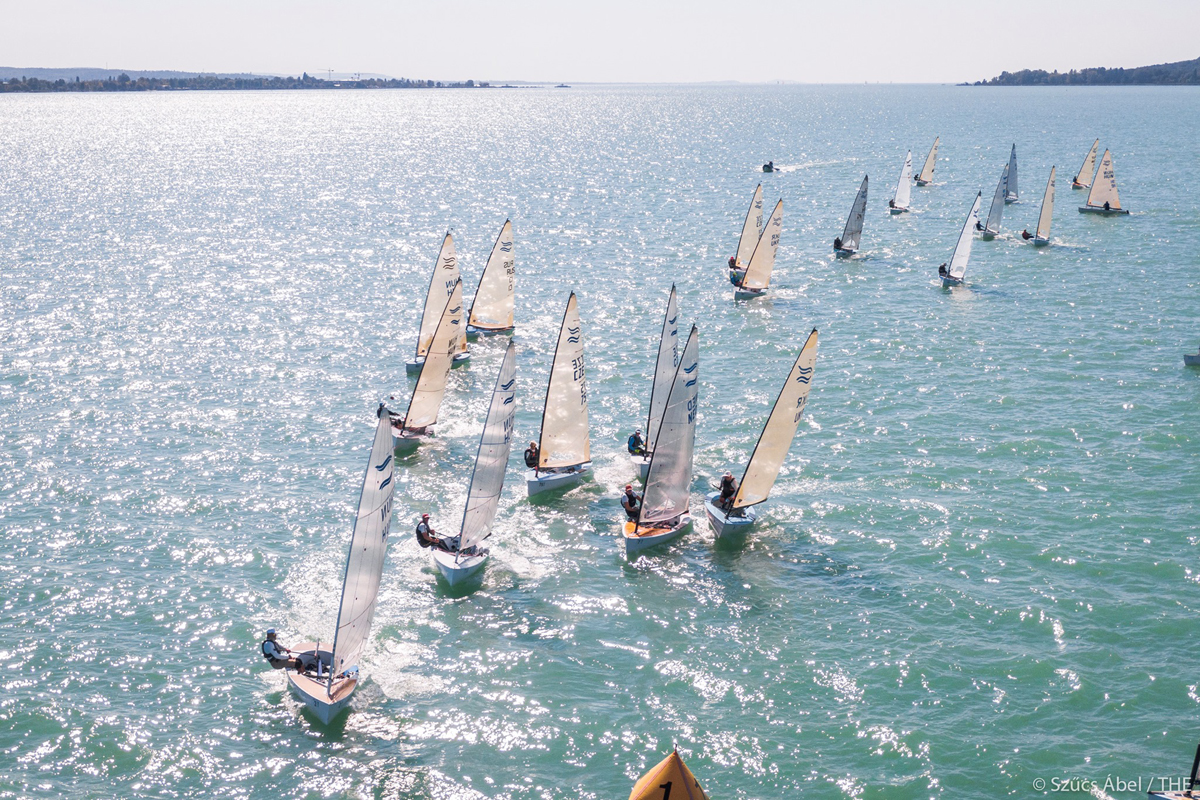 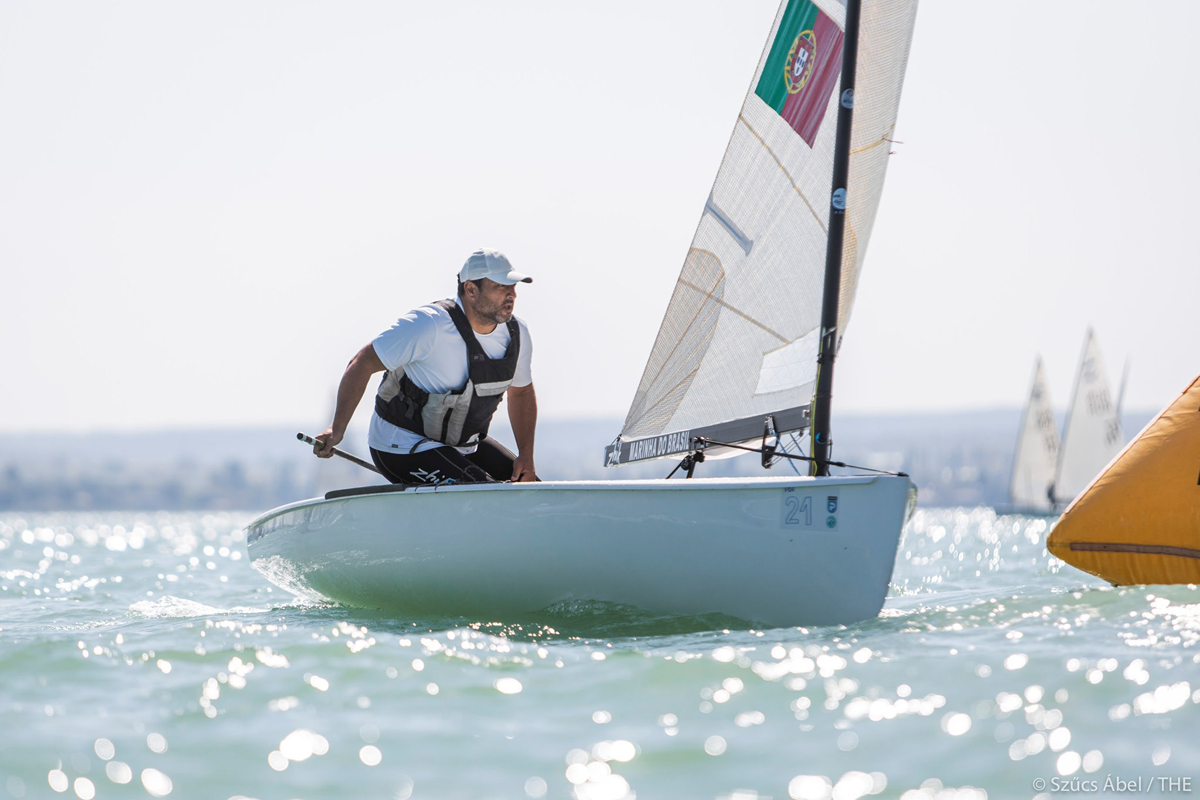 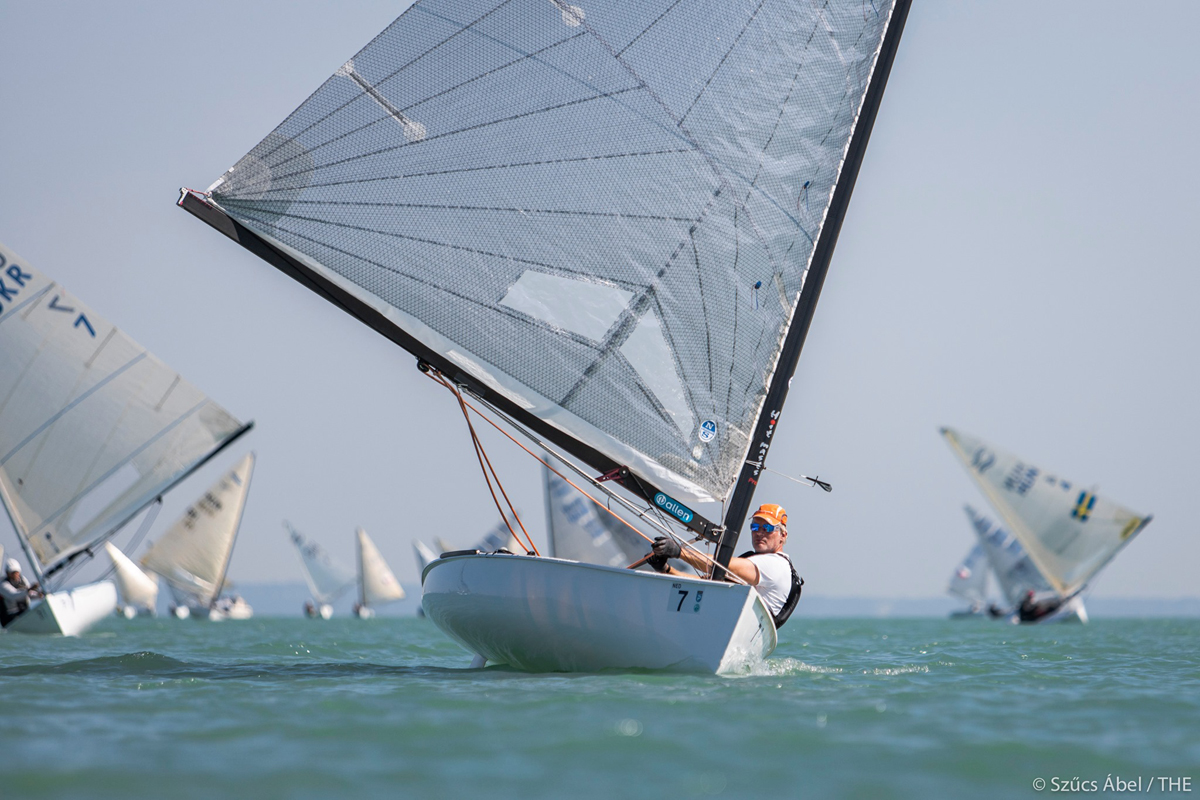 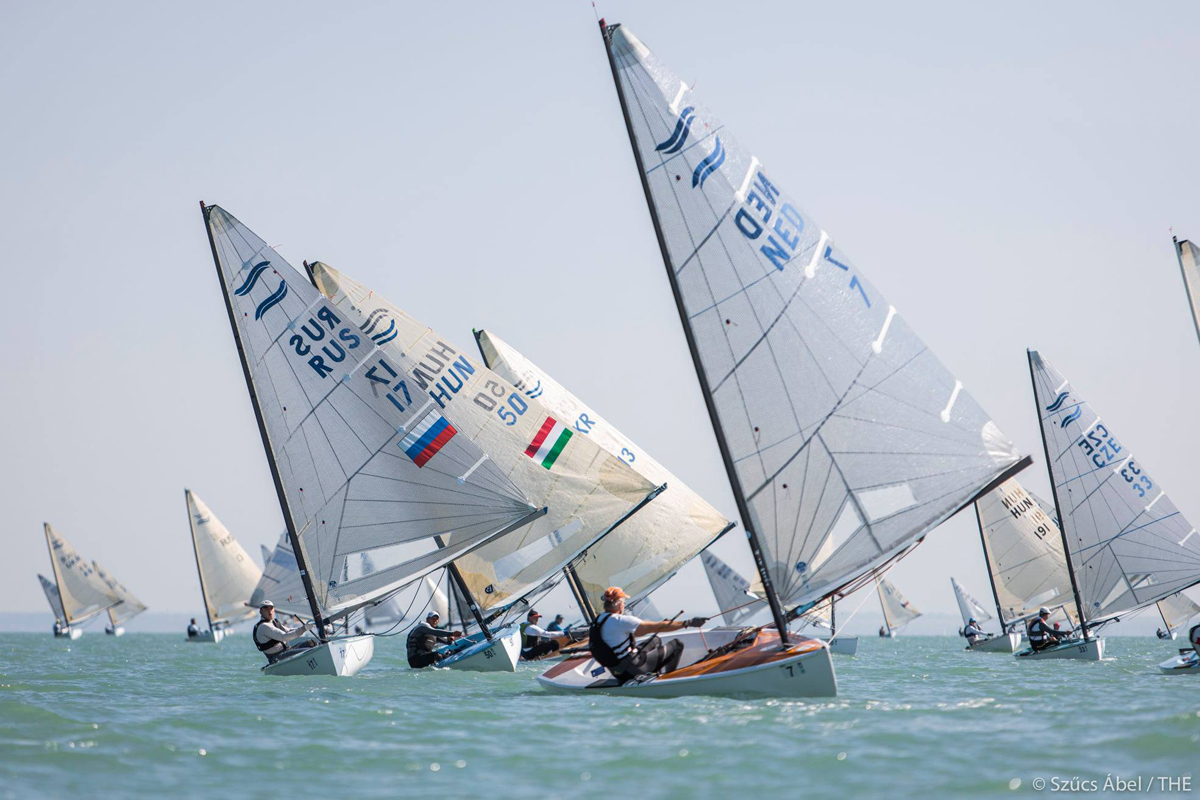 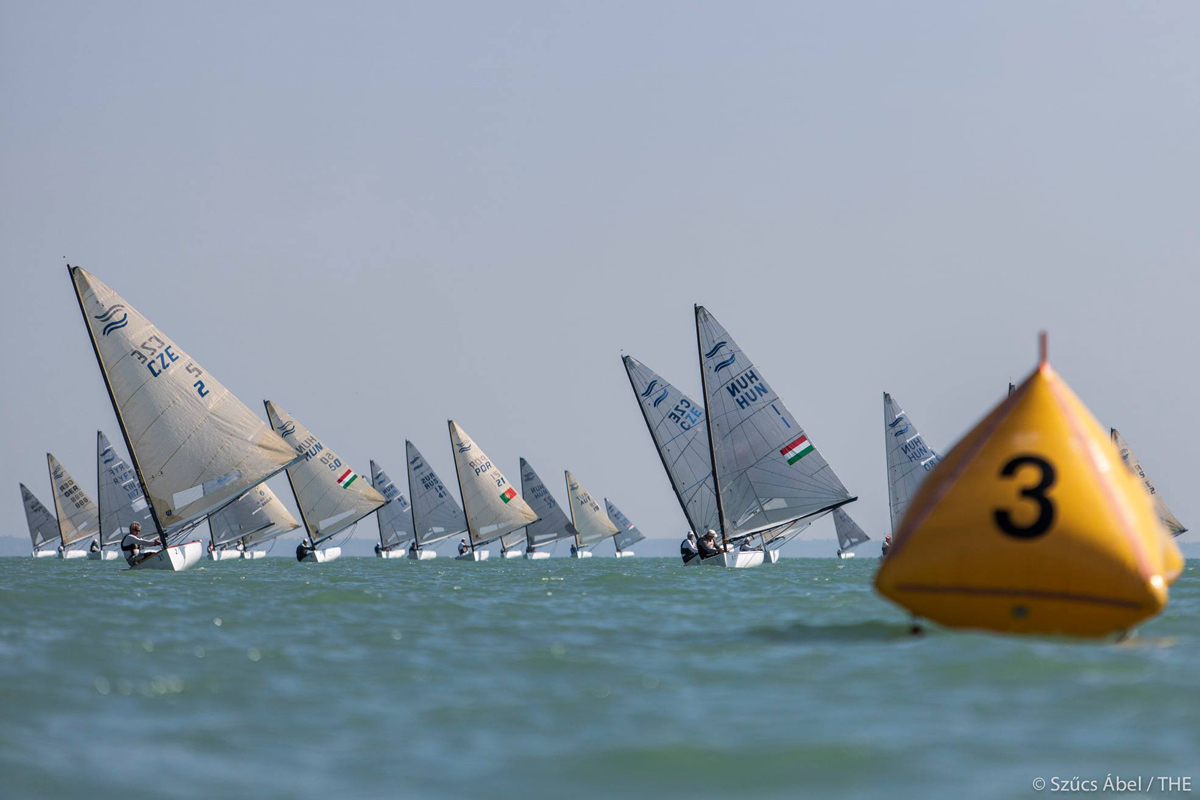