The last Finn World Masters was back in 2019

After nearly two and a half years of waiting, the 50th Finn World Masters will finally take place next week at Los Alcazares on the Mar Menor in Murcia, Spain. Despite the challenges of travelling, around 120 entries from 27 countries, as well as some more late entries, are expected to travel to Spain.

Traditionally held in May/June, both the 2020 and 2021 Finn World Masters in The Netherlands were cancelled due to COVID restrictions, so the class gratefully accepted the offer to host the event in October in Spain, the first time the championship has been sailed this late in the year.

To say the Finn Masters are excited by the prospect of racing again on the Mar Menor is an understatement. The Finn World Masters is the pinnacle event for so many Finn sailors and the lack of an event has been felt worldwide. It was last sailed here in 2007, when everyone remembers a great event both on and off the water.

While there will of course still be COVID restrictions in place for the event, it is hoped that the championship will be as normal as possible with a full social programme, which is as much a part of this unique event as the sailing.

The fleet is the smallest for some time, but packed full of top sailors and it should be a fascinating week of competition.

The fleet includes many past Olympians and top sailors, but the only former World Masters champion is John Greenwood from Britain.

Three-time Olympian Anthony Nossiter, from Australia, is back for his second Masters, going up against former Olympic rival Paul McKenzie. From France, former Grand Masters champion Laurent Hay is sure to be challenging the front, while Valerian Lebrun will be taking part in his first Masters event.

This year there are also nine Legends – 70 years and older – taking part, sailors who just can’t seem to give up Finn sailing and become an inspiration to all Finn sailors worldwide.

The event opens this Friday, with a practice race on Sunday and an eight race series scheduled from 15-19 October. 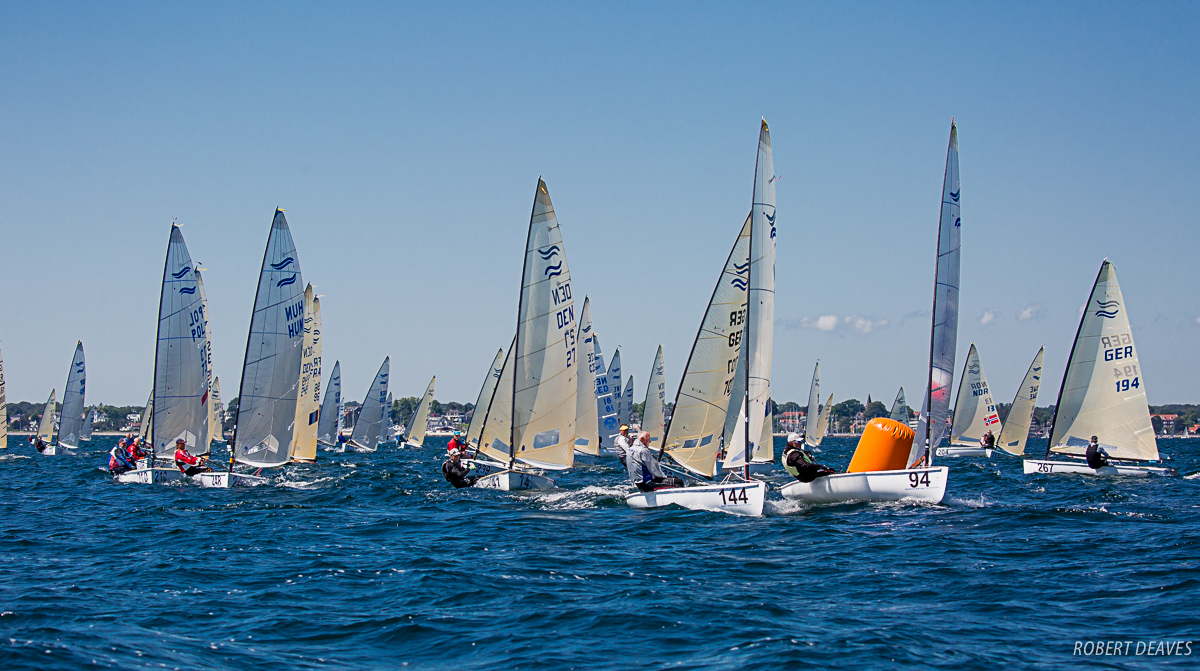