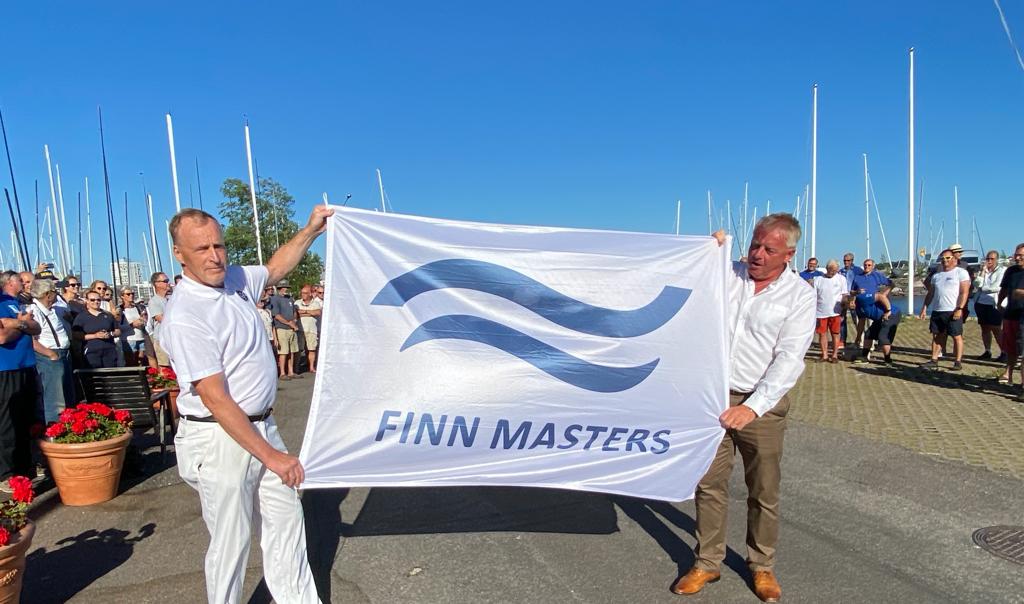 The 2022 Finn World Masters has been opened in Helsinki as 121 Finn Masters from 25 gathered to celebrate getting old in a Finn as well as remembering 70 years since the iconic Finn was first sailed at the Olympic Games.

The Finn World Masters were opened by President of Finn Masters Andy Denison and Esko Rechardt. Esko Rechardt was the first Finnish sailor to win a sailing gold medal at Olympics. It happened at the Moscow Olympics (Tallinn) 1980. Rechardt spoke about the the quality of the Finn and the heritage it has across the world of sailing

Under brilliant blue skies Ted Grondahl from the Helsingfors Segelklubb welcomed the sailors to the Finn World Masters and ensured that the competitors would be treated well. A moment’s silence was then paid to Finnish Finn sailor, Kim Weber, who had passed away a week earlier. Kim had finished in sixth place at the 1972 Olympics in Kiel.

Andy Denison World Masters President thanked the club for their support and looked forward to a great week of socialising and sailing, which has been granted some spectacular warm weather.

Prior to the Masters, 48 Finn sailors took part in the Finnish Open Championship as a tune up event. After two days of very tight racing with short courses Laurent Haÿ from France showed impressive form and was even able to skip race 3 for some much-needed relaxation. Non-Master Jesse Kylänpää was was second from Ville Aalto-Setälä. Sebbe Godefroid also showed good speed wining a race, as did Kylänpää, Aalto-Setälä, Walteri Moisio and Hay.

The Finn World Masters practice race on Sunday was cancelled because of high winds, but racing is scheduled to begin on Monday.