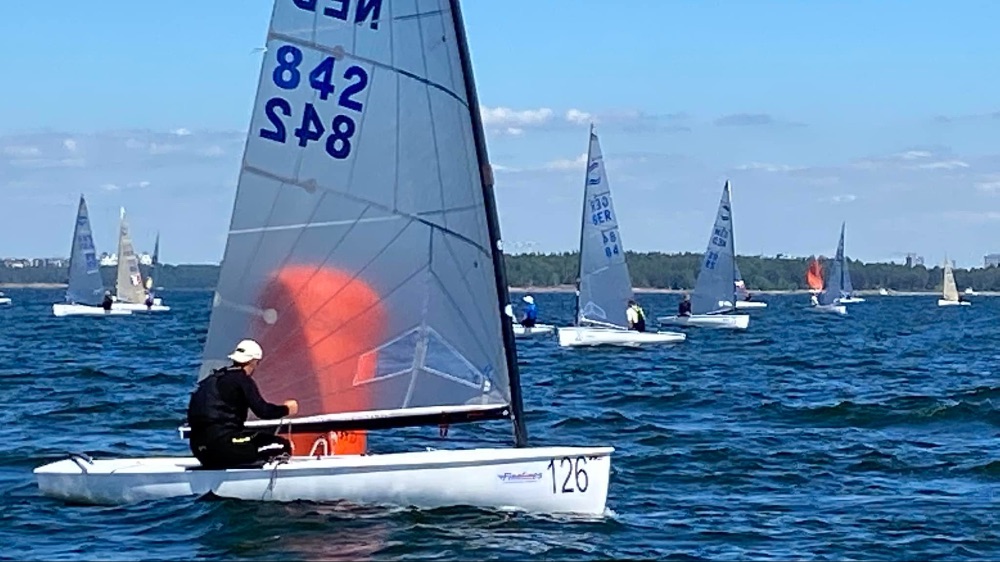 The event started in splendid conditions, sunny, warm with 6-10 knots of wind. The wind pressure varied a lot making it challenging for most sailors. In both starts the black flag was needed, and at the end of the day there are 15 BFDs on the scorecard. Some of the front runners picked up a BFD, making rest of the week difficult for them.

Race 1 got away after an initial general recall as the fleet had to come to terms with 120 boats on the line. Sebbe Godefriod, from Belgium, led the fleet at the top mark, but on the next beat chose the right hand side of the course and was passed by those who went up the left side. Postma took the win from Hay and Peet

Race 2 also got away following a general recall under a black flag and a number of sailors unfortunately paid the price including Laurence Crispin who was leading at the first mark. A good battle was had by Potsma, and Hay and Karl Purdie, from New Zealand with Postma taking a second win to complete a perfect day on the water. Hay crossed third with Bas de Waal, from The Netherlands third.

In the evening a ferry took sailors from club to the island of Särkkä where today’s prize giving was presented by Pata with a warm reception in a garden setting. This was the location of the medal ceremony at the 1952 Olympics, the first time the Finn was used at the Olympic Games. Many sailors stood on the Olympic podium. 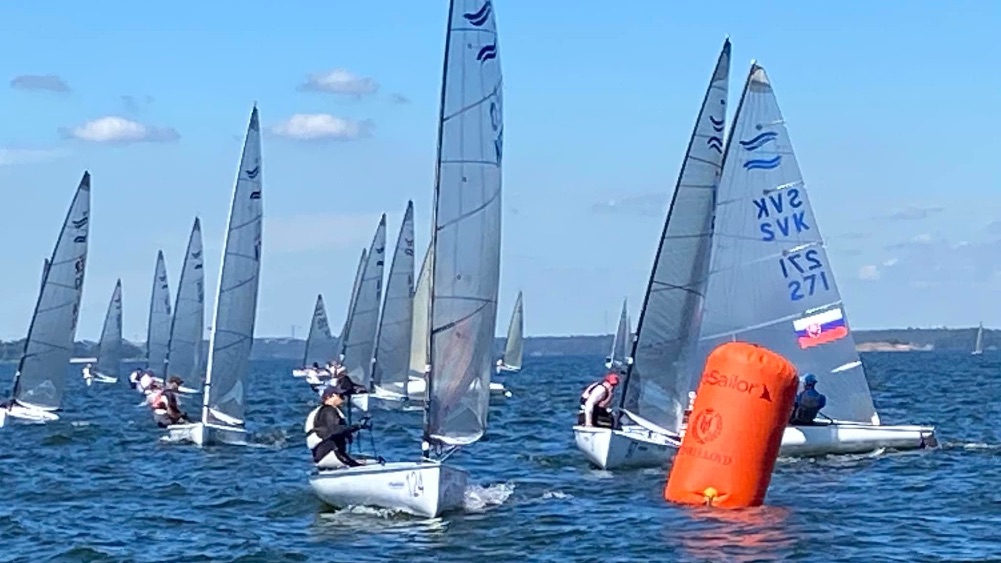 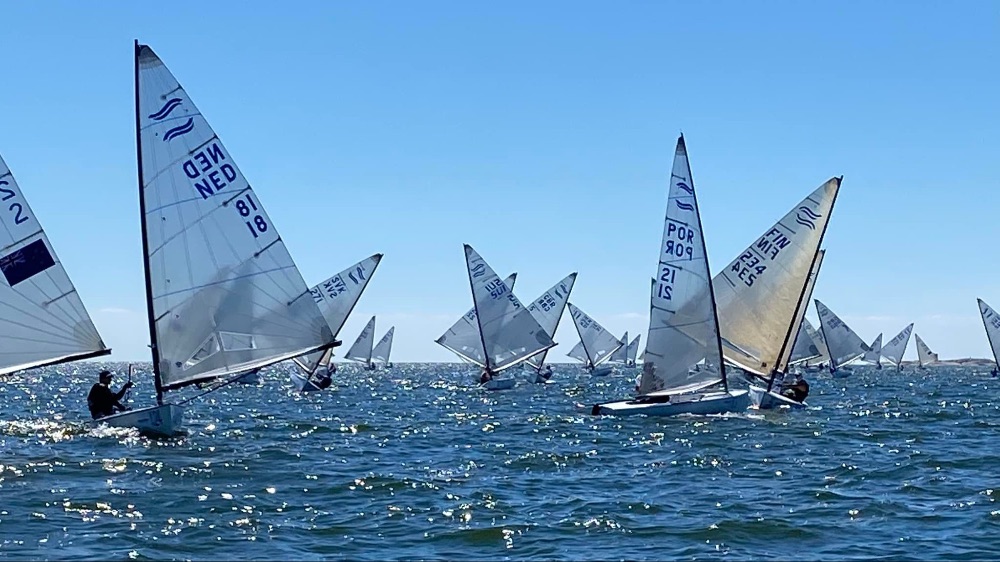 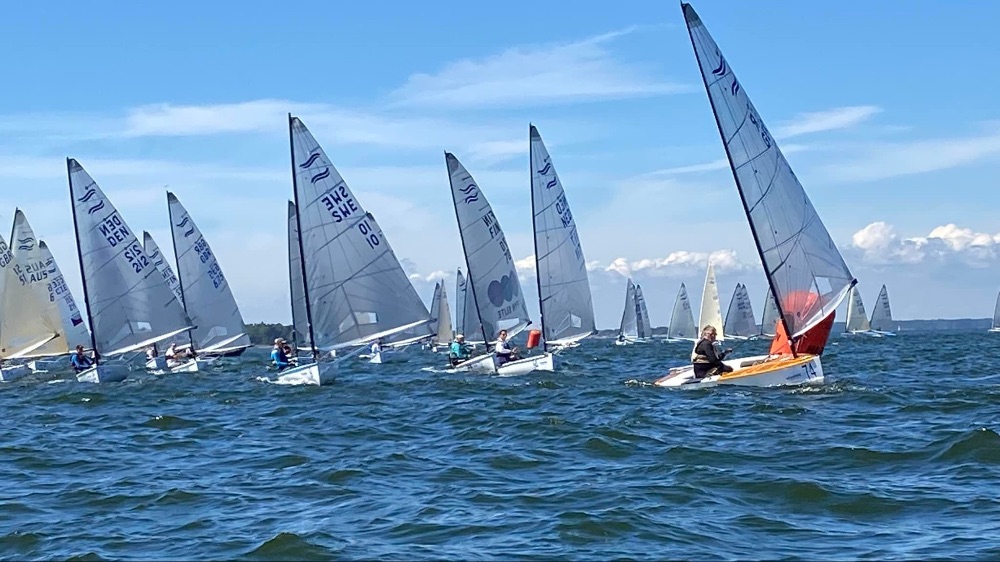