Here is a quick update of the latest developments.

As you may have heard by now the 2022 Open Europeans in Kiel has been cancelled by the club as we did not reach the minimum entry level of 40 boats. In fact, despite the extended early entry deadline we only got to 25 paid entries by Sunday 24 July, when a decision was due to be taken.

This is very disappointing considering the amount of work by the club and IFA to promote and organise the event. When it was decided at the AGM in 2020, there was 100% approval to go to Kiel, but it appears a combination of too many events and lack of interest in Kiel put many off. Many who said there were going did not enter and it became self-fulfilling with a lot of sailors waiting for entry numbers to improve. Nine of those who had entered did not pay the entry fee, so this also contributed the lack of confidence from the club that it could arrange the event successfully.

It would not have been the European Championship that everyone hoped for, so in the end there was only one decision to take. The Executive will review what happened and ensure lessons are learned.

Since then, the IFA Executive has been in discussions with Club Nàutic Hospitalet-Vandellòs, near Barcelona in Spain – which is running the Finn European Masters from September 13-17 – on whether they would be interested in adding the open titles to this event.

We are happy to say this has been approved by the club this week on the following basis.

2022 Open Europeans is being rescheduled for Spain

The event will become the Open and U23 Finn European Masters and will be sailed under the Masters Rules, and not the IFA Major championship rules, as already specified in the Notice of Race.

In short:
• 8 races over 4 days
• Oscar limit remains at 12 knots
• Upper wind limit remains at 20 knots (though this is considered unlikely to be exceeded)
• There will also be an upper entry limit of 125 boats.

The amended Notice of Race will also confirm:

• The title ‘Masters European Champion’ will be awarded to the first competitor in the Masters division irrespective of the national flag under which they compete.

• Prizes will be adjusted to award the top 10 Masters as well as the top 10 overall.

The Notice of Race will shortly be modified to include all the above.

The championship currently has 57 entries.

You can enter here: https://www.cnhv.sailti.com/en/default/races/race-inscriptions/text/finn-european-masters-eng-en

Entry will be closed once the maximum limit is reached and then there will be a waiting list in case any drop out.

There is a lot of interest in next year’s Finn Gold Cup and if all expressions of interest and advance planning are realised, then we are looking at a fleet of 70-80 boats. Currently there are already 30 boats entered.

There are a lot of containers being planned and we have published all the ongoing plans here: https://www.finnclass.org/news/20-news/1166-shipping-options-for-2023-finn-gold-cup-in-miami

If you are interested in sailing in Miami then please make contact with whoever is most convenient to reserve a place in that container.

It is also an excellent opportunity to import boats into the USA and that is also being discussed, so if you want a new boat in the USA, which could also be chartered for the Gold Cup, please also take a look at what is happening.

Please keep checking that page to be aware of all the updates. 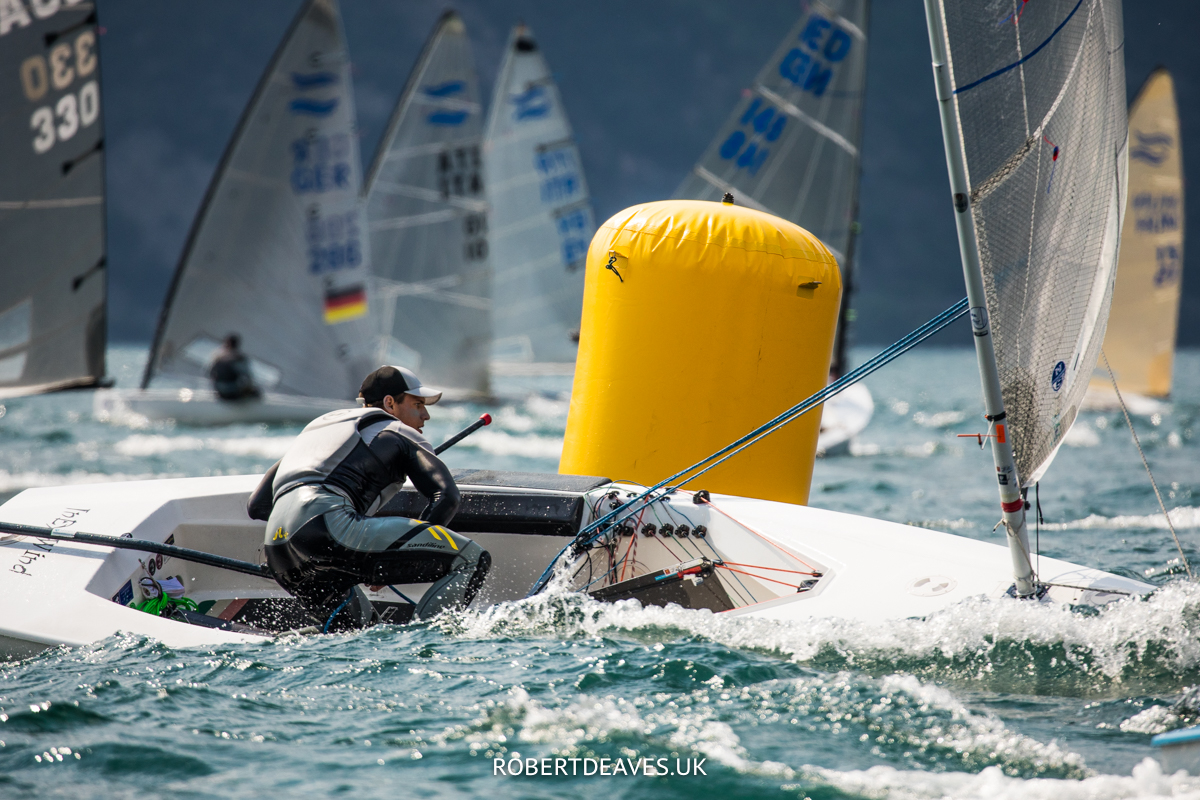 After a lot of discussion and consultation, a first draft is underway to produce a Finn World Ranking List. It is being put together using the major events this year to start things going and the first list will be published after the Finn European Masters.

For sure it will not be perfect, and we expect it to evolve over time as new ideas are incorporated.

The initial concept is:

• All major championships and events
• Two events per member country. These can be nominated by the NCA. While there will be some effort to find the results, in general results will only be included if they are sent to office@finnclass.org
• Each event will have a weighting based on number of sailors, number of nations, number of ranked sailors, importance.
• Age categories will be incorporated at a later date so that U23, Masters etc can be extracted.
• Up to 4 press releases per year
• Probably no more than best 5 results per sailor will count, but this will be monitored. The idea is to encourage each sailor to travel to one or two more events than normal. If it is made too arduous, it will not realise that, so it will be made accessible to the majority of sailors that travel to events. 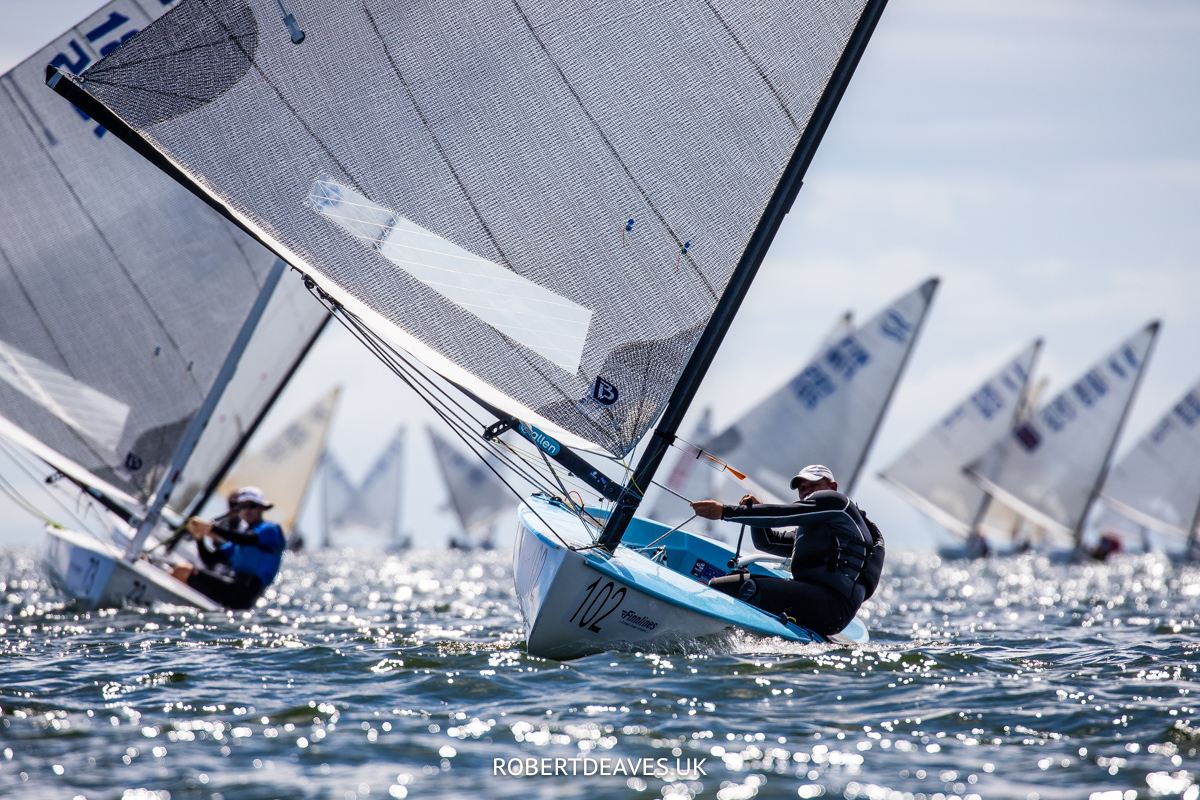 Already there has been a great deal of interest in sailing the double bill of Csopak-Kavala.

IFA would encourage event organisers and National Class Associations to also look at ways to extend a possible ‘tour’ by organising events around these two championships so there is a geographical circuit for those who have the time. A lot of our sailors are retired or have spare time so if an event can added before or after the two major events, it would make the journey far more interesting as well as boosting the domestic fleets.

IFA would also request that National Finn Associations try not to schedule a major event within 2-3 weeks of an IFA major championship, if that would likely lead to reduced attendance at either. Sailors should not have to make a hard decision between attending an international championship or a national championship, though of course sometimes this will be unavoidable.